Since E3 is less than a month away, today I wanted to take a moment to talk about what to expect from Nintendo’s presentation this year when it comes to game announcements.

That said, I present to you my expectations, predictions and wishes!

Games that will be present at E3

So far, we know these games will show up at E3 in some form, be it playable or otherwise:

From this, I think it’s safe to say that we will probably get a new trailer for Star Fox and Shin Megami Tensei X Fire Emblem and that the other three will probably be shown again at the Treehouse Live showcase.

Moreover, from the recent Financial Results presentation Nintendo released, I think it’s also safe to assume that we are getting more DLC for Super Smash Bros. for 3DS / Wii U and Mario Kart 8. We will probably get to see at least two character announcements for Smash and some extra information on new stages and modes. When it comes to Mario Kart, I think we will be getting another two DLC packs announced. I’m personally expecting these new packs to finally bring back Bowser Jr. and R.O.B. as playable characters, and maybe introduce a few other Nintendo characters to the racing game, like Kirby with his Warp Star, Fox with his Arwing, Samus with her ship or Captain Falcon to complement the F-Zero references already in the game.

So, after researching for a little bit and pondering about everything we know, I’m predicting these games will be announced at this year’s E3 presentation:

Let’s cover these one by one, ok?

Rythm Heaven: The Best+ and Girls Mode 3 will have been released in Japan by the time E3 comes around, so I’m expecting them to announce that both games will be localized for Western audiences.

I also believe Mother 3 will finally receive a localization too! After all, they must have had a reason to put Lucas back in Smash before other characters, specifically around the time of E3. They also mentioned they brought him back due to “fan demand”… do you know what else has had a big fan demand for the last few years? Yes, you got it, Mother 3! And don’t forget last year’s joke during the presentation – “C’mon Reggie, give us Mother 3!”

Moving on. With the presence of Star Fox confirmed and the fact that the logo for Project Giant Robot can be seen in one image right next to the Star Fox one in Nintendo’s Financial Results Briefing, leads me to believe both “Project” games will be getting proper announcements this time. Project Giant Robot will probably receive a release date for very soon, while Project Guard will probably be announced for later this year. 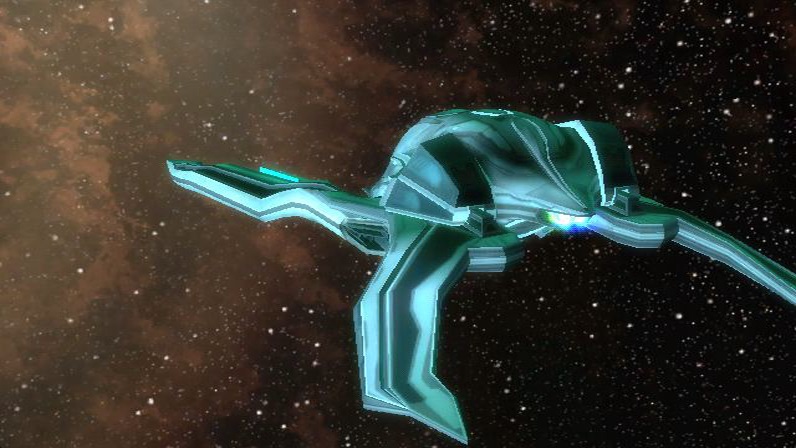 Next, I would like to say we are going to find out what Retro Studio’s secret project is, and it will probably be Metroid Prime 4. After all, the Metroid series can only go in three directions now: a game that follows the tease at the end of Prime 4, a game set after the events of Metroid Fusion or a “random” game that tells us one of Samus’ many missions. That said, I think the most obvious choice is Prime 4, since it will be the same team working on the game. I hope we will finally find out who was following Samus at the end of Prime 3…

Now I want to talk about that Paper Mario rumour that was flying around recently. Taking into account that Intelligent Systems has a team dedicated to Paper Mario games and that said team finished Sticker Star back in 2012, I guess it’s plausible we might get a new Paper Mario game for Wii U. However, I expect them to return to the roots with this one. The last time they listened to Miyamoto, Sticker Star happened, and it wasn’t very well received, so I think this time around they will go with the traditional gameplay they wanted to do last time.

Taking into account this year marks the 30th anniversary of Super Mario, I wouldn’t be surprised if they stated that a new 3D Mario game is in development for either console. Maybe we will even get a new Galaxy or Sunshine game, who knows? 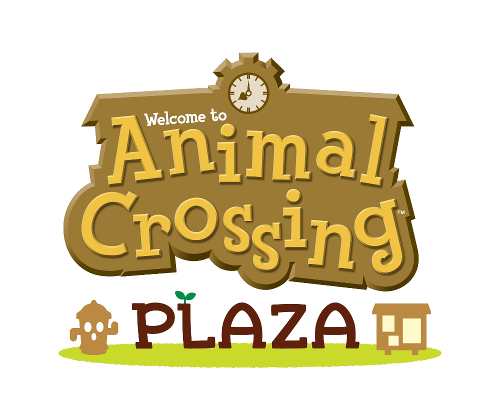 The next most obvious game to be announced, with a release next year, is Animal Crossing for Wii U! This is very simple to explain. First, New Leaf released at the end of 2012, it’s been around two and a half years since then. Second, they went to the trouble of testing the 3D models for all villagers using the Wii U Plaza application and discontinued it at the end of 2014. Finally, they are introducing card amiibos for all the villagers, yet their only compatible game is Happy Home Designer!? I think it’s obvious they have been working on a Wii U game for some time now and are probably going to announce it this year at E3.

Another game we might see is a new Punch-Out!! I say this because of the obvious reference in the E3 plans video announcement and because Next Level Games hasn’t put out a game since the middle of 2013.

Next, let’s talk about Pokémon! So, many of you must already know that Pokémon Super Mystery Dungeon was announced for the 3DS, right? I’m expecting that one to be shown at E3. However, I think the big attraction this year will be Great Detective Pikachu. The game has been in development for the past two years, if I remember correctly, so it’s about time we got to hear about it, don’t you think? Besides that, there’s a rumour that Satoshi Tajiri will be present at E3. If this is true, we might hear about another game, but I don’t think it will happen. Personally, I think they will save the announcement of the next main series games for early next year, as a celebration of Pokémon’s 20th anniversary. I also don’t think we will hear anything about Pokkén Tournament for Wii U just yet.

When it comes to more “mature” games, I’m expecting new trailers and release dates for Fatal Frame 5 and Devil’s Third, since they have been in localization and development for a while. It’s about time we get to know more about them.

With all the crossovers happening nowadays, it wouldn’t surprise me if we got another one. Maybe a crossover with a Level-5 franchise or something, I don’t know.

It also wouldn’t surprise me to see a new game that uses the gamepad heavily, since Miyamoto and one of his team’s have been working on these kinds of projects.

And last but not least, I’m expecting to see a lot of new Amiibo and an Amiibo “hub” game! Let’s face it, they have to make another game like Smash that uses a lot of the available Amiibo or half of them won’t see that much use.I think that a Nintendo Land style of game could work for this purpose.

Now, I want to talk about a few games I would like to see but are probably not happening.

One thing I would love to see this year is a new IP or another IP revival.

I like that Nintendo is trying to create some new stuff lately with Splatoon, both “Project” games and the crossovers, however, I want them to continue doing this! Outside of Splatoon, I think most people won’t be very excited about the “Project” games and Code Name S.T.E.A.M. wasn’t that popular with a lot of people either. So, let’s see some new inventive games that can actually succeed, right? 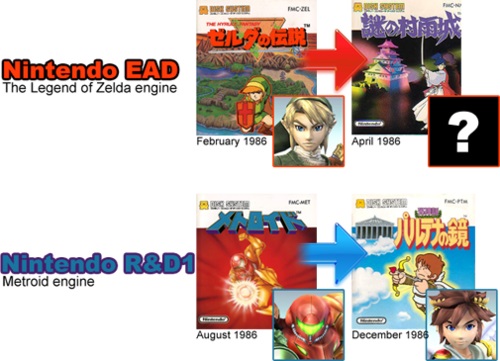 For an IP revival, I would like them to bring back Takamaru and The Mysterious Murasame Castle. This game definitively belongs next to its brothers of 1986, not in the shadows of the past! I think they could make a very interesting action adventure game with references to Japanese mythology, like Tanukis, Kitsunes, Bakenekos or Kappas. Think of it as an hybrid between Zelda, Okami and Samurai Warriors! What do you think of the idea?

I also feel it’s about time Nintendo makes another racing game besides Mairo Kart. Why not give us a new F-Zero, Wave Race or Excite game, Nintendo?

Another series I have missed for a long time is Advance Wars. I really want a new game in that series as soon as possible, but I doubt it will be announced this E3 because the teams at Intelligent Systems have been busy with other things. Maybe the Code Name S.T.E.A.M. team will work on this next, since they just finished that game.

Ah, good old Golden Sun… why must I wait 7 years for a new game every single time!? To be honest, I think we are getting a new game in this series next year, but I feel like this E3 is a little bit to soon for an announcement. After all, Camelot finished Mario Golf: World Tour a year ago, so they won’t be releasing anything new for a little while. Let’s wait and see, it will happen eventually…

Finally, I would like to see another Final Fantasy Tactics game on the 3DS. I miss the “chibi” style Ivalice and my Grias! I hope Square Enix can find some time to make one of these after they are done with the Bravely Default trilogy.

To end this, I wanted to point out a few third party games that I feel might be mentioned this E3:

Level-5 is bringing Yo-kai Watch to the West soon and announced Snack World recently, so I was wondering if they would show us some new information on both games. 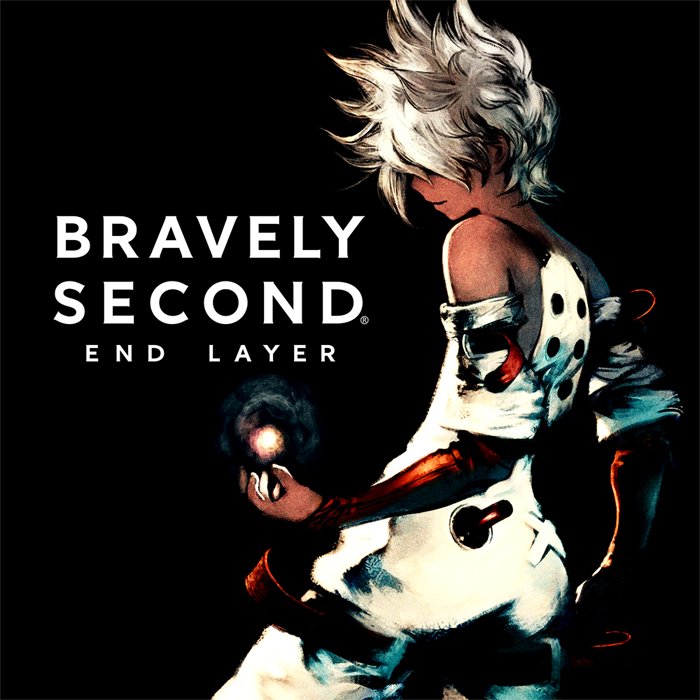 Square Enix and Nintendo will probably show us a trailer for the localized version of Bravely Second End Layer.

Another game we haven’t heard from in a while that is probably going to show up is Bandai Namco’s Project Treasure. Seemed like an interesting Wii U title, but you don’t remember it, right? Let me refresh your memory:

Speaking of Bandai, Project X Zone should be showing up too, since they have been releasing a lot of screenshots and artwork for the game. 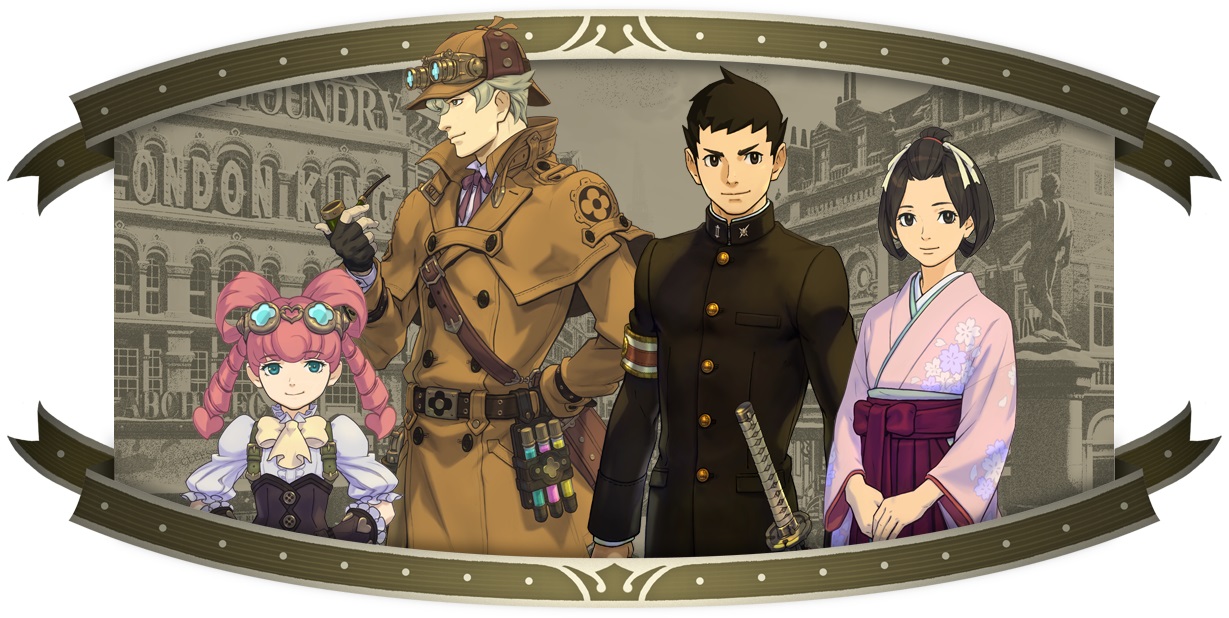 Finally, I wouldn’t be surprised to see a trailer for the Great Ace Attorney. The game is releasing soon in Japan and a localization should soon follow, so we might see at least an announcement in that regard.

And that ends my list of predictions for this year’s E3.

Overall it looks like a promising year when it comes to new announcements, even though Zelda Wii U won’t be present at all.

It should be fun to come back here a month from now and see how many things I got right!

To end this article, let me ask you:

– What are your E3 predictions?

– Do you agree with mine?

– Is there any game you would like to see but think won’t show up?

Until next time, see you around!

wow if paper mario is coming i will be the happiest man alive haha
also fatal fame and devil thirds count me in! if the two game are coming out this year….
MY F*CKING WALLET (CRYING SADLY AND JOYFULLY)