On July 30, they will be releasing not only the game for 4,000 yen, but also various other complementary packages. 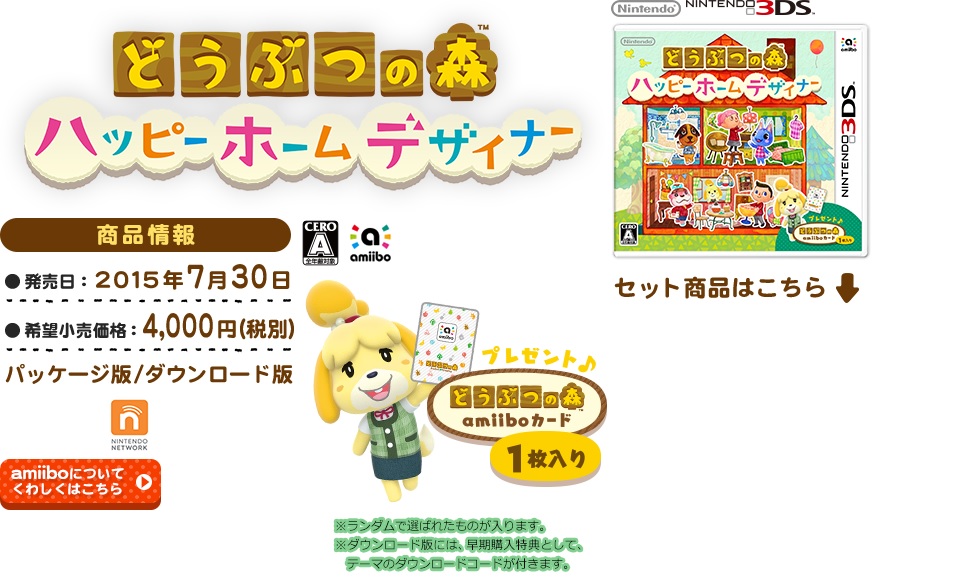 First, we have got the Amiibo Cards (300 yen per pack) and NFC dongle (for 2500 yen) that will allow you to scan the villagers into the game. 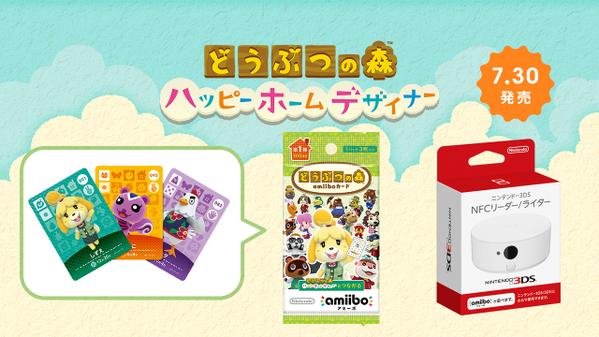 There’s also a bundle containing both the game and NFC dongle for 5000 yen. 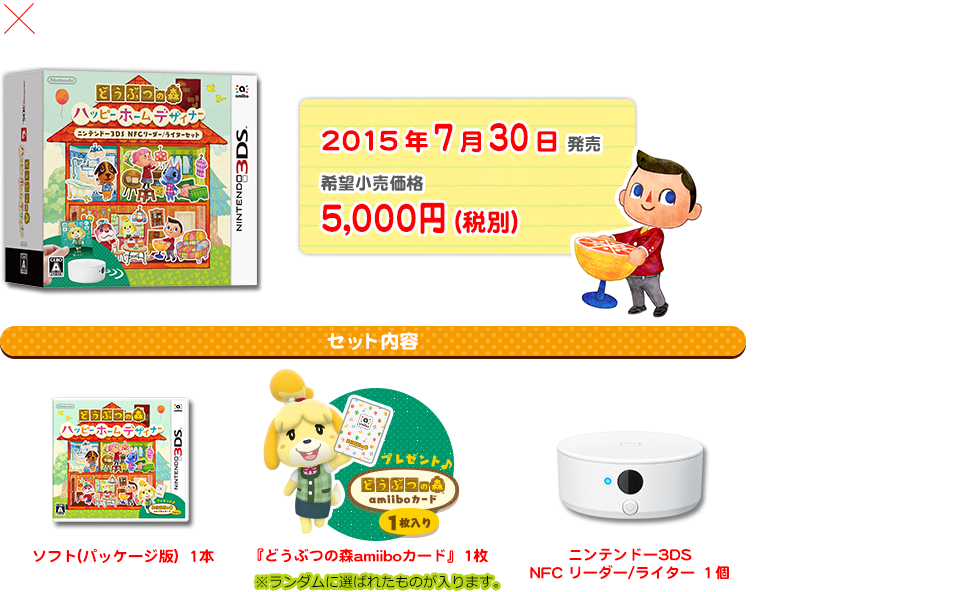 That’s not all, however, because a New 3DS XL system inspired by the game will be launching alongside it on July 30 as well for 22,000 yen. 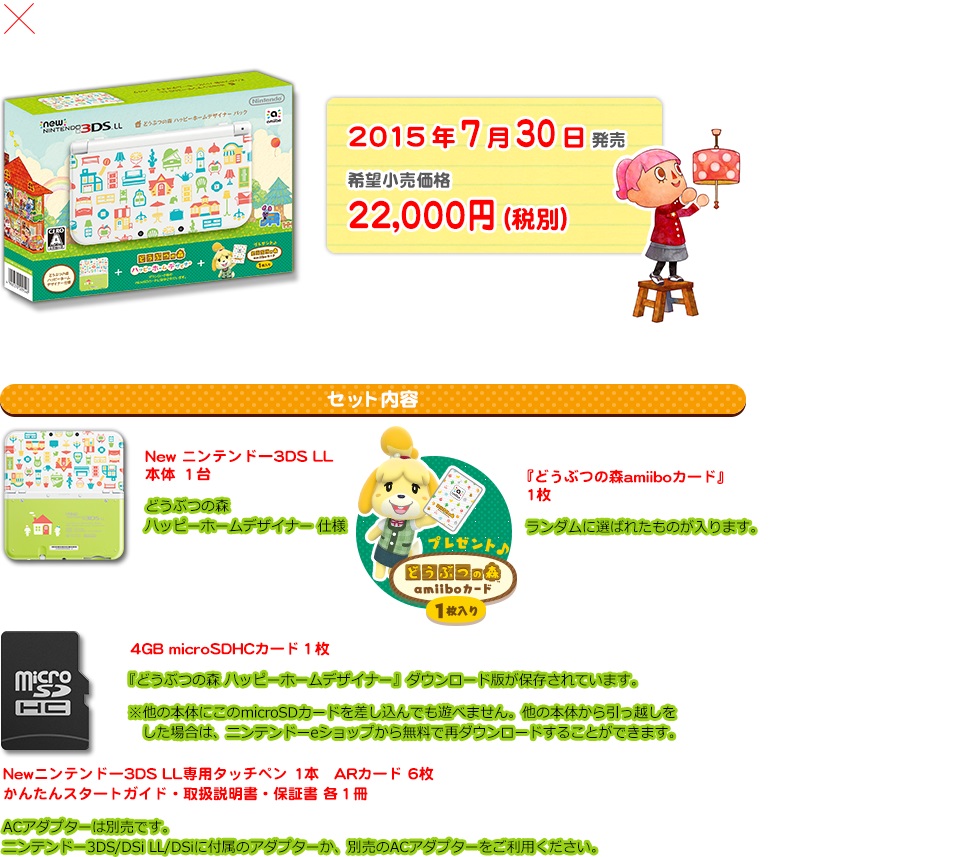 Finally, to top things off, we even have some New 3DS cover plates too. 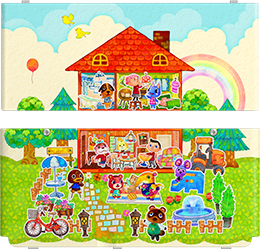 The game’s Japanese website is also now open and you can visit it here.