Nintendo prepared two new Bravely Second videos last week, presenting us with an overview of the game and an explanation of the battle system. You can watch them below:

The latest Nintendo Minute episode also had a focus on Bravely Second, with Kit and Krysta unboxing the Bravely Second Collector’s Edition and holding a giveaway for viewers. Check it out below:

The latest issue of Famitsu magazine introduced some new details about Ace Attorney 6, and in particular about the game’s second episode.

It’s revealed that Trucy Wright and Ema Skye will both be returning in Ace Attorney 6.

On the page with Ema, it’s written: “The day I can openly use my scientific investigation goods has finally arrived!”. Her armband also has an abbreviation of Forensic Investigation.

The Japanese voice cast will be as follows:

Court-Records also translated the new details relating to episode 2 and the Japanese voice cast for the game, which you can find rounded up below:

– Episode two begins during a rehearsal for one of Trucy’s shows, “Trucy in Gramaryeland”.
– During the rehearsal, the body of one of her co-performers, “Mr. Menyo”, appears mid-way through, and moments later part of the stage collapses.
– Trucy is arrested and held responsible for the accidents, prompting Apollo to leap into action to save her.
– One of the new characters is Kanenari Shinoyama (self-styled as “Jack Yamashino”), a famous producer of Nidomi Terebi (Look Twice TV), who’s putting on the special broadcast that Trucy’s magic show is part of.
– The other character is Mimi Nanano, Trucy’s assistant and the “rabbit girl” we previously saw. She seems to be hiding something that requires Apollo to use his Perceive ability on her during the investigation.
– Ema also makes a return, now having achieved her dream of becoming a forensic scientist.
– She’s happier now, but still warns in one screenshot that Apollo would better not touch anything if he doesn’t want to see her angry.
– This brings back forensic investigations, of which two are shown in Famitsu, fingerprint searching and the ability to compare multi-angle videos of the crime scene to look for contradictions.
– Fingerprint searching is now combined with 3D evidence examination, and the investigation memo is also back.

Capcom later updated their website to feature new screenshots and footage from what is described in Famitsu’s coverage. The company has also shared a couple of commercials for the game. You can find all of that below:

Bandai Namco has released two new My Hero Academia: Battle for All videos introducing Izuku Midoriya and Katsuki Bakugou. Give them a look below:

Dragon Ball Z: Extreme Butoden has received a new update during the week. Through it, Bandai Namco added in three new modes and some other extra tweaks.

After downloading the patch, players can now participate in “online mode, training mode to practice your skills and the new extreme survival mode which will push you to the limit”. New Z Assist Characters have also been added, including Goku Farmer, and balance tweaks and adjustments to some character moves have been made.

You can find a trailer for the Dragon Ball Z: Extreme Butoden “Extreme Patch” below:

Players can use it to build each of the nine characters in their party from scratch based on 96 appearance variations and 40 voice options. There are also eight character classes to choose from, which are as follows:

Samurai – The class that loves swords, blades, and anything with a sharp edge.

Agent – The class that shoots and hacks with extreme prejudice.

God Hand – The class that heals allies and bruises enemies with nasty hooks and uppercuts.

Duelist – The class that uses magical cards to summon supernatural beings into battle.

Fortuner – The class that can cast useful debuff effects.

Mage – The class that can unleash the full power of mana.

Banisher – The class that likes to smash.

Shin Megami Tensei IV Final is getting another DLC patch on April 14th in Japan, so a new video has been released by Atlus showcasing the DLC in action, with new fights, dungeons, and even featuring protagonists from the previous Shin Megami Tensei games. Check it out below:

The latest issue of Famitsu magazine features an update on Story of Seasons: Cherished Friends of Three Towns, comprised of four pages with new details about the game.

First off, Story of Seasons: Cherished Friends of Three Towns is now confirmed to feature Nintendo costumes. Players will be able to dress up as Mario, Luigi, Peach and Toad. These costumes will even take on more than just appearance changes, as they’ll have some effects as well. For example, Mario’s costume raises movement speed, while Peach’s costume makes it easier to raise friendships.

Players can also customize their looks in various ways, by changing clothes, accessories, and hair, which includes hair style and its color. Hair styles can be changed at an accessory shop in Tsuyukusa Village.

Another feature included in the game is cooking. You can obtain various recipes, with different effects. Examples of recipes and effects include:

Fishing is another activity available in the game. There will be different fish per fishing location and season, and you can raise fishes in a box at Lulucoco too.

Hinata and Komari are introduced as new bride and groom candidates in Tsuyukusa Village. Komari is a waitress in the teahouse, is cheery and can come off as a tomboy at times. Hinata has dreams of becoming an actor, and heads to the village in hopes of making money for his family.

Other characters introduced in Famitsu include:

– Ittetsu (father/husband): in charge of the food material shop. Is silent and a bit emotionless. Not sure how to approach children.
– Shizu (mother/wife): works at the Dry Goods shop. Is active and cheery.
– Tatsumi (son): personality resembles his mother.
– Yaichi (son): behaves more like his father.

Yo-kai Sangokushi is now out in Japan and seems to be considerably well.

The game moved 270,000 copies during its launch weekend in Japan (April 2 and 3), according to Media Create, who now reports that the game sold through 63.87% of its initial shipment.

For a spin-off, this title’s sales fall short in comparison to the series’ last spin-off release, Yo-kai Watch Busters, since that game sold nearly 700,000 units in July 2015. However, when compared to Pokémon Conquest which was another similar collaboration game (Pokémon + Nobunaga’s Ambition), whose first week sales were of 172,000 units and sell-through rate of 58.43%, Yo-kai Sangokushi sold much better in both fields. Given that, one could say that it had a good debut and is already a bigger success.

Meanwhile, Famitsu managed to interview two of the most important people that made the collaboration title possible, Level-5 CEO Akihiro Hino and Koei Tecmo CEO Kou Shibusawa. In it, it is discussed how Yo-kai Sangokushi came to be, what measures were taken to try to make the game appealing to kids, and how the partnership between the two companies unfolded, among other things. You can find a translation of the interview over here, thanks to Nintendo Everything.

Finally, you can take a look at some Yo-kai Sangokushi gameplay below, courtesy of NintenDaan:

Spike Chunsoft has released a new batch of screenshots from Zero Time Dilemma, this time with the game specifically running on 3DS. Check them out in the gallery below:

Moreover, a special Zero Time Dilemma pre-order bonus for Japan has been unveiled. It’s a “Kyokugen Dasshutsu (Zero Escape)” Premium Booklet, featuring a prequel written by Kotaro Uchikoshi and some creation materials. The 48-page, A5-sized, full-color booklet has illustrations from character designer Rui Tomono, plus a summary of the previous games, background design, and a booklet-original “mystery”. 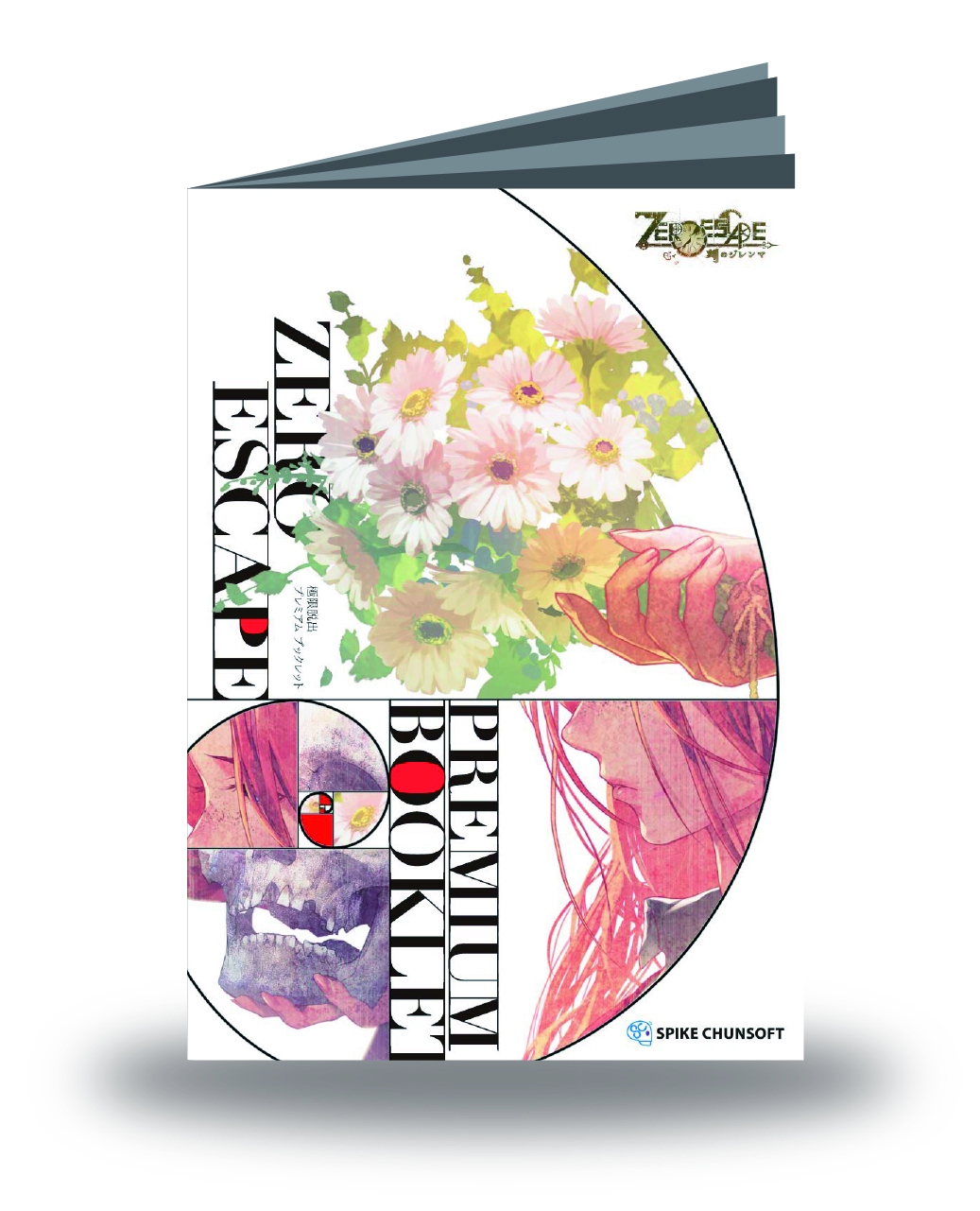 Kemco has released yet another RPG on Thursday in Europe, this time for the Wii U. Below you can find the trailer and some gameplay footage from Asdivine Hearts.

Disney Art Academy is now out in Japan, so NintenDaan recorded an extensive look at it, which you can find below:

The official Minecraft Twitter account has announced that Minecraft: Wii U Edition will be getting a disc version “soon”, as expected, but a specific date was not included in the tweet.

Hey! Minecraft: Wii U Edition is already available on the Nintendo eShop, but soon you’ll be able to buy it on disc in stores! Waa hoo!

Meanwhile, Minecraft: Wii U Edition did get its fourth patch. It makes some notable additions, including a Story Mode skin pack, achievements, support for Wii Classic Controllers, and more. A slew of fixes and improvements to sprint control have been implemented as well.

Here are the full patch notes:

Added Huge Mushroom Blocks to the Creative and Superflat menus.

Fix for Slimes not spawning in certain Swamps and Slime Chunks.

Fix for Potion of Swiftness, Potion of Slowness and Speed bonus of Beacon having no effect on the player.

Fix for teleporting a player while they are sleeping in a Bed not working properly.

Fix for some chunks in the Overworld not generating for clients of a multiplayer game.

Fix for issue where Experience Orbs could not be obtained by some trades with Villagers.

Fix for MCCE #659 – Doors have a weird texture on top when open (And other sides).

Fix for MCCE #483 – Camera jitter and player unable to move when looking at chest you are standing on.

You can also take a look at some gameplay footage of these new additions in action thanks to Snorth93‘s video featured below: