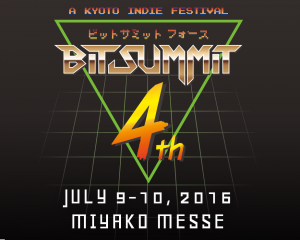 Nintendo has always had more of an indie presence in North America and Europe over the past few years. But in Japan, you don’t really hear too much about what’s happening there, since Nintendo has been a bit closed off until recently.

Thanks to the introduction of the Nintendo Developer Portal it’s now easier than ever for indie developers to put their games on Nintendo systems regardless of region, which is starting to change things. Nintendo also participated in BitSummit this year, which further shows will on their part.

Famitsu recently spoke with Nintendo about these indie initivates in Japan during a brief interview. If you are interested, you can find a translation of it over here, at Nintendo Everything.

Mortar Melon by Mudvark Games was previously launched in North America last August, and is now being released in the European eShop on August 11 for €5.00.

Here’s an overview of the game and some screenshots:

“Drag the mortar, aim, and fling the melon to collect the fruit! Whizzing through the air you’ll fly across the world, tapping and dragging your environment to release the juicy goods! Look out for pointy objects or you’ll explode on impact, sending melony chunks and pips flying! It’s a crazy, fruity, physics machine.” 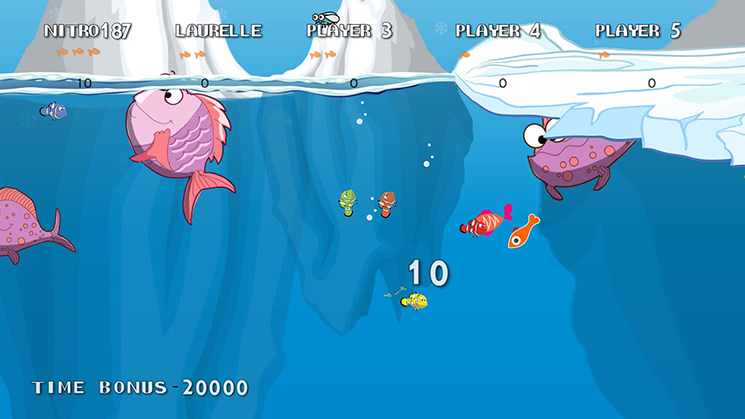 Nitrolic published Plenty of Fishies in the North American Wii U eShop way back in December 2014.

It’s now coming to Europe and Australia on August 11.

Plenty of Fishies releases on August 11th for Europe & Australia! Plenty of Fishies finally releases for the rest of the world to enjoy next week! I hope you guys all enjoy it… can’t wait to see the high scores! 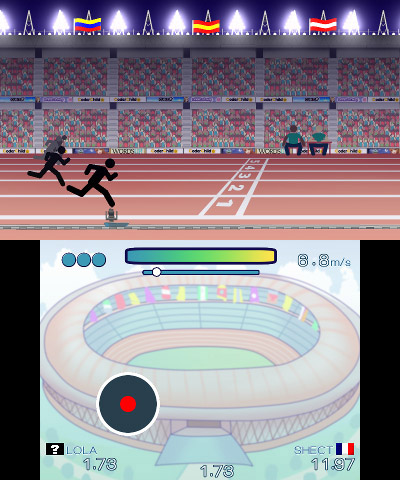 Stickman Super Athletics has been confirmed for release in Europe on Thursday, August 11, through the weekly Nintendo Download report shared last week.

In North America, we now know that the game will release on the same day, according to an eShop listing, and will cost $2.49.

Joindots has set down another release date for a game coming to the European 3DS eShop. Jump Trials Supreme will be available on August 18 for €4.99.

The G-Style action-adventure game originally made its way to North America in late December 2013. Here’s an overview of the game:

Run and jump as fast as you can across obstacle courses in a desperate race to reach the goal in 10 seconds!

Can you reach the goal within 10 seconds?

Every split-second counts as you race across obstacle courses, leaping from platform to platform, in a desperate race to reach the goal in 10 seconds.

Dart across moving platforms, seesaw lifts, spring pads and conveyor belts to cross the stage as quickly as possible, but be wary of spikes and electric shocks! Even one touch is fatal!

“Supreme” is the third in the series and packed with new stages, features and game modes! It looks and sounds great too with all new animations, lush backgrounds and improved sound!

– Double jump with the new Air Jump to leap further!
– New items including air fans and jump recovery points!
– Try the new Course Attack Time mode! With 300 seconds on the clock, see how quickly you can complete a course of 10 stages.
– Compare your best times against others with Internet Ranking!
– Receive new Master grade stages via SpotPass!
– More than 100 new stages to test your resolve!

Here’s an overview of the game, and a couple of trailers:

The classic word-fit puzzle. Place words into the grid using their length as a guide, and using logic to make sure everything overlaps correctly!

Make new words by changing one letter at a time. Can you turn one word into another in a limited number of steps?

A cipher puzzle (also known as a cryptogram) which reveals a quote when you crack the code!

Place nine letters according to usual sudoku rules. As an extra clue, one row or column will spell a word.

Several words have one letter missing. Deduce the correct letter to fill in the gaps and spell a new word!

Drawing inspiration from Minesweeper, the clues tell you which letters can be placed in an adjacent square. It’s a crossword-style puzzle solved using logic!

Nnooo has announced that The Legend of Kusakari will release on August 25 in North America, Europe, Australia, and New Zealand.

You can find more information on the game and a trailer below:

“In The Legend of Kusakari you play the role of Shiba Kari, a humble grass cutter who keeps the fields clean so brave warriors can focus on defeating evil and in doing so, eventually defeat the Demon King. While cutting the grass Shiba Kari has to avoid the battles going on around him as well as the slimes, dragons and other objects trying to distract him from his heroic task. He can level-up his scythe within each level of the game by cutting more grass and use this to unleash a powerful grass-cutting swing. He literally lives to cut the grass, so if he stops even for a short period he will lose health which can be replenished by finding and cutting a clump of life-giving blue grass. The faster Shiba Kari completes each level, the higher his rank will be for that level. On completing each level he is rewarded with a fanfare from the good king’s band, in which one of the trumpeters is not quite as proficient as the other band members.

The game’s 50 levels are expected to take players around 10 hours to complete. There are an additional 10 levels to unlock which can take up to another 10 hours to finish. There is also a Green Thumb Almanac system, a book which documents all the different types of grass, plants and weeds you cut. There are various conditions under which players can get each collectible plant which will require them to attempt different ways of playing the levels to unlock them.

The game also has an endless mode where the grass keeps spawning for as long as Shiba Kari can stay alive to cut it. Finding and cutting the elusive blue grass is the key to survival in this mode. Fortunately there’s a map and a sprint ability to help him survive. Online leaderboards for this mode will turn you from humble grass cutter to legendary lawn-mowing champion!”

Indie developer Chris McFarland is bringing his “2D indie action roguelike-inspired platformer” to Wii U after coming out on other platforms last year. It’ll now release on the eShop on September 1 in North America, Mexico, and Brazil.

You can find more information about it below, followed by a trailer.

Dust off your shields and polish your axes. Prepare to see how many rooms you (and your friends!) can clear. Will you reach Room 10? Room 20? Room 60? How far can you make it?

Lady Tallowmere has placed many an enemy to keep you at bay, though she is equally generous with the amount of treasure you can acquire – with stealth-enabling daggers, teleporting katanas, fragile ice wands, explosive rocket launchers, and more – ranging from Basic to Otherworldly.

As her dungeons come in the shape of a 2D platformer, you can expect a lot of jumping, coupled with the occasional explosion and mangled corpse.

Supporting 1-4 players, you’ll be able to delve solo with the Wii U GamePad, or additionally connect up to 3 Wii U Pro Controllers and/or Wii Classic Controllers to plunder and loot with your friends with local shared-screen couch co-op. You’ll be able to track your greatest efforts with a local high score board, and there’s plenty of achievements to strive for.

Shantae and the Pirate’s Curse 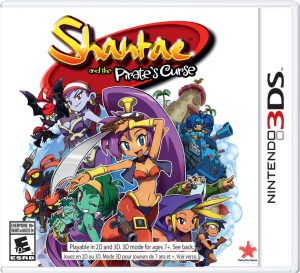 Rising Star Games has now officially announced that the retail version of Shantae and the Pirate’s Curse on 3DS will release in North America on September 27, while the European release is scheduled for September 30. Pricing is set at $29.99 / £29.99 / €29.99.

WayForward is including some new content in the game too, since the new physical version will include “Super Shantae Nab!!”, a new arcade-style game.

Here’s an overview of Shantae and the Pirate’s Curse:

“In Shantae’s third and biggest adventure to date, the hair-whipping belly dancing genie must team up with her arch-nemesis, the nefarious Risky Boots, in order to save Sequin Land from an evil curse. By becoming a pirate, Shantae gains new weapons she can use to solve fiendish puzzles and battle fierce bosses.”

Over The Moon brought The Fall to Wii U two years ago, and the second part of the trilogy, Unbound, is now confirmed for launch on the console in Q1 2017.

The Fall Part 2: Unbound begins from the conclusion of the first game. There will once again be Metroidvania-style exploration, with ARID needing to meet and control different robot bodies that have unique personalities and quirks.

Over The Moon is also hoping to bring in new players by discounting the first game. Players can expect a discount of 80%-90% sometime this month.

Finally, you can watch a teaser video from the PS4 version below:

The Legend of Dark Witch 3 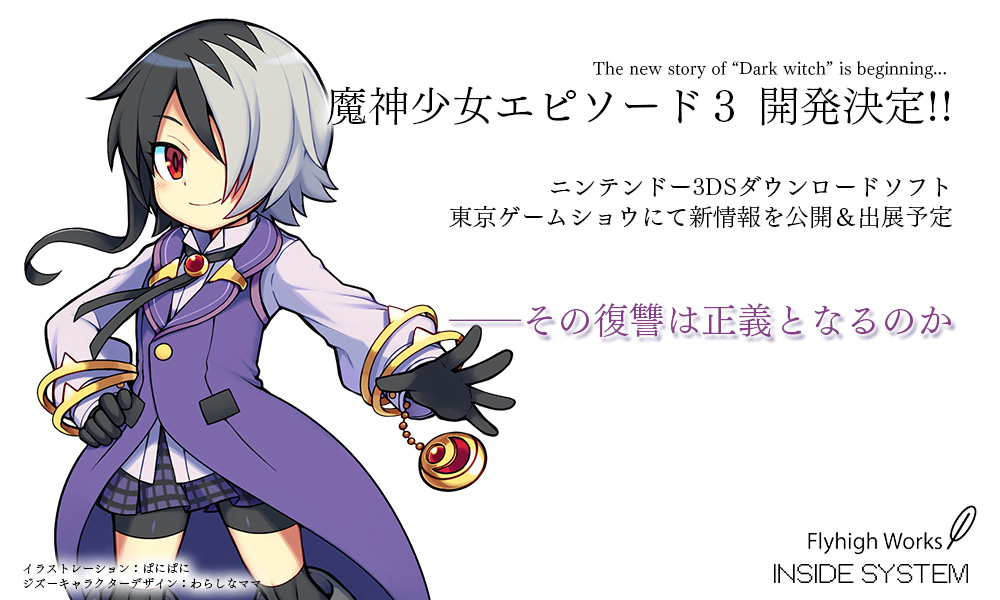 Flyhigh Works and Inside System have announced that The Legend of Dark Witch 3 is now in development for 3DS. A teaser site can be found over here.

Other details are being kept under wraps for now. However, we do know that the game will be shown at Tokyo Game Show next month.

Circle Entertainment will probably localizing The Legend of Dark 3 for North America and Europe too.

Collateral Thinking, a Wii U exclusive “arcade-style action platformer”, has just received its first gameplay trailer. Check it out below:

Zordix is almost ready to launch Aqua Moto Racing Utopia on Wii U later this summer. You can find several new pieces of gameplay footage below (it’s in German though).

Gotta Protectors is now out on the North American 3DS eShop. You can take a look at some gameplay footage below:

Overworld Defender Remix was also recently added to the North American Wii U eShop. That said, you can now find a few minutes of gameplay footage below, showing off what the game has to offer.