Ratalaika Games’ Blasting Agent: Ultimate Edition is releasing in the European and North American eShops on August 18 for both the 3DS and Wii U. Pricing is set at €2.99 / $2.99.

Here’s an overview, some screenshots, and a new trailer for Blasting Agent: Ultimate Edition:

The Black Hand of Fate, an international Terrorist Group, has constructed a secret base within the heart of a Volcano, and has built a massive army of bio-engineered soldiers and genetic monsters to take over the world! You are the only one that can put a stop to their dastardly plans. You are the Blasting Agent! 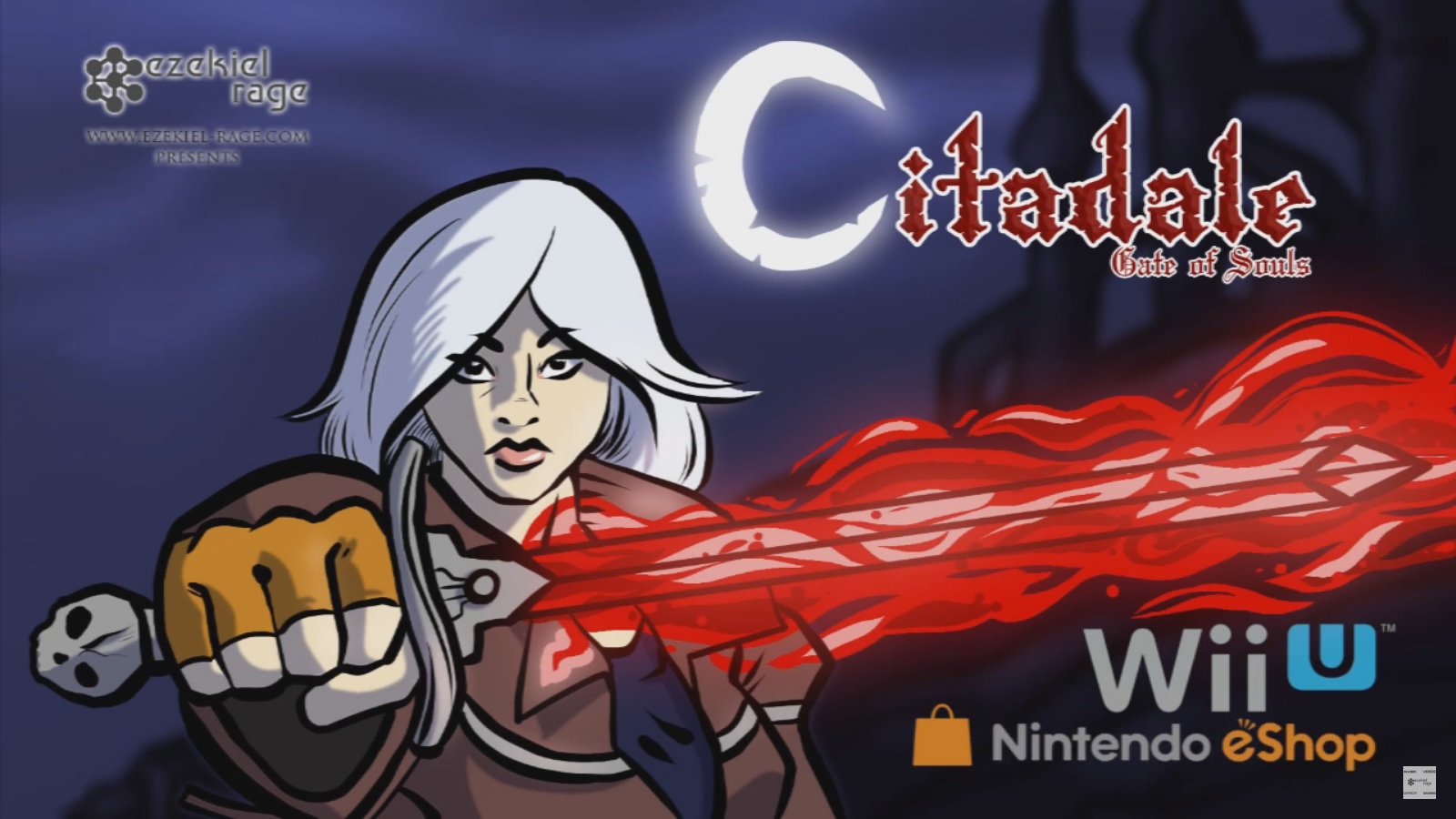 Ezekiel Rage, the developer behind Citadale: Gate of Souls, has confirmed that the game is making its way to the European eShop on August 18.

There’s still no word on a North American release date for now though. 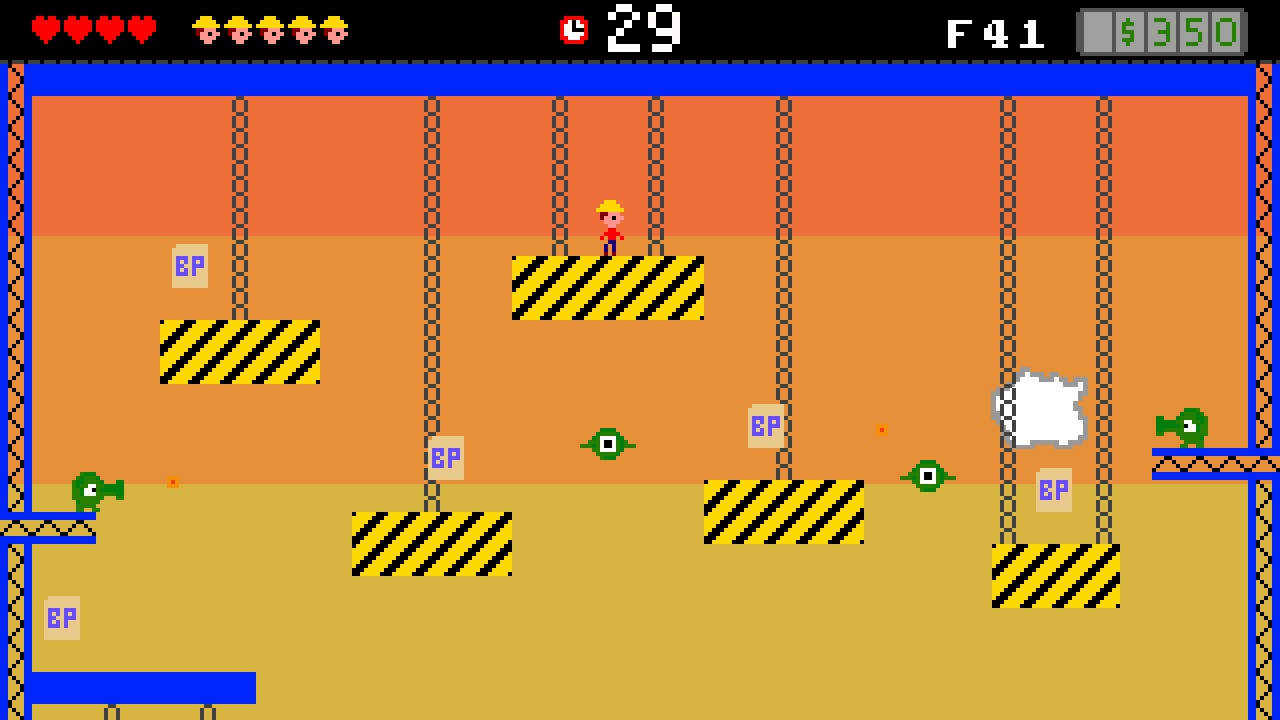 Collateral Thinking was supposed to release on the North American Wii U eShop on August 11th, however that didn’t happen, with developer Astrosaurus Games informing us that a “few paperwork hiccups” resulted in a short delay of the game.

Collateral Thinking will now be released in North America on August 18, the same day as the PAL release, so all territories will be conveniently receiving it at the same time.

Circle Entertainment has recently confirmed a release date for its 3DS eShop game Kingdom’s Item Shop. On August 18, it will be launching in North America.

Here’s the official news from Circle’s Twitter page, which come along with a trailer:

Rising Star Games and Delve Interactive have now announced that the Wii U version of Poncho will be released on August 18 in North America and Europe. It will cost $9.99 in North America, so it presumably will have a similar price in Europe.

You can find an overview, screenshots, and trailer for the game below:

A robot, a poncho and a journey of discovery! Make your way through this world of pixelated parallax platforming to solve the ultimate puzzle: who is Poncho?

The world is ruined; mankind is gone and all that remains are robots. But for Poncho, the adventure is just beginning! Explore an open world full of colorful characters, leaping between parallax layers to overcome obstacles and solve puzzles. Can you make it to the Red Tower, meet your Maker and ultimately save humanity?

A 2D world with 3D thinking! Use brains as well as platforming skill, moving back and forth through Poncho’s world as well as left and right to progress.

Discover new challenges around every corner: platforms that move when you do, areas that switch from 3D to 2D and back again, shifting walls, seemingly impossible ascents and much more!

Axiom Verge might be making its way to Wii U in September, since the eShop briefly displayed a date of September 1. It also showed the game for a short time as an upcoming title, but has since been removed from the section in question. Visiting Axiom Verge’s eShop page now simply shows the usual date of “TBD”.

This implies one of two possibilities. Either Nintendo didn’t want folks knowing about Axiom Verge’s release date yet, or some kind of mistake was made. However, September 1 would fit in with the planned summer launch of the game.

You can find an overview and some screenshots from the eShop listing below:

“This is the action-adventure you’ve been waiting decades for. After a lab accident, a scientist awakens in a mysterious, alien world. Is this a distant planet? The far future? Or a complex virtual-reality computer simulation?

Plumb the recesses of a large, labyrinthine world in order to learn its secrets and uncover your role within it.

Discover tons of weapons, items, and abilities, each with their own unique behaviors and usage. You’ll need your wits to find them all.

Combat bizarre biomechanoid constructs, the deadly fallout of an ancient war, and the demons of your own psyche.

And finally, break the game itself by using glitches to corrupt foes and solve puzzles in the environment.

Image & Form recently announced SteamWorld Collection for both North America and Europe, a physical version bundling SteamWorld Dig and SteamWorld Heist together. It will also be included in a new “eShop Selects” label in Europe, while Rising Star Games will hande it in North America as a standard release.

Like confirmed before, SteamWorld Collection will be heading to Europe on September 30, and North America on October 11.

Here’s a new teaser video, that also gives us a quick look at the boxart for the collection:

SteamWorld Collection for Wii U hits stores on Sep 30th (EU) and Oct 11th (NA). Will you play Heist or Dig first? pic.twitter.com/sVGHkR9NfA

Earlier this year, Rain Games revealed World to the West, a new project from the same team behind Teslagrad, and actually set in the same universe.

World to the West sees players going on an adventure as they assume the role of four characters: “Lumina the Teslamancer, Knaus the orphan, Miss Teri the mind bender and the gloriously mustachioed strongman, Lord Clonington”. You’ll explore various environments such as jungles, tundras, and the mysteries of an ancient prophecy.

At the time, no platforms were announced for World to the West, but Wii U is on the developer’s radar apparently, and nothing can be confirmed about the NX so far. Nintendo will be showing an early build of said title at Gamescom 2016 pretty soon too.

You can find a summary of features and a trailer for World to the West below:

– Play as four heroes, each hailing from individual nations and possessing unique identities and abilities.
– Explore a vibrant world filled with characters who have their own helpful and not-so-helpful agendas.
– Experience seamless transitions between combat and puzzle solving that keep you on your toes.
– Face your enemies head-on with brute force, convince them to see things your way or avoid them altogether. It’s your call!
– Uncover secrets, more secrets and secrets inside secrets. Exploration is key to unveiling World to the West’s mysteries.
– Set in the Teslagrad universe, encounter both new and familiar faces.

Ambition of the Slimes

Circle Entertainment recently brought Ambition of the Slimes to the 3DS eShop, and released an introduction video to cement the fact. Check it out below:

GameSpot has shared another 9 minutes of footage from Mekazoo. Get a look at the latest gameplay below:

New gameplay footage from the upcoming indie title RIVE has been released. Check it out below:

Tadpole Treble is now out in the North American Wii U eShop, and to download the game you’ll need 735MB of free space.

You can also take a look at some gameplay footage in the video below: