Among this year’s winners, a few Nintendo related games were chosen. These include:

You can find the full list of award winners here.

Nintendo recently released another batch of artwork from Super Mario Maker. You can view it in the gallery below:

Nintendo Everything uploaded some footage from Gamescom where Nintendo showed off the English build of Xenoblade Chronicles X. If you would like to check that out, you can do so in the video below:

The results of the 3rd Western Splatfests are now in. Check them out below. 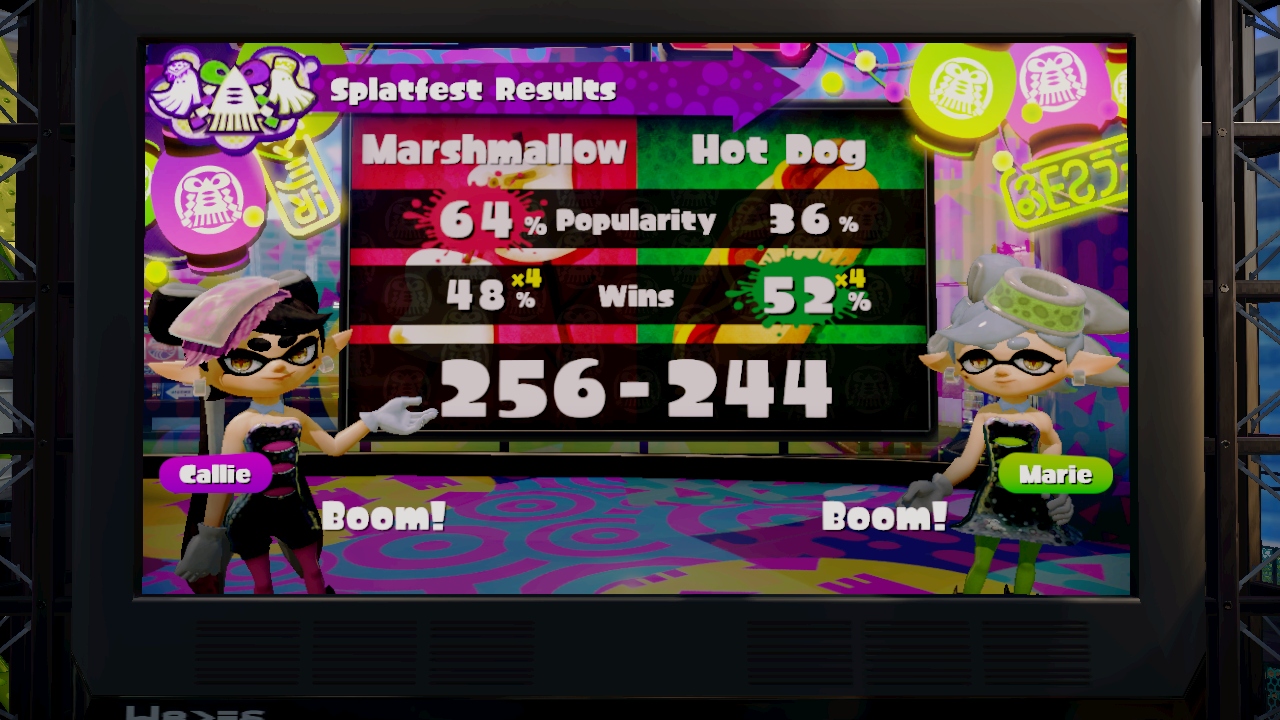 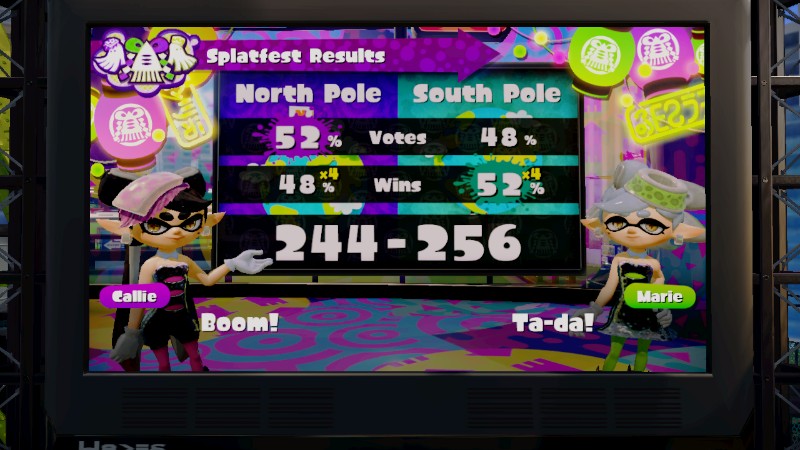 Next, we have two new maps that Twitter user “DrLilRobot” appears to have uncovered. These were actually briefly shown in the recent Japanese commercial I posted a few days ago.

One of the maps seems to be set in a brigde under construction, while the other appears to be located in some sort of apartment complex.

You can check out the few images uncovered in the gallery below:

Finally, we have another interview with Hisashi Nogami, one of the game’s producers, from this month’s issue of Nintendo Dream.

While discussing the origins of Splatoon, Nogami commented on how program director Shintaro Sato came up with the idea of inking. Sato wrote a program for a drawing system, which included affixing textures on models and processing shadows. Then he thought at the time, “If I replace a shadow with the possibility of repainting with a color, wouldn’t that be a new way to play?”

Nogami next spoke about the decision to feature 4 on 4 matches in Splatoon:

Nogami: It’s not like we couldn’t have made 3 vs. 3 battles, but if just one player is splatted, the balance changes drastically and the enemy team can make a push in one go.

Nogami: On the other hand, when we tried increasing the number of players, the effect of splatting one person was small.

Nogami: However, when we tried 4 vs. 4, just splatting one player got the other team into a quite unfavorable situation. It is like a power play in ice hockey.

After that, Nogami and Nintendo Dream exchanged some thoughts about how the Super Jump feature was born:

Nogami: Director (Tsubasa) Sakaguchi came up with the Super Jump function, but utilizing the Gamepad was one of the development themes from the start.

Nogami: To tell you the truth, when Super Jump was implemented for the first time, the characters were still rabbits.

Nogami: But when the characters were changed to squids, there was a concern as to whether they could jump…

Nintendo Dream: There are squids that leap into the air, right? (laughs)

Nogami: That’s right. Therefore there is some kind of logic behind it (laughs).

Finally, Nogami talked about other title ideas they had for Splatoon. One major contender was Ikasukiz.

Ikasukiz has four meanings: ‘Ika’ (squid), ‘Ikasu’ (being stylish), ‘Kiz’ (kids) and ‘Sukiz’ (squids). While it would have been a fitting name, Nogami explained that Ikasukiz would have only worked in Japan. Since the team wanted to have a common title worldwide, Splatoon was chosen in the end.

The first collaboration is another deal coming from Square Enix’s Tetsuya Nomura and it seems to be very similar to what is already being offered in Monster Hunter 4 Ultimate. The other collaboration involves the Sanrio mascot Kirimi-chan.

After Monster Hunter X launches, players will be able to take on new quests, which will allow them to get the necessary items to make these collaboration items. 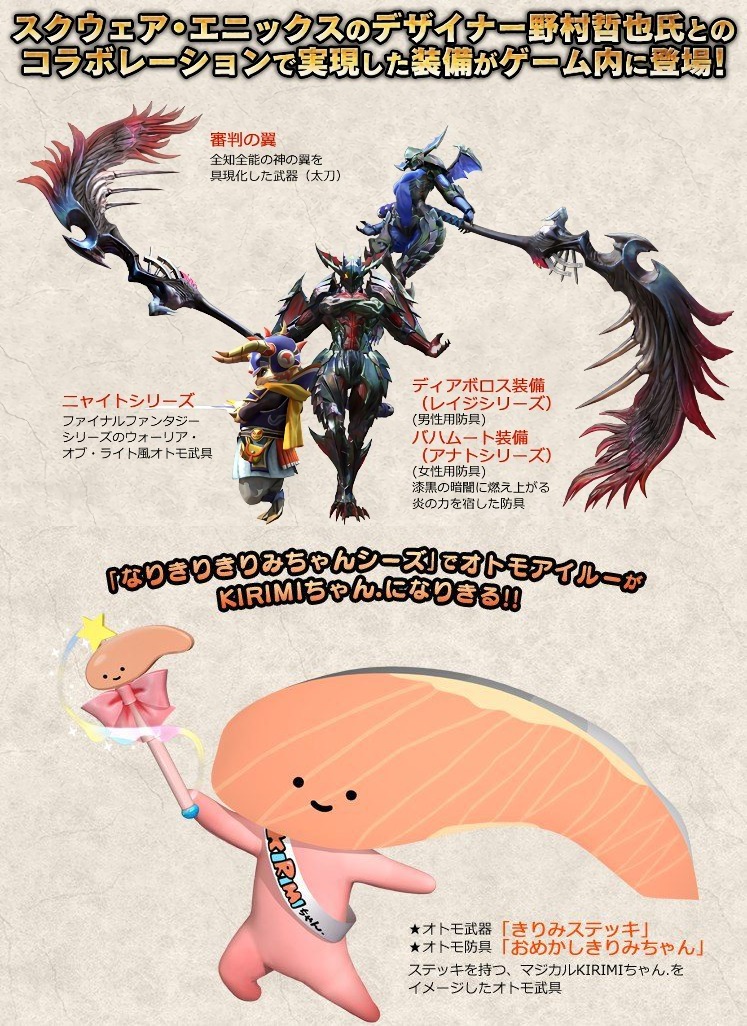 You can also watch the latest commercial from the game below:

In this week’s issue of Famitsu, an interview with Koki Kimura brought us more details about Monster Strike, which he is producing. In it, Kimura talks about the amount of content in the game and confirms some plans for local multiplayer, among other things.

I quoted Nintendo Everything’s translation of his quotes below:

On how much volume there is in the game…

When it comes to the RPG section, we are anticipation there’s as much volume as in a usual title. Of course, we are also considering creating content that you can enjoy even after finishing the storyline. By the way, we don’t have plans to implement a similar payment system to the mobile version.

On how the story progresses…

It’s still a secret. Although this game and the anime shares the same world and characters, the target audience is a little different. The anime is targeted to middle school boys, while this title is created so that younger people, even elementary school students, can enjoy the game.

On whether it uses connections such as the Internet…

We are planning to support local play in this title so that players that gather together can enjoy the game. I’d also like to use the StreetPass function of the Nintendo 3DS.

Although the systems and monsters in the 3DS version are created based on the mobile game, there are original elements like exploring villages, so we are planning to add things that aren’t in the mobile version. For that reason I’d want people that have played the mobile game to enjoy this title and of course kids who don’t have a smartphone, too. Please look forward to follow-up information.

IGN recently uploaded another video showcasing the Challenge mode of Mega Man Legacy Collection. You can watch it below:

In a recent Dual Shockers interview, Final Fantasy XIV Director and Producer Naoki Yoshida stated that he’s interested in possibly bringing the game to Nintendo’s NX. However, he told them that he’s waiting to know more about the NX, like when the console will be released, and then the company would need to talk with Nintendo about the policies regarding cross-platform gameplay before a port of the game can be considered.

Isn’t it weird how Square Enix is showing so much interest in the NX? I’m honestly really amazed at this when they haven’t supported Nintendo’s home consoles that much in the past… O_O’

And that’s all the news for this weekend! Enjoy everyone!

Splatoon
Even though I hate Splatfest, I ended up playing 3 and a half hours of it…
I’m looking forward to those new maps and Rainmaker on-top of that! 🙂

Final Fantasy 14/XIV
I’m really starting to think the information that I passed onto you from that youtuber is really true… because out of all companies; the one that ditched Nintendo home consoles just before N64 is so heavily interested in the next console so much that they’re drumming up hype [for two games] before the console even has an official name or actual details released.
Yeah, I know Square-Enix made a few games for the Wii; but nothing to the scale of Final Fantasy XIV or Dragon Quest XI. (Correct me if I’m wrong there)
Did the Director/Producer mention anything about Specs? Just waiting for a Release Date and information on Cross-platform play… only?? That’s an immediate “woo-hoo!” right there… I really like to think that Iwata had input on this and he was leading Nintendo into the modern electronics market leading up to his untimely death. 🙁