Nintendo has recently released a few new trailers for Dragon Quest VIII: Journey of the Cursed King. The first of these is a trailer showcasing the various features of the RPG, while the other two are character introductions for Morrie and Red. You can find these trailers below.

Square Enix has recently shared an update on Dragon Quest XI during a stage show at Jump Festa.

The following details were provided, which Gematsu translated:

A young man who lives in the calm village of Ishi, and was brought up soundly by the people of the warm village. His adventure starts on the day he turns 16.

A reliable partner, he’s the blue-haired thief that the protagonist encounters on his journey. There’s a rude side to his behavior and speech pattern, but he also possesses a strong sense of duty and a warm heart. As a partner used to the ways of the world, he supports and guides the novice protagonist.

The world of Dragon Quest XI is called “Rotozetasia”, and features a World Tree at its center. It’s said to have a vast map that won’t betray the player’s expectations.

The Casino and “Puff Puff” ability are back. The casino will let you play slots, poker, and various mini-games that differ based on the hardware.

3DS will support Streetpass, while other charming elements are being prepared for the PlayStation 4 (and possibly Switch?) version.

The game’s teaser site is now open and can be found over here.

Below you can find the game’s debut trailer / opening movie, the Jump Festa stream recording, some gameplay footage, and a few screenshots.

To celebrate, the Ace Attorney artists have created some special artwork, which you can find below. The artists who participated, listed from left to right, are: Tatsurou Iwamoto, Takuro Fuse, Tatsurou Iwamoto, Kazuya Nuri.

Capcom is now offering Monster Hunter Generations players some free items to help them on their quests to celebrate the holidays.

Players are being given the following gifts: 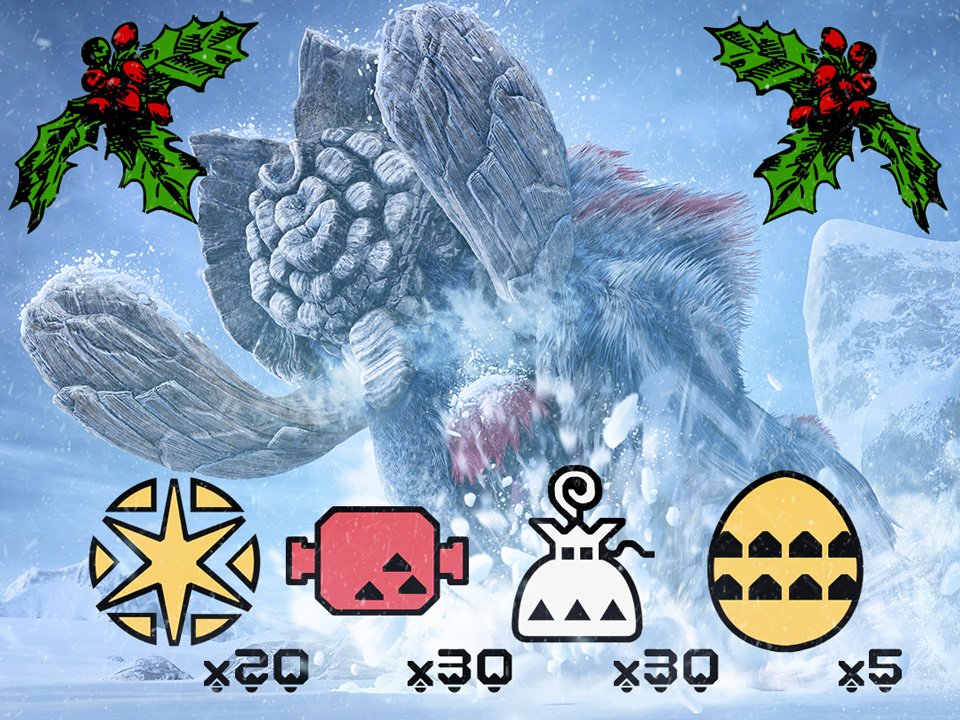 Capcom has released a new batch of Monster Hunter XX screenshots and art related to Famitsu’s latest coverage of the game. You can find them all in the gallery below, followed by a video with producer Shintaro Kojima and general deputy manager Satoshi Inoue which takes an extended look at the new Brave Style.

Level-5 has released a new trailer for The Snack World, their upcoming cross-media project, which includes a 3DS game. Check it out below.

CoroCoro has released a couple of videos containing gameplay footage from the newly released Yo-kai Watch 3: Sukiyaki. You can watch them below.

Marvelous has recently published the fourth update for Story of Seasons: Trio of Towns in Japan, bringing the game up to version 1.4.

The latest update adds Cheburashka, a new friend that can walk around towns, or even spend some time at the player’s house.

A couple of new events were also added:

New winter-related costumes have also been added thanks to the new update.

You can find some screenshots of the new additions in the gallery below.

Kunio-kun Nekketsu: Complete Famicom Compilation was recently featured on Denjin Getcha. You can take a look at the gameplay footage from the show below.

Koei Tecmo has revealed a bunch of details about the gameplay systems in Attack on Titan: Escape from Certain Death.

Gematsu translated these details, which have been summed up below.

– Accessible when titans aren’t around and you can safely talk with your partner.
– You can choose what to talk about from a range of “topics” you previously procured while exploring.
– When you enter Break Time and have strong bonds with your partner, you may get to talk about private things that you wouldn’t normally talk about.
– Your partner may come off as cold depending on your choices.

– Your “Despair” level rises if you encounter a critical situation or make the wrong choices.
– When it rises, you won’t be able to make normal decisions.

– Serious situations may have a limited amount of time where you can make a choice.
– Whether you’re able to make the right choice in a tense situation like that will be the key to your escape.

– Use this screen to check the tools you found during your exploration.
– You can find something useful for your escape through careful exploration.

Return Alive from Despair with your Partner

– Mikasa appears when you’re in despair due to the threat of an approaching titan.
– Using her blades, she accurately slices the nape of the titan.
– In order to rescue you from the point of death, Hanji implements certain strategies.
– When you’re tired from fighting titans, and have come to the point where you’re soaked in their blood and drool, Levi will offer a shoulder to lean on.
– It is during this moment that the distance between them becomes much closer.
– Mikasa always appears calm, and seems to be looking for Eren, besides trying to escape.
– Hanji gets strangely excited about titans, and a desperate situation could be the ideal chance for her to meet one.

You can find several screenshots related to these details in the gallery below.

The title will be the second game adaptation of the popular trading card game. Famitsu notes that it will features characters from the newest anime series, and will adopt the latest TCG rules. More cards are planned as well.

You can find the teaser site over here, and tale a look at the box art and a couple screenshots below.

Two new videos of Jikkyou Powerful Pro Baseball Heroes gameplay are now available thanks to CoroCoro. You can check them out below.

Bloodstained: Ritual of the Night creator Koji Igarashi recently left a message on Kickstarter explaining how the team is improving the environments of the game.

One of the issues Igarashi wanted to address was when players were unsure of “where a platform was, or whether the thing they were looking at was a wall or something they could pass through.” This was improved by increasing the brightness of the front side of platforms while making more distant parts of the environments darker.

The Bloodstained team also started making use of procedural generation in environments. Basically, procedural generation is being used “to auto-generate environmental grime and destruction effects”. Doing so ensures environments will have more of a visual flair and that areas won’t give off the impression of being “looped” due to looking the same. Variation could have been done manually, but it “would require a disproportionately large amount of resources”, Igarashi noted. Therefore, procedural generation allows for that variation to exist without putting a huge burden on the developers.

You can take a look at how it works in the video below.

It has now been confirmed via eShop listing that Jupiter’s Picross e7 will be releasing on the European 3DS eShop on December 22, for a price of 5.00€. The game has already been released in North America. 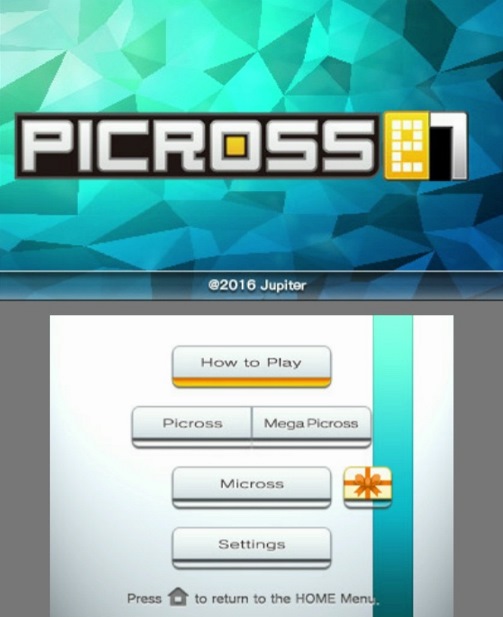 Playtonic Games has announced that Yooka-Laylee will be released on April 11th, 2017 on all previously announced platforms except for Wii U. According to the team, due to “unforeseen technical issues”, a release of the Wii U version was made impossible so, to make up for that, Playtonic is “working very closely with Nintendo” to bring the game to the Nintendo Switch instead. Further details about that will be shared “early next year”.

Kickstarter backers who opted for the Wii U version can now get the game for any of the other platforms instead when it launches on April 11th, or for the Switch version once further details about it are announced next year. The wording seems to imply that the Switch version will launch at a later time. Those who backed the Wii U version and want a refund instead of switching to another version can contact them via the Backer messaging system on Kickstarter.

Playtonic studio head Gavin Price explained the situation to GamesIndustry when asked if the recent news about Wii U production affected the decision in any way.

“No, that had nothing to do with the decision. As we have shared, it’s simply down to unforeseen technical difficulties. Its a testament to the team that we have continued to fully explore every possible option throughout making Yooka-Laylee.

“Our backers are why we are here today and that’s our first priority. We can assure you this was a hard decision for everyone. Our team has so much combined Nintendo heritage and were huge Nintendo fans as individuals. That’s why we’re working hard to make things right for our backers and with Nintendo and Playtonic’s fanbase over the coming weeks and months.”

“We’re working hard to provide Wii U fans with multiple options to let them decide how they’d like to move forward. The Playtonic team members who backed were mostly Wii U backers too, so we know it’s not the news everyone wanted to hear but we’ll do our absolute best to make it the right decision and ensure Nintendo fans get the great experience they deserve.”

“The Playtonic team wanted to explore every possible avenue before making the very difficult decision to transfer development from the Wii U. Our developers worked tirelessly over many months in attempt to solve our technical issues, but unfortunately it’s not been possible to bring Yooka-Laylee to Wii U as originally planned.”

Besides that, a new trailer has been released, followed by an update video showcasing the improvements made to the Tribalstack Tropics level.

Minecraft: Wii U Edition will soon be geting some new DLC based on Fallout, Bethesda’s post-apocalyptic RPG franchise. Mojang recently announced the new DLC and shared the first details about what’s included in the pack. There’s no current release date announced, but the content will cost you $5.99, or your local equivalent.

Here are the details and a trailer:

“Working in the depths of their bunker complex, our artists and builders have been busy blasting Minecraft’s glorious overworld into an irradiated wasteland fit for Fallout fans to wander. Friendly cows, gently sauteed in the light of a thousand suns, have now sprouted second heads, while the familiar supersized spiders have made way for other overgrown arachnids, who scuttle through the dark wielding brutal stingers.

These are not the only mobs to get a little bit melty. Lurking in the shadow of the series’ familiar landmarks – like the Capitol building or Tenpenny Tower – are ghouls, mutants and madmen of many kinds. Vault Dwellers beware: you may be S.P.E.C.I.A.L., but the wasteland is a very dangerous place indeed.

You can be sure you’ll look the part, too, with a choice of 44 skins based on beloved characters from the series, including the likes of Fawkes the philosophical supermutant; robo-sleuth, Nick Valentine; Tinker Tom; Paladin Cross; Jangles The Moon Monkey and Vault Boy himself.

Even the UI has been given a retro-futuristic overhaul in honour of Fallout’s wristmounted computing device, the Pip-Boy! The mash-up also comes with a soundtrack combining familiar tunes from across the Fallout series – so you can keep dancing til the end of the world.”

Warner Bros. and TT Games have now updated the Fantastic Beasts expansion for LEGO Dimensions to include the film’s proper ending.

Previously, the game left out a key scene from the movie’s final few minutes, which was done as to not spoil the film. However, “Soon after the film was released, the cut scene was switched in the game”, a Warner Bros. spokesperson told Eurogamer.

You can compare the endings by watching the videos below.

Below you can find a trailer for the New 3DS Virtual Console version of the Capcom SNES classic Demon’s Crest which was recently released in Europe.