Circle Entertainment has now localized and released Gourmet Dream on the North American 3DS eShop, with a $5 price point. The game should be also coming to Europe rather soon.

You can find an overview of the game from Nintendo’s website below, followed by a trailer for it.

“Gourmet Dream is a management game in which you take up the role of a restaurant manager and help your shop to grow.

The aim of the game is to help your restaurant flourish until it is evaluated as an “S Rank” restaurant.

In order to do this, you will have to create a menu to suit your customer’s needs, hire and train staff that provide great food and service, and run promotions to increase the number of customers that come to your restaurant. In essence, you will be raising your store into a ‘Highly Esteemed Gourmet Restaurant’.”

“Quiet, Please!” will release in the NA and EU #3DS eShop on January 5th. It includes the first three games in our adventure game series. pic.twitter.com/W0Bt75zLkW

A recent European eShop listing has revealed that Choice Provisions will be likely publishing Shift DX on the 3DS eShop around January 12 for €4.99. 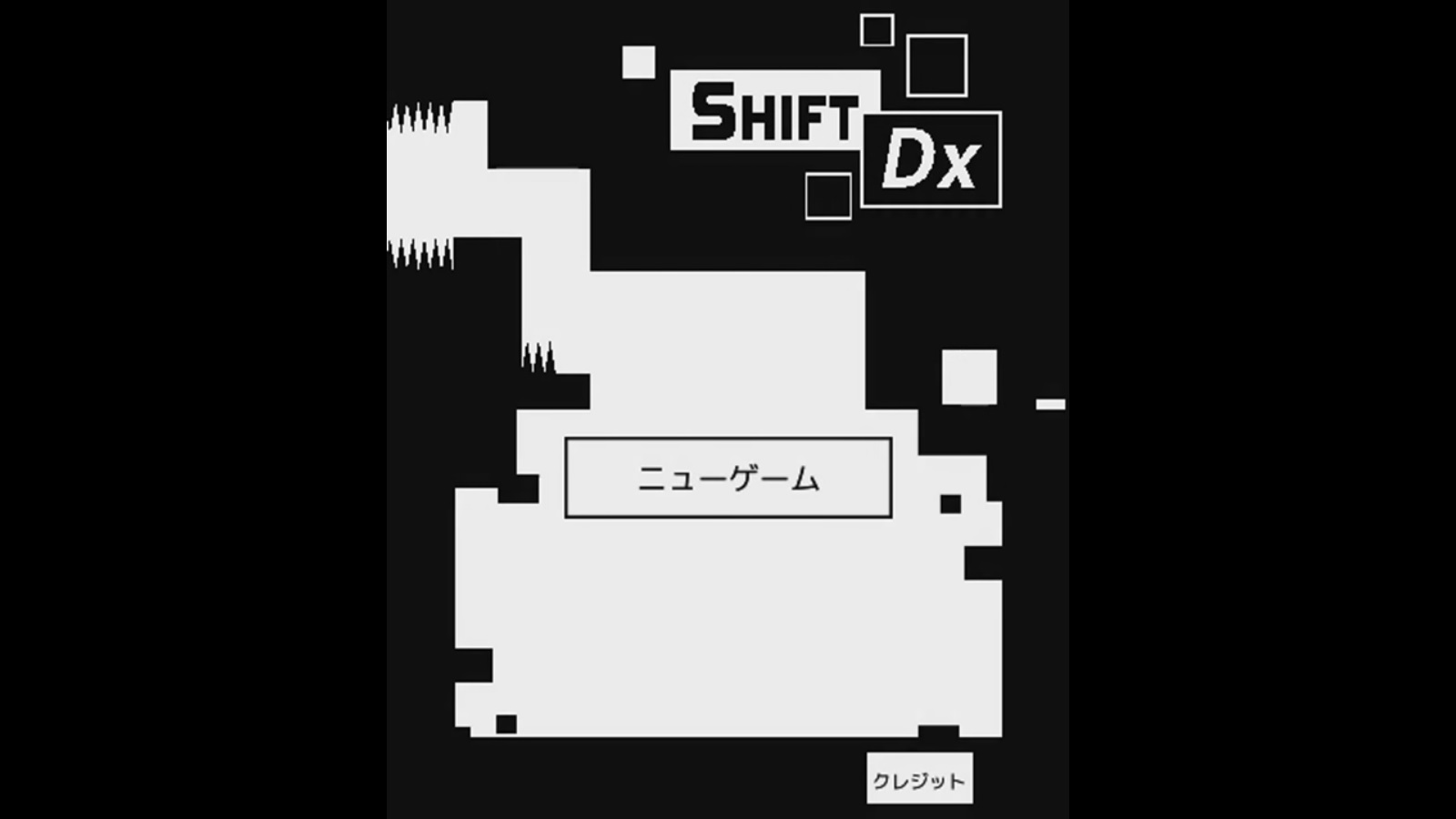 Toby: The Secret Mine

Headup Games has announced plans to bring Toby: The Secret Mine to Wii U.

The game is a puzzle-platformer inspired by Limbo and Badland. Players can expect various puzzles, dangerous and challenging traps and enemies, and “beautifully handcrafted environments”.

Here’s a summary of the game’s premise:

“A peaceful way of life in a small village in the mountains was thrown into disorder. Someone has kidnapped most of it’s residents. A couple of brave hearts tried to rescue their friends but none of them has returned. Little Toby didn’t want to just sit and wait so he decided to find them by himself. He went to the near deep forest but he soon realized this is just a beginning of a big adventure.

Go with Toby on an eerie adventure in a dark and creepy world full of dangerous situations, enemies and challenging puzzles.”

Toby: The Secret Mine will be released on the eShop early next year, “some weeks before Nintendo Switch will launch”. And according to a recent European eShop listing, this might be around January 19, with a €9.99 price point.

You can watch a trailer for the title below.

SnowCastle Games’ CEO Bendik Stang has now mentioned on Twitter that the Wii U eShop version of Earthlock: Festival of Magic is currently planned to release by the end of January.

You can take a look at his message below.

@HeinyReimes did a soft launch on steam in Sept. PS4/WiiU due out end of January 2017

MixedBag Games has announced that work on the forma.8 project is now complete and the game has moved on to the QA phase.

The game also remains on track for Wii U, and MixedBag Games hopes to have the game out sometime in February.

We have great news: forma.8 is finished and is now in QA on #WiiU, #PS4, #PSVita and #XboxOne! Targeting a February release! pic.twitter.com/NS4WhJWzYE

The first gameplay footage from 80s Overdrive has now been shared and you can watch it below. The is currently aiming to release the game on the 3DS eShop on Q1/Q2 2017, but nothing is completely set in stone for now.

Lightwood Games is working on a new puzzle-type game for Wii U and 3DS named Pic-a-Pix Color.

The game is a Picross-like game, which simply adds colors as a clue to solve the puzzles and reveal the figure. Spaces now don’t have the same meaning, as a different color could be adjacent to the one we’re filling without a blank square in between.

Pic-a-Pix Color is planned to release on the Wii U and 3DS eShops sometime in 2017. 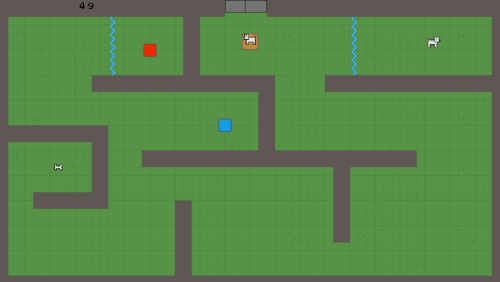 Astrosaurus Games recently shared with 4colorrebellion that it’s now developing a new eShop title involving puzzles known as “Ruff Copy”. In it, “you play as a disgruntled worker at a dog-cloning factory that is trying to help all of the dogs escape their test chamber prisons with nothing but a laser pointer”.

Developer Neil Armstrong is also considering bringing Mage Boy and Dash Assault to Wii U. The former was created at GBJam and would be adapted for Nintendo’s console, while the latter is a party platformer.

Image & Form has recently posted the latest episode of The Engine Room. In this one, the studio teased its plans for 2017, including the next game in the SteamWorld series.

The will probably be announced rather soon since it will be shown at PAX East in March. The game in question is probably the same project that Image & Form has previously referred to as SteamWorld Quest, even though the name isn’t set in stone yet.

You can watch the full episode of The Engine Room below.

Now that SDK Spriter is available in all major regions, HullBreach Studios is preparing to release the app’s first major update.

Version 2.0 of SDK Spriter will be out sometime in 2017, and will be adding some new features for free. Additionally, the studio intends to create some new DLC.

You can find the full details from the official Miiverse post quoted below. 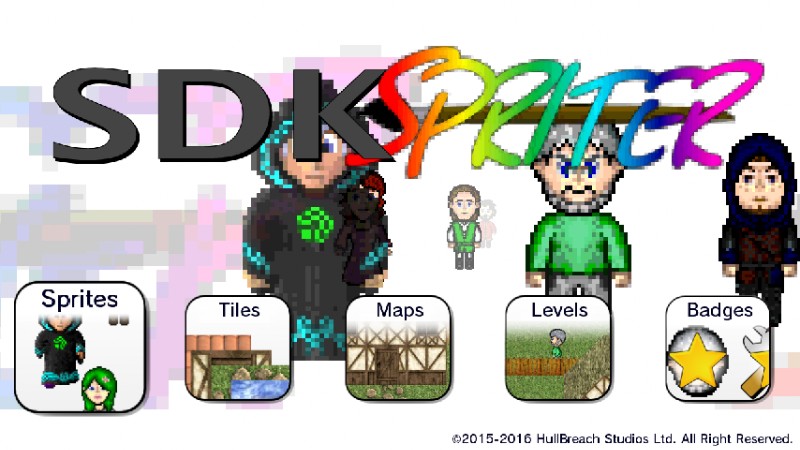 SDK Spriter v2.0
Hello, spriters! Since SDK Spriter is now available in Europe, Oceania, and the Americas, we are ready to look forward to the first major update.

This update is planned for a few months from now, and we would like your feedback on what to add. First, I would like to share what we have planned, just so we don’t have ideas suggested that are already in development. Several features will be included for free. We also have some downloadable content planned. Without further ado, here is our list so far:

INCLUDED:
* Custom sprites on title screen: Replace default sprites with those saved by the player.
* Sidescroller levels: This was originally planned for the launch version, but some bugs prevented its release. It will have parallax scrolling and jumping controls.
* Paint bucket tool: This will be a border-based fill for Sprites and Tiles.
* Better Dungeon Master controls: This mode is practically begging for more touchscreen interaction.
* More level controls: All levels will add support for the Wii Classic Controller, Wii U Classic Controller Pro, Wii Remote, and NES Classic Controller. (Possible the Wii Balance Board for Terrain levels, too!)
* More interactions in levels: We would like suggestions here. Do you want to see collectable items (like a hide-and-seek game)? Should NPCs show dialog when you tap on them?
* Quick reference guides: To save time over pausing SDK Spriter to view the e-manual or browsing sdkspriter.com, we will be adding more in-game tutorials.
* Export Maps to sdkspriter.com

DLC:
* Turn-based battle level type: This will be similar to classic RPG battles. We have not yet decided how match-ups will take place, but we would like to have it player-vs-player.

We have some other ideas in mind for more levels types or possible asset packs, as well. They may make it into the next version, or they could be added to a future version, and we will share them as development unfolds.

Thanks, again, for supporting SDK Spriter! If you currently have SDK Paint but not SDK Spriter, there is a permanent cross-buy promotion that gives you 20% off the price of SDK Spriter.

WayForward has shared that it will be putting out an update for Shantae: Half-Genie Hero, which will be mostly comprised of bug fixes.

Various DLC is also coming up for Shantae: Half-Genie Hero, such as Blue Shantae, Tinkerbat Form, and other Kickstarter backer exclusive features. News about this DLC will be shared at the beginning of 2017.

Meanwhile, you can take a look at the new extended trailer for the game below.

Cypronia has put together a new trailer for the Switch version of Cube Life: Island Survival. Check it out below.

Legna Tactica recently arrived on the Japanese 3DS eShop, so Kemco has published a trailer to promote it. You can watch that below.

Any Arts Production has now released the first full trailer for Seasons of Heaven. You can take a look at it below.

Galaxy Trail has now shown a first look at Freedom Planet 2 in a gameplay video showcasing Lilac, the dragon girl. The game will be coming to a Nintendo platform after the innitial release. You can take a look at the video below.