During Japan Expo 2015, Bandai Namco revealed the first English trailer for their upcoming 3DS game Dragon Ball Z: Extreme Butoden. You can view it below:

In addition, a New 3DS bundle for the game has been announced for Europe, including a New 3DS with the game pre-installed on it, exclusive cover plates and a digital copy of the Japanese SNES game Dragon Ball Z: Super Butoden 2. 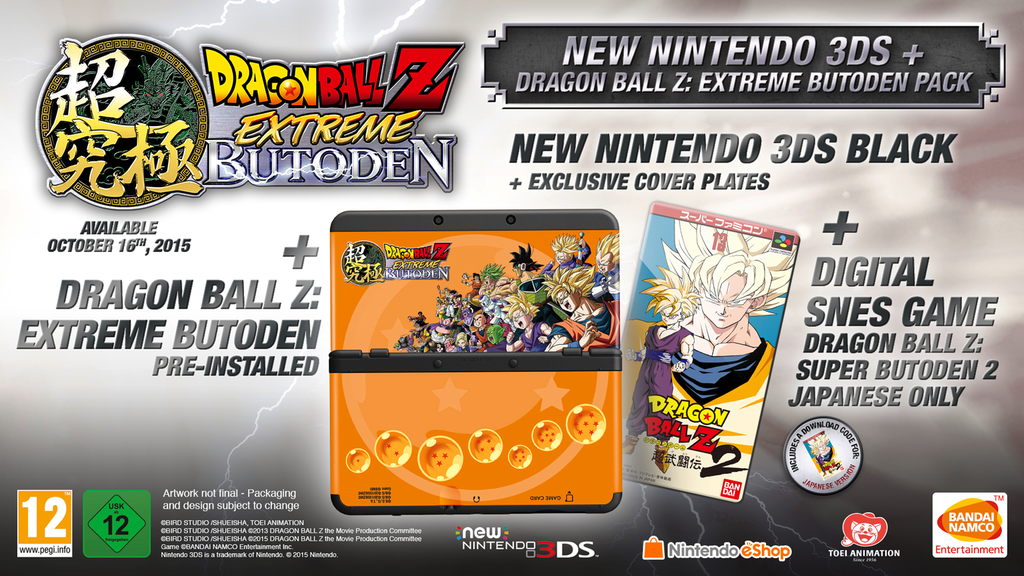 If you pre-order the regular game now, you can also get Super Butoden 2 and access to six support characters in Extreme Butoden. These are Kid Goku, Baby Goku, Super Vegito, Garlic Jr., Meta-Cooler and Kid Gohan.