The new issue of V-Jump magazine shows us lots of details about Dragon Ball Z: Extreme Butoden, coming out soon for the 3DS in Japan. The magazine shares a look at the entire playable roster as well as each character’s stats and moveset. Check it out: 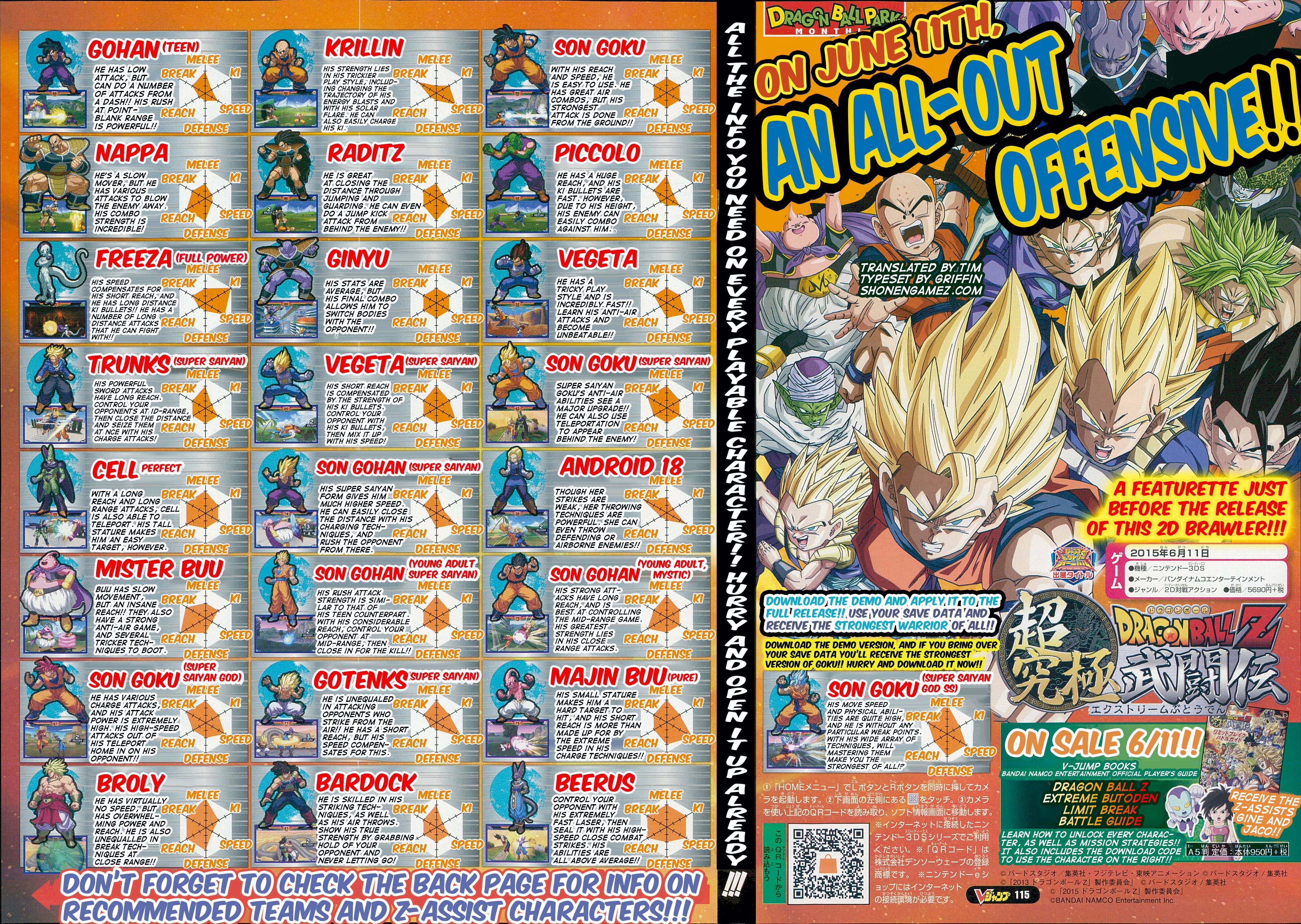 If you get the demo version of the game, you will immediatly unlock the Super Saiyan God form Goku as a playable character.