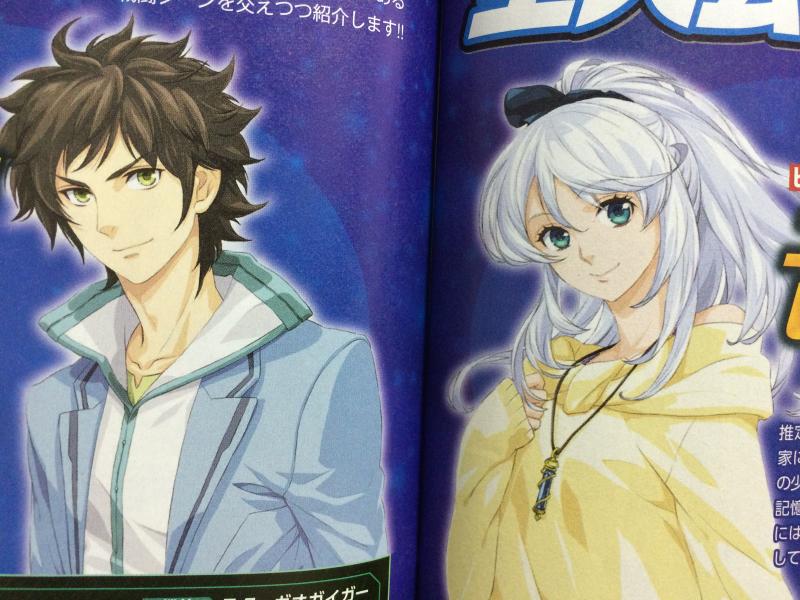 Here’s a translation of the character profiles, courtesy of Gematsu:

Youta Hiiragi (Protagonist, voiced by Yoshitsugu Matsuoka) – He appears more grown-up than he actually is, and holds high respect for the Super Robot Army and Earth Federation Army that protect the public order. He doesn’t have any special abilities, but he’ll throw himself into battle in the name of justice. His robot is named Falsaber and is voiced by Masaki Terasoma

Yuki Hiiragi (Heroine, voiced by Mai Nakahara) – A girl who lost her memory and has been living at Youta’s house for the past six months. She has a bright and straightforward personality, but is a bit estranged from the ways of the world and common knowledge due to her memory loss. She does show a deep interest in historic ruins and ancient civilizations, however.