During the week, Nintendo continued to upload more developer screenshots from The Legend of Zelda: Twilight Princess HD via the official Japanese Twitter account for the series. Below, you can find a roundup of what was shared by them. 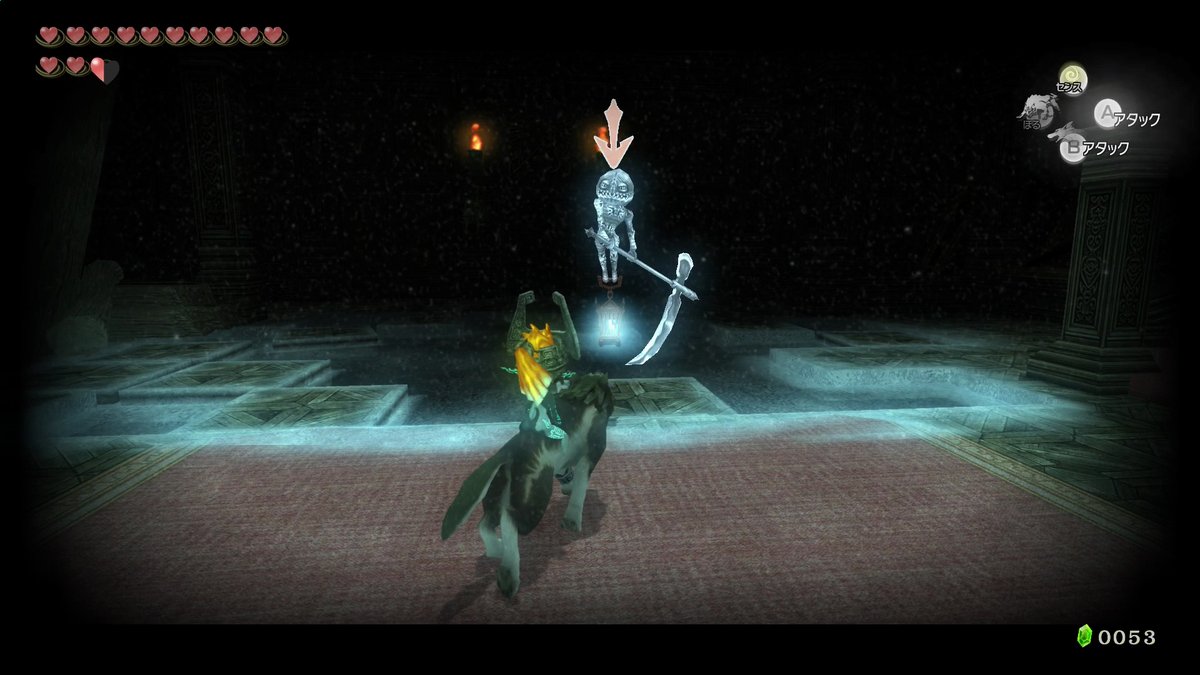 “..It’s Malo. If you beat Poes who only appear at night, you can obtain the Poe Souls. Speaking of which, I heard someone in Castle Town has been wanting these… The number of spirits you’ve collected is recorded in the map on Wii U GamePad, so guys who tend to forget should be relieved too.” 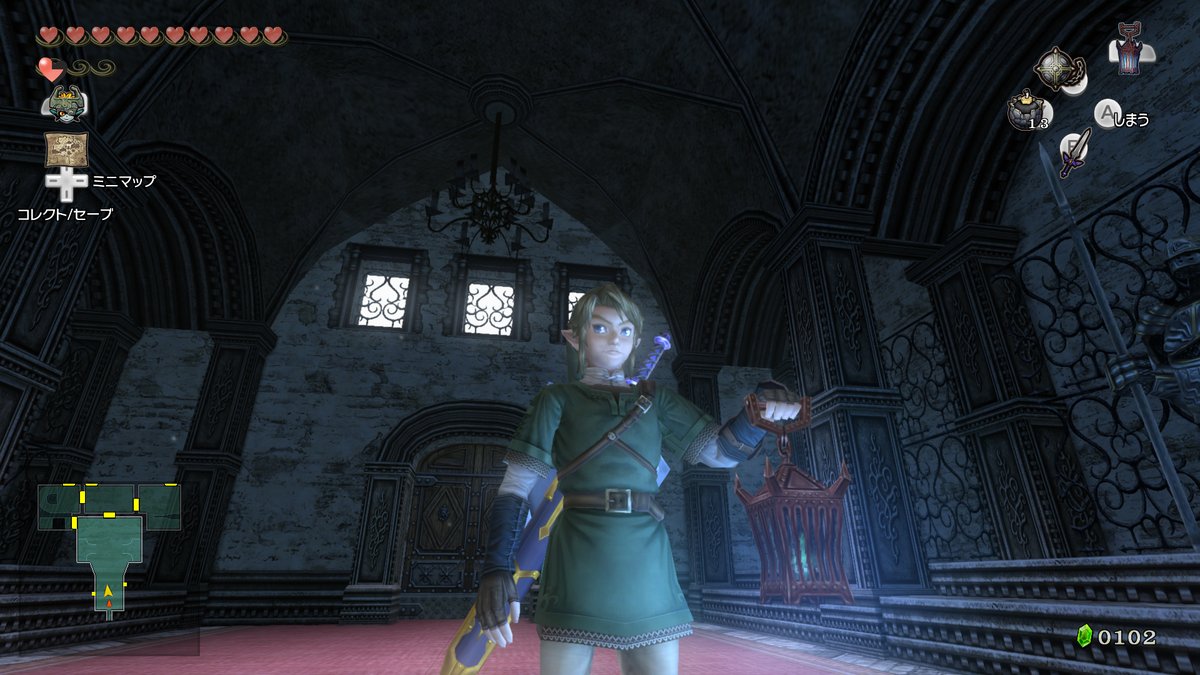 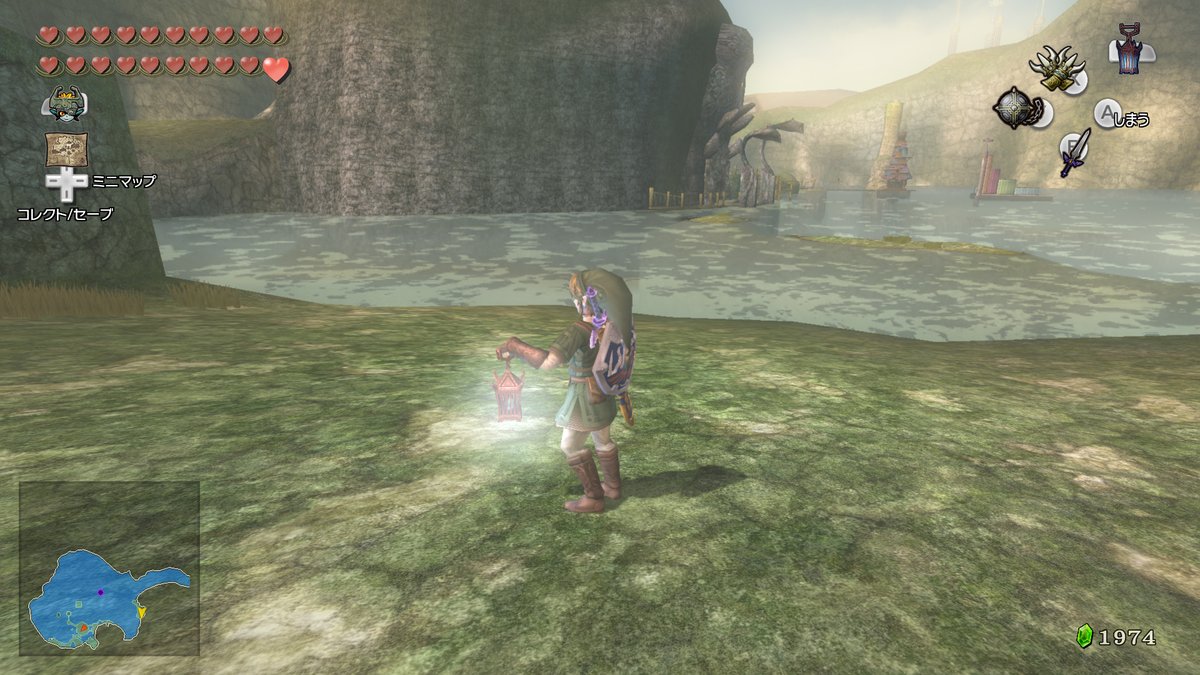 “…It’s Malo. This is not a simple lantern… It’s called the “Ghost Lantern”, and it also detects the existence of Poes during day and will let you know about it…… so you can be like ‘It’s useless to hide yourself!’ Time is money… so use it well.” 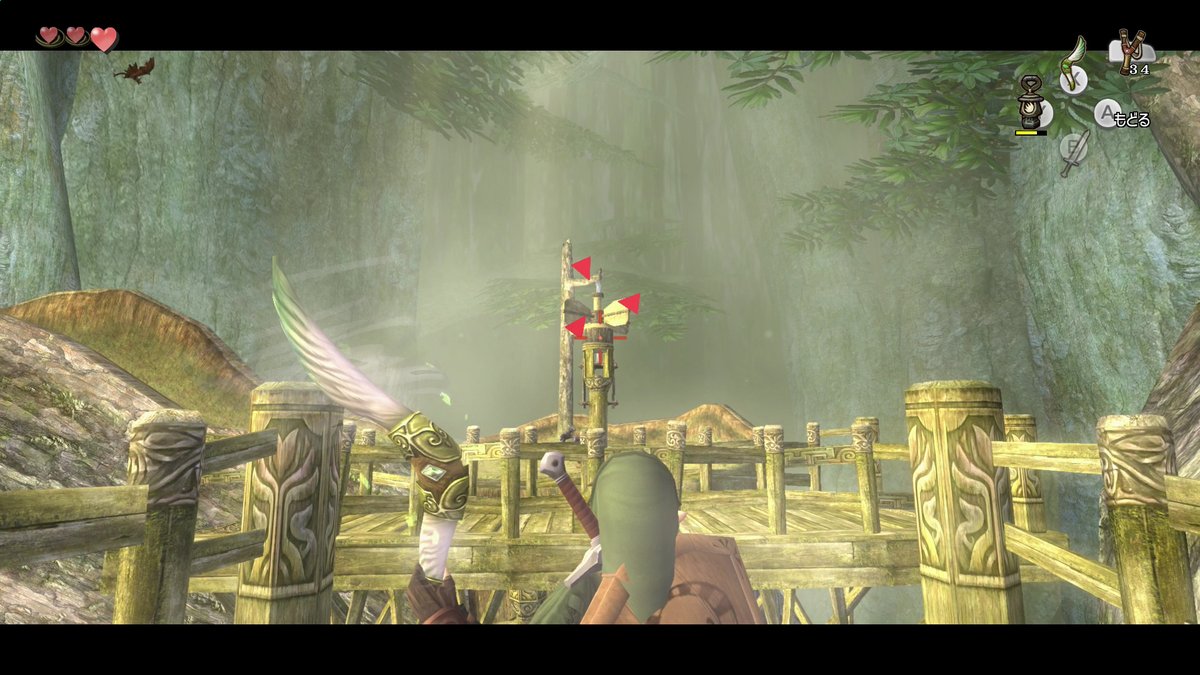 “…It’s Malo. A boomerang that generates a tornado the same time it’s thrown, huh… It can pull items and spin windmills, so it’s handy indeed. …Hey, don’t use it inside the shop, okay? If you break my goods you’ll have to compensate for it in double.”

In addition to this, Nintendo has also kicked off a new retrospective video series for Twilight Princess. In the first video, the staff takes a look back at the initial reveal and development of the game, while in the second, they take a moment to refelct on the characters and story. Check them out below:

When it comes to promotional material, we got a new launch trailer for Europe, an iSpot commercial in North America, and some new promos for the Japanese version. Take a look at them, below:

Furthermore, those who pre-order the game via Amazon Japan will receive a twenty poster card set, which includes some of the designs seen below. 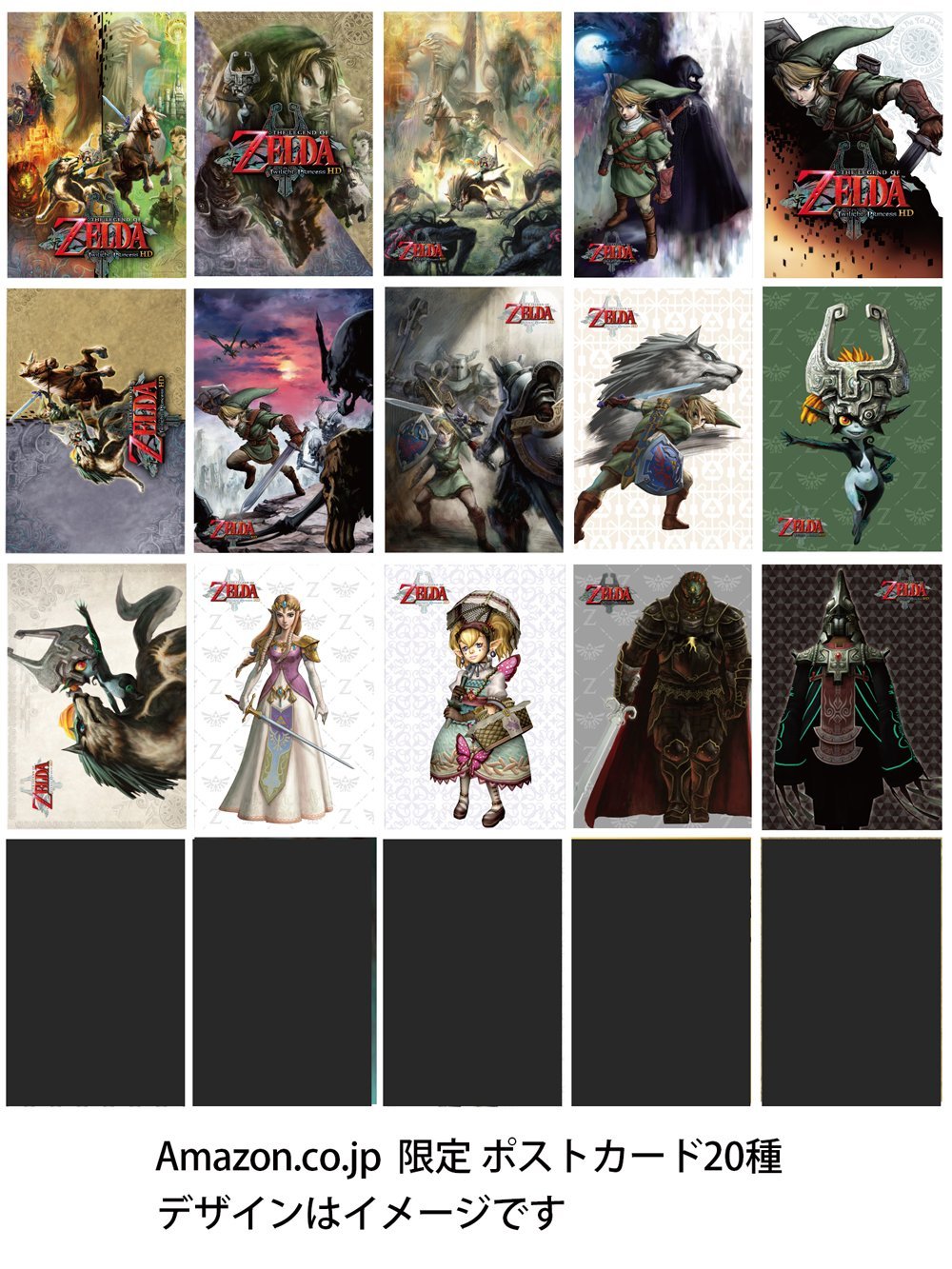 Moving on to gameplay. GameXplain has put together a short video explaining how the new Ghost Latern item works and where to get it. If you are interested in learning more about that, check the video below:

Our fellow Zelda expert HMK has also discovered while playing the game that a few Zelda Wii U easter eggs can be found at Chudley’s Fine Goods and Fancy Trinkets Emporium. You can see them in the paintings featured in the screenshots below: 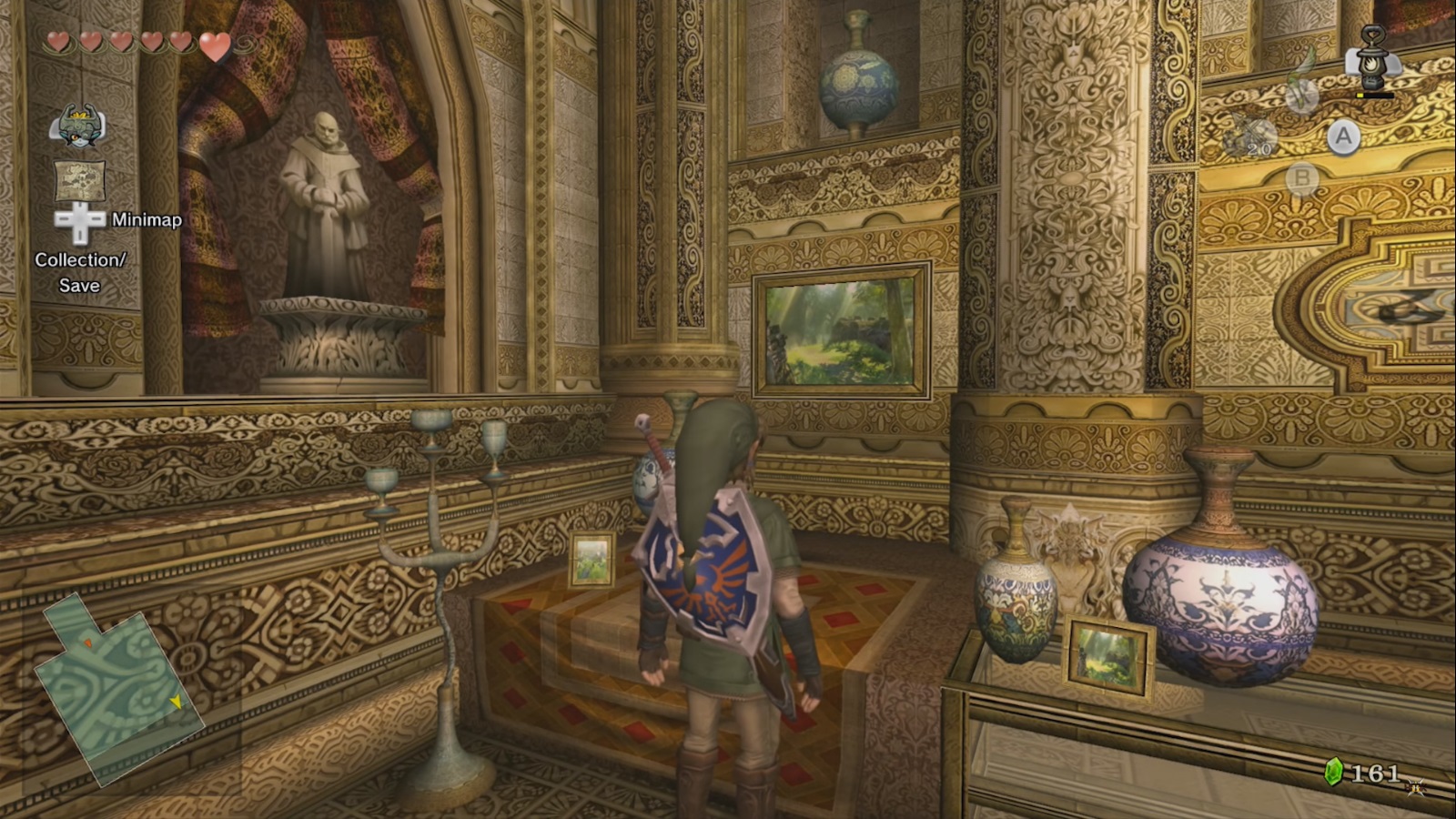 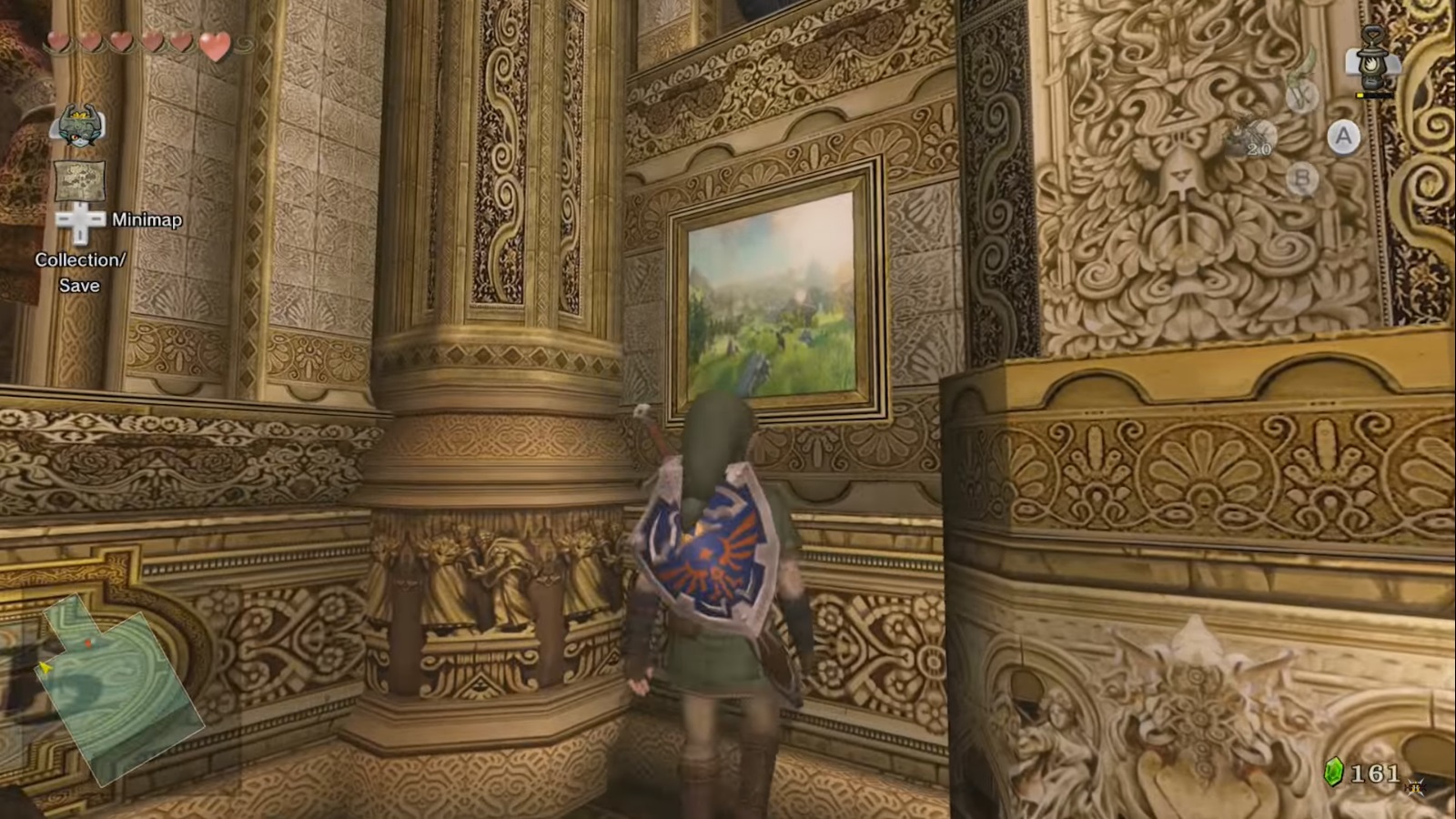 Nintendo recently uploaded a new European trailer for Hyrule Warriors Legends showcasing the various characters in the game. Check it out below:

After being leaked on February 25th via an European trademark and registered domain names, Pokémon Sun and Moon were officialy announced by Tsunekazu Ishihara during a Pokémon Direct held on February 26th to celebrate the franchise’s 20th anniversary (which was on the 27th).

You can watch the Pokémon Direct presentation or just the Pokémon Sun and Moon announcement in the videos below:

Below you can find an overview of Pokémon Sun and Moon by the official Pokémon website, followed by a small explanation of the new Pokémon Bank connectivity with the Pokémon Red, Blue, Green and Yellow Virtual Console games and Pokémon Sun and Moon.

Visit the Pokémon Bank page for important details on the planned update to support Pokémon Sun and Pokémon Moon.

Pokémon Sun and Pokémon Moon will be the first games in the Pokémon series to allow players to choose from nine languages to play in. In addition to English, French, German, Italian, Japanese, Korean, and Spanish, players will now be able to play in both Traditional and Simplified Chinese.

Much more information is on the way about Pokémon Sun and Pokémon Moon. Keep checking Pokemon.com for the latest details!

Major updates are planned for Pokémon Bank to work with Pokémon Sun and Pokémon Moon.

Keep checking Pokemon.com for more details about the update to Pokémon Bank as the launch of Pokémon Sun and Pokémon Moon approaches.

Side Note: In my opinion, the concept artwork shown in the Pokémon Sun and Moon announcement, and some other clues recently left by the Pokémon Company, all point to the fact that the region of these new generation 7 games will be based on Hawaii.
I even have an idea on who the main legendaries will be based on, so I will try to put together an article on this topic towards the end of the week, so I can prove it to all of you, and so you can share other findings with me too.

It’s now confirmed that, much like with Hyrule Warriors, Pokkén Tournament implements a limit on amiibo usage, where players can only scan five amiibo per day to unlock special bonuses in the game.

Furthermore, it seems like Banpresto is planning to release some Pokkén Tournament figures in Japan, just in time for the game’s launch. Each one of them will be priced at 620 yen. You can take a look at some of the figures in the gallery below: 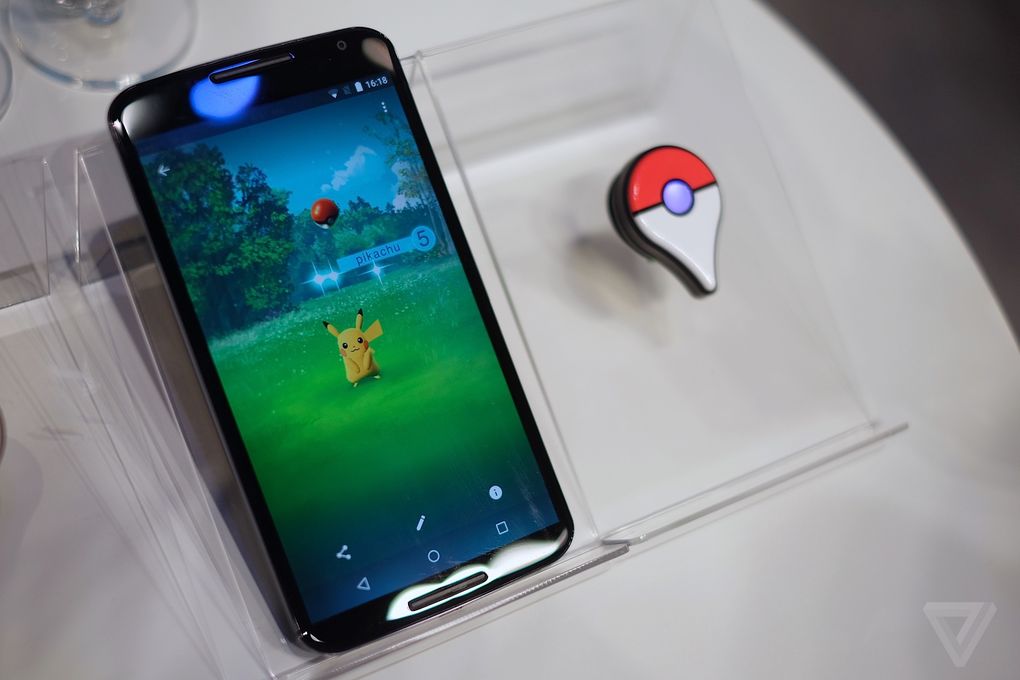 John Hanke, chief executive of Niantic, recently shared with GamesBeat in an interview that the company has raised another $5 million from other new partners such as Alsop Louie, former Havas boss David Jones, Fuji Television, Lucas Nealan, and Cyan and Scott Banister. This joins the $30 million Pokémon Company, Google and Nintendo invested  last October.

“Pokémon Go is looking good. We’ll share more details with the world soon. There certainly are a lot of fans.”

Hanke’s “soon” might mean at the GDC 2016, since the Pokémon GO is set to be featured in it’s own panel during the event. 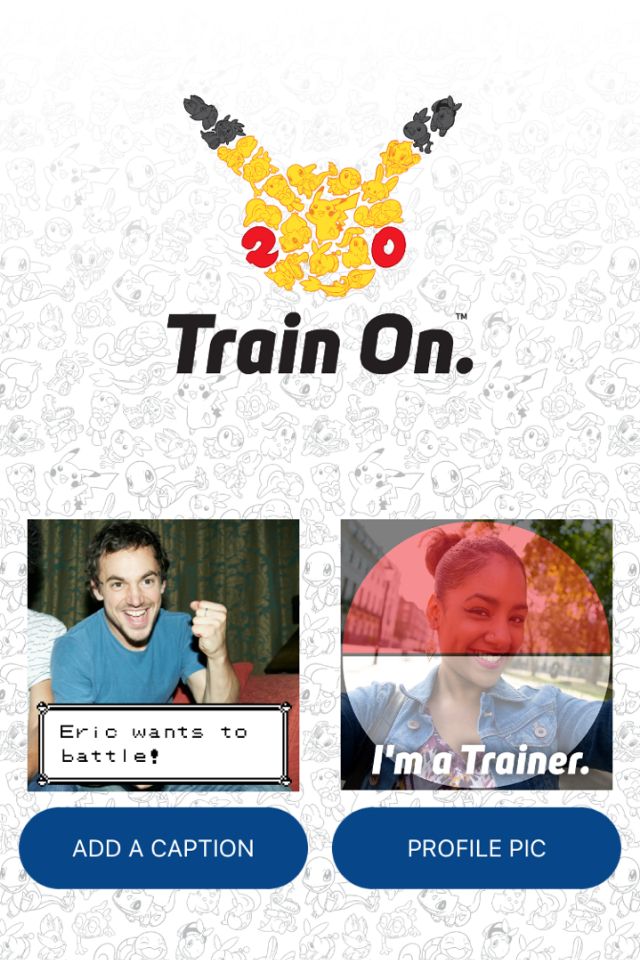 In celebration of Pokemon’s 20th anniversary, a new app has been released on the iTunes App Store.

Pokémon fans can now download the “Pokémon Photo Booth” for free, and use the app to show their Pokémon 20th spirit by customizing portraits and adding captions to them in the style of classic Pokémon games. Photos can also be shared or used to create Pokémon-themed profile photos.

Furthermore, the newly renovated Nintendo NY hosted a special celebration for Pokemon’s 20th anniversary on February 27th. Nintendo has since sent out some photos from the event, which you can find in the gallery below:

The final Nintendo Minute episode focusing on Fire Emblem Fates aired during the week, where Kit and Krysta took a look at the game’s DLC and talked about the Revelation path in the game. You can take a look at it below:

Nintendo also released the final video in the “Life on the Front Line” series, named “Where Armies Gather”. It discusses the My Castle system, amiibos, Revelation and extra DLC. Check it out:

Finally, Nintendo has announced that Fire Emblem Fates sold over 300,000 copies between all versions during its launch weekend, making it the fastest-selling game in the history of the franchise in the United States.

Fire Emblem Fates managed to sell more than five times as many units as Fire Emblem Awakening, which was the previous record holder in the United States during its first three days of availability. Meanwhile, Fire Emblem Fates: Birthright was the top seller between both versions, though Conquest was “close behind”.

Scott Moffitt, Nintendo of America’s executive VP of sales and marketing, had this to say about the recent news:

“Both fans and critics are falling for Fire Emblem Fates, and the early sales numbers prove the game’s undeniable appeal. This strong momentum for Nintendo 3DS is only the beginning, as many more high-quality exclusive games are set to launch for the hand-held system over the next few months.”

During the week, it was confirmed that the Wolf Link amiibo is compatible with Super Mario Maker, unlocking a costume for that character in the game.

You can see it in action in the video below:

In addition to this, Nintendo released another Event Course for Super Mario Maker named “Barbara in Tomatoland”, which lets you unlock a costume for Barbara the Bat.

Below, you can find an official overview of the course, a look at the costume, and some gameplay of the course itself.

“Hello, my dears! I’m Barbara the Bat. …What are those blank looks for? Don’t you know who I am?! I’m the star of a little series called Jam with the Band. It’s quite big in Japan! You should all be thankful for this precious opportunity to join the ranks of my minions!”

This week, we have another piece of footage from the 3DS version of Mario & Sonic at the Rio 2016 Olympic Games, showcasing Extra Golf mode. Take a look: 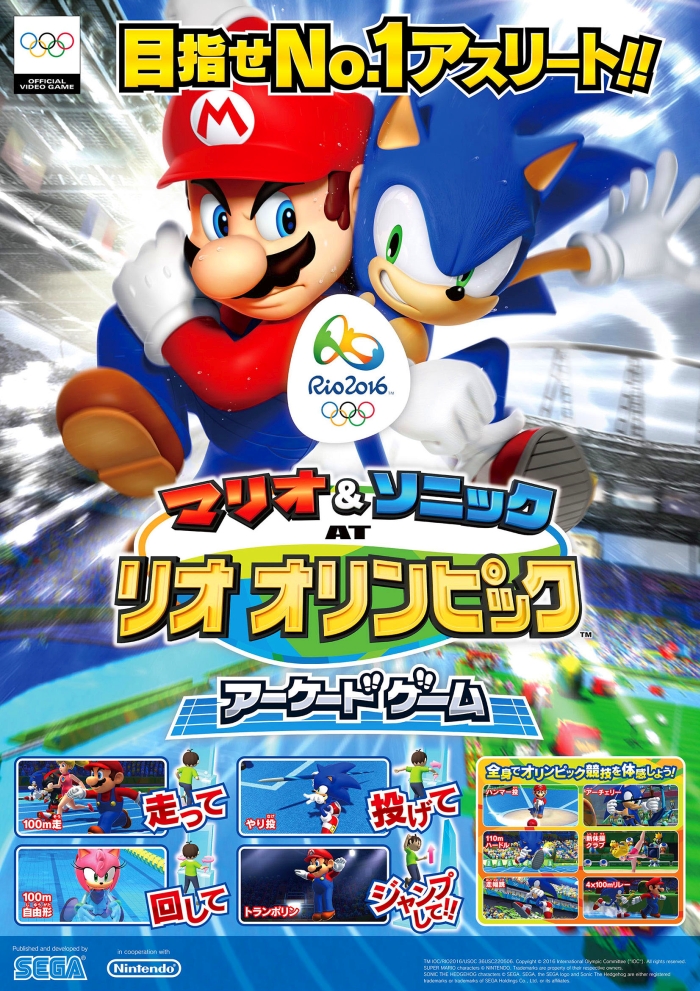 Meanwhile, Mario & Sonic at the Rio 2016 Olympics has been released in arcades across Japan. It contains 10 different events, and there are even foot sensors, making for a quite different way to play the game.

SEGA has shared a new trailer and a playlist of clips from this arcade version of Mario & Sonic at the Rio 2016 Olympics. Check them out below:

Retro Studio, the creators behind the Metroid Prime and Donkey Kong Country Returns series of games, have finally update the look of their website.

The new look features a more modern design and some of the pages have been slightly updated with new information.

Nintendo recently released an updated version of their financial forecast for the current fiscal year, cutting back projected profits and total sales. The press release cites the current decrease in the value of the yen as the reasoning behind some of these changes.

Here’s a rundown of some of the most relevant updates:

Below you can find some trailers for upcoming Virtual Console releases on the 3DS and Wii U eShops.

Twilight Zone 😛 – Some of those poster card things look pretty cooool.
I’m sure any Pokemon GO news will be great; it seems like a great mobile game, however, there could be many problems if not executed properly… but I’m sure will all of the support and money they’ve got it can’t exactly be “bad.”

I don’t know how they honestly expect to make more profit this year; they haven’t released much that has been… good.