Since February 11 several indie titles are on discount in the Wii U eShop under the Nindies Love You sale, which will last for a period of two weeks.

Each territory has its discounted titles, so check the list below for more info:

If you are curious about the origins of this initiative, Nintendo Life recently caught up with Greg Wiggleton of ZeNfA Productions to learn all about how this idea came to life. You can read the interview over here.

Yazar Media Group just released two new games for the North American Wii U eShop during the week. These are Cutie Clash and Cutie Pets Go Fishing, with each of them being priced at $1.99. You can find an overview and trailer for both of them below:

Welcome to the swamp!

You’re a lowly swamp chicken looking to become King. You need to vomit and bomb your way to the top. In this 5-player vomit brawler all rounds are one hit K.O. and matches go to the first chicken with five wins. Defend your swamp crown round after round! May the best chicken win!

Race against the clock as you try to match large schools of fish! Grab time bonuses, multipliers and combos to greatly increase your score! Feeling a little stressed by the clock? play Zen Mode and simply see how long you can match fish!

For every achievement you get, you also unlock a sweet stamp to post on Miiverse™. You can make posts with our cool stamps or share screenshots of your high score! Get Fishing today!

TreeFall Studios recently released another game on the North American Wii U eShop titled “Outside the Realm”. It’ll cost $1.99 regularly, but the launch price will be $0.49.

Outside the Realm featuers touch-based puzzles on the GamePad in addition to some side-scrolling sections. 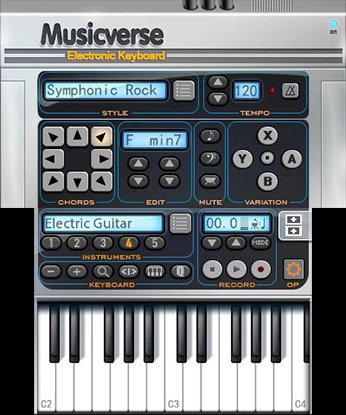 Musicverse: Electronic Keyboard, Abylight’s upcoming music app, will be releasing on the North American 3DS eShop on February 18, for $7.99.

You can find an overview of the app’s features below:

Record the melody stuck in your head wherever you are and show it to the world, no limits with Miiverse, Facebook and Twitter!

Listen and play the creations of Miko in Japan, John in Canada and Magnus in Europe… Everyone just a note away!

Both if you are an expert or the first time playing, Musicverse guides you easily through all the possibilities just at your fingertips in your Nintendo 3DS™.

Inside My Radio already launched on other platforms last year, but Seaven Studio’s rhythm-action platformer will be coming to the Wii U too on February 25. The game will be available in both the North American and European Eshops for $14.99 / €14.99.

Here’s a brief overview of the game and the Euroepan Wii U trailer:

“Inside My Radio is a rhythm-driven platformer adventure where your actions must follow the beat. You journey as a green LED mysteriously trapped inside a dying boombox: bring electro, dub and disco musics back alive! Are you up to the rhythmic challenge of Inside My Radio?”

Replay: VHS is not Dead

Neko Entertainment’s Replay: VHS is not Dead now has a release date for Europe. The game will be available on February 25, with pricing set at €9.99.

Replay: VHS is not Dead originally debuted on other platforms, like PC, last summer, and it’s a puzzle-platformer which takes place in a movie-based universe.

Nnooo is getting ready to release their previously announced endless shooter, Blast ‘Em Bunnies, on the 3DS eShop on March 10th. The game will cost $/€4.99.

Blast ‘Em Bunnies pits you the player as a cute, cartoon bunny called Bang Bang who must defend your rabbit burrow, against an onslaught of evil bunnies. These bunnies have captured your offspring and one of them, the evil Throatslitter, is holding them hostage. Just how long can you and your little ‘uns survive? Grab your carrot rifle, watermelon machine gun, turnip mortar or runner bean laser and take them down! Shoot coins to collect them and spend them on new weapons, upgrades and ammo including sticky raspberries, heat seeking chilli seeds, shredding leek lasers or bouncing, splitting, exploding pumpkin bombs!

Users can also purchase bundles of add-on content to save money:

Nnooo also shared a launch trailer for the game, which you can watch below: 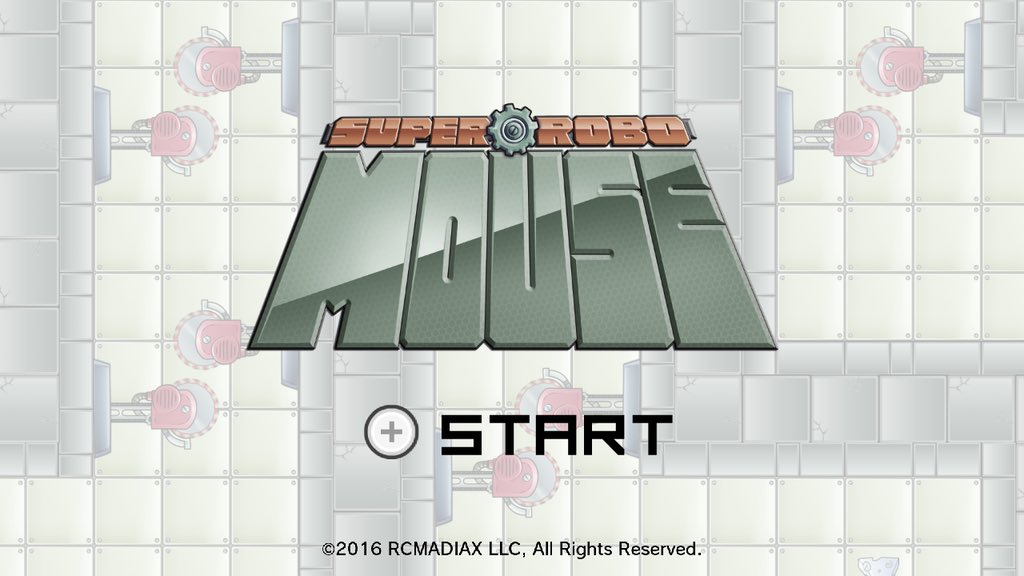 RCMADIAX has been developing Super Robo Mouse for a while now. If all goes as planned, the game will finally be available on the Wii U eShop in April.

RCMADIAX recently shared on Twitter that Super Robo Mouse has been submitted to Nintendo in both North America and Europe, and that it’s anticipating an April 7 release date. 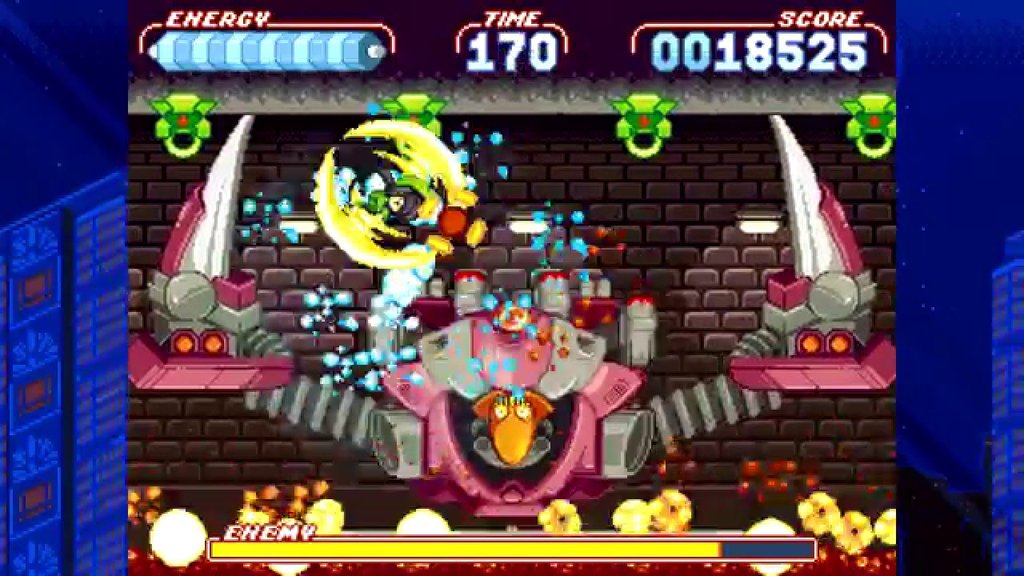 Noitu Love: Devolution was announced for Nintendo systems back in December and is now closer to releasing on the eShop.

The Wii U version has already been submitted and the 3DS one should also be ready sometime this month.

Developer Mathias Kærlev recently wrote on Twitter that a March/April release is likely, instead of the previously estimated Q1 release. 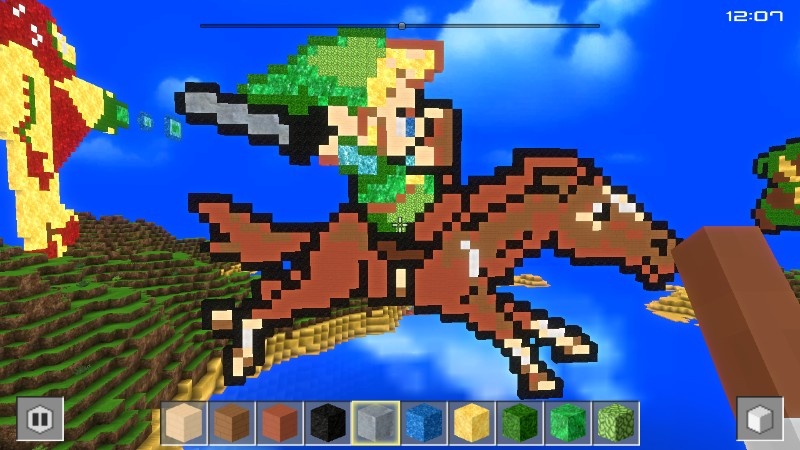 Cypronia has recently confirmed that version 1.2 of Cube Life: Island Survival will be available in all territories next month.

Here’s a listing of what’s included in the update:

Noowanda has shared another video showcasing what’s coming in the next update for Discovery. Take a look at it below: 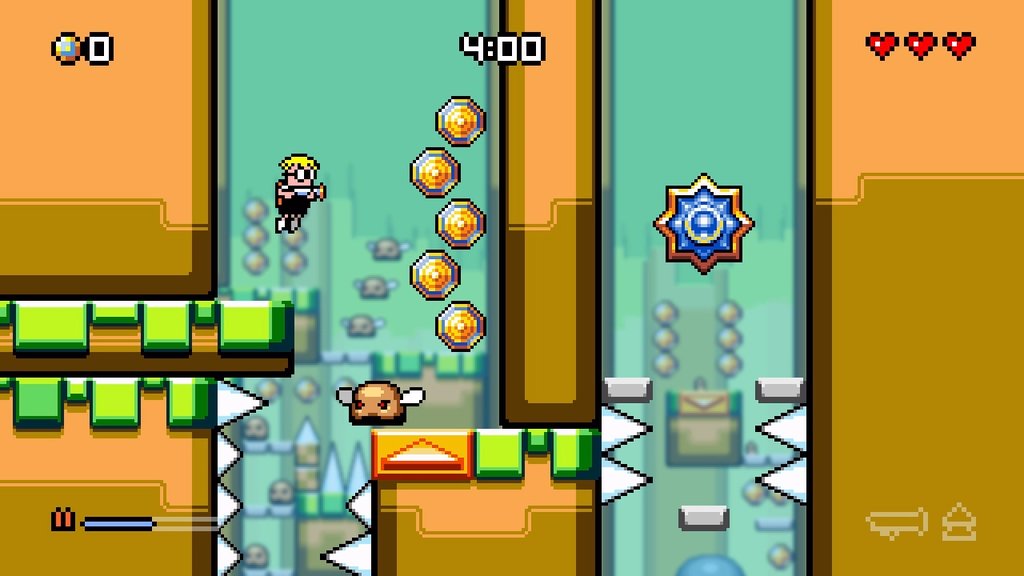 Mutant Mudds Super Challenge, the upcoming 3DS/Wii U eShop game from Renegade Kid, recently had its final version submitted to Nintendo. If approved, the game should be out on the eShop soon, and according to Renegade Kid’s projected time of early 2016. 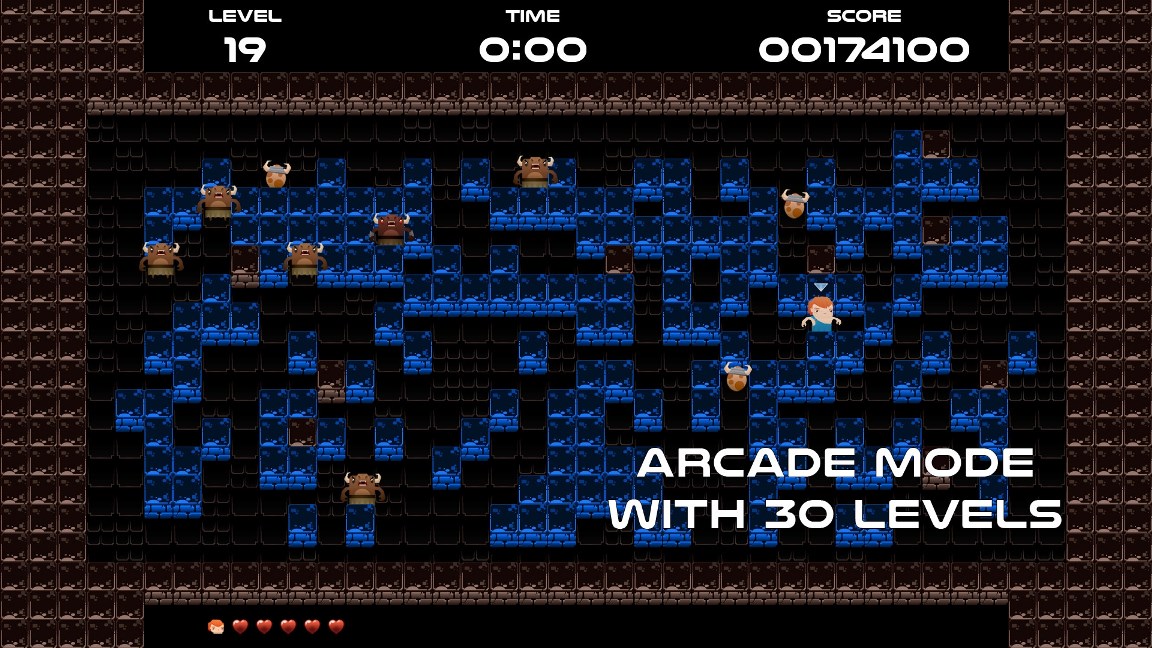 Ratalaika Games had recently confirmed the Minotaur was coming to the Wii U, but now they have decided to also bring it to the 3DS eShop.

The game launched on Steam in January, and the Wii U and Xbox One versions will follow in the coming months. The 3DS version however, will “still need a bit more time”.

Back in 2013, Temple of Yog developer CHUDCHUD Industries released Dumpster Dive! on mobile platforms. The studio describes the game as “an endless runner through garbage, a trash surfing, food-fetching simulator”.

Dumpster Dive! is now planned to come to the Wii U and 3DS eShops. CHUDCHUD Industries’ Cody Diefenthaler shared the news in a brief Twitter message, which also contains the original trailer attached. Check it out below:

Following the previous week’s tease, Sunbreak Games has now confirmed Buddy & Me Dream for Wii U. The game is planned to launch this spring.

Sky Tyrannosaur is helping out with development of the Wii U version, which has the final name “Buddy & Me Dream Edition”. It’ll come with new features plus the outfits, seasons and boosts available in the Samsung Smart TV version.

You can take a look at what the latest version of the game looks like in the video below:

This news comes from Nintendo Force’s brief update on the game in its latest issue. According to the magazine, “the word from the devs is that the release is coming very soon”.

Below you can find the trailer for the original Monster Tale on the DS, so you have an idea of what the game was like:

Flyhigh Works has released a trailer for Witch & Hero II. You can watch it below:

Nintendo has shared a new trailer for Shakedown Hawaii on the 3DS. Check it out below:

Now that Oddworld: New ‘n’ Tasty is out on the Wii U eShop, we have got some gameplay footage of the first 45 minutes of the game, courtesy of TiLMENDOMiNATiON. Check it out below: