Today we have a lot of Fire Emblem If coverage to enjoy!

First, the complete Famitsu interview is now available on the magazine’s website and it has some new, previously unseen, details. So let’s talk about those details. 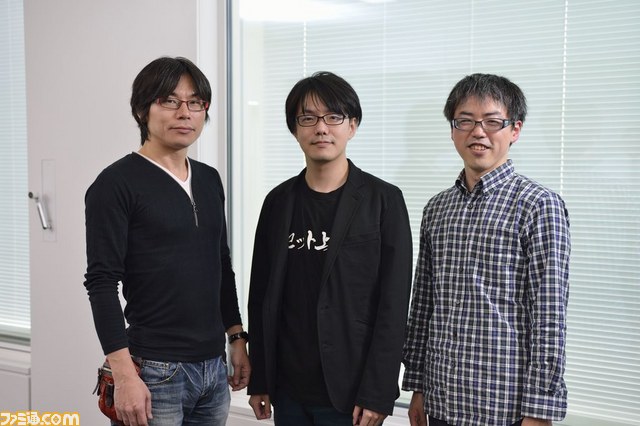 Like before, the first part of the interview is centered around the concept behind the new game and the reasoning behind the introduction of the new Phoenix Mode.

The interview is basically the same until we reach the part about the decision to abolish the weapon triangle.

Maeda explains in this part that when development started on the new game, one of the major challenges they had was to find ways to help newcomers enjoy the game without feeling too stressed out.

One thing that came to their minds was the timing of when to use valuable weapons (for example, the habit of saving them for a future mission) and they reached the conclusion that this form of intense micro-management was too much for newcomers to properly enjoy.

Since some players may consider it wasteful to use a particular weapon in certain situations, they may end up not using it at all, at which point it’s as if the weapon doesn’t exist anymore.

By removing the durability of weapons and giving them more interesting properties, it allows for more enjoyable gameplay, without detracting from the fun of picking and using different weapons.

We already know that weapons no longer have a Weight stat, but Higuchi states that there are “strong weapons that are harder to double attack with”, which functions a bit like it.

Also interesting is the fact that, according to them, Javelins and similar ranged weapons can no longer double attack.

Later, Famitsu asks why they decided to retain Yusuke Kozaki from his role as character designer for Awakening. Apparently, when this topic was discussed at the start of development, the staff unanimously agreed on bringing back Mr. Kozaki.

In fact, since the new game has more characters than Awakening, there were worries about who to call if Yusuke Kozaki didn’t accept the job offer, so the team was very glad when he agreed to take on the role again.

Next, they touched upon the story of the game.

Unlike previous games in the series, this game takes place in a “completely new world”, although there are familiar elements that are sure to bring a smile to those who have played Awakening.

As we’ve seen before, Hoshido is based on ancient Japanese culture, while Nohr is built on the series’s traditional Western fantasy setting.

While Nohr sports a Western theme, it also carries a dark atmosphere. Its castle even stands in the middle of a giant hole in the ground. So there’s a feeling it’s not your typical Western fantasy nation.

On one hand, Hoshido is a pacifist kingdom with exceptional peace and order, while on the other hand, Nohr is subject to terrible weather conditions, leading to poor crop yields and a lack of law and order. In order to expand Nohr’s influence, King Garon orders his children to invade Hoshido.

Thus the royal siblings fight for Nohr, although they each harbour their own hidden thoughts. Meanwhile, the Hoshidan royals take up arms to repel the Nohrian invasion. While this happens, the Avatar is stuck in the middle of the conflict and is forced to make a difficult choice…

Towards the end, Famitsu asks about the different classes that feature in each campaign.

It seems that the classes available depend on the campaign you choose. In Nohr you will typically see more characters in familiar classes, like Cavaliers, while in Hoshido, most characters will be of Japanese themed classes, like Samurais.

The weapons you can obtain will depend on the campaign too. For example, in Nohr you can commonly obtain “swords”, while in Hoshido you are more likely to find “katanas”, which have slightly different statistical properties.

This time around, Pegasus Knights technically do not exist in the game. Instead we have Hoshido’s very similar “Pegasus Warrior” class that, unlike the female only Pegasus Knights of yore, can be either male or female. After class change / promotion, they can wield Bows in addition to Lances.

And that’s all for the interview itself, but there are a few new screenshots we hadn’t seen before, which show us some interesting new things. Here’s a gallery:

In one of the screenshots we have a new character named Oboro. He(?) seems to be of a lancer class.

Ans in another of the screenshots we have a Butler called Joker that is using a new Parallel Seal to reclass himself into a Paladin, Great Knight or Strategist.

The Strategist is an horseback unit that wields Tomes and Staves, probably a promoted Rod Knight.

Besides that, this image has further implications.

Joker’s Level is not 1 in the bottom screen, which suggests that Parallel Seals, unlike Second Seals, do not reset a unit’s Level after class change. If Second Seals will return or not, it is currently unknown. Besides that, it seems characters may only have two class branches now, unlike the three they had in Awakening. Right now, it seems like Joker has access to the Cavalier and Rod Knight branches, which promote to Paladin or Great Knight and Strategist or Butler/Maid respectively.

Besides all of this, the official website for Renka (the artist who provides Aqua’s singing voice) has recently updated with several images of the limited edition and standard CD sleeves and covers of the single, as well as retailer-exclusive A5 clear files, including some previously-unseen images of Aqua.

Both editions of the single contain the following four tracks:

And the special edition DVD contains two music videos of if ~ hitori omou, one based on Renka and the other based on Fire Emblem if.

Here’s a gallery with the images mentioned above:

And last but not least, some kind soul uploaded the Fire Emblem if pages from the 21st May issue of Dengeki magazine. Here they are:

You can find a translation of the character profiles in this previous post.

Once again, special thanks to our friends at Serenes Forest for all the info!