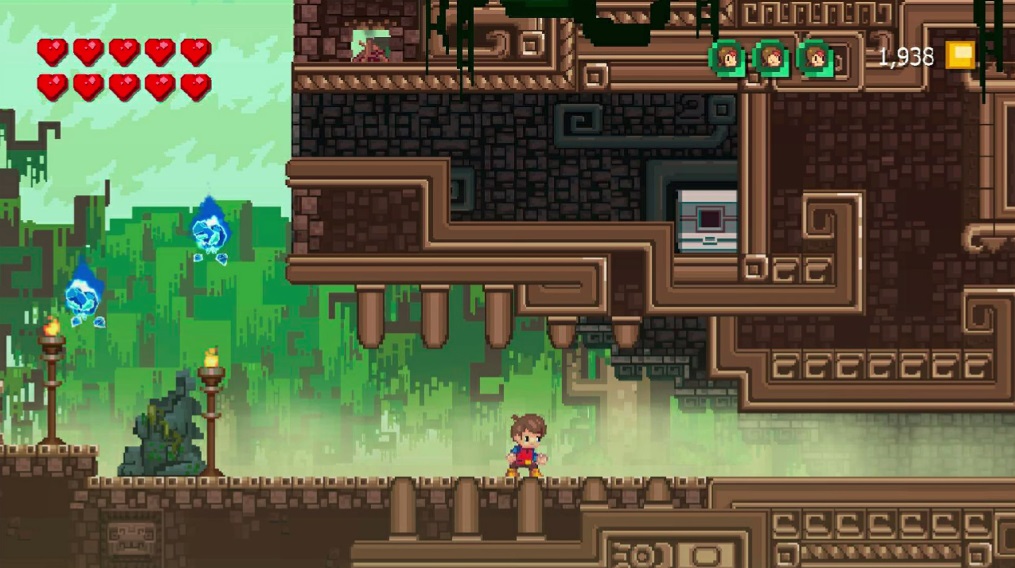 TicToc games has now confirmed that Adventures of Pip is coming to the European Wii U eShop on January 21. If you live in America and want to give the game a try, you don’t need to wait because it has been out since June 4 2015 over there.

Lightwood Games recently announced that it will be making Word Puzzles by POWGI available in the European eShop on January 28, with North America to follow soon after. The title was only previously confirmed for 3DS, but a Wii U version has now been revealed as well, and will be launching alonside the 3DS version on the same day.

Word Puzzles by POWGI features a collection of six different word games and allows users to generate custom puzzles by tapping an amiibo. This makes it the first independent game to support every single amiibo figure and card to date.

Below you can find trailers for both versions of the game and a developer video showcasing the amiibo functionality.

Dungeon Hearts DX was first announced for the Wii U back in September 2015. The game now has a more concrete release window. According to Devolver Digital, if everything stays within their plan, Dungeon Hearts DX will be available sometime in the upcoming month of February.

Until then, you can check out the trailer below to get an idea of what the game looks like.

Log Games has recently announced Epic Dumpster Bear, its next game for the Wii U eShop. The action-platformer takes inspiration from 16-bit era games and makes players take on the role of a dumpster bear with a chip on his shoulder. After an evil corporation destroys the forest where he lives – forcing him to eat dumpster food to survive – the bear decides it’s now his turn to take out the trash.

Epic Dumpster Bear will be coming to the Wii U eShop in North America, Europe and Oceania this spring. Meanwhile, you can watch a trailer for the game below: 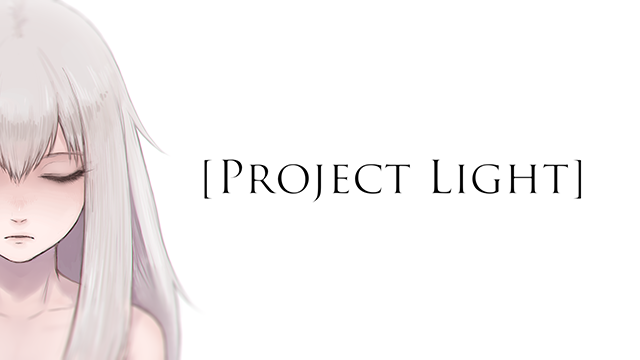 The developer has recently provided NintendoNuggets with an update, stating that the project is on track for a Q4 on the Wii U this year, and will be fully worked on once Super Night Riders is released.

Here’s a few screenshots showing off the game:

No Time to Explain

No Time to Explain, tinyBuild’s platform game that initially started as a browser release back in 2011, might be coming to the Wii U, at least according to a recent PEGI listing. The game has released on several systems since its debut, and it looks like the Wii U will be joining that list as well soon.

The developer stated to Nintendo Everything on Twitter, after the listing was uncovered:

“well for the record we’re working on it but can’t confirm, it’s our first console game and the code is difficult to optimize”

If everything goes well, we will hopefully see it come to the Wii U.

Meanwhile, here’s a brief overview of No Time To Explain, followed by its Steam trailer:

“No Time To Explain is a game about shooting the ground, putting on weight and setting your body on fire. Blast yourself through time and alternate realities to rescue your future-self from a giant crab sent by your evil time-twin from another dimension! Add up to 3 friends to join during the adventure.”

Edrox Interactive recently released a few new screenshots of their upcoming Wii U title Bizerta: Silent Evil. You can take a look at them in the gallery below:

The Perplexing Orb is now out on the North American Wii U eShop, so NintenDaan captured some footage of the game in action. Check it out in the video below:

As many of you probably know by now, the Shovel Knight amiibo doesn’t require players to open its box for it to work, unlike Nintendo’s amiibo, due to not having the protective sticker on the bottom of the box.

In a recent interview with Polygon, Yacht Club’s David D’Angelo explained why the team decided to this, which is due to fan feedback. He stated:

“We got a lot of feedback from fans before release who wanted to be able to scan the amiibo inside the packaging so they could still use the figure [in-game] while keeping it as a collector’s item. We didn’t see much issue with their request: while you can stand with a 3DS in store and try to scan it — we didn’t think that was actually something people would do due to the nature of the content we were making.”

Nintendo was completely ok with Yacht Club’s decision on this matter, and supported having Shovel Knight ship without the protective piece.

amiibo aside, in the latest episode of the 8-4 Play podcast an interview with Yacht Club Games’ Sean Velasco and David D’Angelo was held. In it, while speaking about Shovel Knight, the two developers mentioned that they’re still developing more content for the game, but that once that’s done, the team would be “silly” not to make a sequel. They also reiterated that a follow-up title could be another NES-style game or something more in line with the SNES or Nintendo 64.

Here’s hoping to many shoveling years to come! 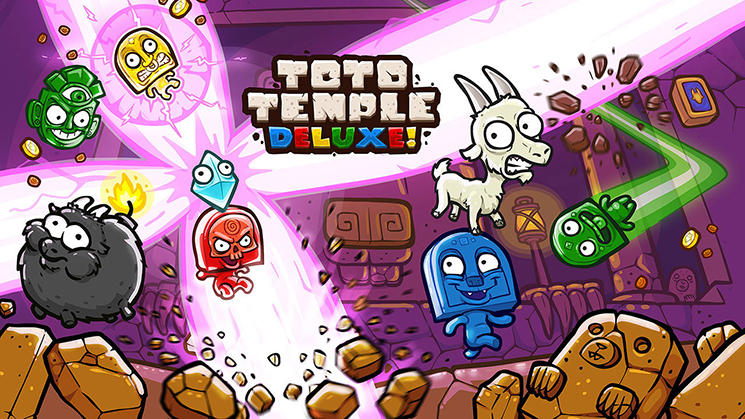 In a recent developer blog, Juicy Beast, the developers behind Toto Temple Deluxe, stated that the game “didn’t sell very well” and shared some potential reasons as to why the game didn’t perform as well as the studio hoped it would.

Here’s an interesting part of the article:

There’s a good possibility that the game didn’t have good enough “hooks” to captivate people’s attention. Sure, “fighting your friends to put an egg-laying goat on your head” sounds funny and weird, but it doesn’t really give you a clear idea of what it’s like to play Toto Temple Deluxe.

At the end of the day, we think the biggest factor is because it’s a local-multiplayer game with no online play. The game is aiming at a pretty niche audience by requiring actual human friends to play, and we can’t ignore the impact it has on sales. A quick look at comments on YouTube, Reddit and such, and it’s obvious that a lot of people are simply not buying the game for this very reason (that along a lack of solo experience).

On top of all this, we also think the game came out almost 2 years too late. Back in 2014, when the local-multiplayer boom was happening, Toto Temple Deluxe’s development felt more logical. Today, it feels a bit out of place, as we think a lot of player might have bought popular local-multiplayer games in the past, then realised that they would play them less and less frequently. We definitely can’t blame them, since it’s pretty much the same for us.

Besides this, they talk a lot more about the creation of Toto Temple Deluxe in the post, including an analysis of the potential gameplay “problems” and marketing experiments developed alongside the project. You can read the full post over here. 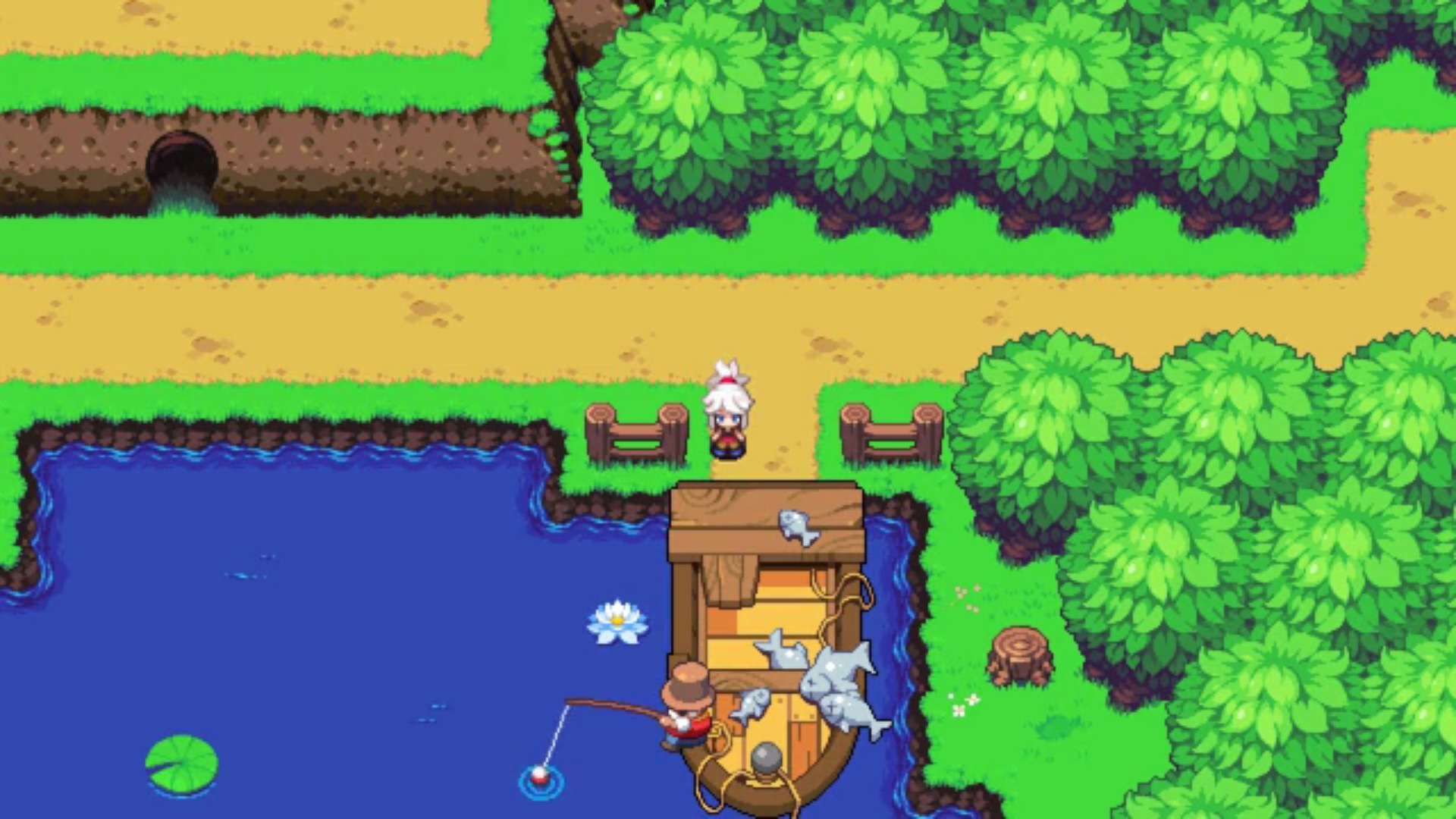 Since it achieved funding on Kickstarter back in July 2014 Midora, a The Legend of Zelda: Minish Cap inspired indie game, has gone through its fair share of financial problems. It all culminated with Epic Minds recently cancelling the project for the time being and offering refunds to those who pledged to the original campaign. The developer felt this would be the optimal way to put an end to the situation after being unable to strike a deal with investors or publishers during last month.

“1) Why refunds?We took your money to create a game and simply failed to deliver. This shouldn’t need explaining but, at the end of the day, we are not thieves. The project failed for many reasons, including unexpected events and different outcomes regarding what we had accomplished. Not everything went according to plan and this is the situation that we’re in. The best way to one day create Midora is to simply stop trying now and come back to it once everything has healed. I want to come back to this project once we have enough to see this project through, from wherever we left off to finish.

Because it’s time. I wanted to finish 2015 by making sure we did everything that we could to fix this, and I am now glad it’s over. This new step is the first step on the path to a clean sheet. Offering refunds might delay our plans to one day come back to this quite significantly but that’s a truth I am willing to accept, a reality I have to accept.”

However, Epic Minds still remains hopeful it will be able to resume work on Midora one day, as stated on Kickstarter:

“With the decision of offering refunds, Midora certainly becomes a distant dream. However, I am not giving up on it at all. My goal is to get back on this project as soon as possible, using money I will hopefully make on other projects. This kickstarter is not dead, and everyone who has pledged money, without claiming a refund, will remain in the database. Your pledge data isn’t going anywhere, which means you will still receive your reward if I can finish the game one day.

With that said, I am hoping some or most of you will not ask for a refund, at least not yet, in order to help me find some sort of balance. The less refunds, the sooner you can expect me to go back to Midora and bring you the game we all believed in from the start.”

With a bit of perseverance, Epic Minds might be able to work on Midora again in the future. Meanwhile, we can only wish them good luck and help support their projects.