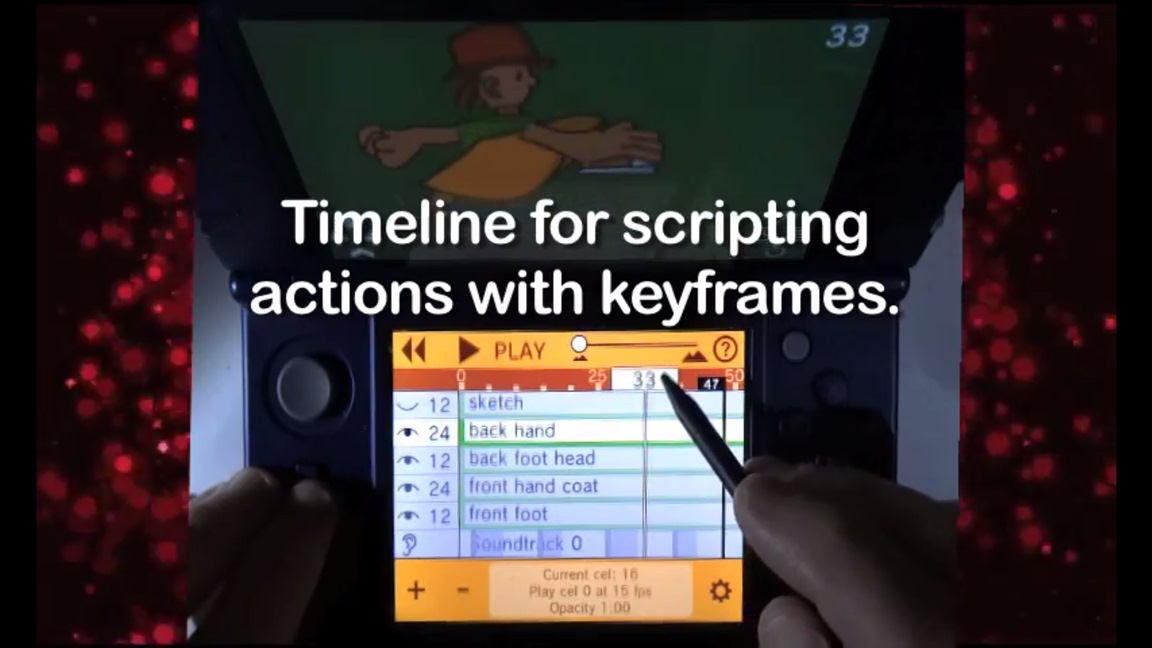 Similar to its DSiWare predecessor, the app allows users to make looping animations. It features eight customizable brush tools, with antialiasing and transparent brushes, onionskin, stamp-making, and a built-in particle-system. Creations can also be shared online through an official website. 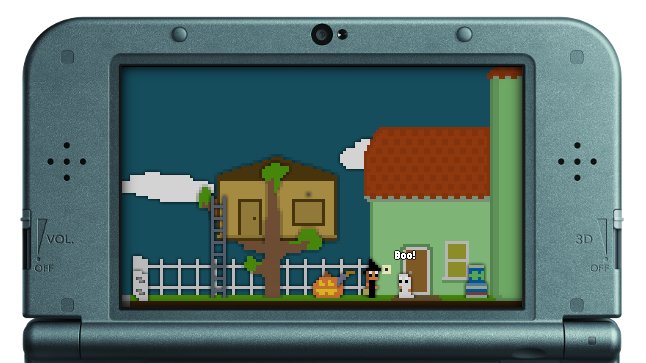 The indie developer is now following up on that game with the next entry in the series Candy, Please!, which is now out on the eShop for $1.99.

The Binding of Isaac: Afterbirth+ 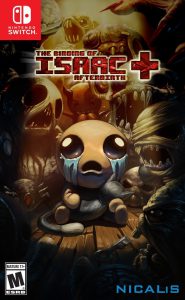 In a recent update on the official website for Nicalis, developer Tyrone Rodriguez announced that The Binding of Isaac: Afterbirth+ will be released for the Switch on launch date and in retail form to boot. He wrote:

“By now you’ve hopefully heard that The Binding of Isaac: Afterbirth+ is coming to Nintendo Switch in retail form. What does it mean?

It means that there is more than just The Legend of Zelda: Breath of the Wild on launch. Afterbirth+ will be available at retail as well as on the Nintendo eShop for $39.99 and will include Rebirth, Afterbirth and Afterbirth+ packed together as one game.”

Nicalis has also shared on Twitter that it intends to bring Cave Story, 1001 Spikes, and Hydra Castle Labyrinth to the Switch too.

Yacht Club Games has shared that Shovel Knight: Treasure Trove and Shovel Knight: Specter of Torment will launch first on Switch during the system’s launch window for $24.99 and $9.99 respectively.

The team also announced that Shovel Knight Sound Test Mode is on the way to all versions of the game as a free update.

Finally, Specter of Torment and Shovel Knight co-op were playable on Switch for the first time at PAX South, so you can find some new gameplay footage of that below, thanks to GameXplain. 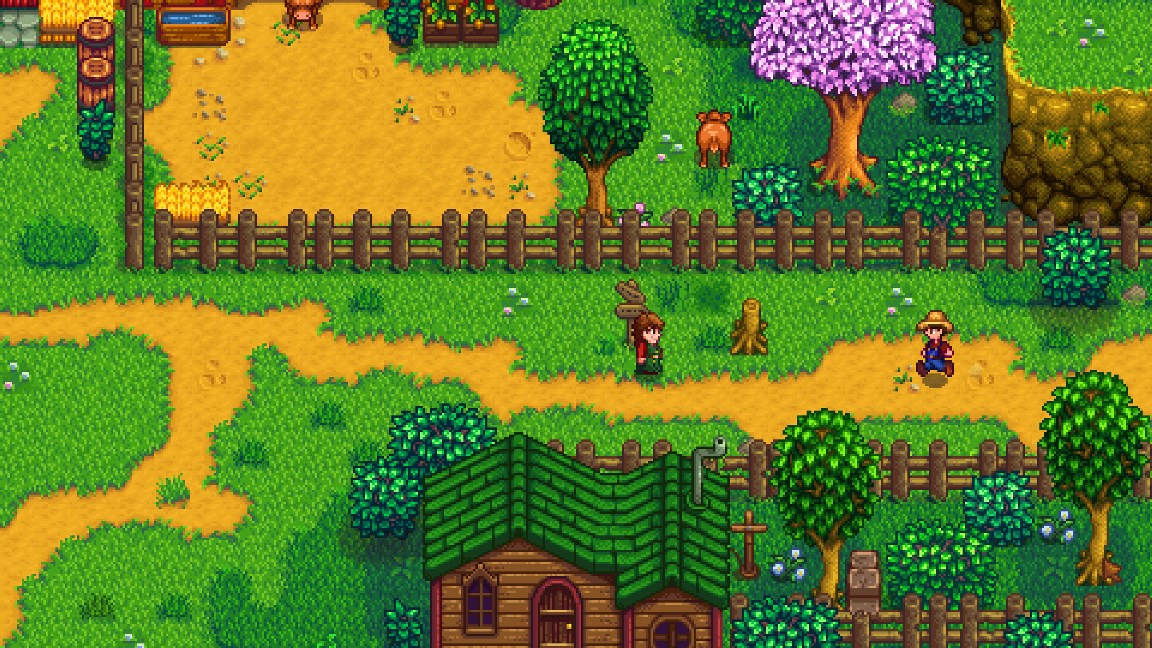 Towards the end of November, ConcernedApe announced that Stardew Valley had been cancelled for Wii U in favor of a Switch version.

He has now provided us with a small update about the Switch release and, as you can read below, it seems like it won’t be ready until later this year.

Stardew Valley will not be a launch title on Nintendo Switch, but I am still planning on bringing it to the platform later this year.

Graceful Explosion Machine will be releasing during Switch’s launch window. According to Vertex Pop you can expect the game on the eShop sometime during spring.

“Graceful Explosion Machine fits perfectly as a premiere indie game in our launch window lineup. It reflects the diversity and breadth of the kinds of top-notch games we’re looking for on the Nintendo Switch system.”

Finally, you can take a look at the trailer for the game below.

Monster Boy and the Cursed Kingdom 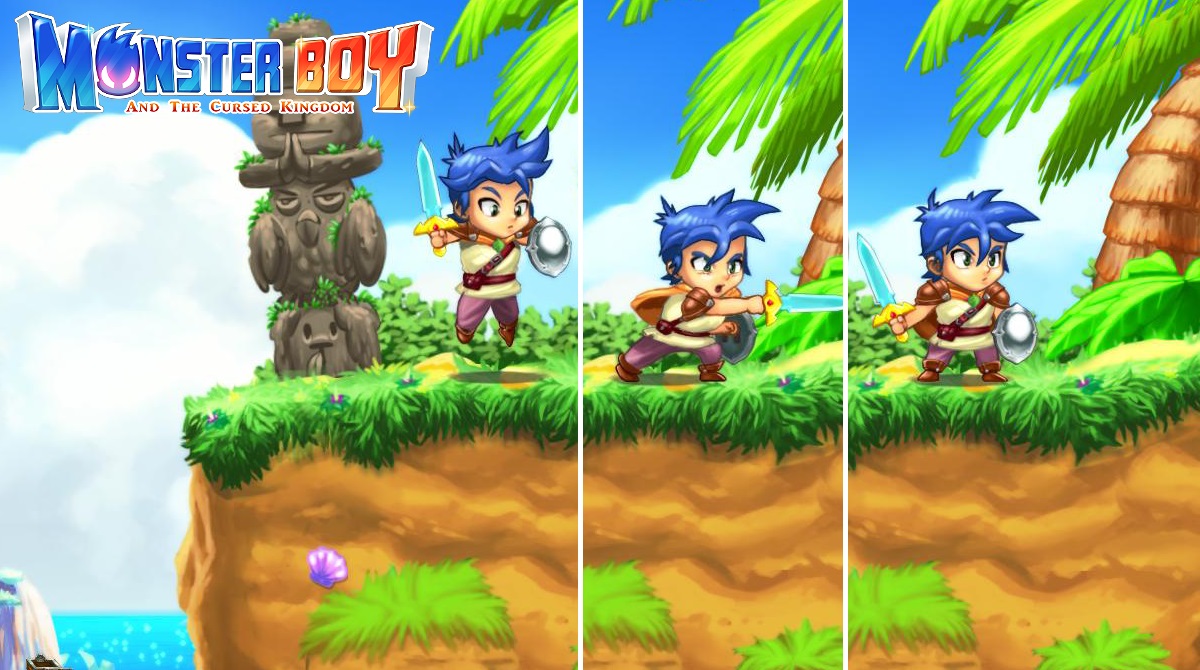 Monster Boy developer FDG Entertainment has updated the game’s blog stating the team is now in the ending stages of the development cycle. It seems that the game is almost finished but they still have to polish some details. They have also reworked the face of the protagonist, Jin, and other graphics after receiving some feedback.

Monster Boy and the Cursed Kingdom will get a simultaneous release for all systems including the Switch, but it’s too soon to have a specific launch date yet. 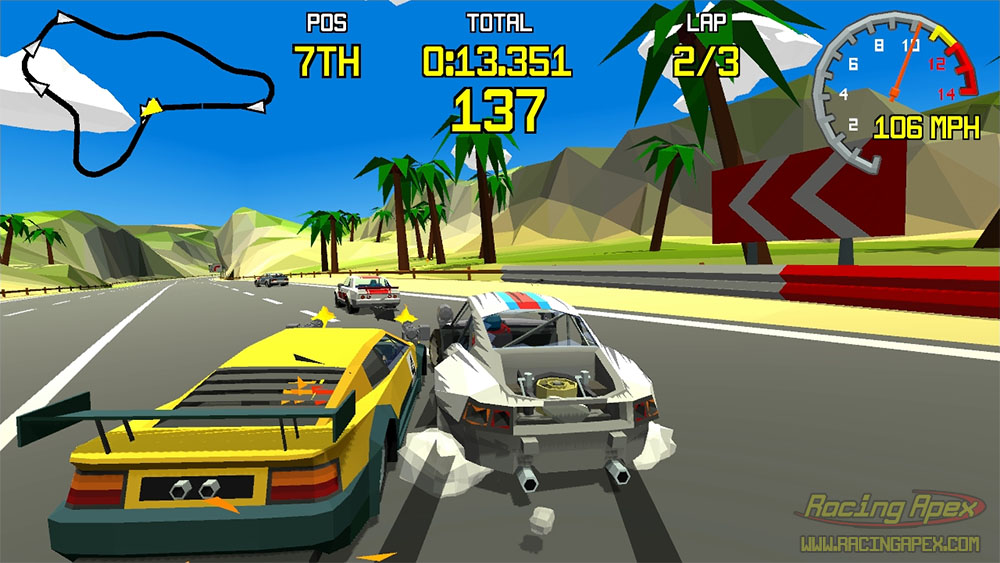 The game was originally going to have a Wii U version, but the studio is now planning to release it for the Switch as well.

The game doesn’t have a release window yet though, but hopefully we will hear more about it later in the year. 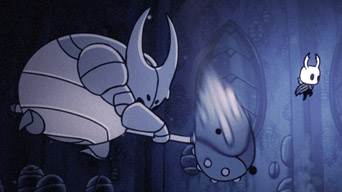 Team Cherry has announced that Hollow Knight is no longer coming to the Wii U, but it will be on the Switch instead.

The team intends to release the game “not too long” after Switch launches.

“We’ve had a long conversation with Nintendo and given their recent reveals, we can now announce: Hollow Knight is making the switch to Nintendo’s new portable/home/hybrid platform!

That’s both sad and happy news for us. Though we can confirm the Switch as a release platform, we also have to confirm that Hollow Knight will no longer make its way to the Wii U. That’s not a step we’ve taken lightly. Our Wii U release has recently been hampered by several technical challenges and though we’d love to see Hollow Knight on our favourite console, we feel the quality difference would end up such that Wii U players will be experiencing a lesser version of the game.

We’re aiming to release the Switch version of Hollow Knight not too long after the platform’s launch.”

The Unlikely Legend of Rusty Pup 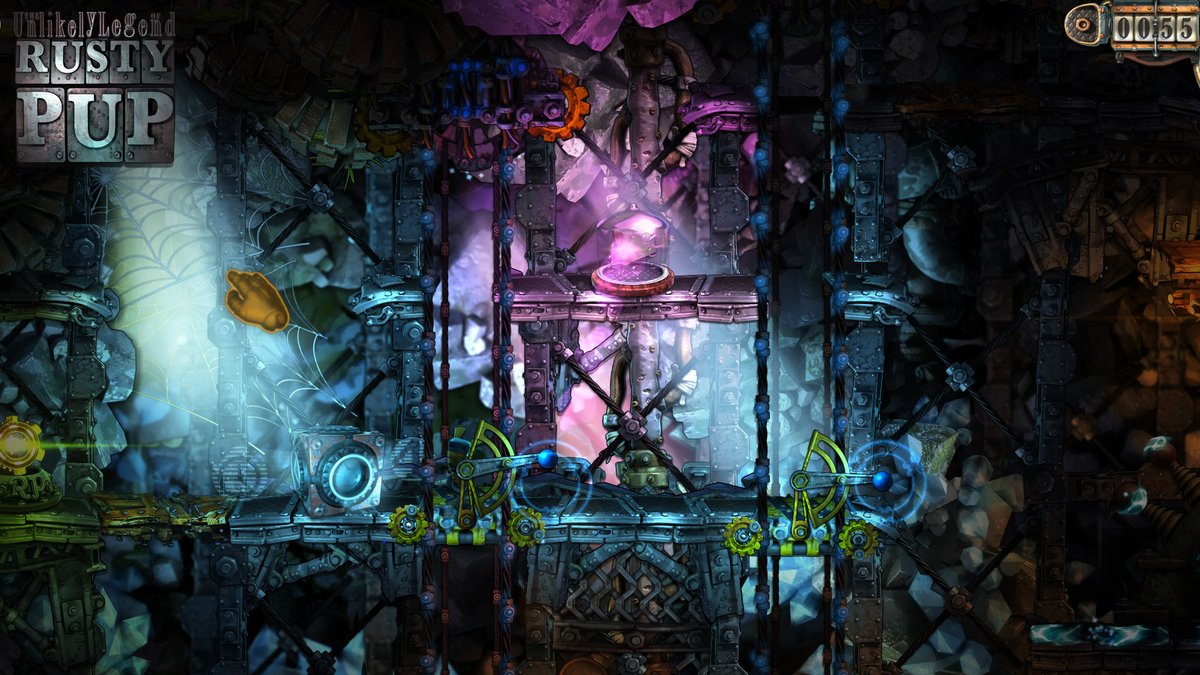 The Unlikely Legend of Rusty Pup creator Chris Seaver of Gory Detail has told Nintendo Life during an interview that development of the Wii U version of the game has stopped. The focus now lies on the PC version, however, as soon as Gory Detail get their hands on a Switch development kit, they will start work on porting the game to Nintendo’s newest system. Moreover, Seaver explained that a release on the 3DS is “dependent on resources and time issues”.

“We’re looking to have everything done on the PC side by September or so, the Nintendo Switch side of things depends on when dev kits become available. As you can imagine there’s a lot of people wanting them and I can’t imagine little indies like us are too high on the list. We’ll see.

I’d pretty much back-burnered the Wii U in terms of dev for a while now because of the cost to develop on something that was increasingly seen as a dead end system. Along comes the Switch, hopefully reinvigorating Nintendo’s home console market. It all dovetails nicely. Switch is pretty much a defo, just not sure when. 3DS is dependent on resources and time issues but currently a yes. Wii U, nah.”

Lanze Games has recently launched a Kickstarter campaign in hopes of funding its new project Pixel Princess Blitz. If funded, it will release on Switch and other consoles after the PC version is complete.

Pixel Princess Blitz is “a roguelike sandbox action RPG that aims to provide a deeper gameplay by generating and simulating a harsh, authentic fantasy world filled with adventures”.

Here’s an overview of its features:

– Overworld Survival – Turn-based, exploration survival on a large hex grid map without hand-holding.
– Real-time Action – A huge motion palette including melee and ranged attacks, spells, dodging, blocking, deflecting and special moves.
– Huge Arsenal – A minimum of 4 weapons types, different armors, accessories and items that can be upgraded, repaired and enchanted.
– Dynamic story – Each move and interaction with factions and characters has a huge impact on your multi-ended journey. – Gain respect and affection of NPCs that inhabit the dynamic world.

You can learn more about it on the official Kickstarter page over here, and watch the proposal trailer below. 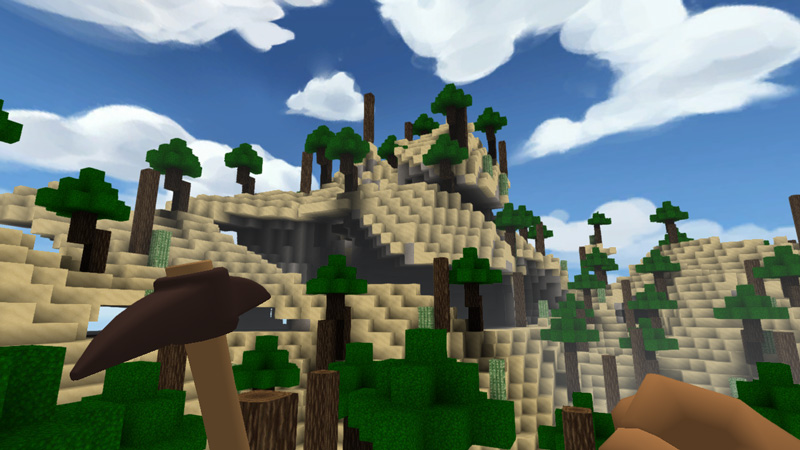 Finger Gun Games has now released a new patch for Stone Shire which brings the game up to version 1.2.1.

The patch notes are as follows:

Fixed a bug where players were falling through the world when they attempted to set down a block in the same space that they were standing.
Fixed a bug where the music was warping and glitching out.
Fixed a big where the torch sound effect was always playing on the TV no matter the mode it was in. 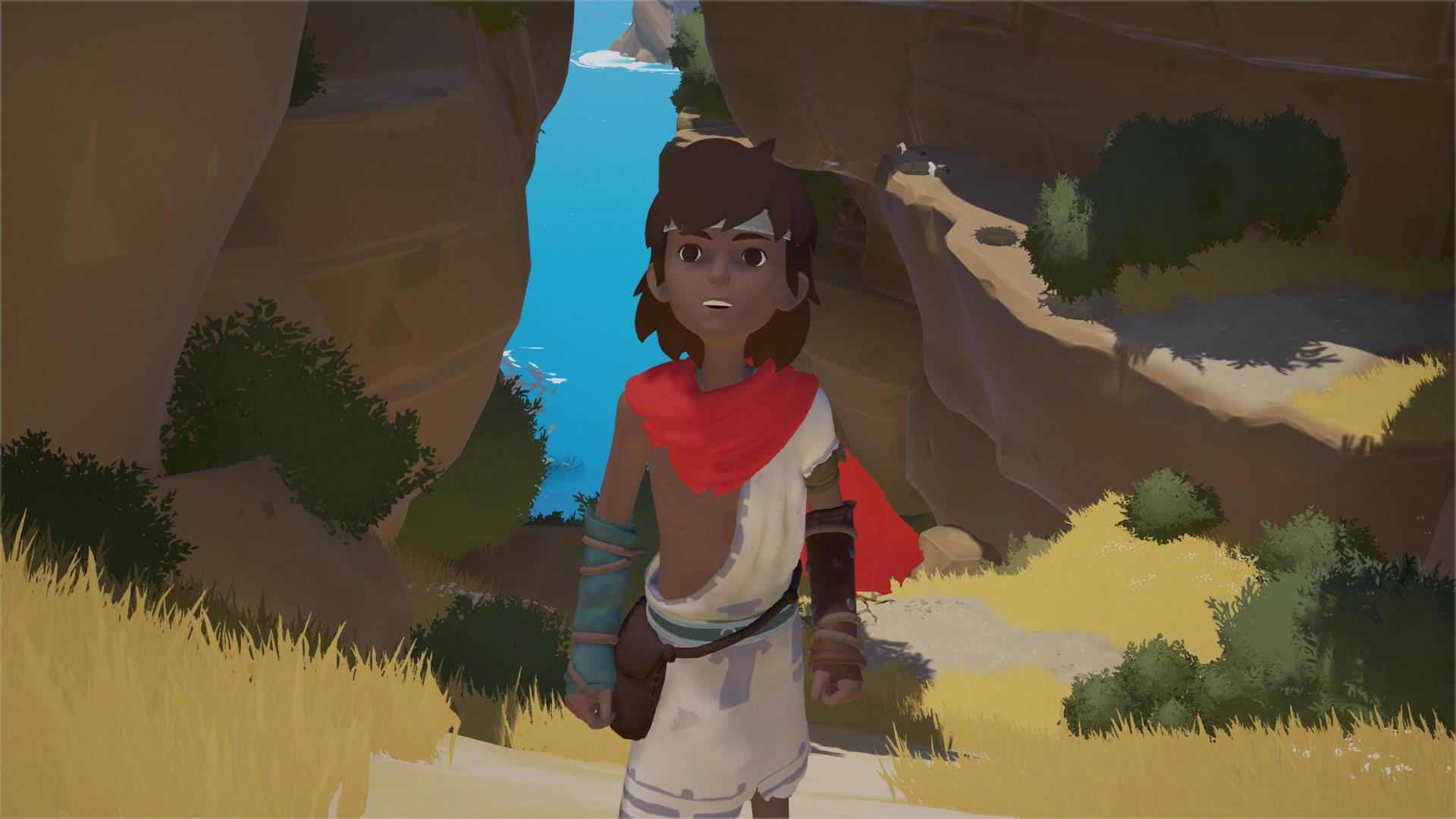 Rime will finally be released in May, but Tequila Works had quite a long and stressful development period, having originally announced the project in 2013.

Creative director Raul Rubio has now admitted to IGN that Rime’s development was, at one point, actually in jeopardy. He also talked about the various changes that occurred since the project was announced, and all the work that went into polishing the experience.

You can read up on all of those facts about Rime’s development history over here.

Choice Provisions has once again shared another Runner3 blog update. In the latest post, the final boss of Spookyland is shown to be the Parliament of Owls.

Here are the details from Choice Provisions: 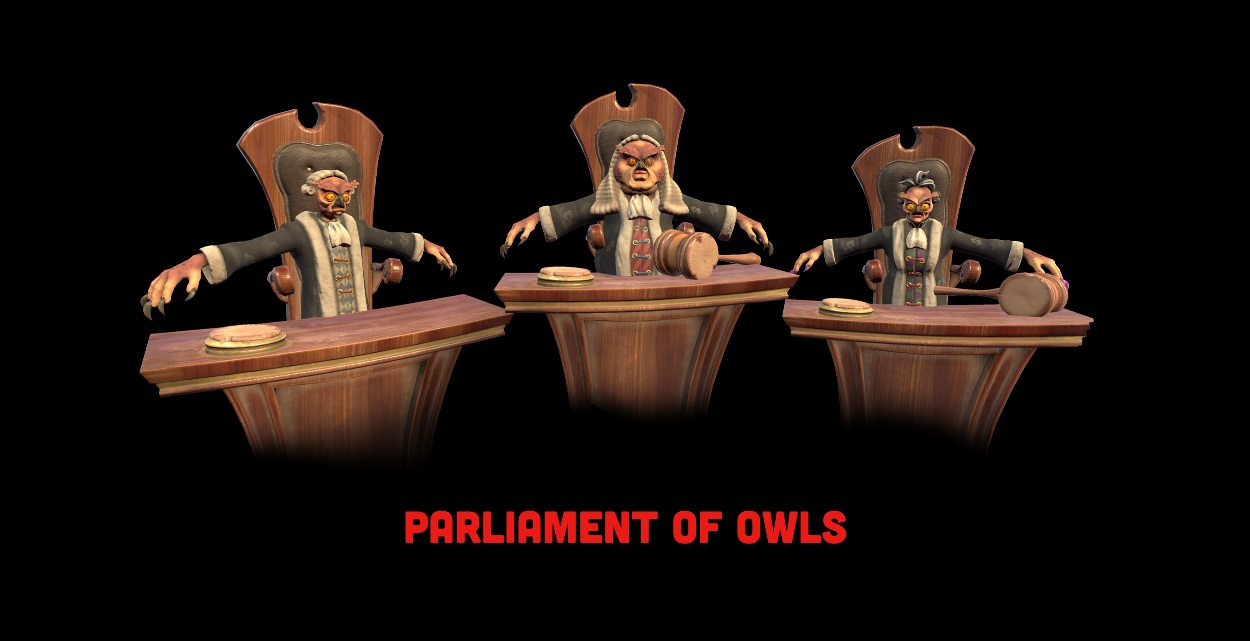 “These owls are not what you’d call honorable. And to make matters worse, their nocturnal nature makes it so that all court activities must take place in the dead of night. I’m really trying to avoid making a Night Court joke here.

I should probably also mention that these owls are currently in what you’d call a “t-pose”, meaning they won’t have their arms awkwardly raised like that when you encounter them in the game. Rather, they’ll probably be doing something menacing like banging their gavel or hurling their wigs at you.”

Punch Club recently launched on the North American 3DS eShop. Due to that, the game’s launch trailer is now available, and you can watch it below.

A new trailer for Warlock’s Tower, which is coming to 3DS soon as an eShop title, is now out. Check it out below.

Toby: The Secret Mine

Headup Games has released a launch trailer for Toby: The Secret Mine. You can watch it below followed by some gameplay footage of the title.

Below you can find more new footage of Shin’en’s FAST RMX, which is coming to the Switch within the launch window. Check them out.

Circle Entertainment recently brought Koi DX to the Wii U eShop. That said, you can now find some gameplay footage from the title below, thanks to NintenDaan.