Gunslugs is making its way to the European 3DS eShop on June 16, with price set at €1.99, as you can see from the listing below: 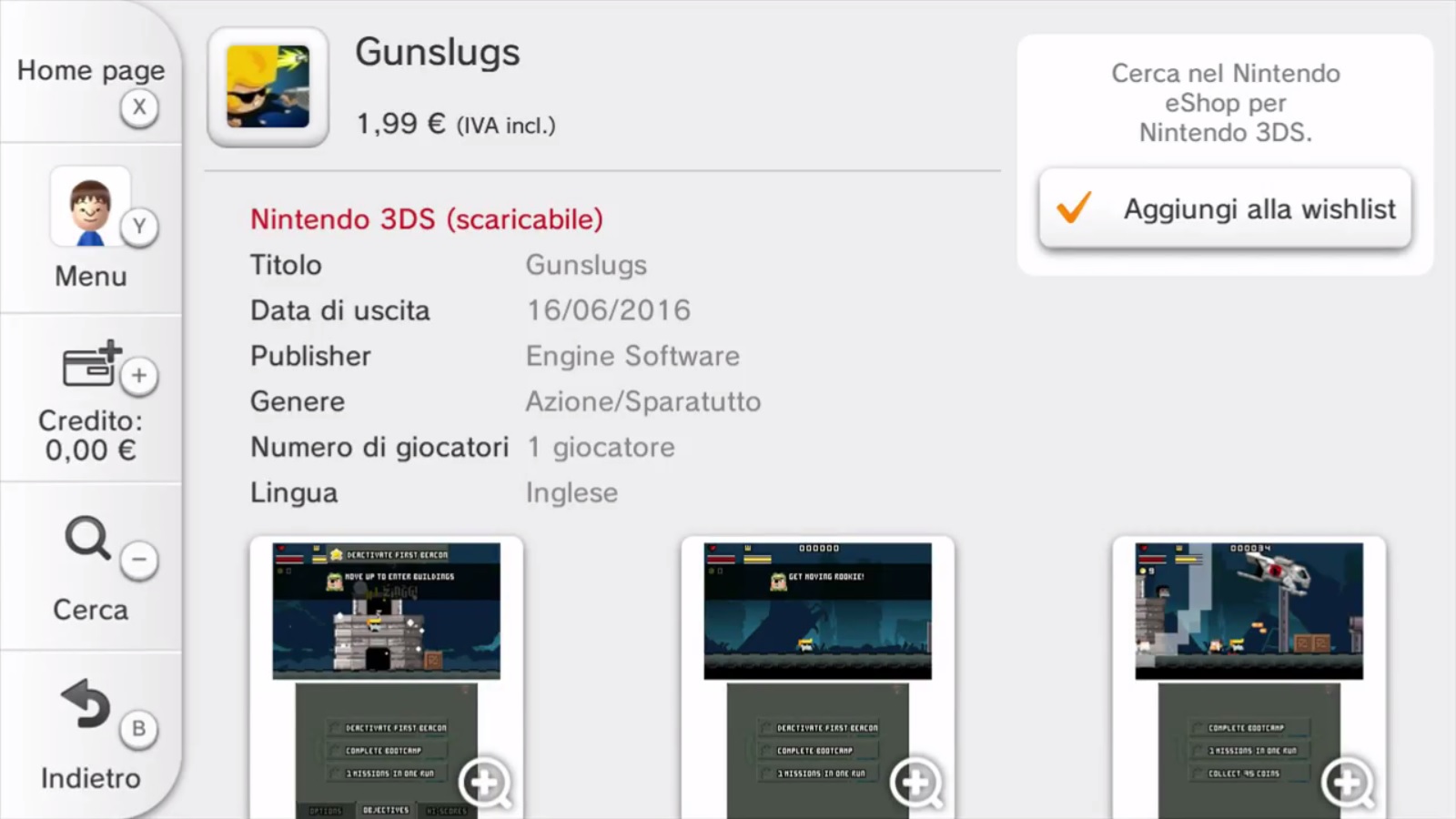 According to an European eShop listing, Dual Core is releasing on June 23 in PAL territories. Pricing is set at €9.99. 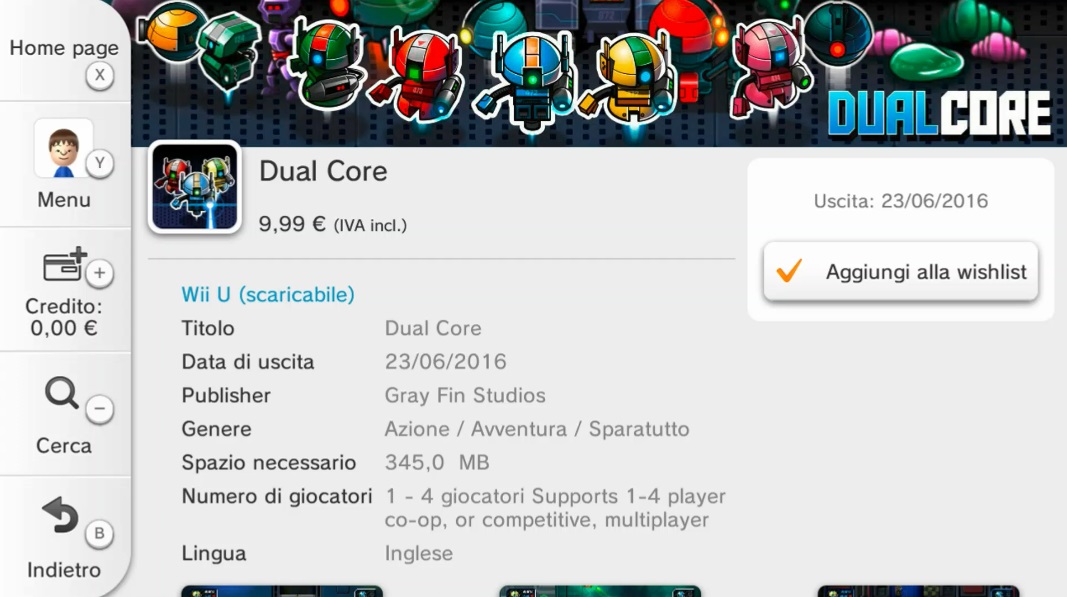 nuGAME has announced that Steel Lords is hitting the European Wii U eShop on June 23, and will cost €14.99.

You can watch a trailer for the game below: 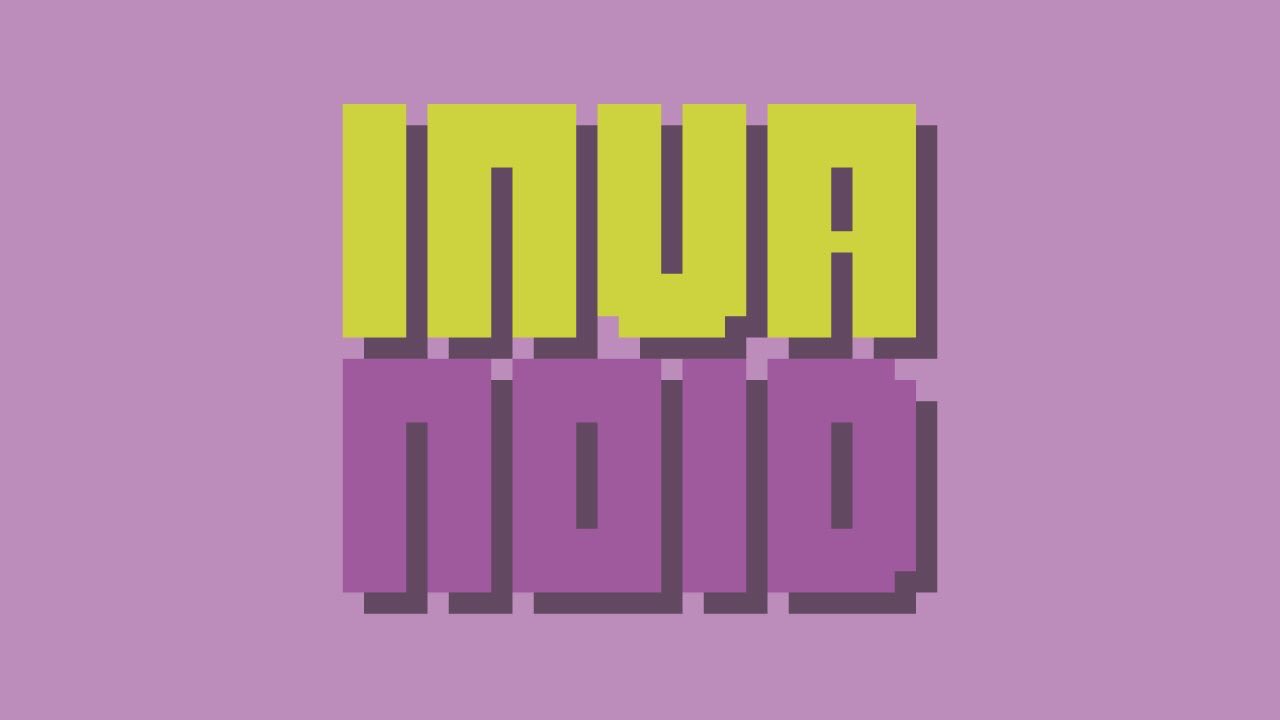 RCMADIAX has announced that Invanoid will be releasing on the Wii U eShop on June 30, with pricing set at $1.49.

The game will also be included in Tap Tap Arcade 3, which is scheduled for late 2016 or early 2017 in Europe.

Noitu Love: Devolution was announced for Wii U and 3DS towards the end of last year. It was targeted for release in March/April on Nintendo’s platforms, but that didn’t happen. Fortunately, the game is still coming and probably soon.

Mathias Kærlev provided an update on Twitter recently, and confirmed that the 3DS version is done, and should be out in early July if all goes well. The Wii U version is also already with Nintendo for check.

Here are his tweets:

@BalkiKetwurst The Wii U build was completed some months ago, already accepted by NOA

Dolores Entertainment announced back in 2014 that Bit Dungeon was in the works for Wii U. Well, it should be out soon under the new name “Bit Dungeon+”.

Bit Dungeon+ features fast-paced action inspired by Zelda with randomized loot. The game will offer randomized dungeons along with hack-and-slash gameplay as you journey to take down bosses. 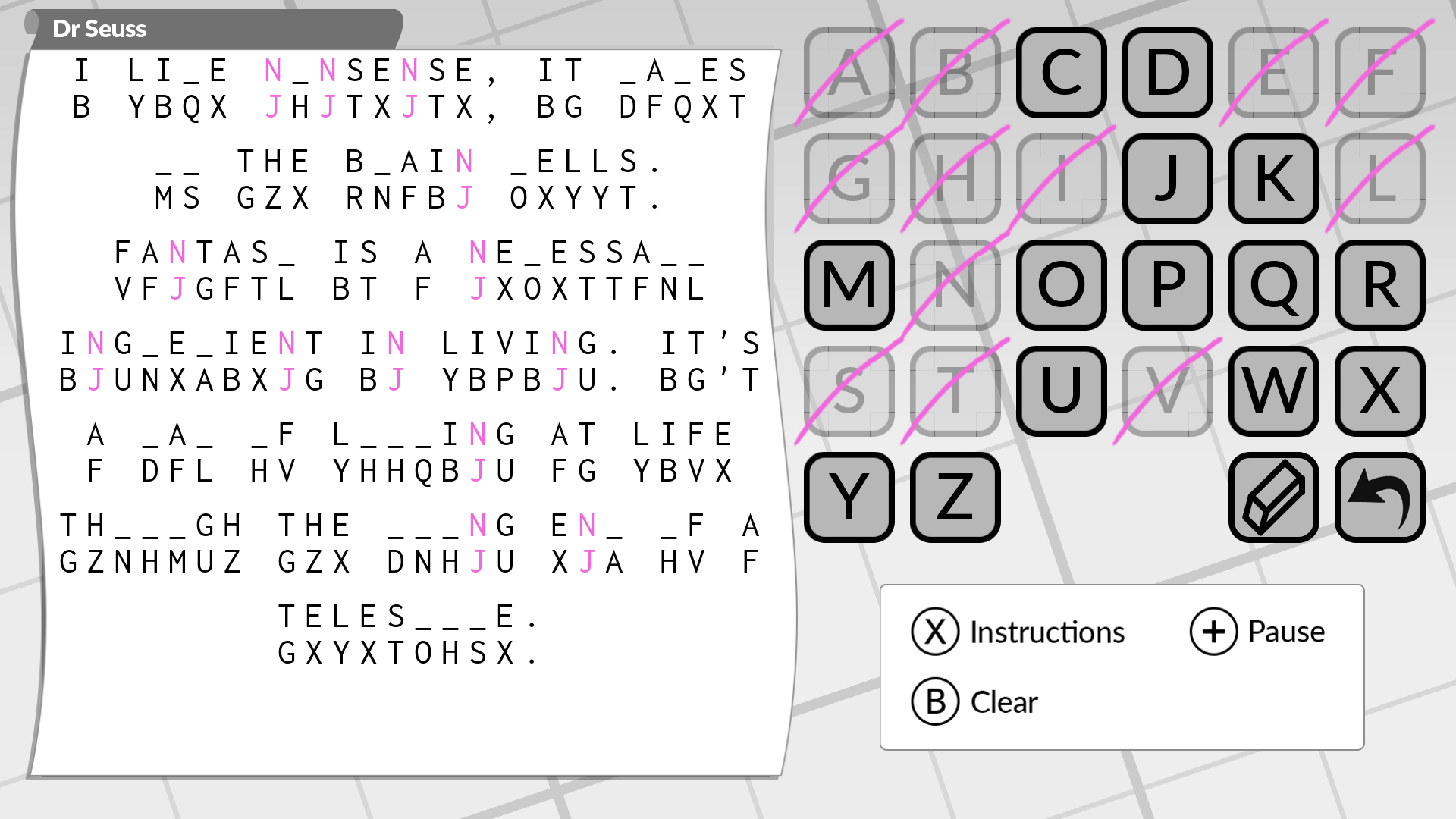 Lightwood Games is preparing a new title for the eShop. Later this year, “Word Logic by POWGI” will be released on both Wii U and 3DS. It is tentatively targeted for August.

Word Logic by POWGI features six pen-and-paper style word puzzles which require some degree of logic or deduction to solve. Both versions will support touchscreen controls, while the 3DS edition will specifically offer handwriting recognition. A “left mode” is also included to avoid players blocking the screen with their stylus hand.

Here’s a summary of the different puzzles:

• Kriss Kross – The classic word-fit puzzle. Place words into the grid using their length as a guide, and using logic to make sure everything overlaps correctly!
• Word Ladder – Make new words by changing one letter at a time. Can you turn one word into another in a limited number of steps?
• Crypto – A cipher puzzle (also known as a cryptogram) which reveals a quote when you crack the code!
• Word Sudoku – Place nine letters according to usual sudoku rules. As an extra clue, one row or column will spell a word.
• Gaps – Several words have one letter missing. Deduce the correct letter to fill in the gaps and spell a new word!
• Wordsweeper – Drawing inspiration from Minesweeper, the clues tell you which letters can be placed in an adjacent square. It’s a crossword-style puzzle solved using logic!

Lightwood Games is working on another title for Wii U and 3DS called Worcle Worlds, and will be releasing it later this year on the eShop.

The classic mobile game Worcle has been reimagined for dedicated gaming systems, and will include “a large story mode with hundreds of missions across ten different worlds, local two player battles and live online games”.

Below you can find some gameplay footage from various eShop games.