Intropy Games has announced it is launching Emojikara: A Clever Emoji Match Game on the Wii U eShop on April 7 for $2.99.

As the name implies, this is a game full of emoji and word puzzles, which are over 100.

Log Games’ Epic Dumpster Bear is releasing worldwide on the Wii U eShop on April 7.

The game supports off-TV play, Miiverse stamps, and unlockable bonus levels that use the Wii U GamePad to solve puzzles.

You can find the launch trailer below:

According to a listing on Nintendo’s website, Lovely Planet is coming to Wii U in North America on April 5, for $9.99.

With boots of speed on your feet, an infinite supply of bullets for your semi-automatic and the ability to jump over twice your own height, you’re well equipped to go up against any enemy on your quest to reach Lovely Planet! Balance between jumping around dodging bullets and taking aim for a better shot at your enemies, don’t waste time camping at cover spots and waiting for enemies to pop out – artfully evade the onslaught of bullets and defeat all baddies that stand in your way!

And a trailer to refresh  your memory of what the game looks like: 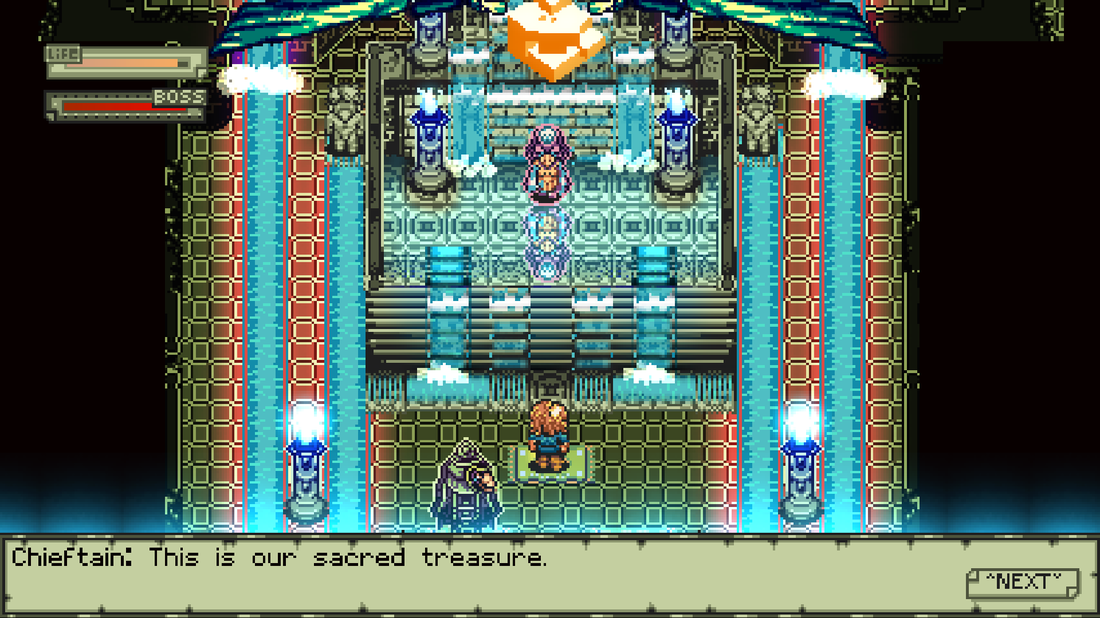 Chromophore: The Two Brothers Director’s Cut has long been announced and coming to the Wii U. AckkStudios has taken a long time working on it, but now that Y2K is wrapping up, the developer is shifting its attention back to Chromophore.

The official Chromophore website has now been updated and you can find it here. The  release window now appears to be Q3 of this year, with development now at 75% complete.

Ratalaika Games has announced it’s developing Defend Your Crypt for Wii U and 3DS. At some point in the future, the game will be coming to the two platforms as an eShop title. 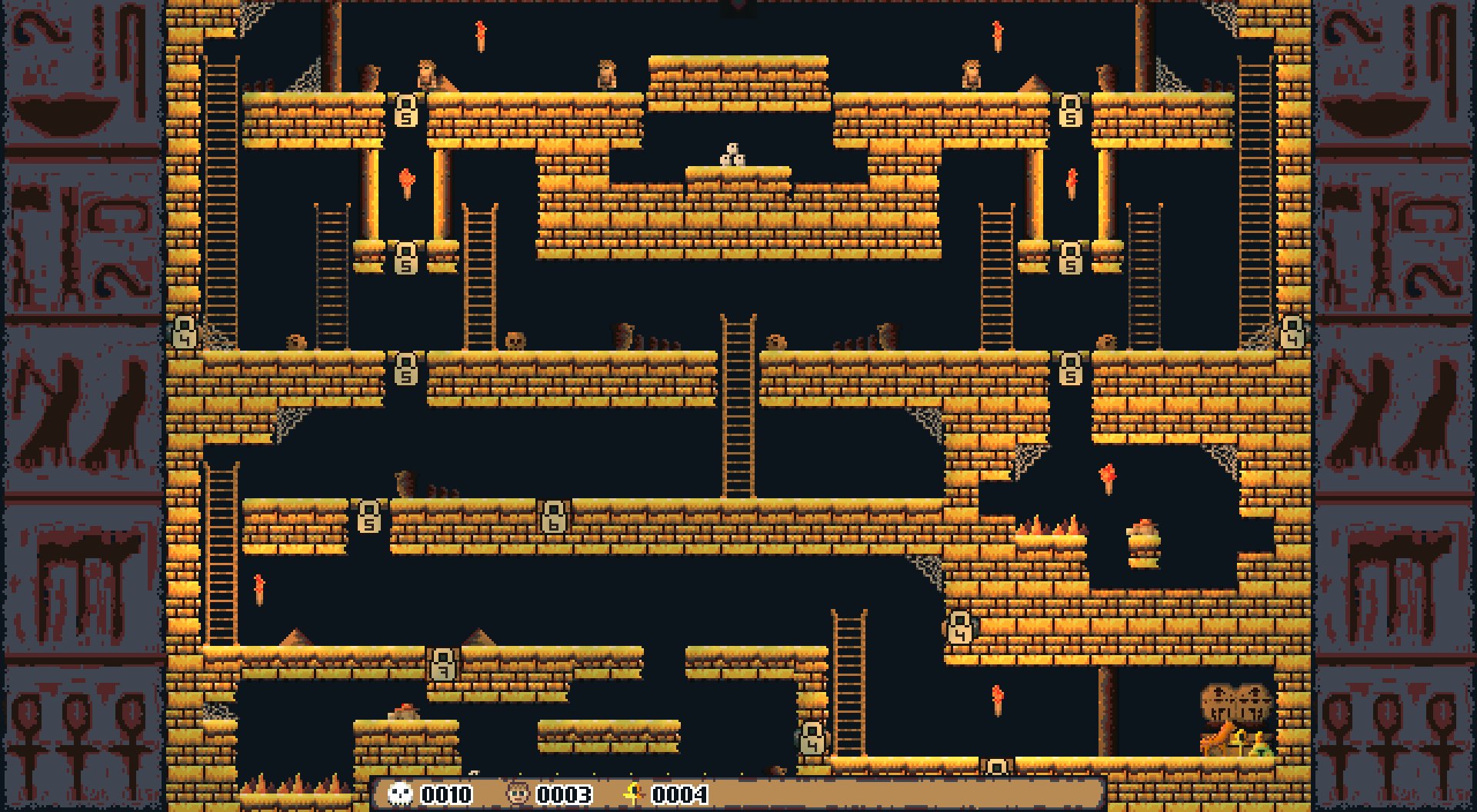 Defend Your Crypt is a puzzle-strategy game where players take control of a pharaoh to
protect his gold from grave robbers. They’ll need to use a variety of traps in order to take down enemies and avoid being robbed. Players can look forward to an Egyptian-inspired, retro pixel art style.

Here’s a rundown of features:

– Trap variety: The game will contain classic traps such as open platforms, which can make robbers
fall onto spikes, and also water traps or killer scorpions and beetles.
– Levels: A large number of levels to make sure the robbers will not steal any of your gold, and you
enjoy the game to the fullest. A lot of time can be spent on finishing all of them!
– Robbers with feelings: No robbers are heartless. Throughout the game, players will see robbers
in different moods, and they will also interact with each other a little bit. Seeing a hallway full of
blood could make a robber sad and break his heart.

Since it’s still in development, no release date has been announced.

Coup de Grâce is currently working on a new action-platformer for Wii U called “Primary Shift”, that will soon be hitting the eShop.

The game has players shifting the background’s color in order to control the platforms, enemies and obstacles that appear on screen. The action takes place in a school that has school supplies as platforms and number as enemies. You’ll need to help Timo graduate by getting good grades in over 40 levels. The best time will be recorded at the end of the course.

Here’s a rundown of the main features:

And finally, a trailer for Primary Shift:

Ratalaika Games has announced yet another project that is in the works for 3DS. On Twitter, the developer announced a version of Blasting Agent: Ultimate Edition for the portable.

Blasting Agent: Ultimate Edition is centered around jump-and-shoot gameplay. Players can take on enemies and bosses, find secrets, collect upgrades/power-ups, and more across a variety of levels.

You can find the Twitter announcement and a trailer for the game below: 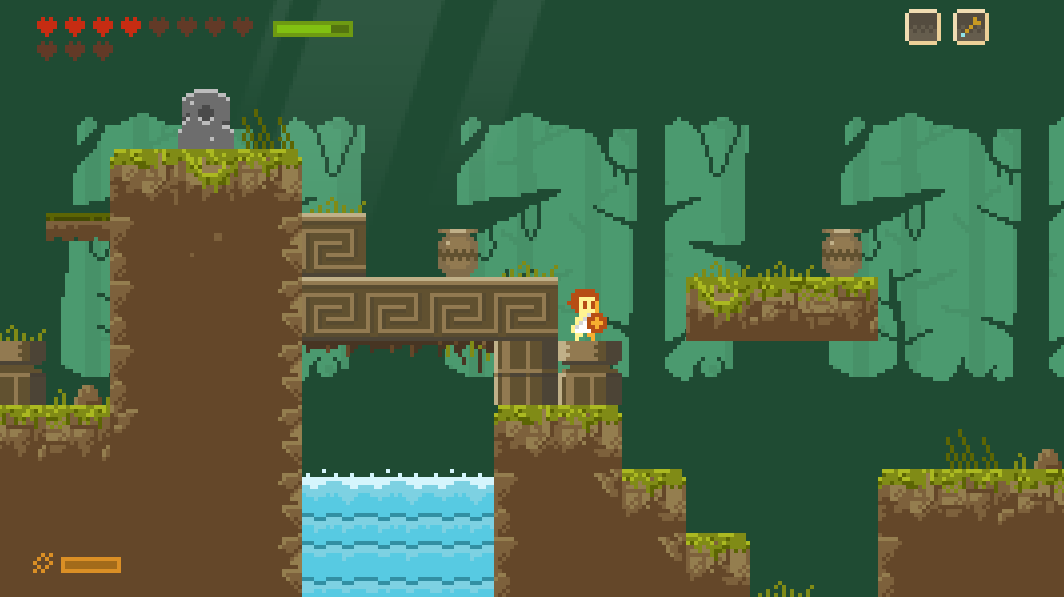 PlayEveryWare has recently announced one final patch for Elliot Quest is coming to the Wii U. It’s now available in North America, and will hit Europe on April 7.

Also on April 7, Elliot Quest will be coming to new territories, which includes Australia and New Zealand.

Elliot Quest on Wii U is getting its final patch! A few bug fixes and a good amount of performance improvements. It’s out today for NA

The EU release of the latest Elliot Quest patch is one week, April 7th, because Nintendo.

The real exciting news is that with this update, Elliot Quest is hitting the Nintendo eShop for Wii U in Australia and New Zealand April 7th 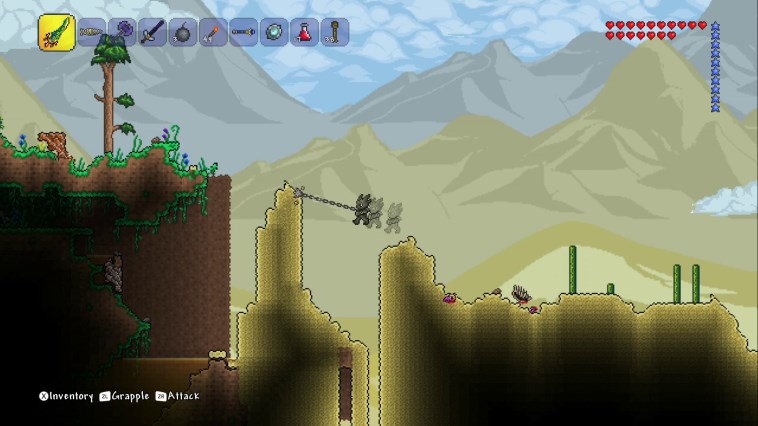 505 Games recently delivered an update about Terraria for both Wii U and 3DS on the official Terraria forums.

The next Terraria console update is wrapping up, and could be ready around May. Due to this, the 3DS patch is expected to drop at around the same time. The update features the following:

3DS Update: will likely hit at a similar time frame as the console timing above. We have not shared what all we are including for this one – but the plan is for this to cover fixes to the most pressing issues as well as bringing the first post-launch new content to the 3DS version of Terraria! We will share more details at a later date.

There’s also an update on Terraria for Wii U. It’s possible this version of the game could come out at the end of May digitally, followed by a potential retail version close after.

505 Games said the following about that matter:

Wii U Terraria: This has taken longer than anticipated, however, we are on the brink of submission to Nintendo and this is expected to be available digitally at the end of May. 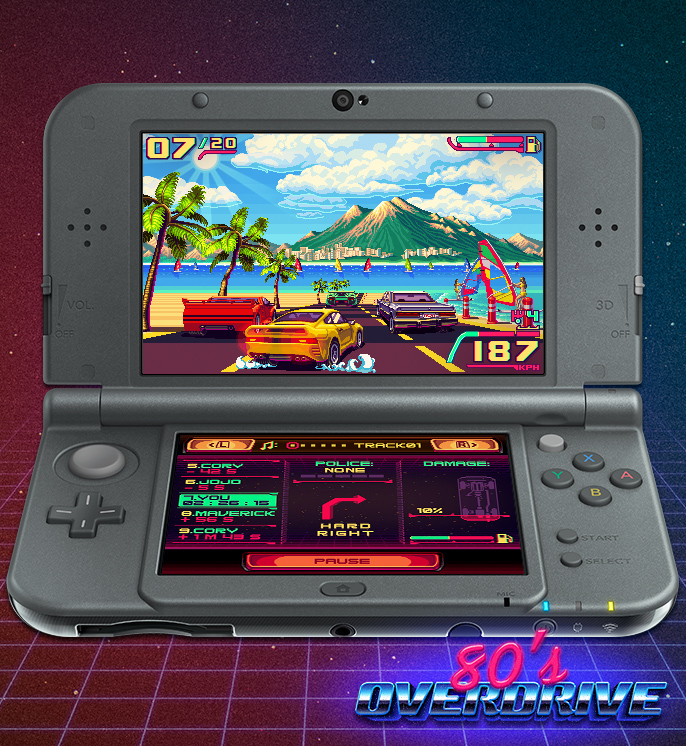 Nintendo Everything recently reached out to the developer behind the indie racing game 80’s Overdrive, to learn more about it.

Here’s a round up of the new details:

– Development team is made up of just three members. Artist/designer Rafal Kemnitz, a programmer who also handles music and sound effects, and “a part-time hardcore game tester”.
– Insane Code, the developer’s programmer company, will be publishing.
– The concept of the game came from Kemnitz, who presented it to Insane Code, since he felt like working on something of his own.
– A game design document and mockups were made, which got Insane Code involved and sharing ideas.
– A small team was assembled and started putting more work and time into the project by late 2015.
– Main goal of the game is to become the best racer, but side missions will also play a role.
– There are various cars in the game that you can tune.
– You can upgrade the engine, chassis, and tyres to improve top speed, acceleration, handling and braking. It’s also possible to equip your car with a police radar and nitro boost.
– Side missions have players collect something that is put along the track you are racing on. You may also have to complete the race at a requested place, damage an opponent a certain amount, or achieve other objectives.
– Two main modes are planned: a career mode and time attack mode.
– A track editor is also in the works, which involves editing track parameters, choosing the track theme, and more.
– Tracks you create can be shared with others via a generated code.
– The game will feature at least eight cars, but if there’s enough time, more will be added.
– Career mode will have at least 30 races.
– Eight main graphical themes for the tracks can be expected.
– No plans for multiplayer.
– Will have stereoscopic 3D support though, which should definitely make the game pop even more than it already does with its unique art style.
– There isn’t a release date or a planned launch window, but the team hopes to finish the game so it’s ready by this fall. Polish comes before all else however, and Kemnitz says work will continue “until it meets our needs and wants”.

aPriori Digital has shared a new trio of Aperion Cyberstorm videos focusing on multiplayer elements. Through the videos below, you can get a closer look at the game’s Versus Mode AI players, team battles and modifiers.

GameSpot has shared a new video interview from GDC 2016 with Jarrett Slavin of Good Mood Creators, showcasing and explaining some gameplay from Mekazoo. You can watch it below:

GameXplain has posted a video with 30 minutes of footage, and some commentray, from the demo for RIVE, Two Tribes’ shooter. Take a look below:

Gameplay footage from various games that were recently released on the Nintendo eShop can be found in the videos below. Check them out: