Reptilian Rebellion is now out on the European Wii U eShop. You can find a trailer for the game below:

SpaceRoads also released during the week.

You can find a trailer for the game and some gameplay footage below:

CoderChild recently shared on Twitter that WordsUp! Academy is planned for release on May 12.

You can also find a trailer for the game below:

Super Meat Boy has been confirmed to have a May 12 release date in North America, on the same day as Europe.

The game will take 233MB of memory space in your Wii U.

Along with Super Meat Boy’s release on Wii U, the announcement contained an interesting section which seems to tease a 3DS version. Here’s the relevant part of the press release that suggest that:

Super Meat Boy launched in 2010 on Xbox 360 and PC, and was immediately labeled as a definitive work in the sub-genre of brutally difficult platformers. Since then, gamers all over the world have been waiting to play it on other platforms. It was finally released on PS4 and Vita last year and with the Wii U version arriving this month, only the 3DS will be missing (but maybe not for too long ;)) Gotta catch them all!

Below you can find footage from the game running on the Wii U. 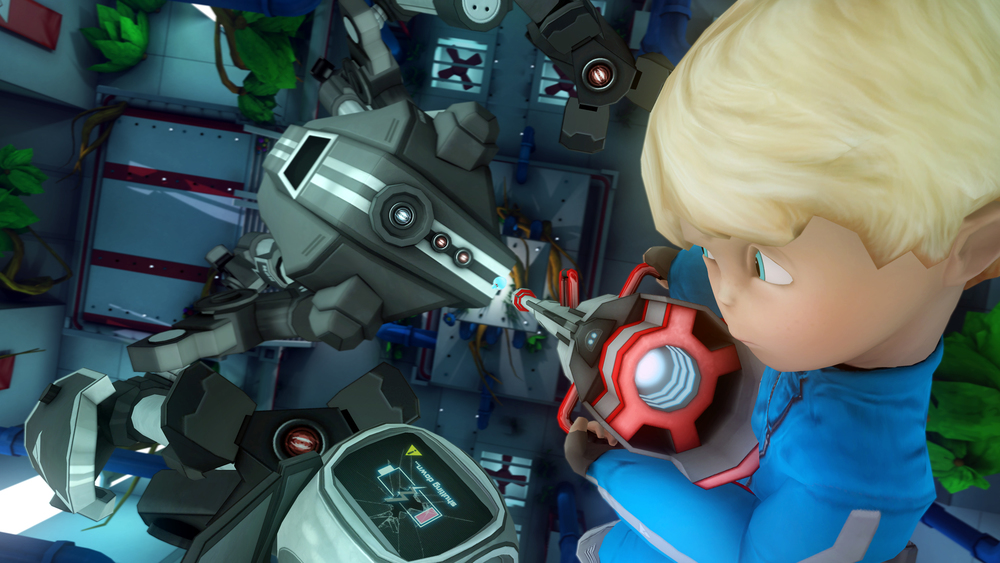 Abstraction Games and Jaywalkers Interactive recently confirmed that Kick & Fennick is now set for a June 2 release on the Wii U. No specific price was shared for now.

Kick & Fennick features “an exciting action-filled adventure” in the form of platforming gameplay. You can find an overview of the title below:

Kick & Fennick tells the story of a young boy named Kick who finds himself waking up in a bright and colorful, yet dangerous world. Armed with a giant gun that can be used to shoot down enemy robots, while also allowing him to make huge jumps using the weapon’s powerful recoil, Kick searches for a way to the highest tower in the city to find a new energy core for Fennick, his helpful flying robot friend. Together they must explore this strange new world, jumping and shooting their way through 45 levels of collapsed skyscrapers, treadmills, bounce-pads, magnets, teleporters, and a big guard robot that are out to stop Kick at all costs!

Key features of Kick & Fennick include:

– Players take on the role of Kick and must use a combination of jumping and blasting to navigate all 45 levels and find their way to the Core Tower to save Fennick!
– Marvel at the brightly colored world of Kick & Fennick, with inspired character design, intricate and delightfully chaotic levels, highly-detailed animations, and a cinematic camera system that dynamically follows all of the action.
– offers up challenging platforming adventures and puzzles that will keep gamers of all ages and skill levels engaged without throwing their controller in frustration.

505 Games and creator-developer Andrew Spinks’ Re-Logic have confirmed that Terraria is releasing on Wii U on June 28 in North America and June 24 in Europe.

The team is including “intuitive touchscreen controls to allow players easy access to the world of Terraria, as well as several multiplayer options such as four-player local split-screen co-op and eight-player online multiplayer”, on the Wii U version. Additionally, it will be possible to post achievements on Miiverse leaderboards to track progress.

Here’s a rundown of other features in the game:

You can also find a trailer for Terraria below:

Mobot Studios has announced it is working on a new game for Wii U called Demongeon, a challenging 2D platformer. It will be releasing some time in the summer.

Demongeon is a punishing platformer that will push your skills to the max. You play as a demon that has been summoned and captured by an evil alchemist. To avoid being tortured and used, you must escape his trap filled dungeon. Demogeon uniquely combines the challenge of level-based platforming into one large adventure style level with just enough hints of metroidvania gameplay to keep you wanting more! For the hardcore gamer, there is unlcokable speedrun and survival modes. In survival mode you get one life to see how far you can make it!

And a gameplay trailer too:

Ratalakia Games has recently shared some updates on two games already slated for Nintendo platforms, and also took the chance to announce a new one.

First, Ratalakia Games says it hopes to have Defend Your Crypt ready around May for Wii U and 3DS.

When it comes to Blasting Agent: Ultimate Edition by Axol Studio, Ratalakia confirmed that it is now also coming to the Wii U, in addition to the 3DS. The goal is to have the game complete during the first half of this year.

Finally, we have the announcement of a new title called Twin Robots. Originally developed by Thinice Games, Ratalakia will act as publisher on the 2.5D platformer. It should be out “very soon” for Wii U, according to them.

You can find some information and a trailer for Twin Robots below:

Twin Robots is a 2.5D platformer where you can switch control between two little robots; They have been imprisoned and need to find the way out of each level! You can play alone or with a friend in local co-op multiplayer, so that each player controls one robot and solve challenges together.

● Strategic thinking: Manage your energy levels through the level so that you can safely reach the exit & charge the last door to open it.

● Multiplayer Experience: You can play with a friend thanks to the split screen system, you will need a Gamepad and a Wii Remote. 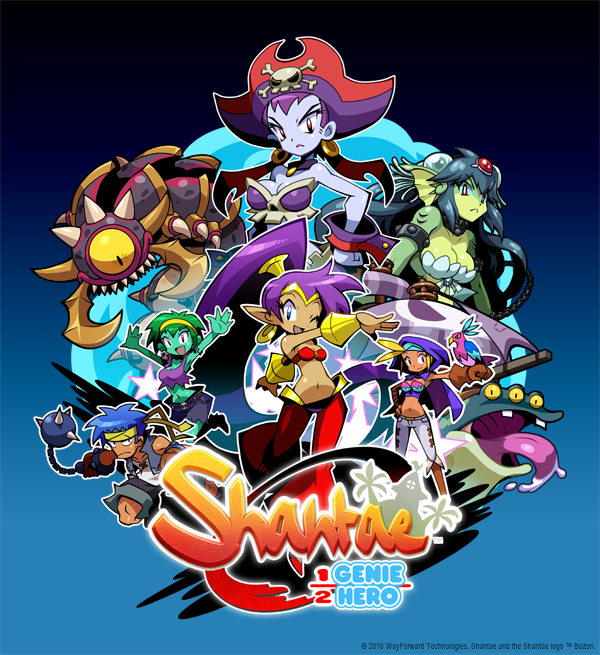 WayForward has recently shared a new update on Kickstarter regarding Shantae: Half-Genie Hero.

In it, the team covers some new artwork, a voting competition to decide what design should be used for Shantae’s rival genie, and some details about the retail deals going on for the packaged versions of the game.

You can find the latest update over here, and you have until May 13th to vote for the rival genie design you like the most.

ArcanePixel has released a new trailer for its Tiny Galaxy update known as “The Do Over”. You can check it out below:

Development on Tadpole Treble is now complete, and the game is starting to see its initial launch in platforms like Steam, for example.

It’ll be coming soon to Wii U, so watch the trailer that follows for now, while you wait.

You can also find some gameplay footage below:

Below you can find some gameplay footage from recently released indie game.