[June 5 Update] According to Deep Silver, the Mighty No. 9: Signature Edition is coming to the Xbox One and Playstation 4 only, there will be no Wii U version.

Moreover, together with Comcept, they also announced that a collector’s edition of the game is on it’s way. This edition will be called the Mighty No. 9: Signature Edition, and includes the launch edition of the game, along with a 6.5-inch, individually-numbered statue of Beck. The statue has 14 different articulation points and three interchangeable faceplates. The collector’s edition will be priced at $59.99. 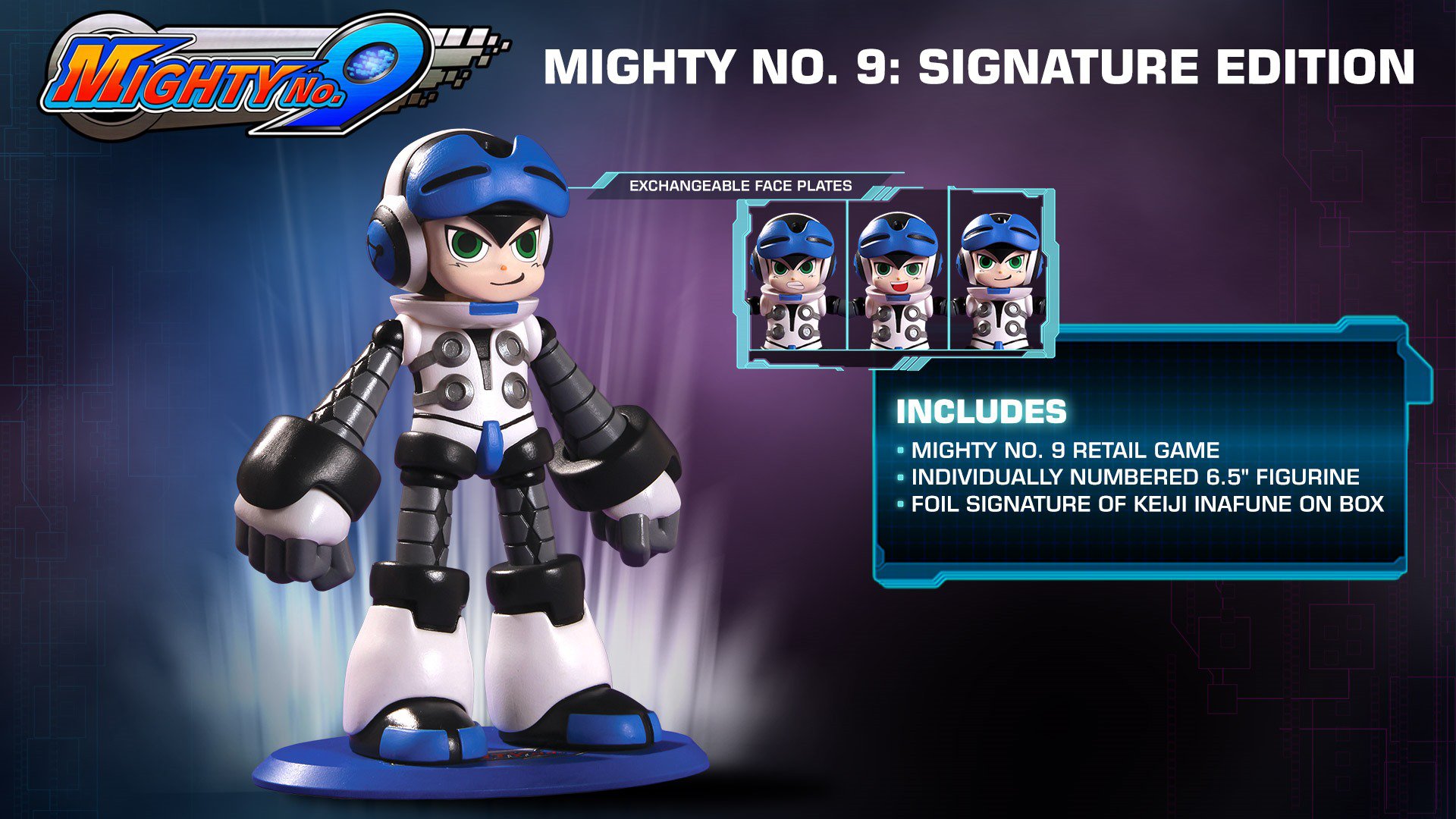 Meanwhile, all launch window versions of the game will come packed with an additional “Retro Hero” DLC that allows players to battle as a Minecraft-esque version of Beck, as well as a 1-hit-death difficulty mode.

Mighty No. 9 is set for release on September 15th in North America and September 18th for the rest of the world.