This week’s issue of Famitsu has an interview with the developers of Genei Ibun Roku # FE, and some of the interview’s details got leaked before time. 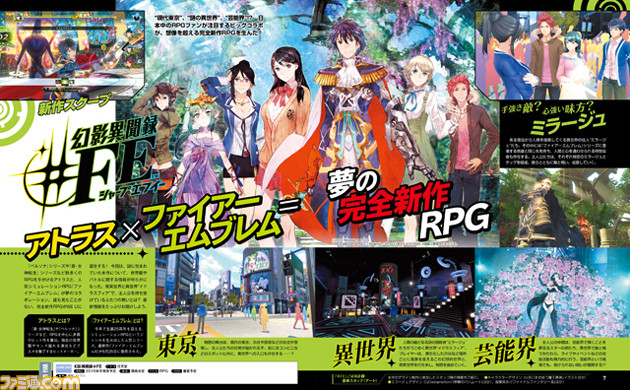 – The game has characters from Fire Emblem: Awakening and Fire Emblem: Shadow Dragon and the Blade of Light;
– Characters from both games will appear, including heroes and villains;
– Popularity polls and such helped determine the character selection;
– You will get to see Cain and Abel in the game;
– Characters that appeared as enemies in Fire Emblem will appear as enemies in the crossover;
– The developers say that the main story will take around 30 hours to complete;
– There are also side stories and other extras to take on, which will apparently amount to another 30 hours of gameplay;
– The game is being balanced and bug-tested;
– All content and features are in place.