ZeNfA Productions revealed some details last week regarding the upcoming update for ZaciSa’s Last Stand (a.k.a. ZaciSa: Defense of the Crayon Dimension! in Europe) that will be available sometime during winter. 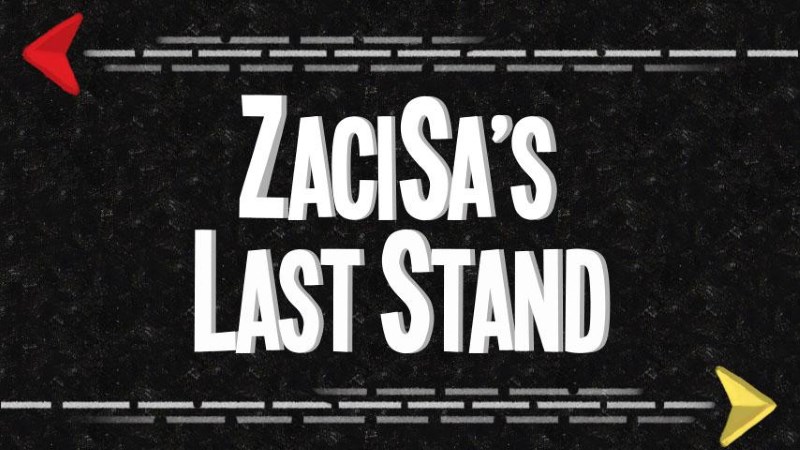 Below, you can find a list of the upcoming features they announced:

Natsume’s Ninja Strike: Dangerous Dash launched on the Wii U eShop on Thursday with princing set at $5.99.

Below you can find an overview of the game, followed by some screenshots and gameplay footage:

“Run, fly, and slash enemies to get the stolen treasures back. Ninja Strike: Dangerous Dash is a high-speed, action-packed, side-scrolling game! Players can choose from three “ways” of the Ninja: Run and jump over enemies or slash them to keep running, collect coins enemies drop to level up your ninjas. Whether you go with strength or triple jumping, there is a ninja for you! Choose from 5 different ninjas, each with their own special characteristics. You’ll face much more than just run-of-the-mill henchmen. Use your hard-earned coins to level up a variety of skills that will help you get further and make you tougher. Pick the skills that best fit your playing style. How far can you go?”

Blue Island Studios’ Slender: The Arrival has announced for release on the Wii U eShop on October 22 with price set at $9.99.

Slender: The Arrival will allow for players to use the Wii Remote as an in-game flashlight,  shining a weak light onto the world and searching for clues.

Here’s an overview of the game, followed by a screenshot gallery:

The nightmarish Slender Man is described by eye witnesses as a thin, unnaturally tall man dressed in a black suit with a blank, featureless face. Slender: The Arrival brings brand new story elements and extended levels to the world of Slender Man that continue to unfold the terrifying mythos. Players are enveloped in a world of sensory deprivation filled with haunting visions and audio cues that create a healthy dose of tension and paranoia.

In The Arrival’s storyline, Lauren is in search of her friend Kate, who recently has become increasingly obsessed with the folklore of Slender Man. Was Kate’s disappearance the work of Slender Man? Use Kate’s forgotten flashlight with the Wii Remote to explore abandoned houses, creepy mines and dark forests to unravel the mystery – all while being stalked by the menacing presence of Slender Man.

Nostatic Software is bringing one of its mobile releases to the Wii U eShop on October 22. In North America, the action-adventure game Ascent of Kings will be available on thursday for $1.99.

Here’s a brief overview of the game and a trailer:

The death of a King. An epic challenge to choose a new ruler. Will the youngest of four brothers turn out to be the strongest? Will a boy become King? The answer is up to you.

Last month, Crystalline Green announced their plans to bring Totem Topple to the Wii U eShop soon. You can now view a couple of videos they put together to show off the two different modes in the game below.

Eba & The Egg: A Hatch Trip

Team Giga Drill announced during the week that they are bringging a new game to the Wii U eShop. In Eba & The Egg: A Hatch Trip players control two characters simultaneously as they navigate through various levels with branching paths.

You can find an overview of the game and trailer for it, below:

-Challenge your mind to control two characters at once through a -variety of hazards!
-Over 25 levels!
-Multiple challenging paths per level!
-Beat your high score to obtain a better rank!
-Fast-Paced challenging gameplay!

Helix Games is bringging another one of its titles to the Wii U eShop, this time around it’s Escape from Flare Industries.

The game in question has players platforming their way through different challenging levels full of puzzles as a green blob named Splat who is trying to run away from a factory called Flare Industries while rescuing his slime friends.

You can watch a trailer for the game in the video below: 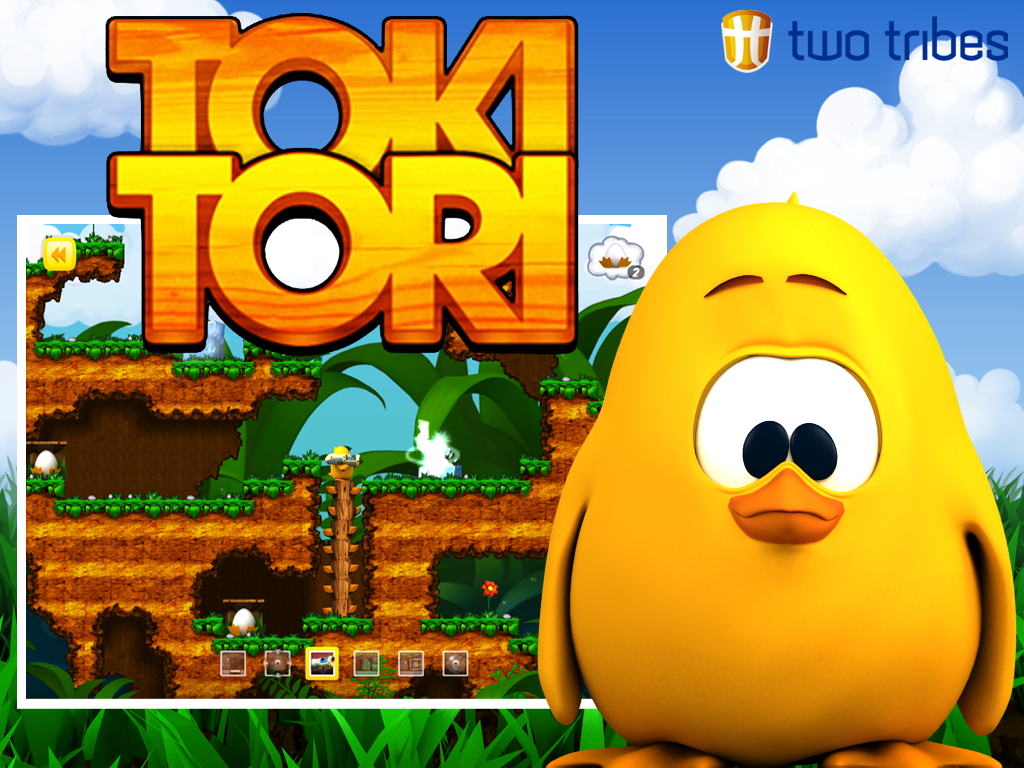 Two Tribes announced back in March that Toki Tori 1 would be coming to the 3DS eShop some time in the future. Although there haven’t been that many news since then, Two Tribes recently shared on Twitter that the studio hopes to have it ready before the end of this year. Apparently, the game will come with a time rewind feature, more levels and improved visuals and audio.

Disparity Games recently launched Ninja Pizza Girl on Steam, but it has yet to hit consoles, including the Wii U, and it sounds like it’s going to be at least a few months before the game launches on the eShop now.

The studio has indicated that work on game’s console port is only just now beginning, so they are currently targeting January 2016 as the launch window.

While you wait, you can enjoy the trailer for the Steam release below: 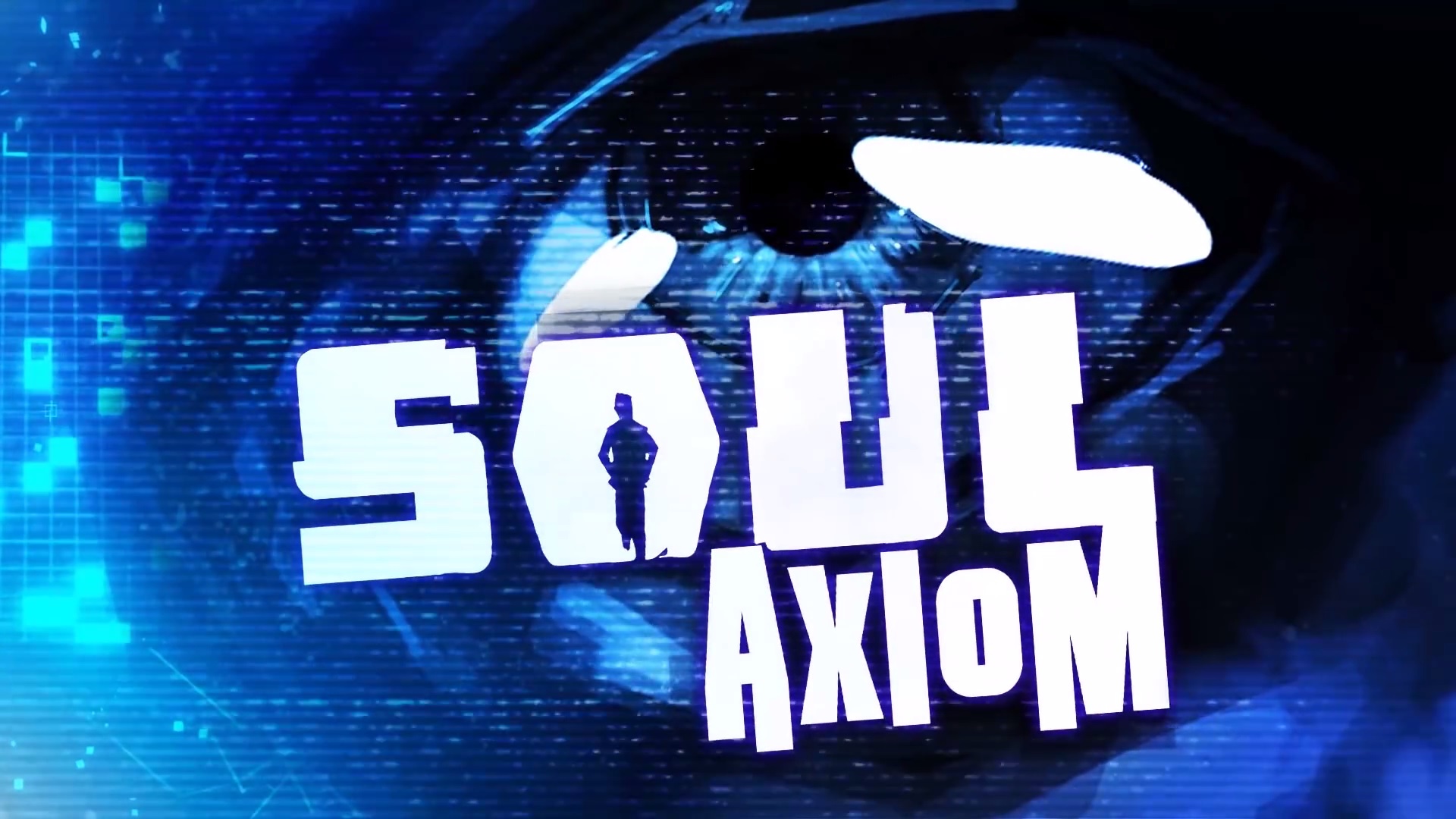 Although they intended to have Soul Axiom completed in time for a December release, Wales Interactive has now announced the game is planned for a Q1 2016 release due to a setback during development.

The engine of the game is also being upgrade from Unity 4 to 5, so maybe those development setbacks have something to do with it.

After recently releasing SmileBASIC on the North American 3DS eShop, SmileBoom has now revealed that a Wii U version of the app is in development. 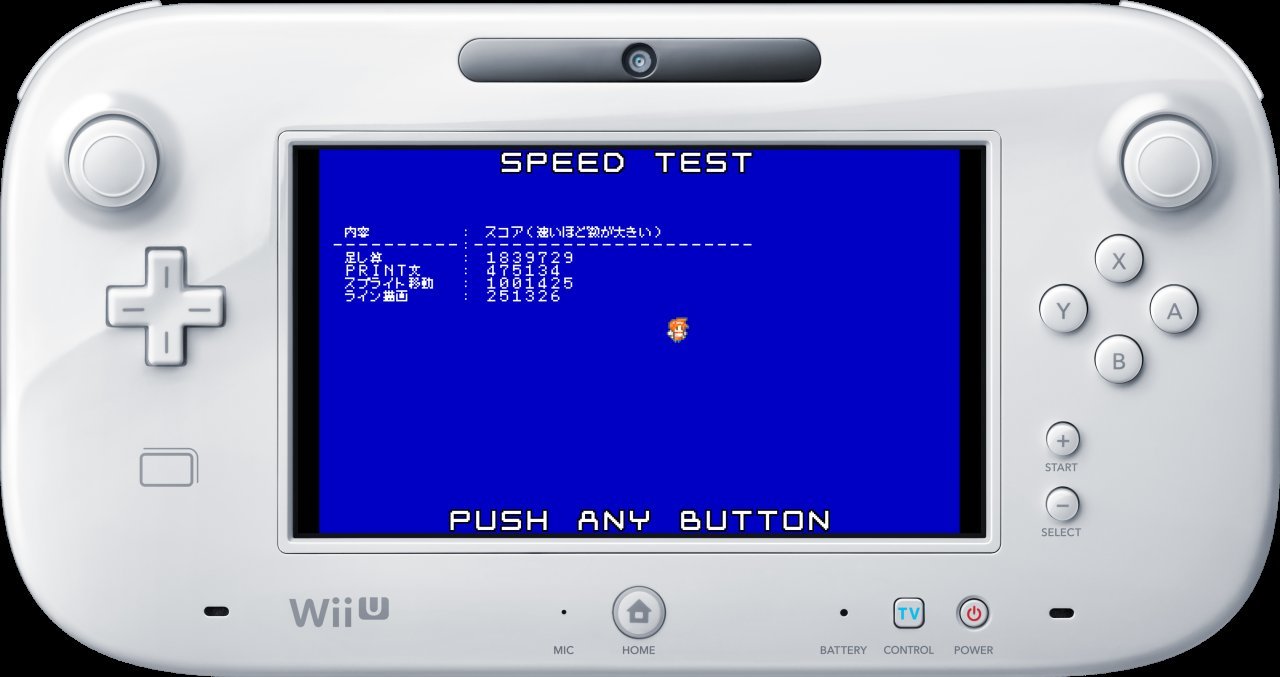 SmileBASIC for Wii U (PetitCom BIG) will support all creations from the 3DS version through a cloud-based system. The system lets users make games on Nintendo’s handheld, save to the cloud, and then retrieve them on the Wii U version. This will work the other way around as well.

New features are also included in the Wii U version, like the possibility to create games that support the GamePad or Wii Remote, support for off-TV play and compatibility with USB keyboards.

The new Wii U version will release in Japan this coming spring, and will head west at a later date.

Meanwhile, the 3DS version will be receiving “Advanced Sound Unit” DLC this year, which provides the following:

“Advanced Sound Unit” empowers SmileBASIC to process audio signal with various methods. “Advanced Sound Unit” allows you to process audio signal in real time coming from the MIC input. You can process the signal by analyzing with a FFT algorithm or with a BIQUAD filer and put it into the playback stream to output. In short, you are able to create your own software synthesizer or guitar effectors on your Nintendo 3DS system.

Finally, in Japan, SmileBoom is teaming up with Bandai Namco, allowing graphics and sound effects from games like Galaxian, Galaga, Xevious, Pac-Man, DigDug and Mappy to be sold to SmileBASIC users.

SWDTech Games’ Pixel Noir Kickstarter campaign is now over and the game was not only funded but has been able to reach one of its stretch goals that will allow the studio to bring it to the 3DS in the near future.

Pixel Noir is a JRPG-inspired detective game, and true to its title, features a film noir backdrop. SWDTech Games says it’s sort of like a mix between Earthbound and Sin City. The game features turn-based combat, a city to explore, investigation elements, and even a Shovel Knight crossover.

You can learn more about the game in the Kickstarted page located here, or through the video below:

Steven McCarthy has been working on Ghost Police, a “a non-shooting shooter” with a retro art style, and just recently launched a Kickstarter in hopes of adding some features to the game, such as a soundtrack by Jake Kaufman. What is really important here, is that one of the stretch goals in the campaign would allow for a 3DS version to be made, so if you would like to help with that, check out the projects page over here.

In Ghost Police, players manipulate the world by using a special brush, while navigating two ships simultaneously through two overlapping levels of obstacles and enemies, with certain power-ups that help you along the way.

You can find a video description of the project below:

Grandes Planos recently launched a Kickstarter for Baku Baku Revival, a new project that intends to bring a modern and updated version of SEGA Saturn classic Baku Baku Animal to a new generation while pleasing old fans of the game too.

Baku Baku Revival will offer the same puzzle gameplay as the original game, but the team is planning to include multiplayer this time around.

They are also in talks with SEGA and the original director of the game to see if they can gather some interest in publishing on their part.

If the game reaches certain stretch goals, there is a chance it will be ported to the Wii U and 3DS, so give it a go if you are interested in that.

Here’s an overview of the project so far:

Baku Baku Revival is a falling block puzzle arcade game. There are 2 types of blocks: animals, and food. Each animal has its favored food, and when it is aligned, the animal will leave its block and eat all the food which is adjacent. Larger groups of nearby food of the same type result in higher scores, likewise, the player is encouraged to create combos, and multiply the score. For each combo, the player will also send blocks to the adversary, which will complicate the strategy, creating an extremely addicting game dynamics. The match ends when one of the opponents can’t place any more blocks on their game stage.

High definition and colorful 3D graphics, making full use of the latest Unity engine
Vibrant animations will make the game thoroughly enjoyable to those who play and to those who watch it being played
Deceptively easy gameplay grows in strategy and complexity as you progress the campaign
Embrace the global challenge to be the best with multiplayer opponents from across the world
Original Soundtrack created by composer Oleg Pliasunov. It’s catchy and youthful themes will run through your mind even when you’re not playing
Extremely addictive and fun to play

You can find the Kickstarted page here and a video description of the campaign below:

(NOTE: Since I’m portuguese like most of the guys in this team, I’m really curious to see if they can get some decent support for this project… Seems like they are doing ok with development so far! o.0′)

Momonga Pinball Adventures is now out in the Wii U eShop everywhere, so give it a look in the video below:

Another game that is also on the Wii U eShop right now is Whispering Willows. Check out some footage of the game below, this time in English: