This week Nintendo updated Splatoon with a new weapon, the Rapid Blaster Pro.

You can find some screenshots and footage of this new weapon below:

Besides the new weapon update, next week, Splatoon will also be receiving a new patch, updating the game to version 2.2.0., at the following times:

Additionally, the Splatoon servers will be undergoing maintenance at the following times:

Below you can find version 2.2.0.’s patch notes and changes, and some japanese videos showcasing said changes:

Moreover, we have some extra photos of the Splatoon artbook that recently released in Japan. Below you can see concept art for various stages, brands, logos and even the blooper and octorok references in the game, in addition to early designs for Callie and Marie and a storyboard for Octavio’s cutscenes.

Finally, we have this week’s results from the 6th European Splatfest: 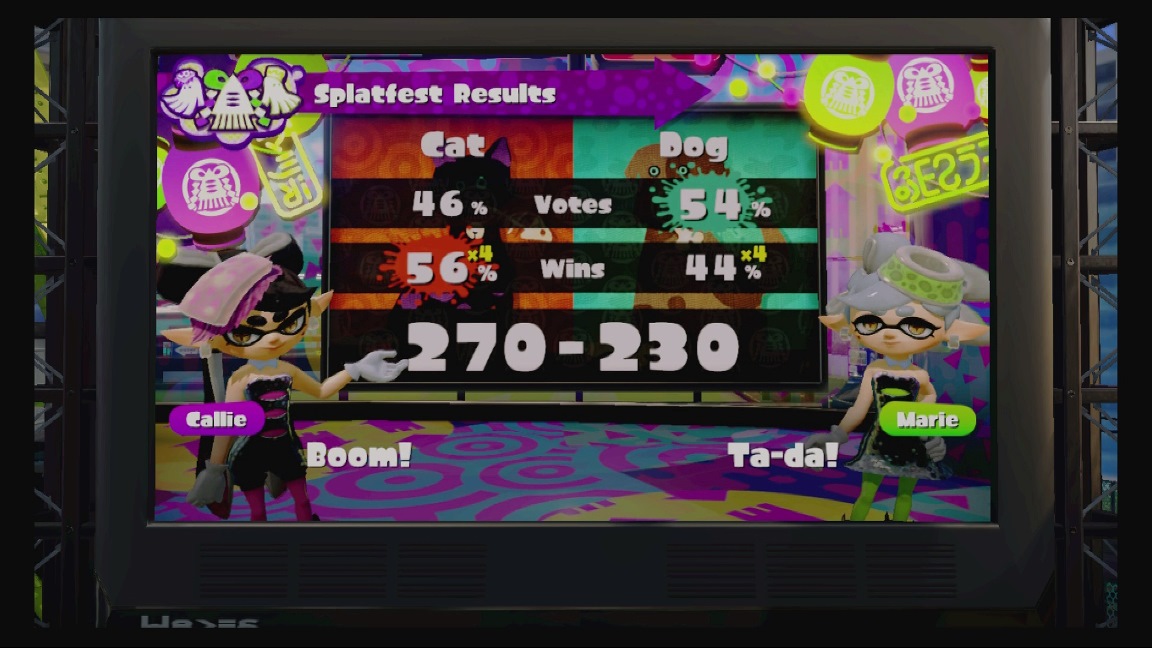 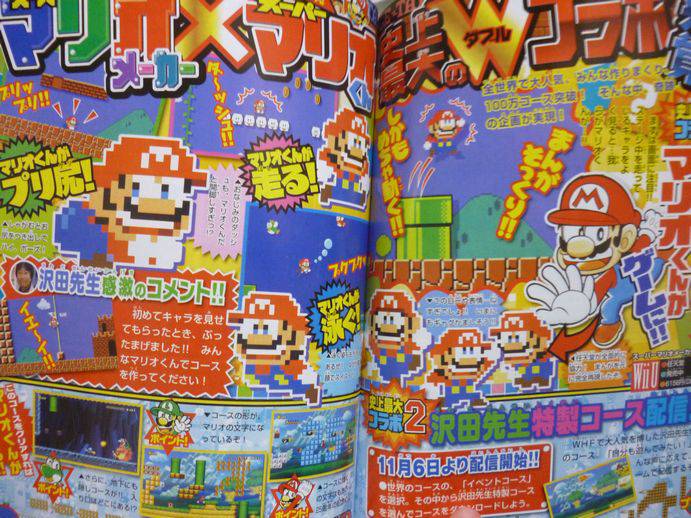 Meanwhile, Nintendo uploaded a recording from Japan Expo, where Shigeru Miyamoto and Takashi Tezukatalk about level design in Super Mario Maker and give tips on how to build a great level, including talk about the art book. Give it a look below:

GungHo Online Entertainment is working on a new update for Puzzle & Dragons: Super Mario Bros. Edition. This update will mainly add some new transformations for Mario to the game.

These are as follows:

Five new Kameks and the Golden Goomba enemies are also being introduced.

You can view all of this in the screenshots gallery below:

Nintendo started sending out demo codes for The Legend of Zelda: Tri Force Heroes a couple of days ago, so you should be getting one soon if they are sending you one. In case you do get one and download the demo, you’ll then be able to buy the game on the European eShop with a 10% discount, which is a pretty nice deal on Nintendo’s part.

Below you can find some new trailers and footage from the game, including some videos with series producer Eiji Aonuma. The last one is a recent Game Center CX episode dedicated to the game which also marks the return of Shinya Arino’s partner in the comedy duo Yoiko, Masaru Hamaguchi, who hadn’t shown up in a while.

Nintendo has recently released two new trailers for Fatal Frame: Maiden of Black Water. One of these showcases the special costumes for Miu and Yuri, which are based on Princess Zelda and Zero Suit Samus. You can watch the trailers below:

Until November 3, Japanese Pokkén Tournament players will be able to participate in a special Halloween celebration.

Here are some details about it:

– You can play the event if you play the game using a Bana Passport and your Bana account;
– It will give you a special Support set of Mismagius and Ninetales;
– The Haunted Mansion stage is updated to have a Halloween aesthetic;
– It also gives you access to multiple sets of clothing when you access the Pokkén WEB portal;
– Mismagius uses the move Ominous Wind, which hits for damage and increases attack power;
– Meanwhile, Ninetales uses Will-O-Wisp, sending out a small flame in front of your playable Pokémon.

You can also find some artwork from this celebration event in the gallery below:

Nintendo of America recently released a new launch trailer for Yoshi’s Woolly World, and the latest Nintendo Minute episode was also dedicated to the game’s launch in the American territory. You can take a look at both videos below:

Nintendo has released a new tiny trailer for Chibi-Robo! Zip Lash in Europe, that you can find below:

If you are interested, you can check out this interview with Risa Tabata and Kensuke Tanabe, who are behind Chibi-Robo! Zip Lash, over at Gamasutra, where they talk a little bit about the game, Nintendo’s work methodology, working with external developers and amiibo, among other things.

Nintendo sent in a new batch of artwork from Animal Crossing: Amiibo Festival.

Check it out in the gallery below:

On October 15th, Nintendo of Europe announced the release date for Mario & Luigi: Paper Jam and gave us a small overview of the title in question. You can find it below:

15th October 2015 – The Mushroom Kingdom is about to learn that two Marios are better than one in Mario & Luigi: Paper Jam Bros.! Releasing on December 4th for Nintendo 3DS family systems, the fifth instalment of the popular RPG series will see Paper Mario jump off the page and form a superstar team of Mario Bros. to take on the only thing more threatening to the Mushroom Kingdom than one Bowser: two of them!

When Luigi accidentally opens a mysterious book hidden away in Peach’s Castle,  he gets more than he bargained for when characters from the Paper Mario universe spill out of the pages and start running amok. Players must take control of the terrific trio of Mario, Luigi and Paper Mario to defeat Bowser and Paper Bowser and bring the Paper Mario characters back to their original world.

Adding Paper Mario to their ranks means that Mario and Luigi have even more ways to explore, solve puzzles and take down any enemies foolish enough to mess with the Mario Bros. In a first for the series, players can now battle with Trio Attacks, as well as use Paper Mario’s unique copy ability, allowing him to create duplicates of himself in order to bolster his attack power. Our papery hero also has special skills outside of battle, like his ability to slip through tiny cracks to areas inaccessible to the three-dimensional brothers.

Mario & Luigi: Paper Jam Bros. will also see the introduction of Paper Craft Battles, tasking players with taking down the Bowsers’ forces with the power of dance! Craft battles see our heroes take part in rhythm-based events in order to power a giant papercraft and use it to defeat giant papercrafts from Bowser’s army.

Furthermore, it was confirmed the game will be releasing on December 10th in Australia and New Zealand.

They also sent in a new batch of artwork from the game that you can find in the gallery below:

When it comes to this week’s dosage of Genei Ibun Roku #FE, we got a translation of the trailer for Itsuki, and two new Japanese trailers and some screenshots dedicated to Eleonora and Kiria. You can find it all below:

(NOTE: I know this is from Level-5, but since Nintendo is licensing the franchise in the West, I’m convering the Yo-Kai Watch news in these posts, ok?)

Level-5 will be releasing a free update to Yo-Kai Watch Busters on December 12 in Japan, known as “Moon Rabbit Team”.

The “Moon Rabbit Team” update adds new yo-kai (B-USApyon, Red J, Mighty Dog, Onigama and Onigumo), new big bosses (Robonyan 3000, Kakuseihinokami and Captain Thunder) and movie characters (Enma Daiou, Nurarihyon and Fuu2). There’s also some indication that there will be some sort of benefit for those who own both versions of Yo-kai Watch Busters.

You can find a new trailer and screenshots for it below:

The Legend of Zelda: Symphony of the Goddesses – Master Quest

The Legend of Zelda: Symphony of the Goddesses concert series will be returning once again in 2016, with the new subtitle Master Quest. This new edition will include some brand-new music and visuals from the new Tri Force Heroes game. Below, you can find a list of announced locations and a sneak-peek at the new content from the “The Late Show with Stephen Colbert” participation.

Pokemon GO developer Niantic announced on October 15th that it has raised its Series A financing round from The Pokemon Company Group, Google and Nintendo. “The companies are investing up to $30 million in Niantic, Inc., which includes an initial $20 million upfront and an additional $10 million conditioned upon achieving certain milestones.” Through this funding, Niantic intends to continue developing Pokemon Go, support the global Ingress community, scale its platform and release new games in the future.

“The Pokémon Company, Google and Nintendo are incredible investors and strategic partners to help build the next chapter for Niantic. We will be using this capital to continue the development of Pokémon GO, to evolve and grow Ingress and its thriving global community, and to build out our real-world gaming platform.”

“Pokémon’s strategic investment in Niantic paves the way for a social mobile experience the world has never seen before. The Pokémon Company is committed to partnering with companies like Niantic that share the same spirit of community and innovation.”

“Niantic has shown the great potential of mixing geolocation technology, dynamic storytelling and innovative game design, and we’re excited to continue supporting the team on their journey.”

Additionally, in a recent talk with TechCrunch, Hanke commented on what it’s like working with Nintendo. He had this to say:

“Terrific. It’s an honor to have the support and insights of a company that has brought decades of joy to people through their IP, game design, technology innovation. They share our same values of using innovation and play to bring people together. We have so much respect for Nintendo, as well as The Pokémon Company and of course Google. We couldn’t ask for a better group of companies.”

This is the lineup of positions available at the Monolith Soft Tokyo office:

And these are the open positions at the Kyoto office:

Note that the Tokyo office has been mainly responsible for the Xenoblade games, while the Kyoto office is newer and usually assists with the development of Nintendo titles.

It’s still too early to speculate, but I would guess they are recruiting new people to work on that new game idea executive director Tetsuya Takahashi had, that involved a more plot and story heavy game, which would imply more cutscenes and 3DCG work, explaining the urgent need for staff with experience in those areas.

The Kyoto office positions, I have no idea, but probably will be helping with a Nintendo game that is heavy on graphical impact and effects, it seems, at least from the specific positions they enumerate!?

We will have to wait a couple years and see what all of this amounts too, I guess.

According to a recent report from the Wall Street Journal, Nintendo has started to distribute a software development kit for the new NX system to third-parties developers. The report also covered a few extra details you might be interested to hear, so give it a look here.

Moreover, it seems like Takashi Mochizuki, the journalist responsible for the report, has now gone on record with NintenGen, to say the following:

-Several people who said who have seen a demo said what they saw is impossible to run on a computer without a “industry-leading” or “cutting-edge” chips. Cutting-edge in what way, they refused to elaborate.
-And an important thing to remember, probably you know well already, is that chip specs won’t be finalized until much closer date to the release.

Although this is all we know so far, if things keep shapping up like this, I’m confident the NX can turn out a pretty interesting system… what do you think, my friends?

On October 18th, the NES celebrated it’s 30th North American anniversary, having been launched on October 18, 1985 and built an eternal legacy in the gaming world in the following years. 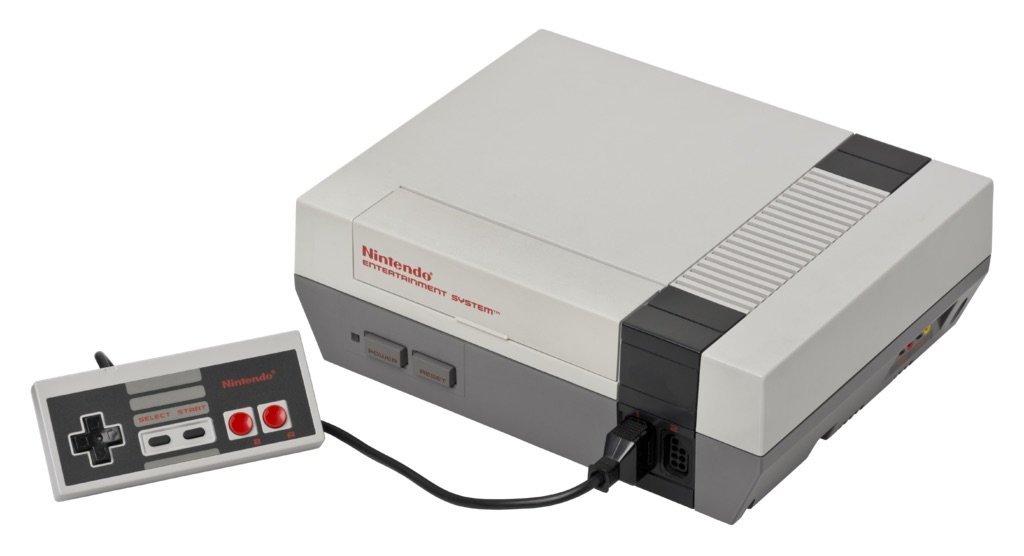 Masayuki Uemura, a lead designer of the Nintendo Entertainment System, recently held a presentation at New York University’s Game Center. In it, Uemura shared a couple of interesting insights on how the NES was developed and marketed in the North American territory. Kotaku put up an article covering this which you can find over here.