Psycho Pigs, a “remake” based on Jaleco’s Butasan, originally started out as a Japanese release, and later joined the European 3DS eShop this past summer. The game is now available in North America too, since October 6. The game goes for $7.99.

The main gameplay in Psycho Pigs involves throwing bombs at fellow pigs to blast them out of the arena. If you missed it the English trailer before, beck it out below.

13AM Games recently announced that Pirate Pop Plus will be launching on Wii U and New 3DS on October 20. The game will cost $4.99, and cross-buy will be supported, meaning that if you purchase one version, you’ll get the other at no extra cost.

Pirate Pop Plus is an 8-bit action game with Game Boy-era graphics. It offers a “touch of Buster Bros (Pang Adventures), a bevy of weapons and power ups, and gravity-altering mechanics”. The main objective involves building chains and combos to achieve high scores while battling the Bubble Pirate and working through gravity pulls that can turn you upside down or side to side at a moment’s notice.

You can watch the launch trailer for Pirate Pop Plus below. 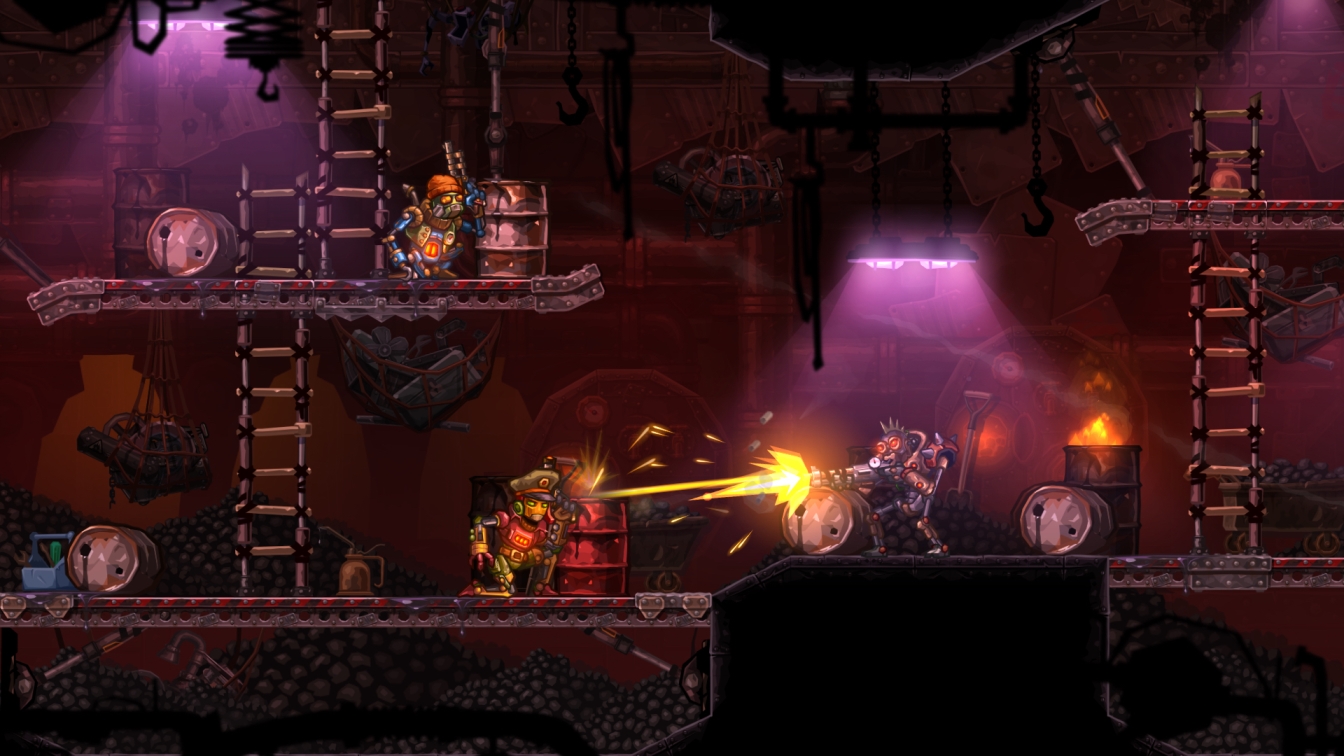 The Wii U version of SteamWorld Heist is now out in Europe, including the physical version, but North America is still waiting for both versions to release.

According to Nintendo’s website however, the game should release on October 20 on the Wii U eShop in North America.

Meanwhile, the SteamWorld Collection physical bundle, containing both SteamWorld Heist and SteamWorld Dig for Wii U, is now scheduled for release on November 1, since publisher Rising Star Games had to push the game’s release back a little due to “manufacturing delays”.

A new listing on Nintendo’s website shows that Kemco will be bringing Unlucky Mage to North America this fall (and probably Europe too, around the same time).

Unlucky Mage is a turn-based RPG developed by Exe Create. You can find some details and screenshots from the game below.

From loner to savior of a nation?

But that all begins to change when an untrusting young mage named Jasper, living isolated from society, finds himself involved in a chain of events that is sure to go down in history as the greatest story ever told!

With a plot full of twists and turns, Unlucky Mage will have gamers on their toes trying to outsmart foes using formations and tactics in this unique turn-based RPG! Now get ready to sally forth with Jasper as he goes from zero to hero in this comical adventure that is sure to delight fans of fantasy RPGs everywhere!

Fabraz and Headup Games’ Slime-san, a new platformer for Wii U and other platforms, could be making its way to the eShop by the end of next April, according to the developers.

Slime-san was minding its own business, sliming around in a peaceful forest when suddenly…A giant worm appeared and gobbled it up! Now deep within the worm’s belly, Slime-san has to face a decision: Be digested by the incoming wall of stomach acid… Or jump, slide and slime its way through the worms intestines and back out its mouth!

And a rundown of its features:

– Incredibly fast-paced and twitch-timing platforming madness!
– No time to stay still as you are chased by a wall of acid at every corner! Run, run, run!
– Being a slime has its perks. Slime your way through cracked walls and surfaces!
– Bust through brittle obstacles or tens situations with a speedy dash move.
– Slime to slow time, dash to speed it up. Feel like an absolute badass with pixel precise maneuvers!
– A game filled with content, over 75 levels! Each one has its unique enemies, items and obstacles that will require you to stay alert at all times!
– Collect partially-digested apples to unlock different play styles, outfits, shaders and mini games!
– Get your shopping done in a town of survivors within the worm, home to colorful characters and surprising secrets.
– Each level is timed with online rankings, for the competitive and score-oriented.
– Unlock extra game modes like New Game+, Speed Running and Boss Rush modes!
– Get engrossed in a flexible, 4 colored, pixelated world…found… within… the worm?
– Adhesive Wombat, Tiasu, MegaNeko, Kommissar, Richard Gould… Over 10 composers contributed with over 20 songs for a chiptune album that you can’t help but groove out to!

Finally, you can watch an alpha footage trailer below.

Rainy Night Creations has recently announced Vaccine, its next project for Wii U and other platforms.

Rainy Night Creations has also shared the following information about the game:

Find a vaccine for your infected friend before the time runs out, but be aware your friend will relapse sooner or later and you will have to find a new vaccine in a new randomly rebuilt house. Will you be able uncover the mystery to save your friend once and for all!

Vaccine is a new approach on Survival Horrors inspired by those of the 90s era such as Resident Evil or Dino Crisis.Players can choose between the two members of a special bio-hazard rapid response team, each starting with their own unique differential abilities.They are trapped in a strange house populated by dangerous mutated creatures, they will have to find a vaccine for another team member who is infected with a deadly virus.

Unless the players uncover the mystery of the house, every time they bring back the vaccine, the infected team member will relapse and the user will be presented with a new randomly rebuilt house.The players will be able to gain experience points from different actions and use them on the skills they think will be more beneficial, bringing a more tactical approach compared to the games it takes inspiration from.

You can also watch the announcement trailer below. 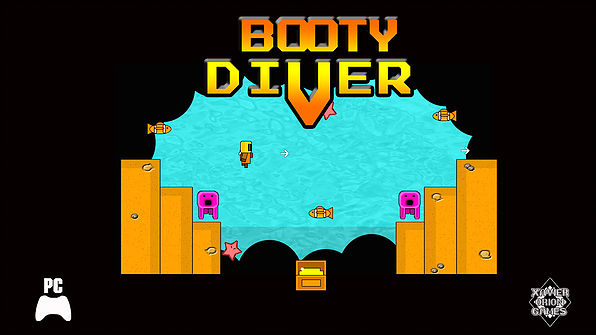 Xavier Orion Games has had trouble porting Booty Diver for Wii U, so the indie developer had now confirmed that the eShop version is still planned, but he will be working with TreeFall Studios to make it happen. The two of them will be collaborating on any other Wii U projects from Xavier Orion Games as well.

Xavier Orion Games is still handling actual development and publishing responsibilities, and TreeFalls Studio will primarily be tasked with testing.

In a recent blog update, Xavier Orion Games also stated: “As we progress we will keep everyone updated on how close Booty Diver is to arriving on its true home Nintendo Wii U”. 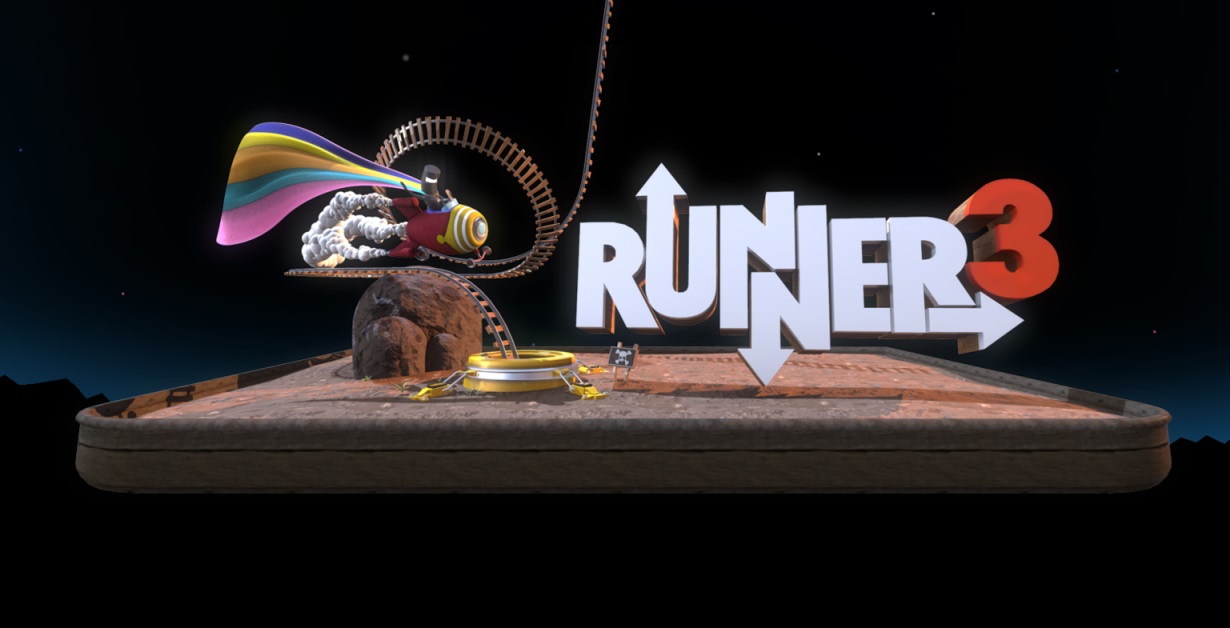 Runner3 will build upon the gameplay found in the original two games. Besides that, in this title, there will be “a whole new world, with ups, downs, lefts and rights, split paths, and of course forwards”. Runner3 also features a controlled event mechanic, through which Commandervideo controls vehicles and animals, among other things.

You should check out Choice Provisions’ full blog update over here, if you are interested in learning more about the game.

SKORB recently released on the North American Wii U eShop.

You can find the game’s launch trailer and some gameplay footage below.

Below you can find some gameplay footage from indie games recently released on Wii U and 3DS.