NIS America has recently confirmed that Rodea: The Sky Soldier has been delayed in the West for a second time.

It will now be coming out on November 10 in North America and November 13 in Europe.

In the official announcement, NIS America claimed having “ongoing technical difficulties”, and that with the extra time, they hope to “give players the best experience possible”.

Additionally, NIS America also announced that all launch units will feature reversible cover art like the one shown below, both in Europe and North America. 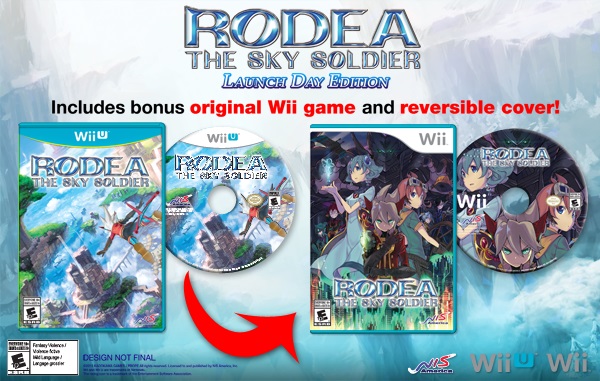 You can also check out some new footage from Gamescom 2015, courtesy of NiNTENDOMiNATi0N, below: