This post covers the E3 2016 news about the indie game Severed by DrinkBox.

Guacamelee developer DrinkBox Studios is bringing Severed to both Wii U and 3DS. The game will support cross-buy, so you’ll only need to purchase one version to get the other version free. It’ll be on the eShop this summer.

Wii U and 3DS will feature a new “casual” difficulty mode. The Wii U version will also sport improved visuals thanks to HD enhancements, new lighting effects, and some particle effects. 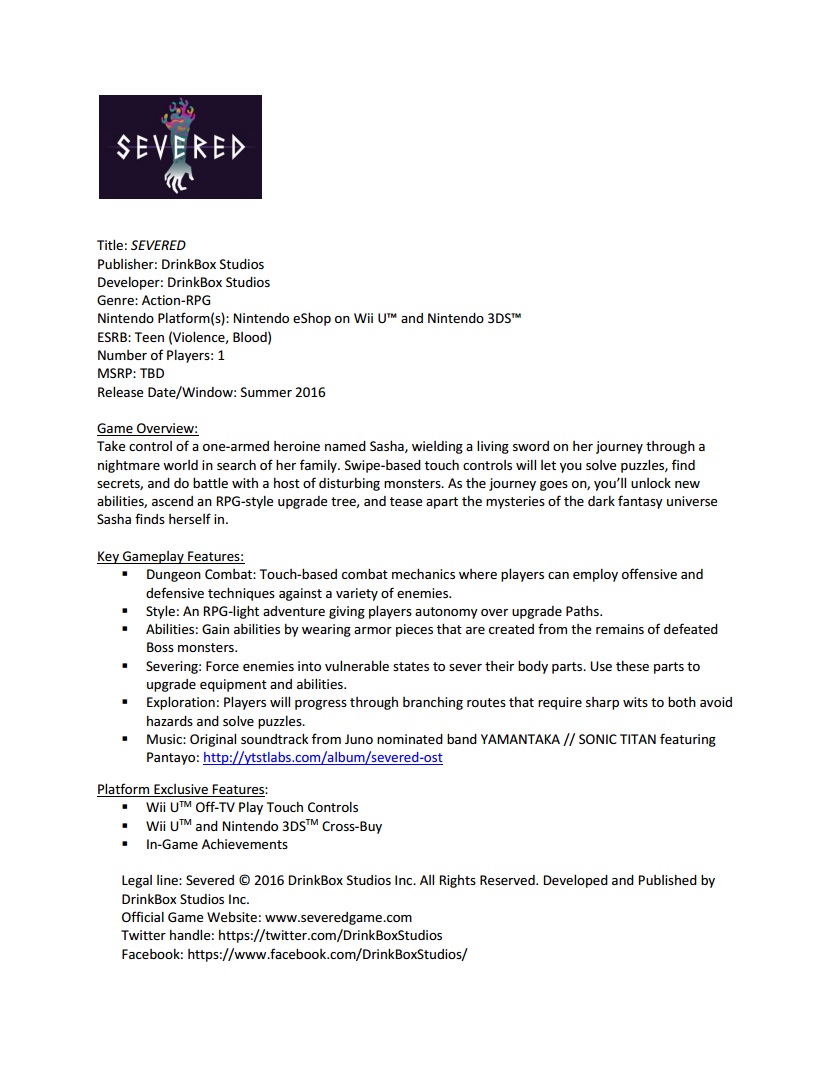