Source Gaming has been looking through the development slides featured in Masahiro Sakurai’s Famitsu column anthologies. They have manage to dig up some very interesting information about some cut content in Super Smash Bros. for Wii U/3DS.

Here’s a summary of what they have found so far:

– Rock Pikmin were planned at first, but put on hold;
– Rock Pikmin would have been heavy, with short reach but high attack power;
– Smash Run was to receive co-op play, but the idea wasn’t put into practice because of the 3DS processor’s inability to display multiple fighters on the same screen;
– There were also plans for co-op powers at one point;
– Sakurai initially considered including four versions of each Special. For example, Mario would have been able to launch a double fireball;
– Special 4-on-4 Team Battles rules were considered;
– The Mii Fighters’ Specials were originally going to be included as in-game rewards, but instead ended up as default content. 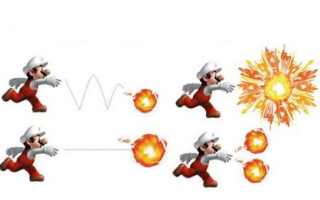