Below you can find the translated patch notes, thanks to frozenpandaman.

Splatoon is also getting a special colaboration costume dedicated to Ika Musume (or Squid Girl, here in the West). 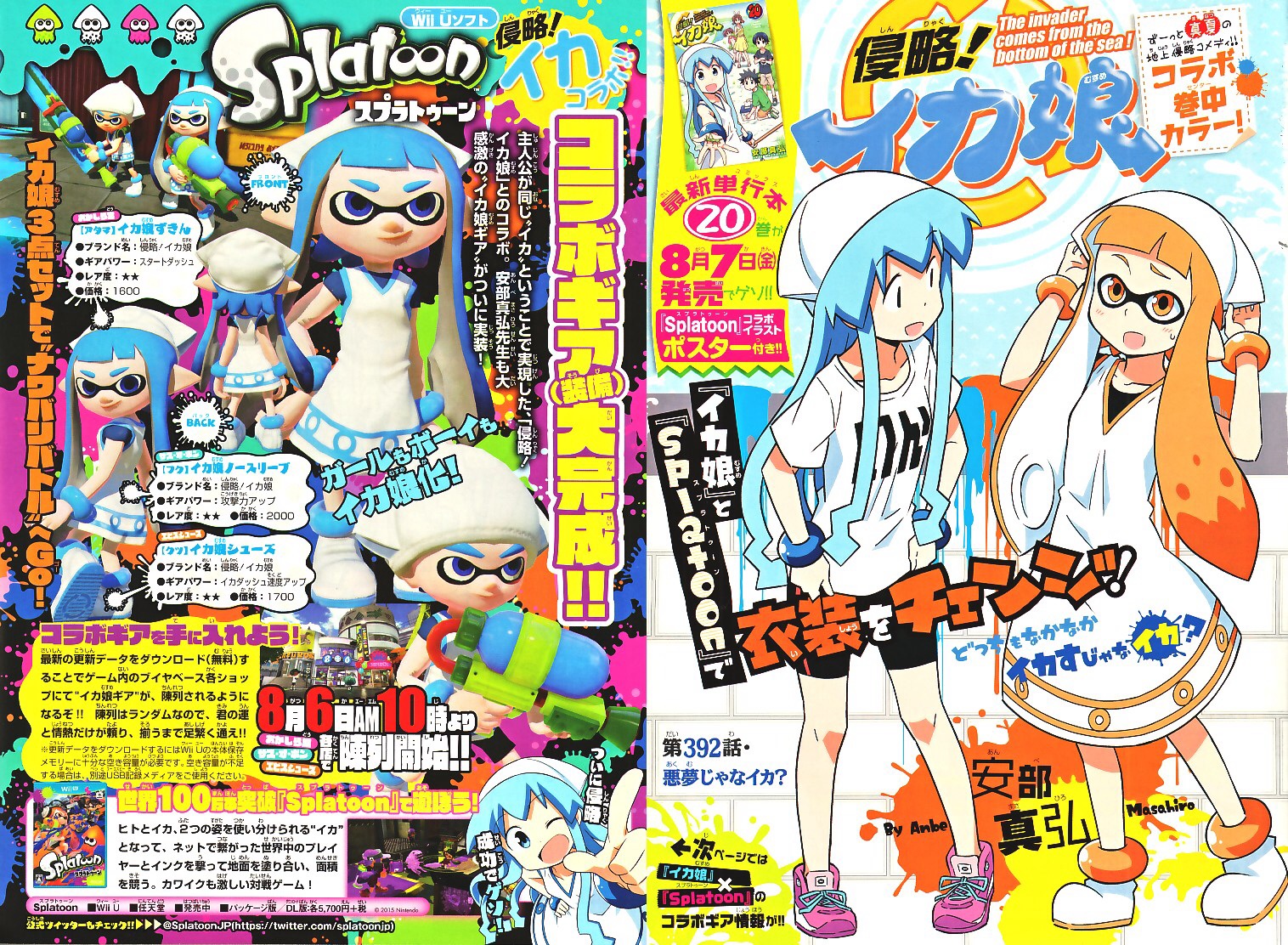 Here’s a breakdown of the various pieces of gear:

This new costume is coming to Japan once the new update releases this week. Nintendo has yet to announce if it will be made available in the west.

You can also take a look at some of the other costumes to be added below, including the sushi chef one. 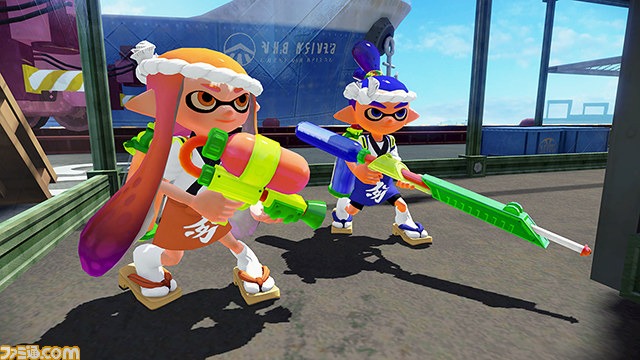 Finally, you can find some videos of the new update features below:

Nintendo Videos and Other Interesting Tidbits

Nintendo UK uploaded a couple of videos from Hyper Japan 2015, focusing on the player reactions to Star Fox Zero and Splatoon.

Check them out below:

In addition to this, you can also find an interesting article on Nintendo listening to fans here, and some interesting details shared by Chris Pranger from Nintendo’s Treehouse here and here.

According to a recent Nikkei feature, it also seems like Nintendo has been lent the license to Momotaro Densetsu by Konami, and might be bringing back the franchise next year, even without the creator’s approval… (why not Bomberman Nintendo… why?)

Capcom has uploaded another four videos from Monster Hunter X showing off the various available weapons. These videos include the Hunting Horn, Hammer, Lance and Gunlance. You can watch them all below:

Since Etrian Odyssey 2 Untold is now out, Atlus has sent in some details about the first DLC batch for the game. You can find these details, in addition to the launch trailer, below:

The First Batch of DLC is Now Available Too, With Some Content Being Free for a Week

It’s finally here! Etrian Odyssey 2 Untold is now available in retail stores  and digitally on the Nintendo eShop! For those who choose to dive in this week, today also marks the beginning of the free DLC period for most of the first batch of DLC — we have several weeks of DLC rolling out, so stay tuned, but details of the first batch are here:

During Microsoft’s Gamescom 2015 media briefing, Bloodstained creator Koji Igarashi took to the stage to provide a first look at a new character.

The new character pictured below does not currently have a name. We only know that he’s a demon hunter, and he fought the demons that first came to Earth during an attack that occurred ten years before the game begins. Igarashi confirmed that he is a dual-sword wielding hero and that he also uses Japanese ofuda spells to fight enemies. 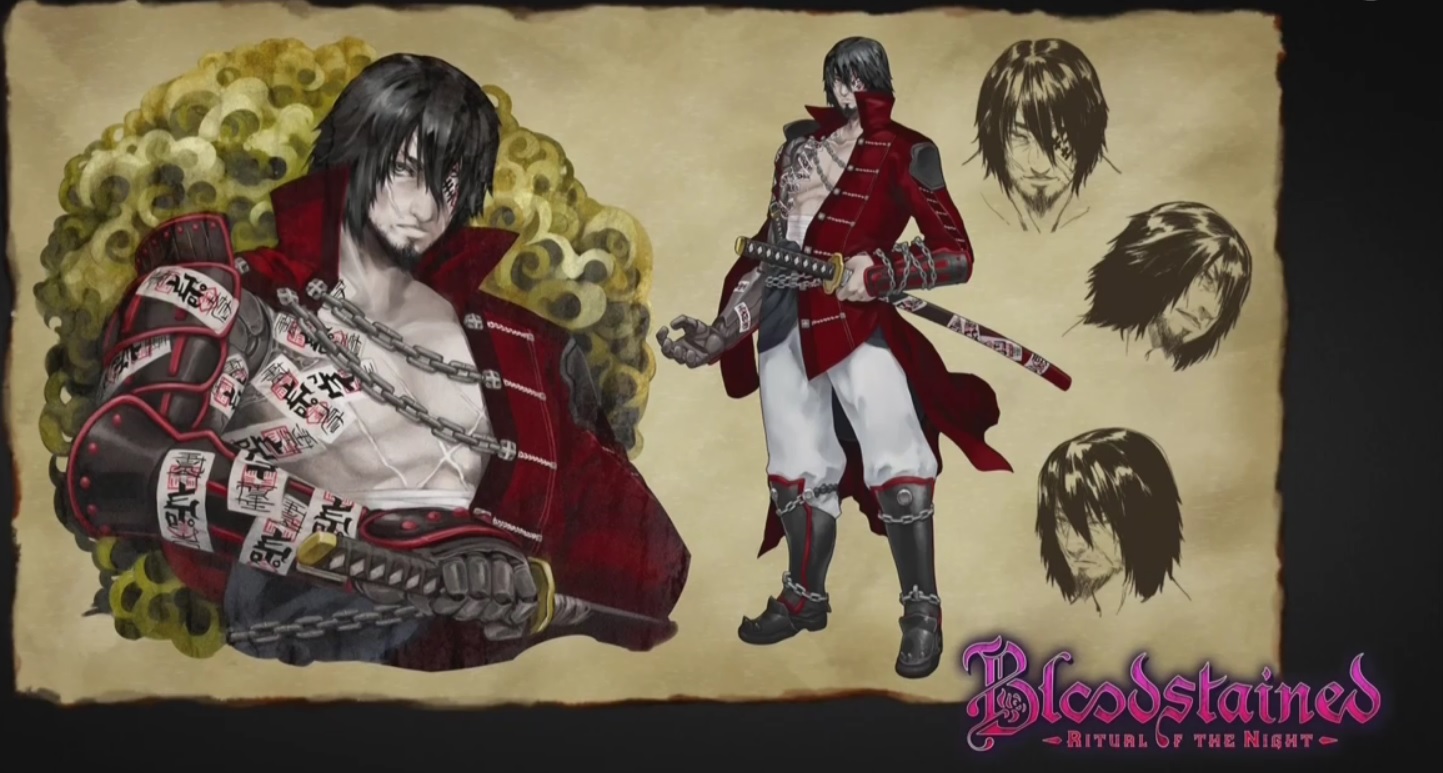 That’s all for today! Enjoy everyone!