Last week’s issue of Famitsu contained a review of Animal Crossing: Happy Home Designer and the english translation is now available. You can check it out below:

Although this is a spin-off game, a great deal of content from the Animal Crossing series, like characters and furniture, is used smoothly and you get into a trance while creating elaborate rooms. It’s also nice that you can coordinate things like schools and hotels in addition to homes. It is comfortable to arrange furniture with the touch pen. You get new things such as furniture and wallpapers from the villager requests even after seeing the staff roll for the first time, so it seems like you can enjoy the game for a long time.

I’m glad that you can design exteriors of buildings and gardens in addition to indoor furniture. It’s also nice that you can coordinate interiors of schools and shops. You can also take pictures inside finished buildings while changing the owner’s roles and clothes. The evaluation after finishing a task isn’t particular, as the client’s reaction doesn’t change if you put in the required furniture, so it feels a bit desolate if you put a lot of effort to the design.

Since the game is specialized in room building, arranging furniture is greatly easier to do than in a traditional game of the series. You can upgrade items that go to institutions and shops or establish windows, doors, gardens or even environmental music, so you will unconsciously get absorbed into the game. When you’re going this far, you’d want to have a house of your own, but that unrealized dream feels real somehow. A daily report finishes the tasks of that day, and while there is also the aspect of work experience, it’s also good how you can connect with your earlier works with the report.

As this game is specialized in the home designing of the Animal Crossing series, the game isn’t as deep as the traditional series since you can’t experience the general village life. A special thing to mention is the conversations with different characters whose personalities overflow with ambiance. It’s great that thanks to these, you can enjoy the game so that it doesn’t feel repetitive. It is interesting to catch a glimpse of how a past client is living his/her life, and that also makes it worthwhile to come back to the game.

Nintendo released an overview of the recently added new weapons, the Inkbrush Nouveau and the Range Blaster.

You can find it below:

Introducing the Inkbrush Nouveau, which brings the same abilities as the Inkbrush but has a different sub and special! You’ll be able to lay Ink Mines to catch your foes off guard, and then use the Bubbler when you’re ready to go in for your attack!

As the name suggests, the Range Blaster is a Blaster with shots that travel farther before exploding. It has a lower rate of fire, but who cares when you’re taking people out from clear across the battle field!? The Range Blaster comes complete with the Splash Wall and Inkstrike.

They also announced that Europe’s third Splatfest begins on August 8 at 7 PM, having players choose between the North Pole and the South Pole. 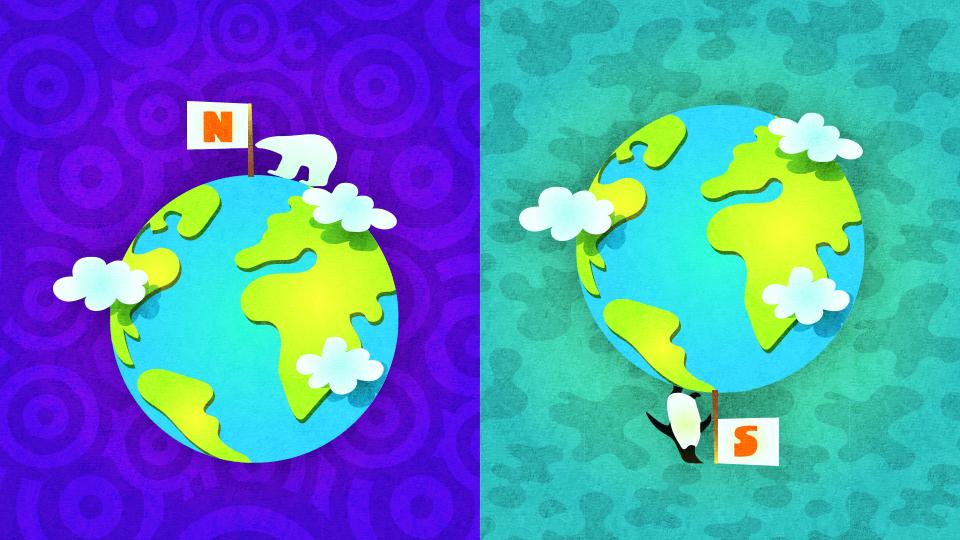 Super Mario Maker courses uploaded by the community will feature different difficulty labels, and for the most part this is chosen dynamically as players try out levels. For example, if a course has only been completed 10 times out of 150 attempts, it will probably be placed in the hard category.

However, this won’t be the only way that a course in Super Mario Maker will earn its difficulty label. According to Engadget “user-created levels are also vetted by Nintendo moderators to determine level difficulty before it’s available for anyone to download.”

If you are still curious about the game, you can watch this 2 hour playthrough video by IGN:

The latest Pokémon Movie, Hoopa and the Clash of Ages, premiered in Japan last month, and with it a trailer for next year’s movie was shown.

Within this trailer, a new Pokémon was briefly shown to the public, and images from the trailer are now out and about in the internet. If you haven’t seen them yet, you can find them below:

In this week’s episode of Nintendo Minute, Kit and Krysta take a look at the already released DLC characters for Super Smash Bros.. You can watch it below:

Nintendo recently released their updated CSR Report. If you would like to read about some of Nintendo’s corporate values and quality control measures, I recommend taking a look at the full report documents here, or at least the digest version here.

NOTE: See, this is the kind of info I would like to have in Nintendopedia, at least in part! There are lots of things people don’t know or are very rarely discussed, even when these types of documents are around… o.0′

According to Capcon, a limited edition version of Monster Hunter X is available through the e-Capcom Store. This limited package comes with a copy of the game, an organizer bag and a pair of exclusive 3DS themes. Pre-orders will come with four replacement jackets for the boxart.

Below you can find the bag’s measurements:

In addition to this, Capcom has released four new videos dedicated to some of the available weapon types. These include the Great Sword, Long Sword, One-handed Sword and Dual Blades. You can find those videos below:

You can find some of his comments below, with the translation provided by Gematsu.

Horii: “I took on a supervisor-like role starting with Dragon Quest X, but I’m back on the scene in full force for Dragon Quest XI. I’m really shepherding it from start to finish, beginning with scenario creation. I want to also be involved in the final optimizations of the battles, etc.”

On the story’s theme:

“This time it’s also the 30th anniversary of Dragon Quest, and we have the subtitle “In Search of Departed Time.” We’re putting a heavy emphasis on that 30th anniversary. The story itself has the theme of “time.” So, we’re hoping that people who have followed the series all along will have that sense of nostalgia, and that new players will have a sense of fun and excitement. The same may be said of the supported platforms. It’s already been announced, but Dragon Quest XI will be released on two: PlayStation 4 and 3DS. Furthermore, on 3DS, we you can enjoy both 2D and 3D. You can choose to play in either old pixel-style 2D graphics or fleshed-out 3D. Of course, you can switch [between modes] in the middle of the game, as well. Including the leading edge PlayStation 4, with 2D, quasi-3D [Editor’s Note: he’s talking about the chibi 3D from the 3DS version], and full 3D, we’re giving you various types of Dragon Quest so you can follow its historical evolution.”

On why it’s for two platforms:

“Well, we knew we wanted as many people as possible to be able to play it. We’d like people to be able to really settle in and play on a console, but at the same time it was great to have so many people playing Dragon Quest IX when it came out on a handheld, so we were really torn over which system to put it on. In the end, we just said, ‘Well, why don’t we just make it for both platforms?!’ and kicked off the project. We thought about what style would be best for each platform, and the results are what we have now. It’s pretty interesting that you can play the latest game in 2D pixel form, right? Of course, you can fully enjoy the story of Dragon Quest XI even in this mode.”

On when it’ll be released:

“We’re working hard with the goal to release it before the Dragon Quest 30th anniversary year ends, so please look forward to it.”

On what is in store for Dragon Quest’s 30th anniversary:

“Actually, we’ve been planning a lot of events. Most of it still has to be kept secret, but I want to stir up even more excitement than the 25th anniversary. We’re thinking about various projects, and a lot of games are coming out, so please look forward to the future of Dragon Quest.”

On the console version:

“The beautiful images, the sense of space… it’s all just amazing. For example, you can clearly see people and monsters who are still way off in the distance. The idea is to give players the sense that the world is there, and in motion.”

On the 3DS version:

“At the start of the adventure, there will be 2D classic events on the bottom screen, and 3D events that unfold on the top screen. Taking full advantage of Nintendo 3DS’s capabilities, we’re pursuing a sense of fun that is unique to Nintendo 3DS.”

“His background and everything has already been decided, but…the full details are still secret (laughs). But…he’s a cool hero, you know. You have Toriyama-sensei’s design, so use your imagination.”

Atlus sent in some new info regarding Chloe and Town Improvements. You can find the official overview and trailer below:

Etrian Odyssey 2 Untold’s Chloe
or
“How I Learned to Stop Worrying and Love the War Magus”
Plus Learn Why Improving the Town is Money Well Spent
It’s almost here! Etrian Odyssey 2 Untold launches NEXT TUESDAY! So we have one last character video for you to check out!
Though she may be diminuitive in size, Chloe the War Magus will play a big, big role in your party with some of the most devastating debuffs that Etrian Odyssey 2 Untold has to offer. Central to a War Magus’ strengths are the War Edge skills – when equipped with a sword, War Magi can apply a 7-turn debuff that reduces an enemy’s Attack or Defense, as long as the enemy currently has an ailment. SEVEN. TURNS. Hugely devastating for boss fights, especially when followed up by the Sovereign’s Ad Nihilo skill to convert the debuffs (on their last turn, naturally) into Almighty damage.
Considering that most classes can apply ailments to enemies (especially ones like Dark Hunters and Survivalists who can boost the success rate of ailments), it becomes quickly evident that a War Magus is a core element of a successful party!
Plus we updated the Etrian Odyssey 2 Untold website with a new video about improving town! Spend your hard-earned En to improve the various districts around the village…improved areas will attract better customers, meaning that not only can you improve the amount of revenue in your advertising campaigns, but also attract better potential trade partners for Grimoire Stones!

You can check out both trailer below: