Note: Since this week didn’t feature that many news, I decided to join all the content in a single post, so this one contains all the Nintendo, 3rd Party and Indie news for the week.

A new commercial for the Super Smash Bros. DLC was recently released in Japan. You can check it out below:

Splatoon was once again updated with a new map and weapon. These are the Piranha Pit map and the Octobrush Nouveau weapon. You can find some screenshots and a video overview for both of them below.

Additionally, the results of the 9th European Splatfest are now out and can be seen below: 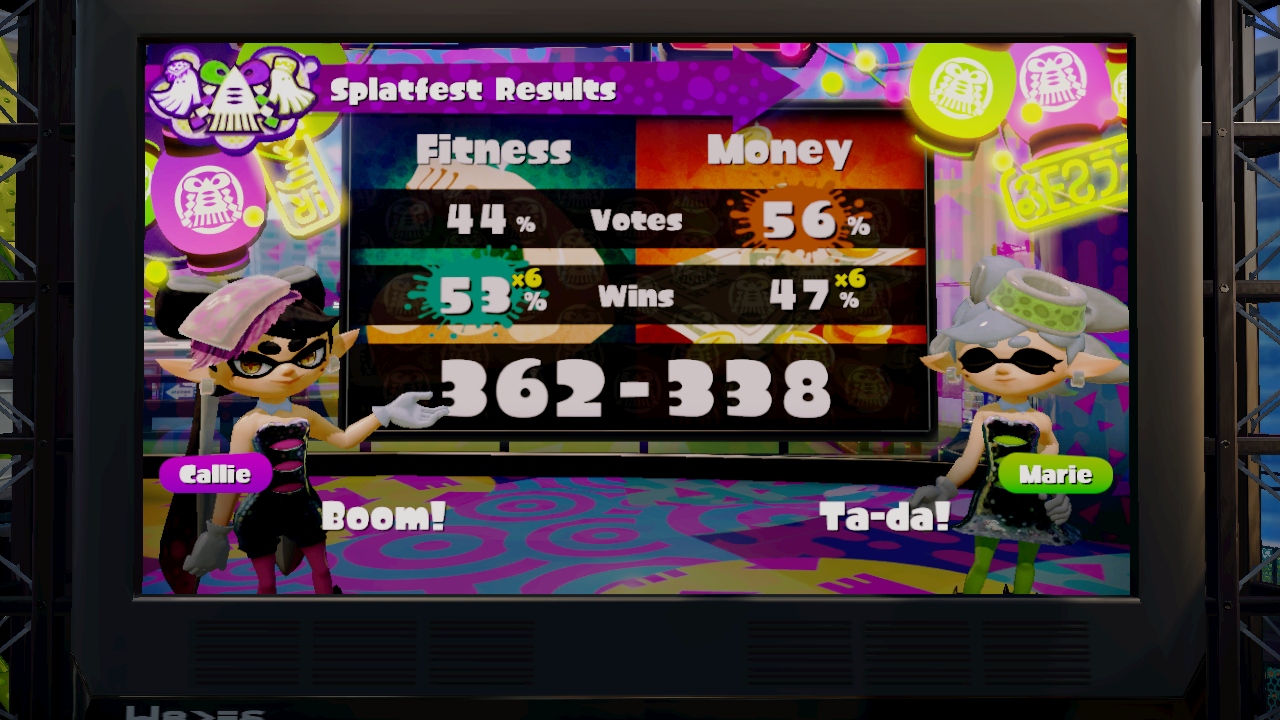 Two new Super Mario Maker Event Courses inspired by NES Remix have been released, letting players unlock the Birdo and Excitebike costumes upon completion. Below you can find an overview and some gameplay of each course, and a trailer for each costume.

“In the NES Remix series, a variety of classic Nintendo Entertainment Sysgtem games are given a new lease on life. This time, we’ve picked the Excitebike stage to recreate in Super Mario Maker! Hold the dash button and right on the +Control Pad from the moment the course begins to replicate the authentic motocross experience.”

“In the NES Remix series, a variety of classic Nintendo Entertainment System games are given a new lease on life. This time, we’ve picked the Super Mario Bros. 2 stages to recreate! If you’ve played the original game, you’ll recognize many of the locations and elements. In true NES Remix style, it’s all very familiar, yet somehow a little different.”

In addition to this, Super Mario Maker also received a small patch that brings the game up to version 1.31.. According to Nintendo, some problems have been fixed so that the game can be played more comfortably.

The last month’s issue of Nintendo Dream featured an interview with a few members of the Mario & Luigi: Paper Jam development team, including producer Akira Otani (Nintendo), director Shunsuke Kobayashi (AlphaDream), and director of battle team Jun Iwasaki (AlphaDream). During this interview, the developers talk about the decision to include Paper Mario in the game, the creation of the dash mechanic and the feeling they were going for when making the game and its papercraft battles. You can find some translated excerpts over here, at Nintendo Everything.

If you live in North America, you can also check the new teaser site for the game on this page.

Nintendo recently launched the official Japanese website for Mario & Sonic at the Rio 2016 Olympic Games on the 3DS. The various pages cover the included sports, character roster, amiibo support and the various modes.

14 sports are featured in total for Olympic competition, including soccer, golf, 100m dash, 110m hurdle, long jump, javelin throw, 100m freestyle swim, archery, boxing, table tennis, beach volley, equestrian, BMX, and rhythmic gymnastic hoop. There are 14 extra competition events, which are the same sports but with added gimmicks from the Mario & Sonic series. You can take a look at most of these sports in the gameplay video below:

Local Play is also possible if all players have a copy. Download Play is available but only if one single person has a copy of the game. Those who are using Download Play will have more limited selection of characters to choose from. Online leaderboards and StreetPass are also supported.

Here’s a list of the characters and the sports they participate in:

Mario & Sonic at the Rio 2016 Olympic Games will contain an original story mode, comprised of a rivalry between the Mario and Sonic gyms. Your Mii is the main character in the game, and you’ll need to choose one of the two gyms to train at. The choice will result in a totally different game progression. Mario’s story will have 110m hurdle along with beach volley, and Peach’s Training Gym will train your endurance with pole vault. Sonic’s story offers 100m dash plus table tennis, and Amy’s Training Gym will train your speed with bicycle dash. As you progress through the story, there will be mysteries in Rio that you need to solve with the cast, with the mysteries differing with each story. Clearing each story will get you a Mario or Sonic Suit for your Mii. These suits can be powered up by reading amiibo (once per 24 hours). The following figures work with the game:

There will be over 270 kinds of costumes to use with Mii characters. Each one of those can increase stats and/or activate skills. Training in Champions Road will give you Training Points (TP, basically this game’s EXP). When you gather enough TP, your Mii will level up. High-spec costumes can be worn only after you’ve increased your level considerably. Miis can also equip gear for specific sports (ex: golf clubs for golf, gloves for boxing) which will give further stat enhancements and special perks.

In order to acquire costumes, you’ll need to collect Apples which are obtained based on training performances in Champions Road. Costumes can then be purchased at the Costume Shop. Gear works in a similar manner, but the currency is Melons, which can be collected by exploring the city. There is also a Gear Shop available.

Finally, Mario & Sonic at the Rio 2016 Olympic Games has a new mode known as Outing Marathon, where the 3DS’ pedometer feature is used to count a step as one meter and the aim is for the player to walk the marathon distance of 42.195km. Mid-rewards in this marathon mode also include Apples and Melons. There are also daily Bonus Challenges where you can get extra rewards, such as walking a specified amount of steps within a time limit.

Nintendo has revealed that a download code will be included with the Hyrule Gold Edition New 3DS XL, enabling players to unlock a classic Link costume usable by fairies in Hyrule Warriors Legends’ My Fairy system. This 3DS version will be releasing soon in Japan, during the month of January. Do keep in mind that it doesn’t include the game itself. This costume will probably be released as DLC for the Western versions of the game, but nothing as been announced so far in that regard. 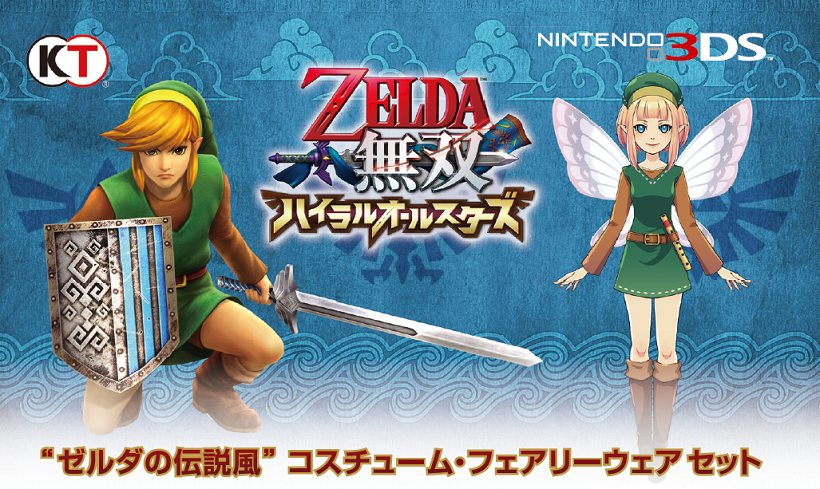 Additionally, Koei Tecmo shared some new screenshots from the game with the latest update of the Japanese website, which you can find in the gallery below:

Genei Ibun Roku #FE was released a couple of weeks ago in Japan, including a special Fortissimo Edition with some bonus content. You can find an unboxing video below showcasing the contents of the Fortissimo Edition:

A new commercial and a batch of screenshots for Pokkén Tournament have recently been released by Bandai Namco. You can find both below:

GameSpot recently published a comprehensive feature about PlatinumGames, that includes some individual staff interviews with people such as Star Fox Zero co-director Yusuke Hashimoto. In this discussion he talks about working with Shigeru Miyamoto’s team and the challenge of making the game fun by using both the TV and the GamePad, and also reflects on the Nintendo content that was added to Bayonetta 2 and how that allowed Platinum Games to later work on Star Fox Zero. If you want to read this and find more about the matter, you can find the article over here.

Nintendo Dream is celebrating the start of 2016 in its latest issue by featuring New Year messages and drawings from various game developers and other key members related to the video game industry, including representatives from Nintendo, Capcom, Square Enix, and more. The first set of drawings and messages are from the teams behind The Legend of Zelda: Tri Force Heroes, Splatoon, Animal Crossing: Happy Home Designer, Rhythm Heaven: The Best+,  Fire Emblem Fates and the Cypher TCG, and Pokémon ORAS and the Pokémon TCG. You can find all the translated messages and drawings over at Nintendo Everything.

In a recent interview with 4Gamer, Tsunekazu Ishihara talked about how late Nintendo president Satoru Iwata played a vital work in heling to bring the original Pokemon games to western shores. Seems like without Iwata’s help we might have never gotten the Pokémon games or only much later than it originally happened. You can find a full translation of this interview on Siliconera, over here.

In addition to Tsunekazu Ishihara, 4Gamer also caught up with Yoshinori Ono (Street Fighter), Yosuke Hayashi (Dead or Alive), Teruyuki Toriyama and Kentaro Motomura (both from Sony Japan Studio) to reflect on Iwata’s passing and his impact on them. You can find a summary of what the magazine covers over here, at Dual Shockers.

Many video game franchises are celebrating big anniversaries this year, and among these is Sonic the Hedgehog, which is turning 25 years old. Recently, SEGA acknowledge this by sharing a look at Sonic’s 25th anniversary logo, which you can find below. We still don’t know what SEGA has in store for Sonic during the year outside of Sonic Boom: Fire & Ice, but let’s hope this turns out to be a great year for the Blue Blur. 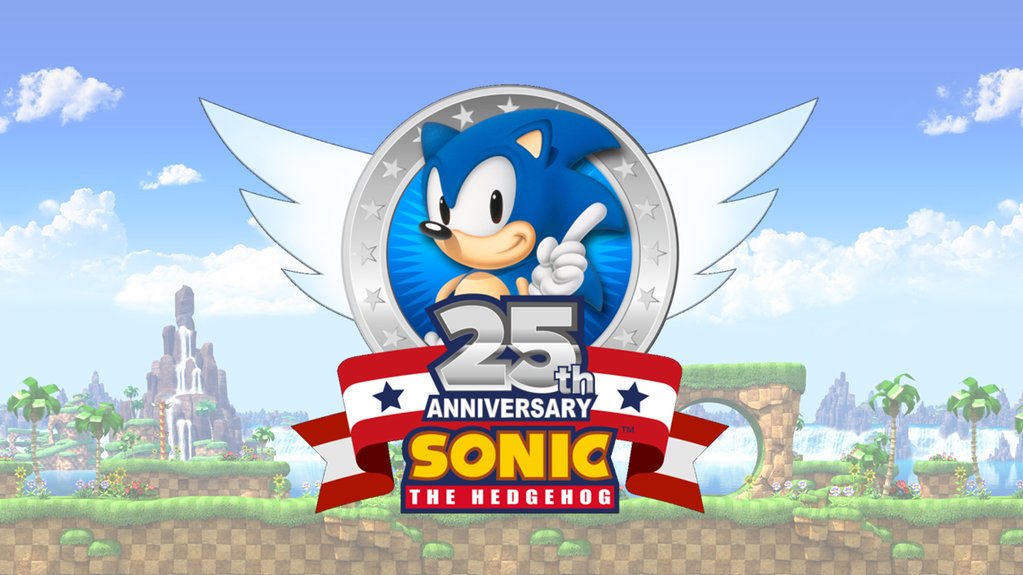 A couple of new videos from SEGA 3D Reprint Archives 2 were recently uploaded by SEGA. These showcase 3D Puyo Puyo Tsu and 3D Fantasy Zone II W, and can be found below.

(Ok SEGA, if your objective was to make me laugh, them consider you mission accomplished. These videos… XD)

In the latest episode of Nintendo Minute, Kit and Krysta finally complete their playthough of Year Walk. Check it out below:

Sarepta Studios’ Shadow Puppeteer is now confirmed to be releasing on the European Wii U eShop on January 21st. Meanwhile, you can take a look at some gameplay in the video below while you wait.

Indie developer Gnobsoftware will be releasing Molly Maggot on the North American Wii U eShop on January 7th, with pricing set at $1.99. Here’s an overview of the title, followed by a trailer:

“Play as Molly the maggot as she begins her life of decay flesh munching. WARNING a maggot life is a hard life. See how hard maggots have it as you defend yourself against other decay eaters and the corpses own body fighting back. Enjoy and explore an anatomy based map in story mode or try to make it through extra mode with randomly spawning exits. Both stages can be played in hard or if you dare extreme mode.”

Ratalaika Games has announced its action-puzzle game The Minotaur is in development for Wii U (and PC). In it, players need to kill minotaurs by moving blocks or crushing/enclosing them.

The Minotaur will feature the following modes in addition to classic single-player:

– Challenge Mode: There will be maps in which the player will need to kill the minotaurs respecting some parameters, reduced number of blocks, or movements for example.
– Co-op mode (Local): This mode actually exists in the original game, but we have also taken our version. We could also play with a friend in local mode to kill the minotaurs.
– VS Mode (Local): A player will control the minotaur while another control the human, they have to kill each other.

Along with the above mentioned modes, an online mode is said to be in consideration.

In an interview with Nintendo Life, Ian Flood and David D’Angelo from Yacht Club Games spoke about all things Shovel Knight, including the whole process they undertook with the amiibo, from pitching, to unveilling, to actual manufacturing and Nintendo’s involvement. They also talk a bit about their experiences in 2015 and the upcoming Shovel Knight updates. You can check out the interview over here.