Jay X Townsend and Form Up Studios are bringing Near Earth Objects to the Wii U eShop in North America, with the shooter to be released on January 14.

Here’s an overview of the title, followed by a trailer showcasing the gameplay:

NEOs, or ‘near earth objects’ are an emergent threat to all life on this planet. Blast off into space and destroy them all to preserve life as we know it back on Earth! Neo-retro arcade style shooting designed to challenge and enthrall. Shoot rocks, get POW. Survive.

Featuring a ’90 Euro/rave-inspired soundtrack, over 120 waves of sadistic space shootables and graphics in tribute (albeit loosely) to old CGA games, this is going to knock your socks off – hope you bought a spare pair.

Chequered Cow Games has recently announced Power Disc Slam, a 3DS eShop game inspired by the Neo Geo title Windjammers. It’ll come with a number of single-player modes, 6 mini-games with 8 levels a piece, various difficulty settings, local and online multiplayer, StreetPass support and online rankings. Full stereoscopic support and 60 frames per second are also supported. The game will be available on the 3DS eShop early next year. You can find a trailer for Power Disc Slam below: 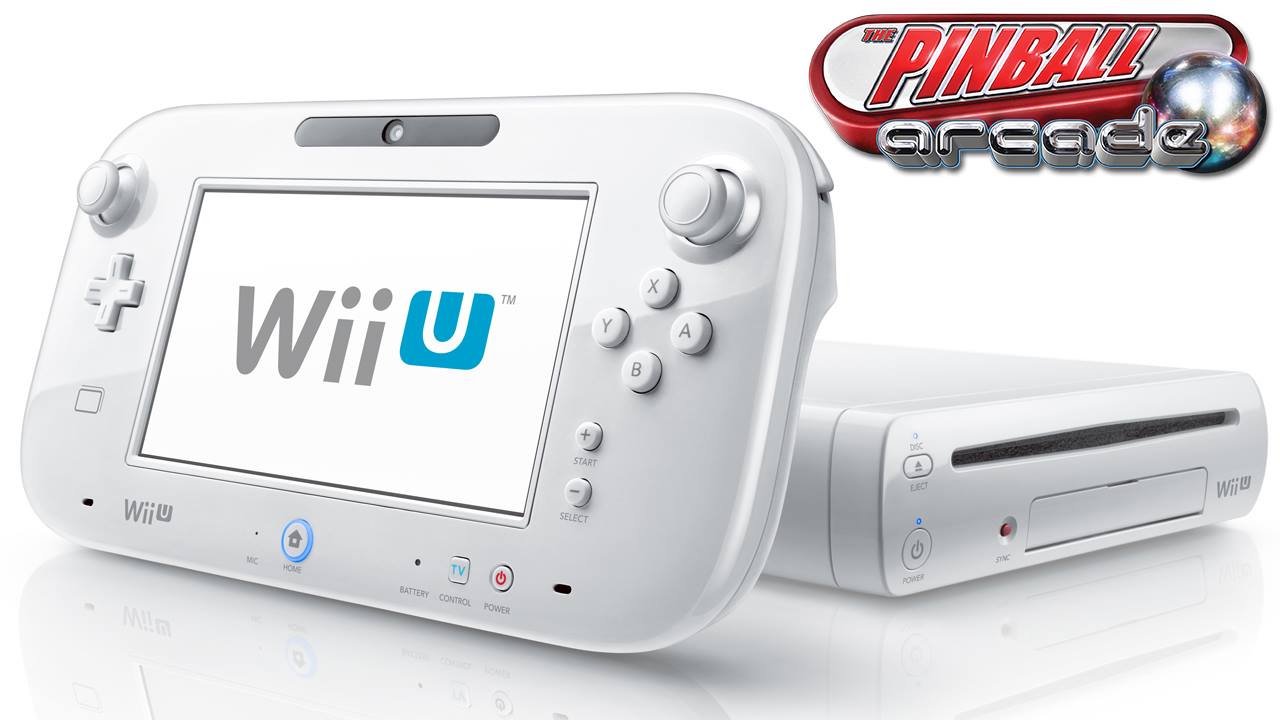 After a lot of setbacks, The Pinball Arcade is finally coming to the Wii U. An eShop version was announced way back in 2012, but there have been some major delays along the way. Things finally appear to be coming together though, as FarSight Studios has shared a new release window on its Facebook page. According to the studio, The Pinball Arcade will finally be available on Wii U in early 2016 if all goes as planned. 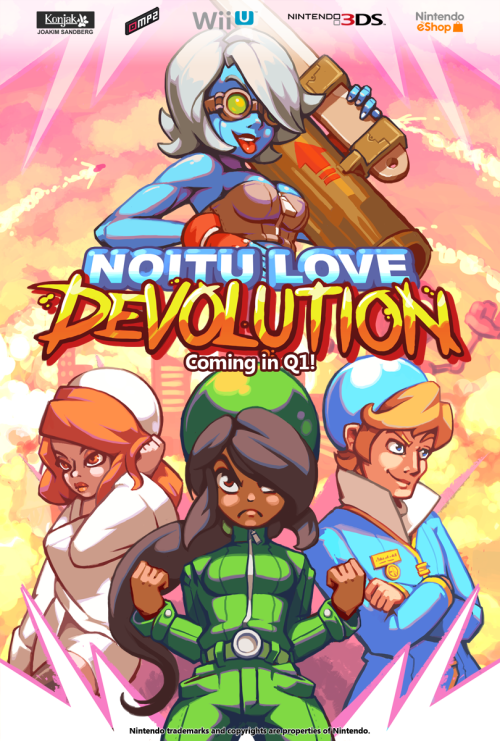 Noitu Love: Devolution, a 2008 PC game by Konjak, will be coming to Nintendo platforms early next year. The developer originally hoped to have the game out on WiiWare, but apparently “that developer relationship went south”. MP2 Games is now handling work on Wii U and 3DS eShop versions, and hopes to release the game sometime on Q1 2016.

Here’s a brief overview of the title, followed by a gameplay trailer:

“Play as Xoda Rap as she tries to save the city from the invading Darn army, who had previously been thought to be destroyed forever. But this time, they bring with them strange time-warping technology. WHO IS BEHIND THIS?”

ZeNfA Productions, the developers behind ZaciSa’s Last Stand, has announced “Drop It: Block Paradise!”, a new physics-based puzzle game for the Wii U eShop. The title is expected to launch in Q2 2016.

Here’s a roundup of what we know so far:

– Main objective is to guide the main Star to the ground level by removing other blocks around you while trying to rank up points;
– A level editor included and you  can hare levels online;
– Builds off of BLOK DROP U from RCMADIAX;
– This game has new mechanics, including balloons, bouncing blocks, moving platforms, exploding bombs and lots more;
– Has been in development since around November 2014;
– Features 5 worlds, with different theme and mechanics for each one of them;
– Contains over 100 levels, possibly 150;
– It’s aiming to include online rankings for each world that shows off your total score for that world, in-game achievements and Miiverse stamps;
– The stamps will be earned by unlocking achievements;
– Includes Wii Remote support to allow multiple people to play at once.

You can also find a trailer for Drop It: Block Paradise! below: 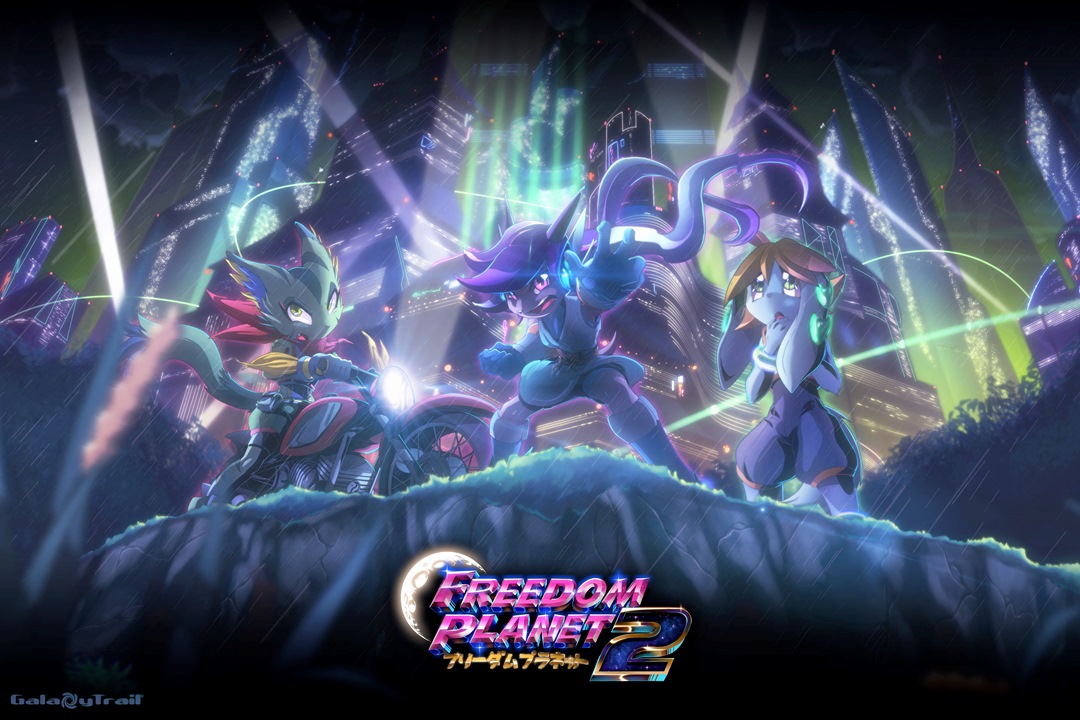 GalaxyTrail has recently announced Freedom Planet 2, a follow-up to the Wii U eShop game released in October. It will be released first on PC/Mac/Linux and then on at least one Nintendo platform. The game is currently targetting a mid-2017 release date. Below you can find a brief trailer and a teaser, followed by an overview of the new features.

“Join the heroes of Avalice as they face their greatest challenge yet! An ancient terror has emerged from the depths of the ocean. Merga, a water dragon from Avalice’s oldest and deadliest war, has been freed from her crystal prison as a consequence of the Kingdom Stone’s destruction. War is imminent once again, but this time, the heroes are split between sides. As friendships are tested, will the girls stand united when Bakunawa rises?”

Our Heroines Have Grown Up… Sort of!

The first Freedom Planet game had a low screen resolution as a nod to retro platforming, but as a result, the characters had to be drawn with exaggerated body proportions for easy readability. The consequence? Well, we dare you to read an article about Freedom Planet that doesn’t compare it to the exploits of a certain cobalt-tinted erinaceinae. Freedom Planet 2 is all about advancing and evolving our style into something truly distinguishable, and this should also be reflected in the appearance of the characters.

The story justifies this change. It has been several years since the events of the first game, and the girls have undergone formal training in order to strengthen and refine their fighting abilities. They’ve graduated from coincidental world-savers into full-time heroes! Despite this, they’ve held on to the characteristics that made them lovable in Freedom Planet 1.

Instead of standard difficulty levels, Freedom Planet 2 introduces a flexible difficulty system that lets you change the rules of the game temporarily to make certain stages easier or harder. Using special Gold Gems found in stages or crafted by fusing your regular crystals, you can modify specific parameters: Add more lives, alter attack damage, and more. Gone are the days where you switched to Easy mode reluctantly to get past a troublesome boss – This time, a Gold Gem can tip the odds in your favor!

No longer will you have to rely on your special move to avoid damage! By tapping the Guard button, your character will summon a split-second shield that can block or parry oncoming attacks. While highly powerful or long-lasting attacks can’t be Guarded against completely, a properly timed Guard will avoid most of the damage and soften the blow. This will allow players to get creative with our boss fights.

Imagine fighting a difficult boss, and losing right before you land the final blow. ARRRGH! Normally, you would have to start the fight all over again. In Freedom Planet 2, you’ll have another option: Revivals.

When you’re knocked out cold, you can spend one of your extra lives on the spot to get back up and keep fighting. You’ll recover a small number of life petals, so if you’re not careful, you may lose yet another life. On the bright side, you’ll gain a few seconds of invincibility on revival, which just might be all you need to make a solid comeback.

As you can imagine, Revivals will have a more noticeable impact outside boss fights, where you can search for life petals to restore yourself to full strength. This helps prevent players from losing a large amount of time by having to restart at their last checkpoint.

Caution: Your character can’t revive if their body is disintegrated!

In a recent interview with Nintendo Life, 13AM Games confirmed that the studio isn’t finished working on Runbow and there are still plans to support it with new content and updates.

“I mean… this game has been our whole life for the last two years, so it’s going to be everyone else’s for at least the next 12 months. We have a lot of plans for Runbow. We’re going to start announcing these things soon, but suffice it to say you haven’t heard the last of this little game and those scrappy Canadians that made it.

One thing we’ve never shied away from is admitting that there will be more content. We’re putting the finishing touches on it now, and let me tell you we really think the fans are going to love it. We’ve also got a few more updates that we are pushing out, including some fixes to some issues that fans have been calling for since launch.

He also teased a little bit about what is to come after Runbow, stating:

But we are also working on a couple other ideas, and seeing if we can bring that 13AM magic to new titles in the near future. We’re not done with Runbow yet, but we are working on getting a couple more planes off the ground. Planes that are already built this time.”

For the rest of the interview on Runbow development so far, check it out over here.

Family Gamer TV has uploaded a lengthy video interview with Image & Form’s Brjánn Sigurgeirsson about SteamWorld Heist, where topics such as amiibo inclusion and multiplayer, among others, are discussed. You can give it a look below:

Family Gamer TV also interviewed 505 Games’ producer Dean Scott to learn more about the 3DS version of Terraria. You can check out the full interview below, which also contains some snippets of Wii U footage.

Temple of Yog recently released on the North American Wii U eShop and is coming to Europe next month. You can take a look at some footage from the game in the video below:

Wind-up Knight 2 recently arrived on the Japanese 3DS eShop as a New 3DS exclusive.You can find a trailer for the game below:

Saturnine Games showcased Antipole DX during a stream at Gameacon in New Jersey. Below you can find a 16-minute look at Antipole DX footage from that segment.

FreezeME won’t be hitting the Wii U eShop until sometime next year due to some issues that required Rainy Night Creations to resubmit the game. However, the PC release did take off earlier this month, so plenty of footage has been posted online which you can take a look at below.