Early in the week, Nintendo and Mojang announced that Minecraft: Wii U Edition will be available through the Wii U eShop starting December 17 for $29.99. You can read more about the announcement in the official press release below:

Mojang’s video game phenomenon Minecraft launches worldwide on Nintendo’s Wii U home console on Dec. 17. Minecraft: Wii U Edition comes with multiple add-on content packs, and will be available in the Nintendo eShop on Wii U in North America for $29.99. Nintendo and Mojang are also collaborating on new content for Nintendo fans to be released at a future date. More details about this content will be released at a later time.

The game will feature off-TV play, so players can keep their games going on the screen of the Wii U GamePad controller if another family member wants to watch something else on TV. The game also comes with some of the most popular current Minecraft add-on content packs:

In addition to the content that comes with the game, players will also be able to expand their experience with 16 additional add-on packs available for purchase within the Nintendo eShop at launch:

Mojang’s Kristoffer Jelbring also confirmed on Twitter that the game will eventually see the release of a physical version at a later date.

“Minecraft: Wii U Edition will have full play on the GamePad controller’s screen and split-screen play. As with the rest of the versions in Minecraft: Console Edition, it will support four players locally and up to eight players online.”

Nintendo’s Japanese page for the game also confirmed that players will be able to use the Wii U Pro Controller, voice chat is compatible, and USB keyboards are supported as a means of communication.

Finally, Mojang’s Owen Hill confirmed on Twitter that Minecraft: Wii U Edition won’t let players manage their inventory by using the GamePad. Instead, the controller simply acts as an alternate screen for off-TV play. (Kinda disappointing considering what could have been, right?)

You can also find some screenshots in the gallery below:

On December 16th, a soundtrack for Monster Hunter X released in Japan, so Capcom published a video recently giving fans of the series a behind the scenes look at the musical recording. You can find the video below:

The latest episode of Capcom TV featured some gameplay footage from Monster Hunter Stories and Mega Man Legacy Collection and two excerpts from the show have recently been uploaded online. For Mega Man there isn’t much gameplay, but we do get a look at the new 3DS themes. You can find both videos below:

Next month, Square Enix will be hosting a Dragon Quest 30th Anniversary Project Presentation in Japan, according to the Dragon Quest website. In it, we will hear about the latest Dragon Quest games from series creator Yuji Horii and Ryutaro Ichimura, who is supervising the 30th anniversary project.

Fans of the series can watch the presentation as it happens on Niconico. It will take place on the following days and times:

Since Dragon Quest XI is targeted for 2016 in Japan, and Dragon Quest Monsters: Joker 3 is releasing in March, both will likely have a presence on it.

Nintendo just announced the exact release date for Bravely Second in Europe, confirming that the game will be released on February 26th, 2016. You can view the standard and special edition packages below:

Square Enix has released another infographic highlighting the 12 eidolons in Final Fantasy Explorers. The various summons include old fan favorites, as well as two brand-new eidolons, the flower-like Dryad and the mysterious Amaterasu. Check them all out in the image below:

Atlus have recently published another trailer for their upcoming 3DS title Shin Megami Tensei IV: Final, this time focusing on the character Nozomi. Check it out below:

Moreover, new gameplay footage was shown during a live stream presentation. You can watch it below:

Atlus also confirmed that a soundtrack for the game will be released in the future. Those in Japan will also have an opportunity to go hands on with the title for over two hours towards the end of January. The boxart is also now available and can be seen below: 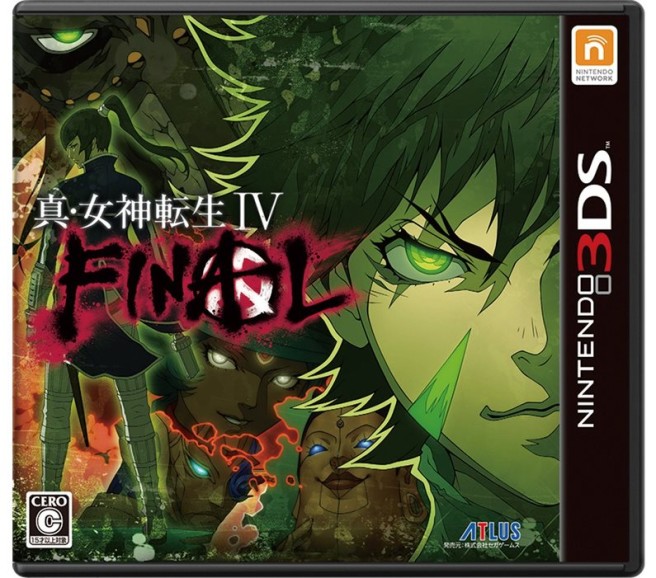 Level-5 recently released a new trailer to celebrate the launch of the Yo-kai Watch Busters new Moon Rabbit Team update. You can watch it below:

Moreover, a few days after the debut of Yo-kai Watch: Enma Daioh to Itsutsu no Monogatari da Nyan!, TV announcer Sayaka Suguru announced that a third Yo-kai Watch film is coming in Winter 2016. The announcement was made during a special event for the second film so, unfortunately, did not include any details about the movie itself.

A new trailer for Medabots 9 has now been released and you can watch it below:

Medabots: Metabee and Medabots: Rokusho on the NA Wii U Virtual Console

Medabots: Metabee and Medabots: Rokusho were recently released on the North American Wii U eShop for the Virtual Console service. Below you can find a trailer for both and some footage from Medabots: Rokusho.

Once again, Mixi released a new story trailer and a batch of screenshots and artwork for Monster Strike, during the week. You can find it all below:

Aksys Games released Radiohammer on the North American Wii U eShop on December 10th for $5.99.

Below you can find an overview of the game and some footage:

“Rock the beat with Radiohammer in this rhythm action romp developed by Arc System Works and Vinyl Lab! Play as the world’s most famous super DJs and protect the peace with the power of love and music! Drop the beat on the bad guys as you shuck and jive your way through hordes of the morally maligned! Time your strikes to make the world a safer, funkier place with your superior sonic skills and impeccable rhythm. Take down massive villains and fend off furious flashers with groovy tunes and masterful mixes.”

During the week, Kemco released Alphadia on Japanese 3DS eShop. You can watch a trailer for it below:

Kemco is also bringing Chronus Arc to the 3DS eShop on PAL territories on December 17 for €9.99. You can find a trailer for the game below:

The Legend of Dark Witch 2

During the week, Circle Entertainment released The Legend of Dark Witch 2 on the North American 3DS eShop. You can find a trailer showcasing the title below:

During the week, Mighty No. 9 was on display during an event in Japan. You can take another look at some gameplay footage in the video below:

You can find this new trailer and some footage from the game below:

Agatsuma Entertainment, the publisher behind games like Code of Princess and Yumi’s Odd Odyssey (a.k.a. Sayonara UmiharaKawase), is unfortunately shutting down, they recently announced. The company has been dissolved as of December 11 and will be seeing liquidation on March 31.
Always sad to see another publisher close its doors…