The Wii U version of Turtle Cream’s 6180 the moon is releasing in both North America and Europe on February 25th.

The game features a slew of puzzles that require you to alternate your attention between the TV and Gamepad screens to complete.

You can find a trailer and some screenshots of the game below:

Another game coming the North American and European eShop on February 25, but this time on the 3DS, is Toy Defense.

You can find the game’s intro and some screenshots below:

The third entry in the Excave series is releasing in Europe on February 25. Excave III: Tower of Destiny will be priced at €7.99.

You can find several screenshots of the game in the gallery below:

Engine Software is also releasing SMART Adventures Mission Math in the North American and European Wii U eShops on February 25th for $2.99 / €2.99.

You can find an overview, trailer and a screenshot gallery below:

The game takes place on Space Station Prime, where recently promoted S.M.A.R.T. Agent Delta has docked to find total chaos. The computers are down, the science labs are a mess, and the communication system is barely functioning – is foul play involved? Playing as Agent Delta’s assistant, Junior Agent Star, players use their math skills to repair the science labs and solve the mystery. Math practice has never been this much fun!

Mission: MATH features an exciting story line, a fully customizable player avatar, science labs to explore (and repair!), and handy tutorials for each laboratory. The story line features a wide range of supporting characters with fully spoken dialog. The labs themselves are fun puzzles that will challenge the players’ math skills in fractions, decimals, bar graphs, factors, multiples, and more, all in a playful and pressure-free environment that kids will love. Parents will appreciate that it’s safe and secure for kids to enjoy without supervision.

2020Venture’s sci-fi/horror first-person shooter Chasing Dead is now confirmed to be hitting the European Wii U eShop on March 3 for €29.99.

Bear Box Media has been working on U Host since it was first announced for Wii U back in 2014. The team has now stated we should be seeing U Host on the North American eShop sometime in March, and that the game will be released on March 3 in the European eShop. 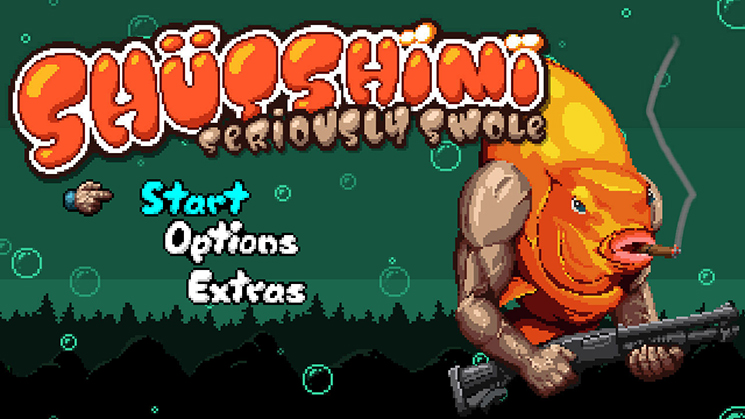 Shutshimi recently released on the North American Wii U eShop, however, European fans might have to wait a bit longer for the game.

Neon Deity Games shared an update on the game during a Reddit AMA on February 17. The studio said the following about the European release of the game:

“… We recently received our ratings for the EU region. We have a couple minor tests and fixes to prepare, but hopefully it’ll be soon! We can’t give exact dates due to how unpredictable the certification process is, but I would hope for it to ready in a couple of months. Maybe more, but maybe less! We haven’t forgotten our EU friends! It’s just a bit more work, that’s all!” 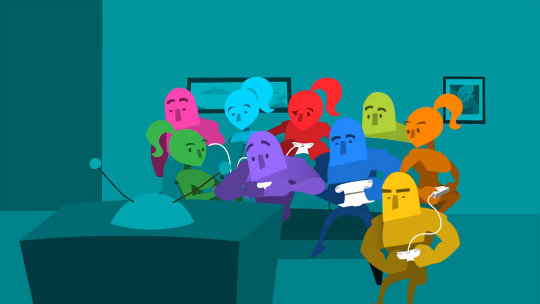 Runbow recently received a new patch, bringing the game up to version 1.1.0. The update fixes issues with online gameplay and external hard drives, but “a little secret” has also been added to the game mode selection screen. The game could be getting some sort of extra content, at least based on 13AM Games’ tease.

Head past the break for the full breakdown and patch notes.

As of last week, Runbow’s brand new patch went live with a main focus of fixing some core issues in Online functionality. Thanks a lot to everyone for their ideas, and you’ll be happy to know we implemented a lot of them! The main one is that any two consoles in an open party can start a match together without waiting for 4 other people.

Players also now spawn in order based on score, just like offline, and many of our host disconnection issues have been fixed. If you notice more, let us know! Another patch is incoming soon.

Another thing we’ve been working on is trying to get Runbow running on external hard drives with fewer hiccups. The fix we’ve implemented should work on a number of hard drives. Let us know if yours is still affected. With fixes made for a number of other issues in offline and the Records system, we’re hoping this makes for a smoother, more complete Runbow experience for everyone. And you can play in Japanese, thanks to our partners at CrossFunction LTD.

We’ve also added a little secret to the game mode selection screen. Hopefully soon you’ll get to see why we’ve been so silent this whole time.

Thanks, and happy running.

[External Hard Drive] The frame stuttering issues that appeared when
playing Runbow on some external hard drives have been fixed with many hard drives. [Online] Some (or all) of the game freeze cases in the Character Select Screen should be fixed.
[Online] The minimum amount of player for starting an online game in any mode is now just 2, instead of 3 or 4.
[Online] Players now spawn in an order based on their score, same as in
offline games. [Run/Colourmaster] The bounce sound was removed from falling to the tracks “Train Hard”.
[Adventure] Some of the lasers didn’t kill the players. They’ve been fixed. [Records] In the Gallery, the “Highway Robbery” and “Safari So Good” Records now appear as unlocked as soon as you get them, instead of later; and the “Yarr the Man Now!” and “No Bones About It” Records now appear as unlock when you unlock them, as previously they always appeared as locked.[Records] The “Curator” Record was incorrectly set to only be achieved when an unachiavable amount of art has been unlocked in the Gallery. This has been fixed.[Records] You don’t get the “Everyone gets…” Record anymore when someone else gets the title when playing online.[Records] A bug where score-based Records (such as Shut-out and Be aggresive) wouldn’t be unlocked properly in rare cases has been fixed. [Localization] Japanese has been added as a selectable language!
[Localization] Names of players with Japanese characters in their names are now shown properly.
[Localization] The quotes in the autosave message at the beginning of the game have been corrected in French.
[???] The main menu layout has been changed for some mysterious reason… 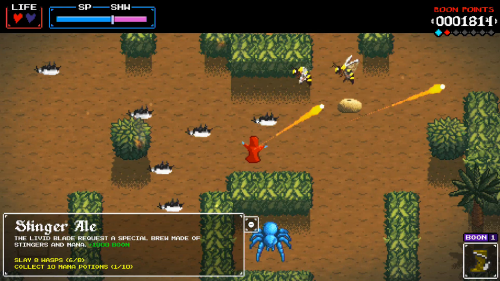 The new update adds more quests, a new enemy type, improved AI, and other fixes/additions to the game. You can find a summary of the contents at the game’s development blog, over here.

Noowanda has published another video showcasing the new functionality of inking blocks, to be included in the first update for Discovery. Check it out below:

Image & Form has recently released the latest episode of “The Engine Room” video series. The video below is entirely dedicated to answering fan questions, including topics like DLC, ports to other platforms, character designs and expanding the SteamWorld brand, among other things. Check it out: 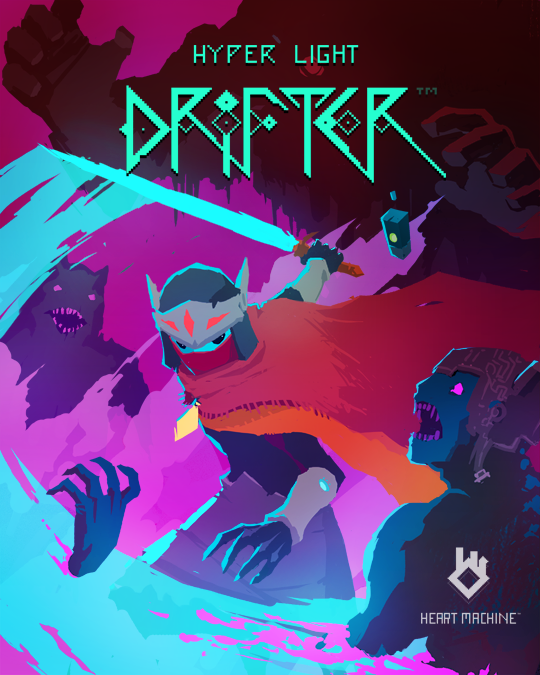 According to Heart Machine the Wii U version of Hyper Light Drifter is “currently in limbo” due to “ongoing internal contractual issues beyond our control between the platform holder and engine developer”.

The Wii U port is, unfortunately, currently in limbo.
So what happened? We had information about our engine, two years back, when we announced support for the platform. This had assured us we could port to the Wii U with relatively little hassle by now. However, due to ongoing internal contractual issues beyond our control between the platform holder and engine developer, we just don’t know when or if this situation will have a good resolution. We are looking into the options available and doing what we can to help push the issue, including posting about it here.

This means we will still offer the option of Wii U in the Surveys, with the stipulation that if you do choose it as your platform, and we end up unable to support it this year, we will offer you a key on another platform of your choice. We would rather keep this option open, knowing there’s still a possibility for it to work, than cancel the port right now.

I realize this isn’t ideal, and plenty of people are looking forward to the release on a Nintendo platform (as are we, being life-long fans). Please understand business can sometimes get in the way of production, and there’s only so much we can do to help sway these types of events with larger entities. We’ll keep everyone updated as soon as we know more.

MagnaStudios has shared another update on Nostalgia: Two Worlds – One Soul, the indie developer’s interactive adventure game for the Wii U, whose Kickstarter campaign is now live.

This includes a couple of teasers and a big batch of screenshots you can find rounded up below. Check out the Kickstarter page linked above to learn more about the game.

RCMADIAX has released a new launch trailer for Super Robo Mouse. Check it out below:

The indie developer has also stated that it will be looking to focus on quality over quantity from now on if Super Robo Mouse is successful.

In an interview with Nintendo Life, RCMADIAX’s Michael Aschenbrener mentioned the following:

“Ideally I would love to develop just a single project at a time – releasing maybe once per year or two. This is the goal starting with SUPER ROBO MOUSE, and should it prove successful, you would likely not see my next release until 2018/2019.”

Flyhigh Works has recently uploaded a second trailer for Witch & Hero II. Take a look at it below:

Log Games has uploaded a bit of gameplay footage from its upcoming Wii U eShop title Epic Dumpster Bear. Take a look at how the game plays: