Here’s some gameplay footage from IGN:

Detail about the marriage and children system are just in:

According to the leaks of the latest issues of Dengeki and Nintendo Dream, which release on the 20th, marriage and children will be in the game and work in a similar manner to Awakening.

Upon reaching a support level of “S” with a compatible (opposite-gender) character, those two characters will marry and their children will join them on the battlefield.

From the limited information we’re presented with, it seems that once again there are special “confession” images for the Avatar’s chosen spouse.

However in a slight twist, the identity of the child appears to be determined by the father, rather than the mother like in Awakening, with the mother passing down her hair colour instead.

The examples shown include the Avatar and Felicia’s child, Kanna, and Tsukuyomi and Orochi’s child, Shara. Curiously, Shara’s appearance and dialogue resembles Tharja from Awakening…

It’s not known where the children originate from, but Kanna’s dialogue could be a hint: she mentions going to fight with her father (the Avatar) in the “outside world”. Maybe these children exist in some alternate reality that reflects the real world?

Serenes Forest also made an analysis of the Day 2 footage shown at the Treehouse.

New information about Fire Emblem If, now Fire Emblem Fates in the West, keeps coming in.

First of all, the english version of the game will also have two versions, Birthright (Hoshido) and Conquest (Nohr).

Below you can find the Facts Sheet, Trailer, Screenshots, Japanese Commercials and Classes Introduction Videos.

For an analysis of the Trailer and Treehouse Live footage, you can check the linked pages at Serenes Forest. 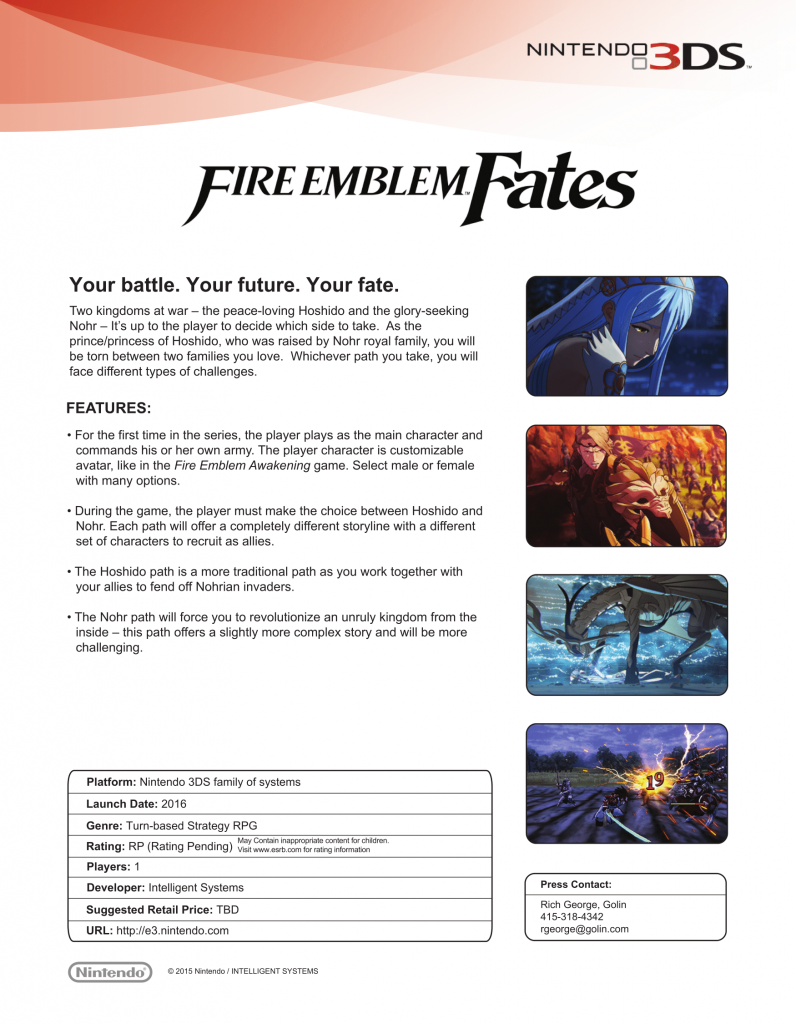