Another week, another set of Famitsu scans and details are starting to show up!

Earlier today Famitsu published a small preview of this week’s content. They promise there will be additional details on the My Castle system (such as the newly uncovered prison) and 7 new character profiles, later this week. Meanwhile, they also uploaded a photo of the character Zero, you can find below. 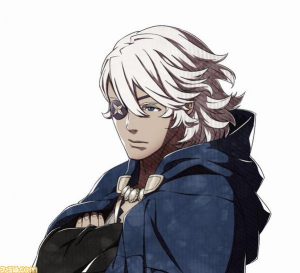 Moving on to the leaked information, we first have three new characters. Here are their translated profiles courtesy of Kantopia.

As you can see, the last two, much like Luna before them, seem to be inspired by characters from Fire Emblem Awakening, Inigo and Owain. Accoring to a poll Nintendo made in Japan, Lucina, Inigo, Owain and Severa were the most liked characters, so they probably are trying to use their popularity to their advantage, who knows!?

Besides those three characters, there are also profiles for Zero, Charlotte, Benoit and Orochi, and the latter three already have profiles on the game’s official site.

Altough there are no scans to prove this, the person who uploaded the one above stated the following about the other characters and the prison system:

When Orochi or Zero use their “capture” command to defeat an enemy, that enemy will be sent to prison.

Captured enemies can then be recruited to your own army by successfully scouting them with resources or by persuading them. Certain enemies cannot be captured, like bosses for example.

Long term fans of the series may know that capturing was already present in Thracia 776, where a handful of characters could only be recruited via this method. During “capture mode”, all of the user’s stats were halved, so it was a very risky undertaking that required great amounts of skill and planning.

That’s all for the leaks today, but apparently there’s more to see, including details on the Arena, Forge, Lilith’s Shrine, My Room and Accessory Shop.

As always, special thanks to Serenes Forest and Kantopia for all the info and scans!