Nintendo has recently released a new Dragon Quest VII trailer introducing fans to the world and gameplay of Dragon Quest VII: Fragments of the Forgotten Past. Moreover, Nintendo had a stage show demonstration for the game at Hyper Japan Festival 2016. You can find videos for both below:

Monster Hunter Generations is now out in the west, so Capcom has released a new launch trailer and the game’s opening cinematic, both of which you can find below:

Capcom has also confirmed that Monster Hunter Generations will be receiving the Palico costume based on Fox McCloud from Star Fox in the western version of the game.

Besides that, Polygon has taken another extended look at Monster Hunter Generations gameplay, just before the game released. Check out the video below for the gameplay footage:

Finally, Capcom will have a heavy presence at San Diego Comic-Con 2016, and in addition to a “World of Capcom” panel next Thursday, the publisher has planned a talk dedicated to Monster Hunter a couple of days later.

Here’s what is in store from the “World of Monster Hunter” panel:

“Capcom Development Team members share brand new behind-the-scenes info and insights from the recently released Monster Hunter Generations for Nintendo 3DS. The panel will include exclusive new footage and announcements, as well as some special surprises.”

The special surprises might have to do with the exclusively western DLC of the game, or maybe even an announcement of Monster Hunter Stories. It’s everyone’s guess at this point.

Famitsu recently shared some details about Monster Hunter Stories, and among those was mentioned an in-game system called the Transmission Ritual.

By using this system, players can cross-breed two monsters to awaken a monster’s stats.

First of all, you pick the Otomon you’d like to have inheriting bond DNA. Up to nine bond DNA slots are available, as can be seen at the bottom right of the following image. 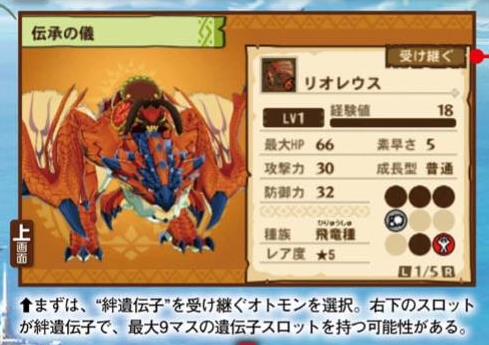 The same monster species may have different DNA and slots, so you must keep hatching eggs until you find your ideal slots. Up to 200 monsters can be kept in storage.

The next step is to choose a giving Otomon and which DNA you want it to give. The DNA will be placed at the same position, and if there’s already another DNA on the same slot, it’ll be overwritten.

Some monsters may have DNA exclusive to their species, such as the Lagombi or Rathalos. However, this kind of DNA can also be passed on through the Transmission Ritual. 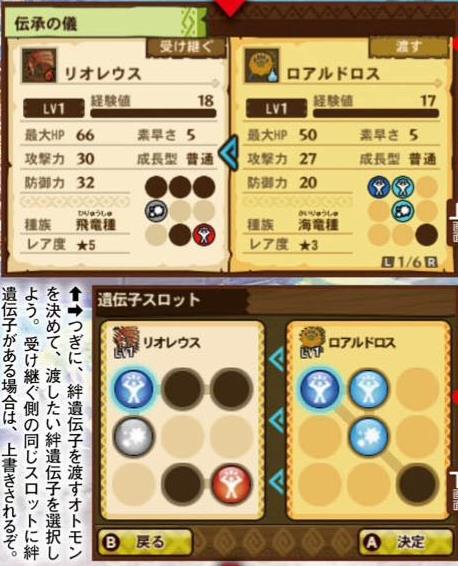 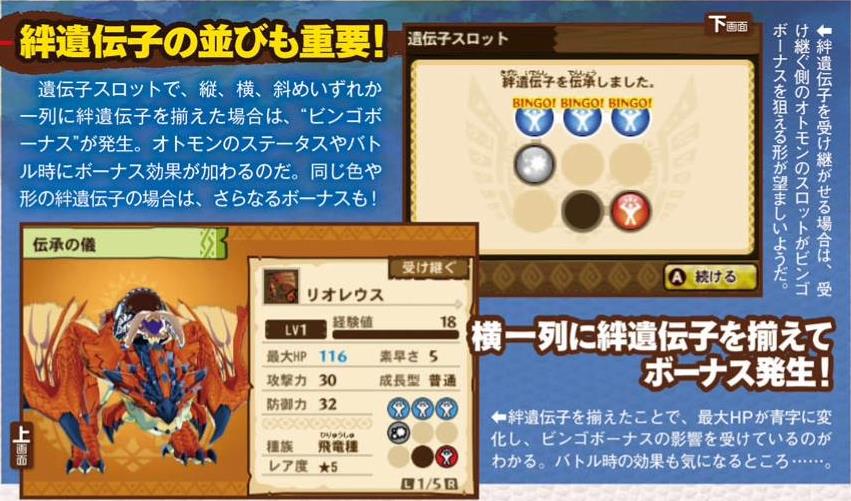 In the example below, we have Rathalos inherit Royal Ludroth’s DNA, gaining water-element ability from that. It’s freely up to the player if they want to give more elements to an Otomon such as thunder or ice. 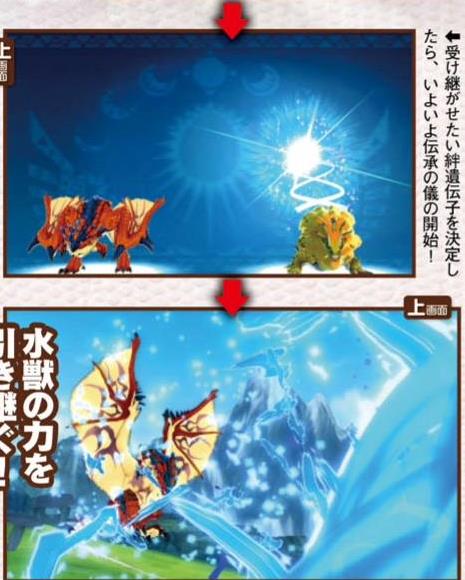 Besides these Famitsu details, Capcom has released two new commercials for the game, and a new batch of screenshots which you can find below:

Bandai Namco has released a new pair of commercials for Dragon Ball: Fusions. You can watch them below:

Bandai Namco has now opened the official website for the newly announced 3DS game Saiki Kusuo no Psi-nan: Shijou Psi Dai no Psi Nan!?. You can visit it here.

The game still doesn’t have a release date, but it will be playable at Jump Victory Carnival 2016 in both Osaka on July 30 and Tokyo on August 6.

Some gameplay details have been translated by Gematsu, which you can find below:

-X-Ray Vision: The power to see through things. You can also use this ability to fully reveal hidden places.
-Psychokinesis:The power to move things without touching them. Blow away big objects, or play tricks without being found out.
-Telepathy: The power to read the innermost thoughts of other people. Find out peoples’ true feelings.
-Mysterious ESP Training Feature: An ESP training feature shrouded in mystery will also be implemented. Perhaps you’ll awaken a sleeping that you don’t normally use.

Finally, a few screenshots from the game are also available in the gallery below:

You can now find some gameplay footage below: 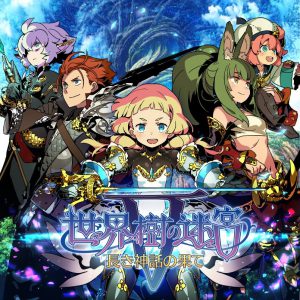 With the approaching release of Etrian Odyssey V in Japan on August 4th, Atlus has now revealed some DLC plans for the game via the latest issue of Famitsu. Here’s what you’ll be able to add to the game starting on August 4th according to Gematsu, with each individual piece of DLC costing 300 yen:

Another two pieces of DLC are also planned, but have not been dated yet: “New Adventurer 6”, with currently unknown content that it will add, and FM Synthesis (800 yen), which allows you to switch to FM Synthesis for the game’s background music and back at any time.

Level-5 and CoroCoro have once again posted some gameplay videos dedicated to Yo-kai Watch 3. Level-5’s video showcases a boss battle, while CoroCoro’s video shows-off the new medals and their use in battle. You can watch both below: 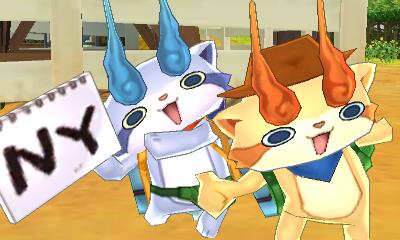 Nintendo PR has shared that depending on how you buy Yo-kai Watch 2, different bonuses will be available to you.

According to the company, those who pick up the physical version will receive “an exclusive Yo-kai Medal from Hasbro that gives Jibanyan a powerful new in-game Soultimate Move when scanned into the game”. The digital version provides “players the opportunity to battle and befriend new Yo-kai: Sailornyan or Robonyan F” instead.

Yo-kai Watch 2 is to be sold in two versions, Bony Spirits and Fleshy Spirits, and the Yo-kai and Medals will differ based on the version of the game purchased by players. 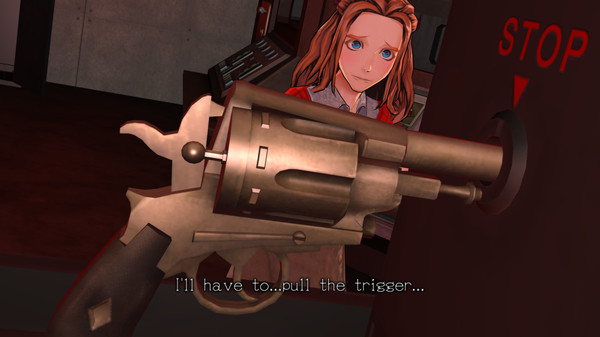 At the time of Zero Time Dilemma’s release in Japan, Famitsu got a chance to talk with series creator Kotaro Uchikoshi about the new game. Uchikoshi shared details about how the project came to be, the different aspects of gameplay, and even the ending of the game (not many spoilers though).

You can now find a translated and summarized version of this interview over here, thanks to Nintendo Everything.

It has been revealed that Puzzle & Dragons X has a tie-in bonus for those who played Puzzle & Dragons Super Mario Bros. Edition. If you played the latter, you can obtain a Soul Armor for Tamazo based on Mario. This unique Soul Armor features the Super Jump skill, and the power of Light attribute attacks is raised by 1.5 times for one turn. 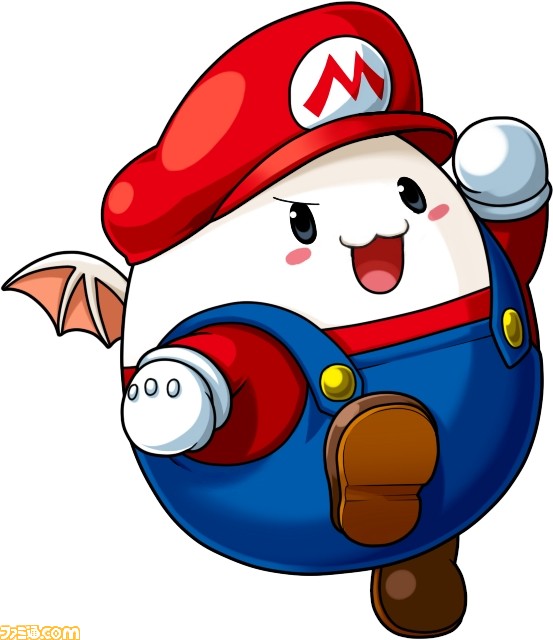 Koji Igarashi was recently seen at BitSummit to show off Bloodstained: Ritual of the Night.

During the event, Igarashi was shown playing the game’s demo under a few restrictions, with those being that he needed to complete the game in under five minutes, without killing any enemies aside from the boss needed to progress, and without using backdashes and healing potions.

You can take a look at his playthrough below, to find out if he succeeded:

Inside Games has recently posted a little bit of off-screen footage from the demo for Nyoki Nyoki: Tabidachi Hen, the new 3DS eShop game from Puyo Puyo creator Masamitsu Niitani and his company Compile Maru. You can watch the video below:

Mastiff has published a new teaser video for Gurumin 3D: A Monstrous Adventure over on Facebook. (Mastiff mentions that the video is a bit stretched and mottled from the original capture, but when playing on 3DS, the gameplay should be crisper)

Final Fight is now out on the North American New 3DS Virtual Console. You can watch the official trailer below:

Besides that, the first TurboGrafx-16 games have been made available on the Wii U with the release of the Virtual Console versions of Bonk’s Adventure and New Adventure Island.

In the gallery below you can find some photos showing what the Virtual Console menu looks like.