You can watch a recording of the panel below:

Sunbreak Games’ Buddy & Me: Dream Edition now has a release date for both Europe and North America. The game will launch on July 21 for €4,39.

Buddy & Me: Dream Edition is a nostalgic childhood adventure about exploration and friendship, featuring the unique gameplay experience of a giant flying companion’s loyal assistance when in need. Run, jump, bounce, glide, and together fly your way through a never-ending landscape of treehouse-inspired obstacles, curious creatures, and natural wonders. The Dream Edition adds all-new unlockable items to customize your adventure!

Buddy & Me: Dream Edition re-imagines the rules of the “endless runner” genre for a charming, relaxing experience that automatically adapts its difficulty for all ages & skills! Relax, hum along, and enjoy the view… or challenge yourself to see how far you can dream before waking!

Finally, here’s a list of things you can find in this version of the game:

Ratalaika Games has shared that North America will be getting Defend Your Crypt on July 21 as well. On Wii U, the download is 46MB, while the 3DS version needs 56 blocks of free space, or 7MB.

You can find the 3DS trailer below: 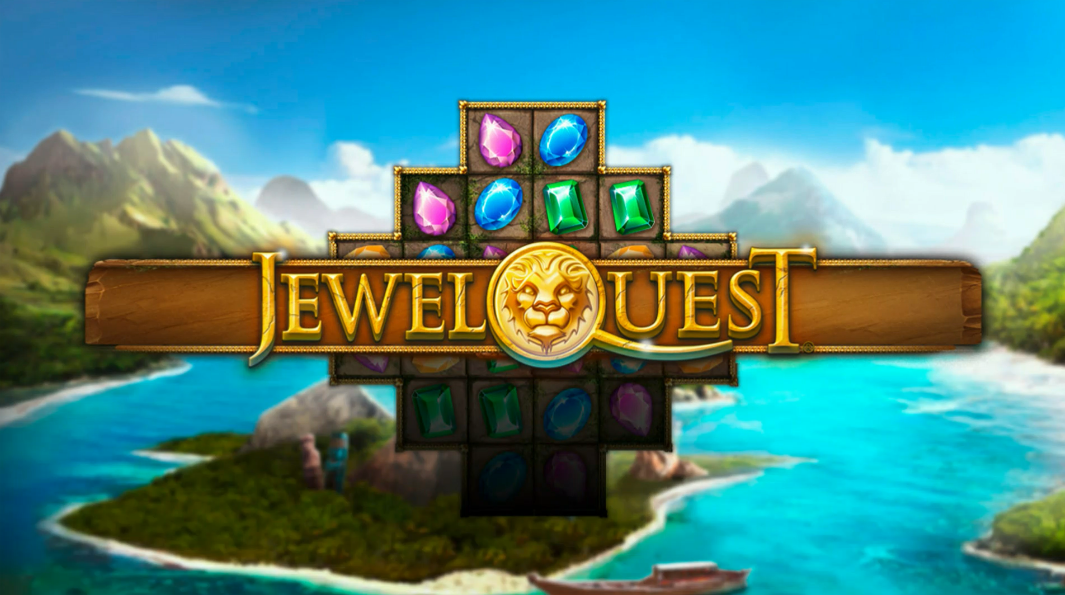 Jewel Quest will be releasing in Europe on July 21. It’s already out in North America.

“Jewel Quest for Wii U brings the classic Match-3 puzzle game to life in stunning HD! Solve 72 challenging puzzles through 6 fantastic, beautifully-rendered locations, each with its own unique, orchestral background music. Make matches of three (or more) of a kind to remove jewels from the board and turn the tiles behind them to gold, but don’t run out of time or moves before completing the board! Raise your level of play to achieve three stars on every level and see how you rank against your friends in the ultimate Match-3 challenge!” 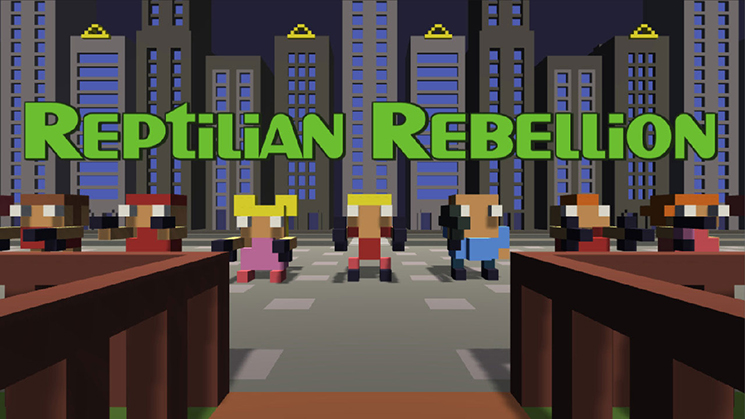 Reptilian Rebellion, which came out in Europe in May, is now ready for release on the eShop in North America. The game will cost $2.99.

“Wait, don’t you know what reptilians are? There are thousands of these green lizard-men living amongst us, human beings, but now they have become too dangerous and want to eat our brains.

Don’t let reptilians rule the world and send them to hell.

Choose between 10 cute characters with unique gameplay.
Kill counter, how many reptilians will you destroy?
Lot of different reptilians, vehicles and items.
Stop the New World Order!” 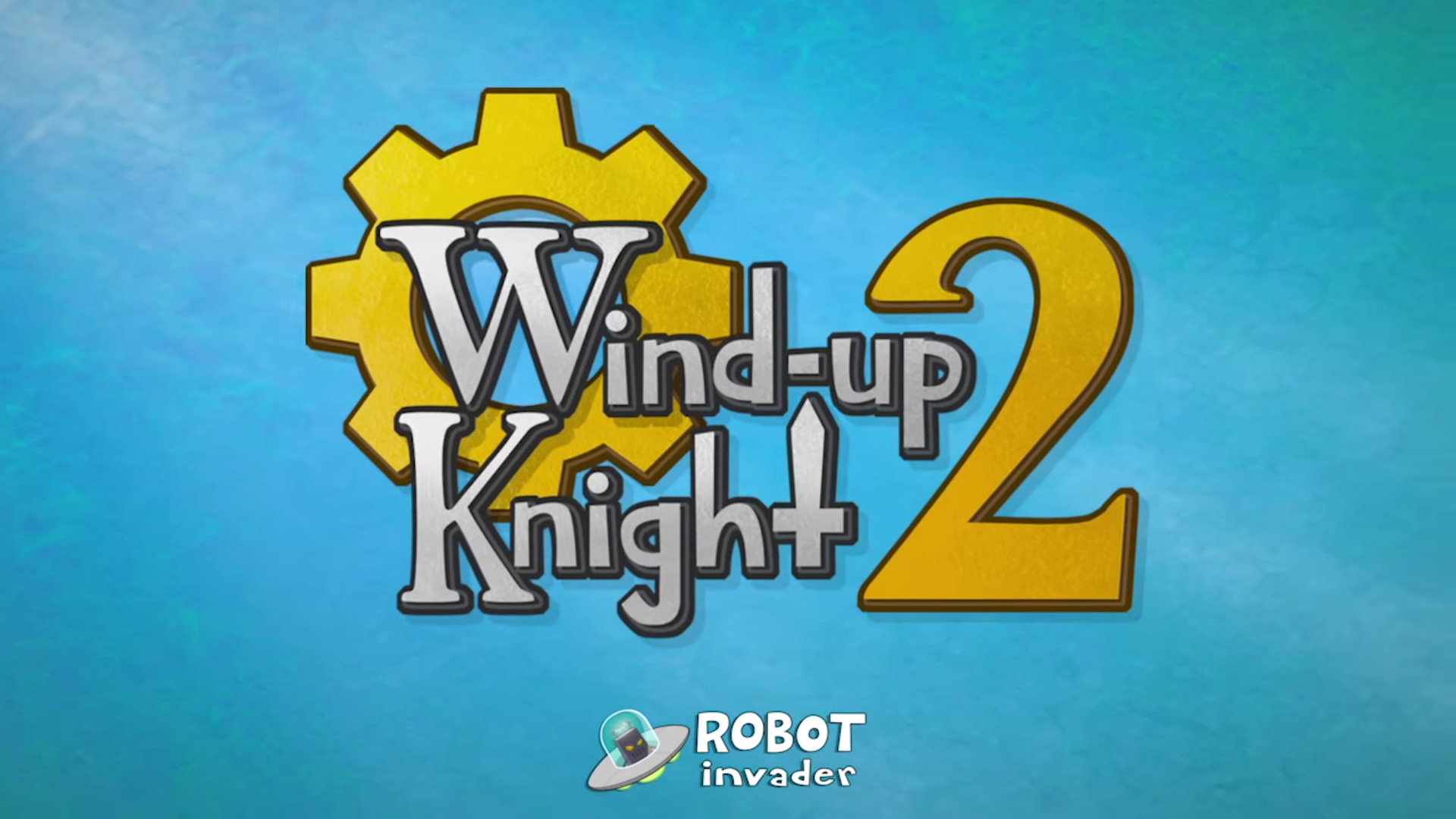 It has been announced that the New 3DS version of Wind-up Knight 2 is coming west and will release in Europe on July 21, with price set at €4.50. 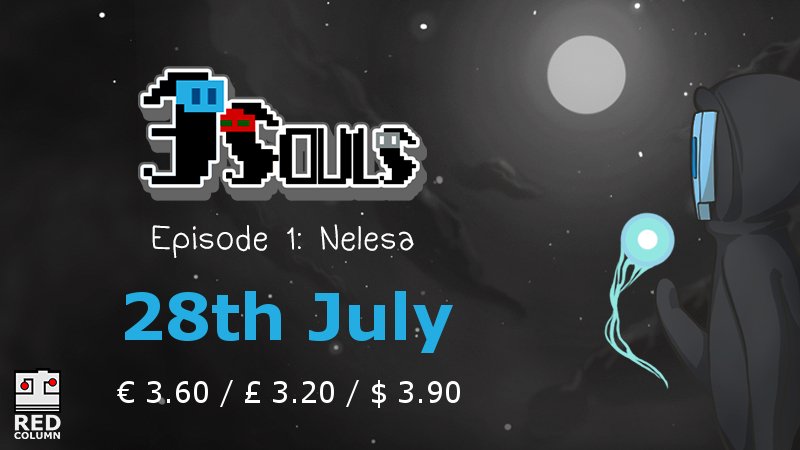 Red Column has announced that North America will be receiving 3Souls – Episode 1: Nelesa on July 28, just like in Europe. The game will go for $3.90 on the Wii U eShop.

Joindots is bringing its arcade / puzzle / action game Dragon Skills to the European Wii U eShop on July 28 for €7.99. 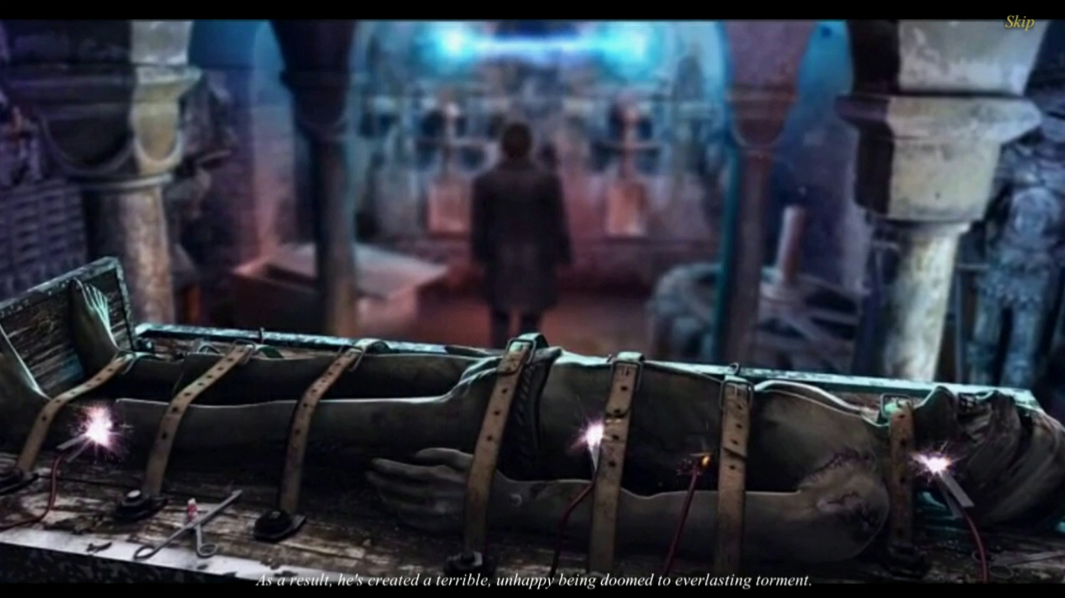 Joindots will also have Frankenstein: Master of Death out on the European Wii U eShop on August 11. The adventure / puzzle game will go for €7.99.

Here’s an overview of Frankenstein: Master of Death:

Victor Frankenstein, an old friend and a brilliant scientist has managed to resurrect the dead! However the border between life and death is fragile and Victor has learned the hard way that this balance should not be tempered with…

Face terrible monsters, overcome obstacles and solve clues. Save unhappy creatures from being a victim of an extremely inhuman experiment and stop the baron Igor.

Help restore the course of nature and save Victor and his wife, Elizabeth!
A new look into a classic story
Solve fantastic puzzles
Stunning 2k HD graphics

Circle Entertainment has announced that the North American launch of Adventure Labyrinth Story is targeted for August, after the game’s release in Europe on July 21.

A new announcement from Zordix mentions that the Wii U eShop version of Aqua Moto Racing Utopia is coming later this summer. It’ll sell for $29.99.

You can find a couple new videos for Aqua Moto Racing Utopia below:

Squad recently announced that Kerbal Space Program will be available this winter on the Wii U eShop.

For those who haven’t heard of the game before, here’s a summary:

Create your own spacecraft, launch it into space to explore the galaxy, and visit a vast amount of planets; assuming you can get it off the ground! Once you’ve made it to deep space, KSP lets you capture asteroids, launch mining programs to find resources across the furthest reaches of the solar system and build space stations around planets you discover.

– In Sandbox, where you’re free to build anything your imagination can come up with;
– Science Mode lets you perform scientific experiments and advance the knowledge of Kerbals to unlock new technologies;
– Career Mode, places you in control of every aspect of the space program including crew management, reputation building, as well as embarking on side missions called ‘contracts’ to earn funds and upgrade your space center facilities.

Kerbal Space Program was confirmed for Wii U last August, and will let players control their ship from the inside with the GamePad, which is exclusive to Nintendo’s console. Flight planning on the fly can be done with touchscreen controls too, and the ship can be steered with gyro motion controls. 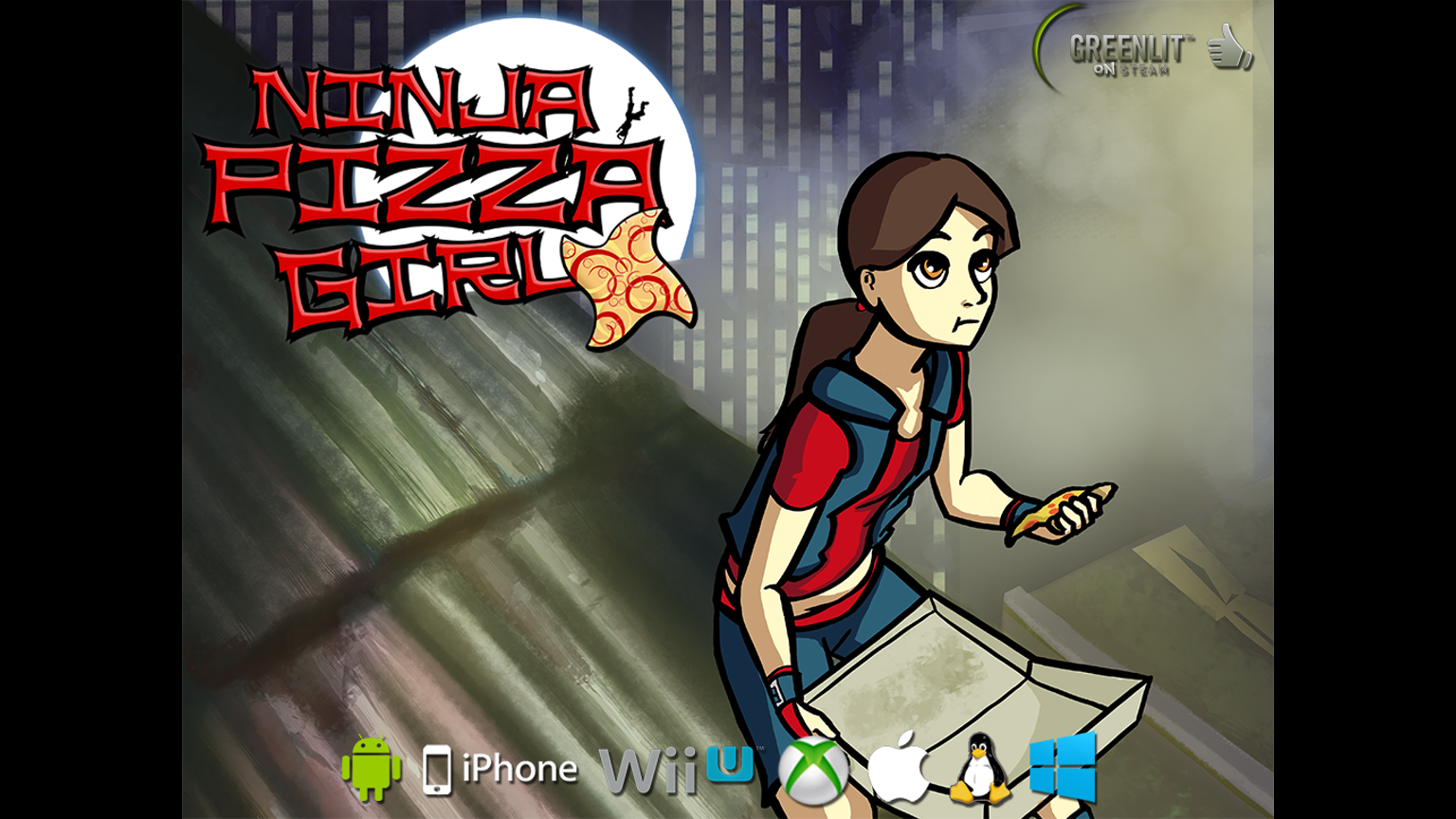 A recent Kickstarter update from Disparity Games indicates that the eShop version of Ninja Pizza Girl is coming soon to the Wii U.

Development on the Wii U version is said to be “very, very, very close to done but it still needs two more days of work before it’s ready to send to Nintendo”. That means Ninja Pizza Girl will take at least another month or so until it releases.

Here’s the full update from the team:

Hello WiiU people! Brace yourselves for FULL DISCLOSURE as we peek behind the curtain of game development. We have a working WiiU build. It’s great! It supports the pro controller, the wiimote (my favourite controller to play NPG on, it’s lovely and old-school and just feels great), the gamepad and it allows for easy swapping between the TV and gamepad screen. It’s very, very, very close to done but it still needs two more days of work before it’s ready to send to Nintendo. The first chance we have to work on it for two days is this Saturday so we hope to be sending Ninja Pizza Girl to the wizards at Nintendo on Sunday. It then has to be rigorously checked by Nintendo, approved, and much, much paperwork filled in. I think Pikachu has to personally sign off on everything, I’m not too sure what goes on there really. When that’s all done we’ll have an official release date and can finally fill your lives with warm, wonderful Ninja Pizza Girl goodness. We can’t say for sure how long this process will take but based on our experience with other platforms our best guess is about 30 days. Starting from Saturday we’ll give you updates for each step of this process so you can see exactly what’s happening and share the last trek of this very long road with us.

Bergsala Lightweight will soon bring Psycho Pigs to the 3DS eShop. According to the game’s website, there should be a July release for both North America and Europe, at a $7.99 price point.

Psycho Pigs is heavily based on Jaleco’s classic arcade game called Butasan. The game has players throwing bombs at pigs to blast them out of an arena. It features different types of bombs, power up items, modes, and multiplayer.

You can find out more about it here, and watch a trailer below:

Nami Tentou’s Christopher Arnold has confirmed on Twitter that PSIBO is finally done, and has been submitted to Nintendo for lot check. That said, the game should be coming out relatively soon.

In case you haven’t seen it yet, here’s the trailer for the game:

Lucky Mountain Games has been working on Racing Apex, a game that takes inspiration from early 3D polygon arcade titles. It features a variety of racers, modes, tracks, and items along with the ability to upgrade and repair your car.

Lucky Mountain Games has now confirmed that there are plans for an eShop release. Since it’s due out on PC soon, the Wii U version might not be too far behind.

You can find more information about it on the official site over here.

You can also watch a couple videos showcasing the game below:

NintenDaan managed to interview a couple of developers from 13AM Games at E3: Dave Proctor and Alex Rushdy. You can find the full discussion below, where the two talk about Runbow Pocket, and even tease a little about when we’ll hear about other future announcements.

Nintendo World Report recently shared some footage from the console version of DrinkBox’s Severed, which they captured at E3 while talking to the game’s devs. You can find that developer interview and some gameplay in the videos below:

Flyhigh Works has released a new Japanese introduction video for Fairune 2. You can watch it below:

Cragworks has released a launch trailer of its Wii U eShop indie title BLOC. Check it out below:

The initial release of the game will take place in September, but the Wii U version will have to follow “as soon as possible after that”.

Meanwhile, you can watch the new trailer for the game below:

Prismic Studios has prepared a new trailer for Gnomes vs. Fairie which you can find below.

Work on the game as a whole is also now complete, and the studio has now moved on to development of the Wii U version specifically.

Journey to Kreisia is now available on the North American and European 3DS eShops. As such, Kemco has released a launch trailer for the game, which you can find next:

Power Disc Slam was revealed for 3DS at the end of 2015 and still remains in the works.

A new trailer showing Chequered Cow Games’ progress has been posted though, and you can watch it below:

Tumblestone is out now on the Wii U eShop, and requires 871MB of disk space to be downloaded.

You can also find a new features trailer below, followed by some gameplay footage.

Below you can find some gameplay footage from various games that were recently released on the eShop.