Here’s a summary of the most relevant news from today.

Basic info about the game:

– Game file size = 1.4Gb;
– Save file size = 80Mb;- Supported Controllers: GamePad, Wii U Pro Controller, Wii Remote, Classic Controller;
– You can save up to 120 courses in the game;
– Will be compatible with all released and announced amiibos, except for the Mii Fighters;
– Has over 99 amiibo costumes, and players will be able to obtain them without amiibo by playing through the 100 Mario Challenge. 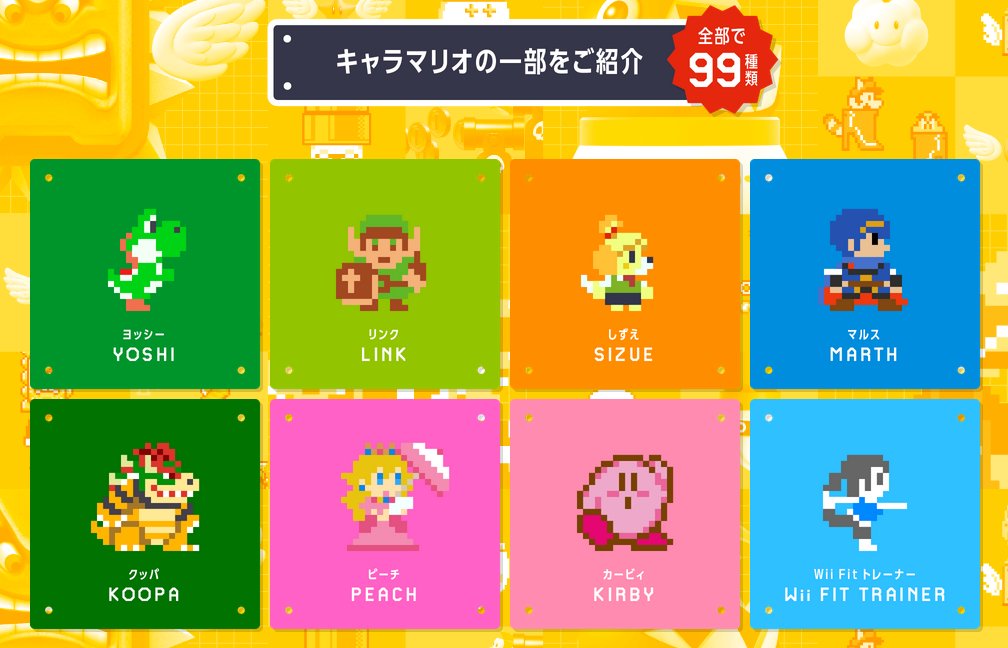 Nintendo is also releasing two Wii U bundles in Japan similar to the European one, one containing the Classic Colours Mario amiibo and another without it. 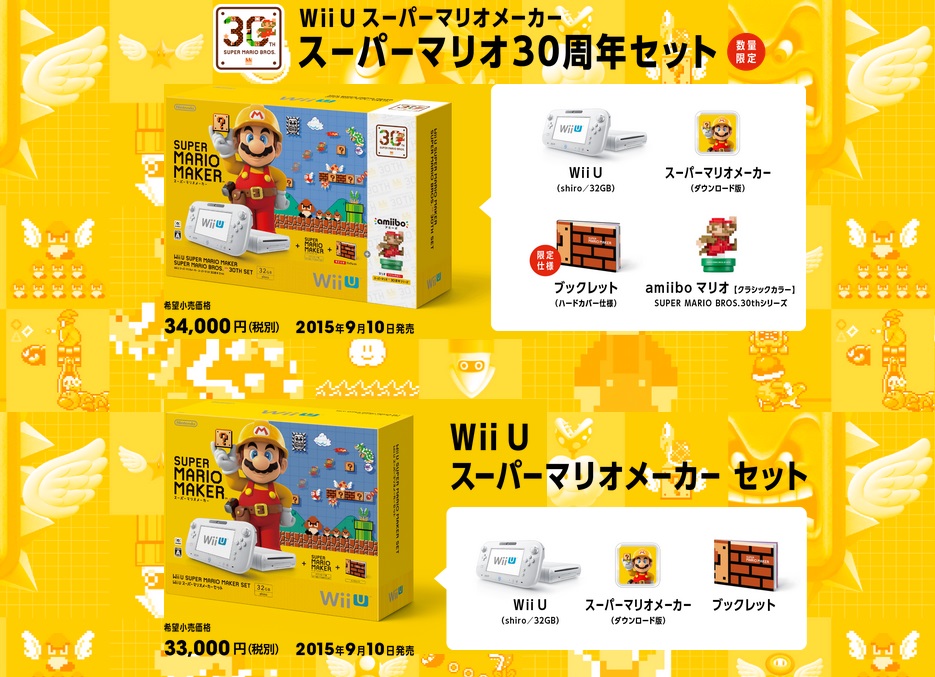 Yesterday and today, Nintendo held the Super Mario Maker “hackathon” event at Facebook’s headquarters, where they will be selecting one level created by a Facebook employee that will be made available for download at the game’s launch.

You can find some photos from the event below, in addition to a new promotional video recently uploaded to the Japanese channel.

Another addition to the impending large update are “Private Matches”, a mode where you can enjoy free play online with your friends.

The number of players can be between 2 and 8, with the rules, stage, and team organisation being set as you like.

Be aware that you won’t receive any points for playing in a Private Match, victories and defeats won’t affect your skill level or rank.

You can also set a password, so you can be a little more careful about which friends can and can’t join.

Nintendo also uploaded a new video to their Japanese channel showing off Splatoon’s new Slosher weapon in action. You can watch it below:

With the release of the game, we are now able to take a look at some of the costumization features available.

Check the pictures in the gallery below:

Nintendo also announced today that a brand new update is soon coming to Super Smash Bros. for Wii U and 3DS.

Here’s a list of the various things that will be made available on July 31st:

Apparently, more costumes and information will be revealed via the official Smash Bros. Twitter account tomorrow as well!

You can view some screenshots from the additions listed above in the gallery below:

Additionaly, a rumour also showed up at 4Chan saying that a Dr. Mario stage is in the works, and can supposedly be added with this DLC batch. If that is the case, it might be one of tomorrow’s announcements.

Here’s some pictures posted with the rumour:

Check it out below:

This week’s Famitsu scans are now online too.

You can find them all in the gallery below:

And that’s all for today’s main news! Enjoy!