Ship Love was the winning level of the event and will be made available as a free download when the game launches on September 11.

Nintendo’s Kit Ellis posted a picture of the level too: 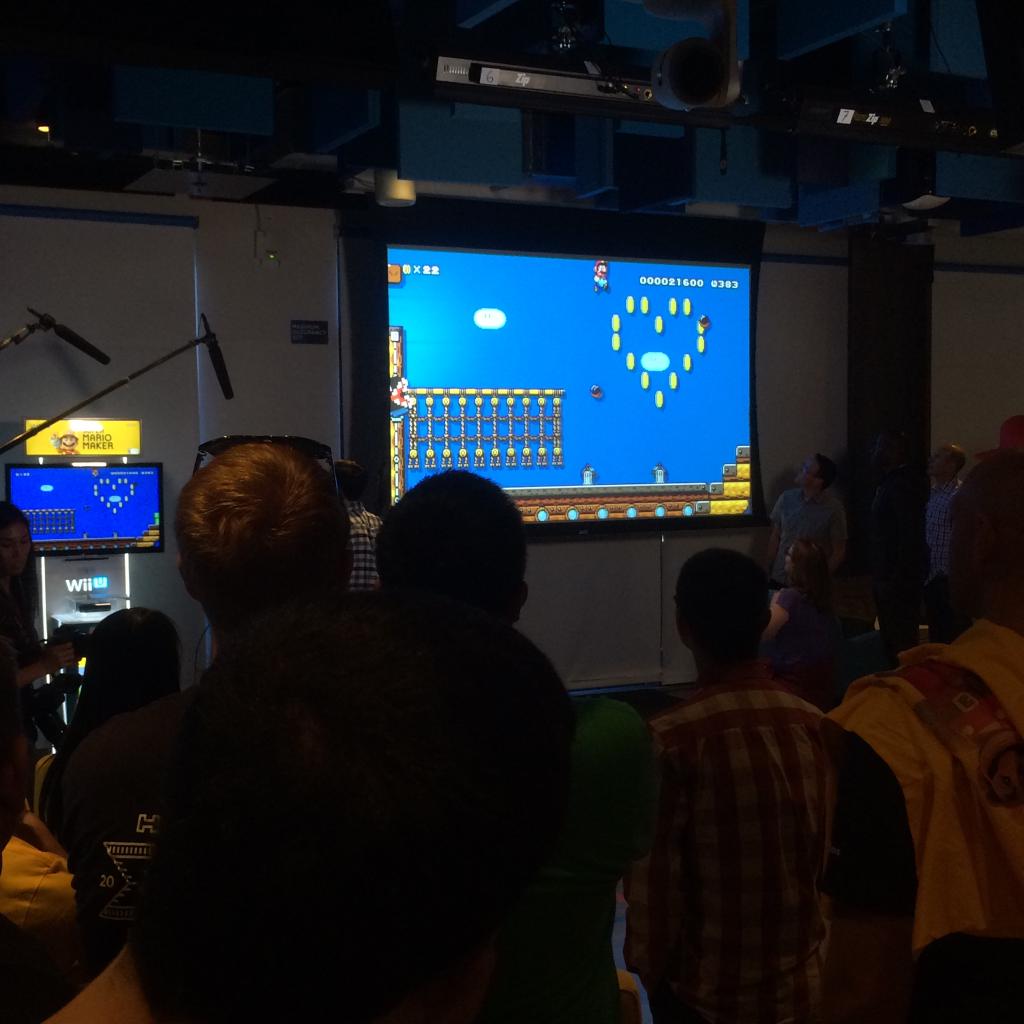 TechCrunch also released a video of the event:

Nintendo confirmed today that the Villager amiibo unlocks a Golden Villager Trophy in the game. 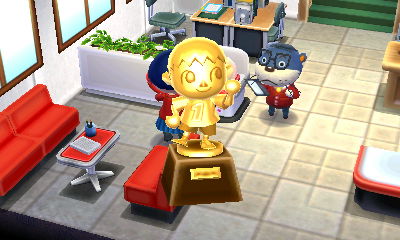 They also confirmed there are plans to release 400 amiibo cards, in collections of 100. 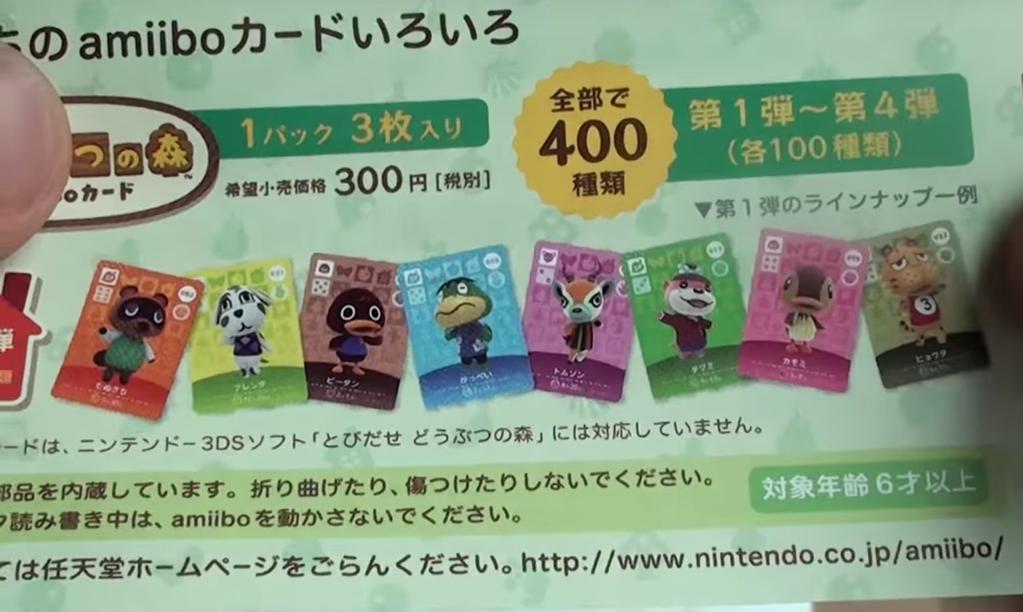 Additionaly, we now know that the NFC Reader/Writer Accessory is not region locked and works with all 3DS’.

Here’s a translation of those:

On the morning of Friday, July 31st, we will be releasing an update for Smash Bros. for Wii U and 3DS. In addition to Tourney Mode (Wii U) and Replay Uploading, we will also distribute new premium DLC (Mii Fighter costumes, Stages).

In Tourney Mode, players compete to win points over a set period of time. Players can create their own tourneys and adjust the rules as they like. We will also be holding tournaments for players to compete for the top spot. Tourney Mode will be available for free.

New Costume (Swordfighter) – Chrom (Fire Emblem: Awakening)
Translation: A faithful recreation right down to the Brand of the Exalt on his arm. Unsheathe your Falchion and show Marth who the real Hero King is! Available 7/31.

New Costume (Brawler) – King K. Rool (Donkey Kong Country)
Translation: A vivid recreation, from the bulging eyeball to the glimmering crown. Put this on, and you’ll feel like King of the Kremlings! Available 7/31.

Translation: But that’s not all! We will be distributing more Mii Fighter costumes in addition to the ones we have shown today. Check back here tomorrow for more info!

Uploading Replays
Translation: In the 7/31 update, you will be able to upload footage of your battles to YouTube and Miiverse!
*Players must set up a Google account and YouTube Channel in order to upload replays.

New Costume (Gunner): Bear Suit
Translation: Introducing a full-body bear suit! A curious little cub poked its paw into the honey pot…and it got stuck! Luckily, that jar makes for a great gun, too! Available 7/31.

New Costume (Brawler): Flying Man (MOTHER)
Translation: This little birdie has flown straight out of the MOTHER series and right into Smash! The bold contrast between red and yellow is sure to draw everyone’s eyes. No need for a tombstone because you’ll be the one dishing out KOs! Available 7/31.

You can find the remaining costume screenshots not covered yesterday in the gallery below:

Family Gamer TV had Splatoon co-director Tsubasa Sakaguchi answer some questions from kids that have been playing the game. You can watch the video below:

Capcom released some new screenshots from Monster Hunter Diary: Poka Poka Airou Village DX. You can view them in the gallery below:

Capcom has now released the third DLC episode for The Great Ace Attorney in Japan.

You can find some screenshots from this DLC below:

Square Enix announced today that Final Fantasy Explorers is coming to the West, with release planned to January 26, 2016 in North America and January 29, 2016 in Europe.

You can find an official overview, trailer and screenshots below:

Either through solo play or with up to three other Explorers, players can dive into dungeons to collect crystals scattered throughout the world while battling classic FINAL FANTASY® enemies.

FINAL FANTASY EXPLORERS focuses on cooperative play with friends and utilizes a refined party system allowing Explorers to master over 20 new and familiar jobs—including Knight, Monk, Black Mage and White Mage—to defeat the realm’s mightiest monsters and even recruit them for battle. Players will have the ability to call upon the powers of eidolons like Ifrit and Bahamut, as well as transform into other legendary characters from the FINAL FANTASY series via the Trance feature.

The multiplayer functionality is enabled through the Nintendo 3DS system’s wireless communication functions.

Story
The world is on the brink of war over its reserves of crystals, the planet’s chief source of power. Players must band together to form an elite squad of Explorers on an island rich in crystals, braving hordes of monsters in hopes of conquering a newly discovered Grand Crystal – every Explorer’s dream.

Square Enix recently unveiled Dragon Quest XI and when we saw the game it featured two perspectives, with the top screen showing the game in 3D, while the touchscreen had a classic 2D sprite look.

Turns out that, according to this week’s issue of Jump, the game only shows both perspectives during the game’s intro scenes, and you will have to decide which one you want to play with after that. The two styles will be interchangeable at any time though. 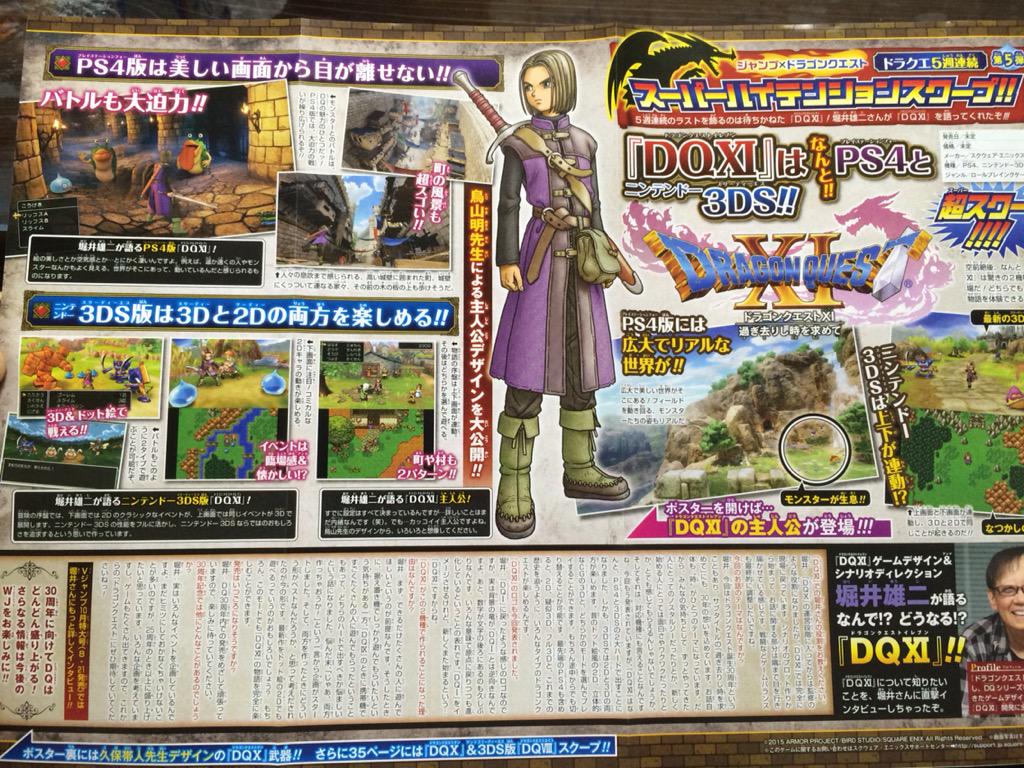 Nintendo and Level-5 announced earlier today that free add-on content for the game will be released via SpotPass on a weekly basis until June 2016. The free content in question includes LBX cards, quests and capsule toys, in addition to some LBX models that will only be available via connecting to a Nintendo Zone. This DLC program has been announced for Europe only, but it seems likely it will be supported in America too.

You can also find some new screenshots from the game below:

Marvelous Games confirmed today that Senran Kagura 2: Deep Crimson will be released in Europe and Australia on August 27th.

Here’s an overview of the game and release bonuses, in addition to a new launch trailer:

London, UK – 30th July, 2015 – Marvelous Europe is proud to announce that ‘SENRAN KAGURA 2: Deep Crimson’ will launch in Europe and Australia for Nintendo 3DS on 27th August 2015! The exclusive pre-order campaign is drawing to a close and the limited edition packs including the ‘Happy Boobs’ and ‘Ultimate Shinobi’ edition complete with ‘oppai’ 3D mouse mats are all but sold out!

To commemorate this occasion, Marvelous Europe is happy to announce that all existing and new orders of SENRAN KAGURA 2: Deep Crimson on the official website will receive a pack of five collectable art cards as a thank you gift to all patrons. These cards feature high quality art of the ‘Yoma’ bosses that you will face off against in SENRAN KAGURA 2: Deep Crimson. A brand new trailer has also been created, linked below for your viewing pleasure! 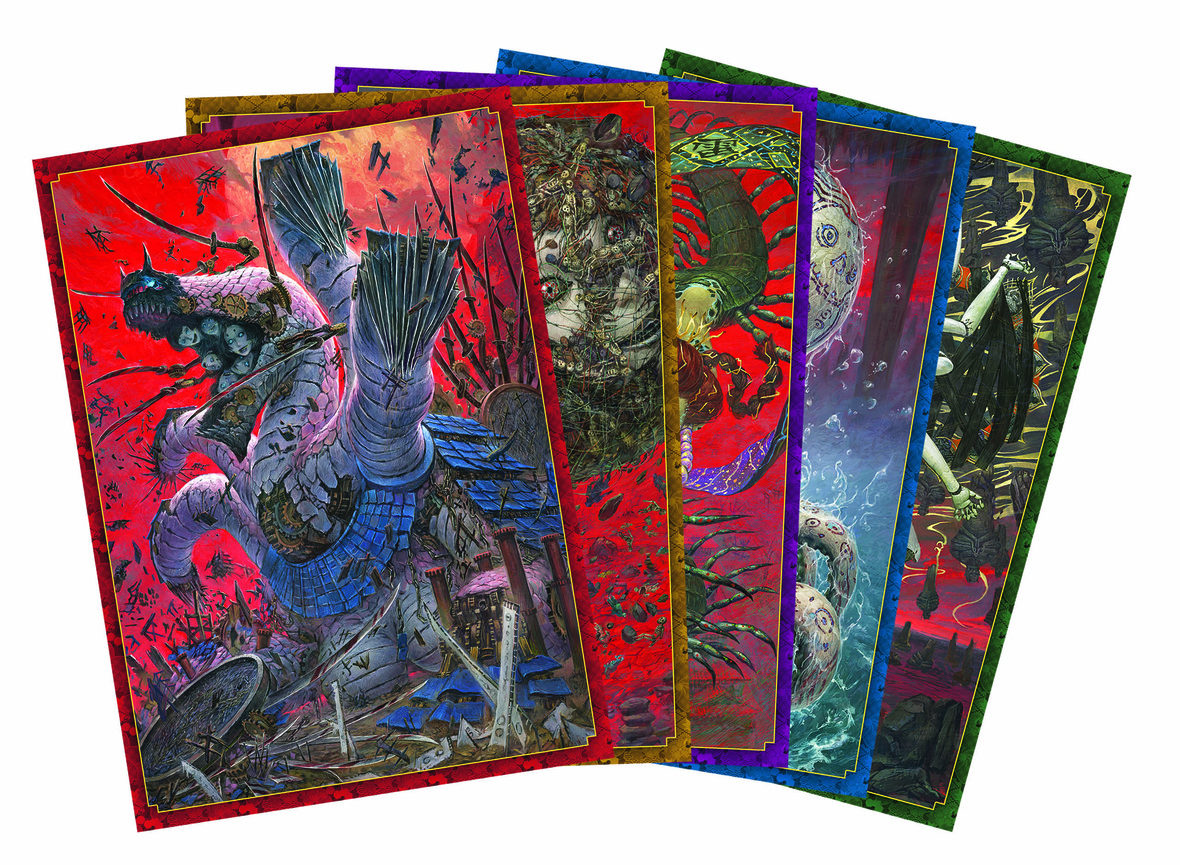 The pre-order campaign has already been running for the last 4 months where fans have been able to snap up various versions of the game including special limited edition skus which are being sold exclusively through Marvelous Europe’s dedicated site, which can be found at www.senrankagura2.com. That’s right, these will not be available in shops.

Improved graphics and stellar audio – The graphical improvement from ‘Burst’ is dramatic, with full 3D environments, improved animations and a better framerate! This is combined with original Japanese voice-overs to create a gorgeous experience all-round.

Local & Nintendo WiFi Co-op mode – For the first time in the series, two players will be able to join forces and play the story or special missions together via ad hoc multiplayer or online.

Improved Dressing Room – The dressing room is stocked with hundreds of items, and this time up to two shinobi can be present in the dressing room at once! Also, for the very first time in the series you can pose the girls in a variety of positions, and even pose them in real life environments using the Nintendo 3DS’ built-in camera!

SENRAN KAGURA 2: Deep Crimson is developed by Tamsoft together with Marvelous Inc. of Japan for the Nintendo 3DS system. In Europe the game will be published by Marvelous Europe. XSEED Games will be publishing the title in North America shortly afterward, both digitally via the Nintendo eShop as well as phyiscally in a limited run “Double D” retail release which will include a two-disc soundtrack. For more information on the North American release, please visit www.xseedgames.com.

And that’s all relevant news for today. Enjoy everyone!