According to them, the game gathers four pairs of tagged people with similar ranks, and then the pairs are randomly distributed to make two teams of four.The system also seems to take into account uneven numbers of players.

These pictures posted on the account should make it easier to understand: 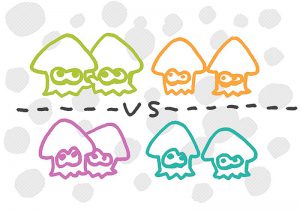 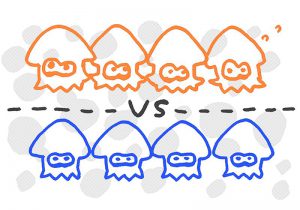 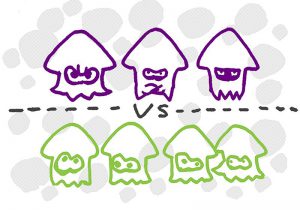 In addition to these details, Nintendo has now uploaded a new song that will be made available with the upcoming August update. The song is called “Hooked” and is performed in-universe by the band Hightide Era.

In their recent update announcement, Nintendo also teased a sushi-chef costume as one of the upcoming outfits. Taking into account the outfit below won the Famitsu Fan-made Costume Contest back in June, it is probably the one they are talking about and will be added to the game once the update is up! 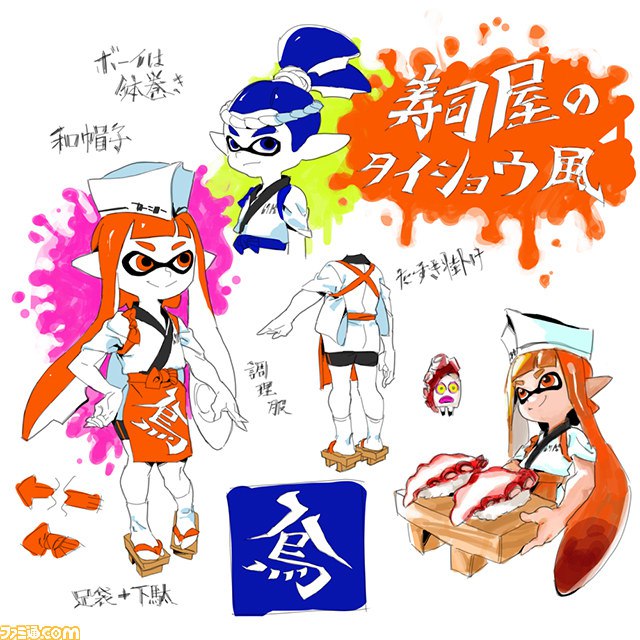