Atlus sent in a new Stella Glow video today highlighting the witch tuning system in the game. You can find the video below, along with their official overview of the system. 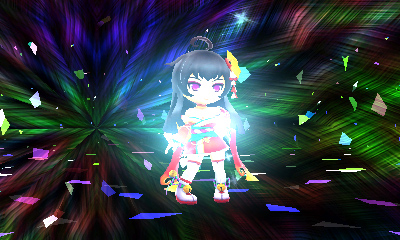 Seriously, though. Unlock the Witches’ Maximum Power by Tuning Their Hearts!

Stella Glow , the upcoming strategy RPG published by ATLUS and developed by Imageepoch (Luminous Arc series) has a curious mechanic in it: witch tuning.

If you’ll recall, the game centers around the five witches of the world (4 good, 1 bad…when you’re called Hilda the witch of Destruction, you get pigeonholed, I guess) and their use of song magic. They are the only ones left in the world that can wield this magic, and what good is a song if it’s out of tune?!

That’s why Alto, the game’s protagonist, has the ability to literally “tune” the witches. In doing so, he’ll enter the witch’s heart and have to combat all the anxiety, fears, and nightmares plaguing her psyche.

And because Stella Glow operates on a revolving cycle of Free Time/Mission Time, players will have to make crucial decisions to build bonds with the witches they choose in order to gain enough trust to Tune them.

Witch tuning is one of several game mechanics at play in the overarching story of Stella Glow, coming out this holiday season!