The Nintendo Treehouse recently held a Splatoon tournament, which you can watch below:

During said tournament, it was announced that the Mahi-Mahi Resort map would be joining the game’s map rotation soon, with it now being available for everyone. You can find an overview of the map in the video below, courtesy of Nintendome:

The next European Slapfest has now been announced too. This time, players will choose if they like putting pineapples on pizza or not. The event will be held next Saturday, December 12th at 19:00 CET, as announced on Nintendo of Europe’s Twitter account. 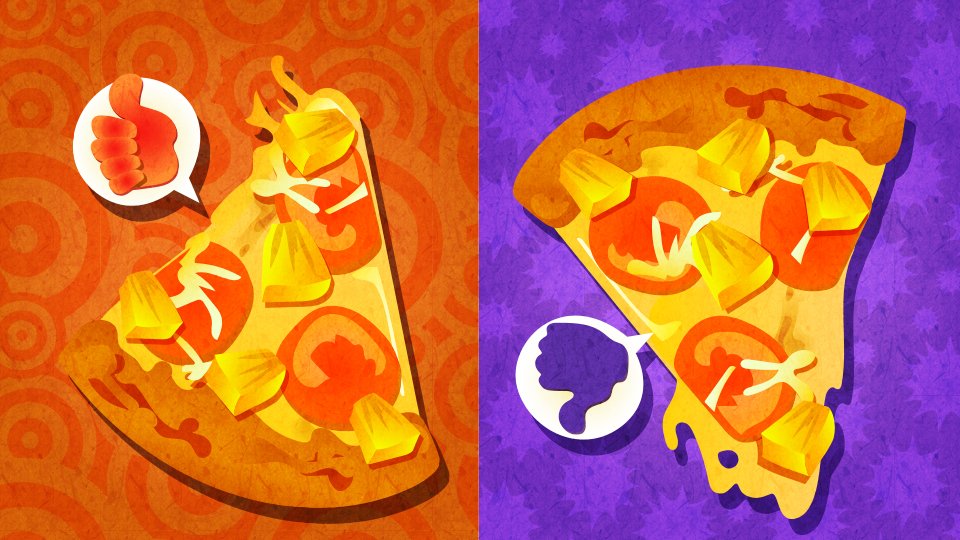 Finally, the results of the 8th North American Splatfest are now in and you can check them below: 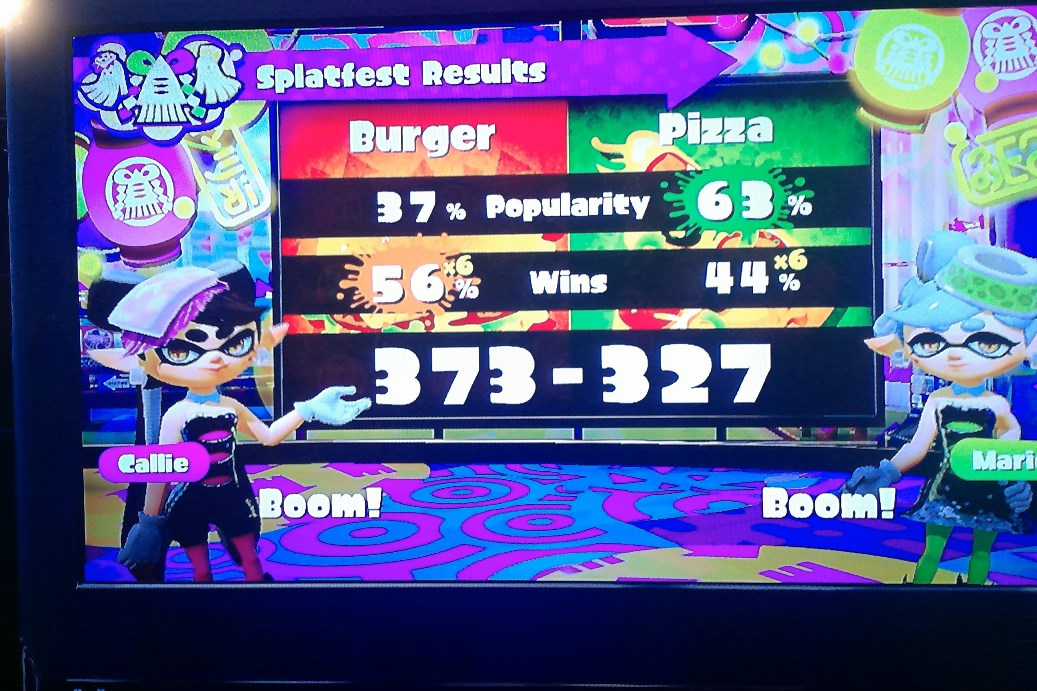 Nintendo recently added a new Event Course to Super Mario Maker, made by the developers of Mario & Luigi: Paper Jam. If you beat the course of the same name you’ll be rewarded with the Mario Trio costume. You can find an overview of it below and a trailer for the costume.

“Mario and Paper Mario have teamed up! (Oh yeah, and Luigi too.) Is any foe capable of withstanding their combined powers?! Thus begins the quirky, fun-filled story of Mario & Luigi: Paper Jam, and now you can play as that unbeatable trio right here in Super Mario Maker too!”

The Japanese version of Animal Crossing: Happy Home Designer has recently been updated with the previously mentioned Nintendo items. You can check them out in the video below, courtesy of GameXplain:

Nintendo has now launched the update for The Legend of Zelda: Tri Force Heroes, which takes 1100 blocks in your console. You can find an official list of the 2.0.0. patch notes below:

– 2 new outfits will be added.
These will be unlocked after clearing certain requirements in the game.

– A new method for obtaining Friendly Tokens will be added.
Friendly Tokens can be obtained from the street vendor after Princess Styla’s curse has been lifted.

– Adjustments will also be made to make for a more pleasant gaming experience.

If you live in Europe and still haven’t given the game a try, you can now download the online demo and take for a spin too until January 10.

Meanwhile, Koei Tecmo has released a new trailer for Hyrule Warriors Legends, this time showcasing Linkle. Check out the trailer below:

With the release of Xenoblade Chronicles X during the week, we got another batch of trailers and gameplay videos from Nintendo which you can watch below:

Additionally, Digital Foundry has published a technical analysis on the game, going over its performance, frame rates, loading times and some of the techniques used to prevent the game from slowing down. According to them, Xenoblade Chronicles X is “one of the most polished open world experiences we’ve encountered in quite some time – even in the face of obvious technical compromises”. You can find the analysis video below:

Finally, Gamereactor has recently published a new interview featuring Xenoblade Chronicles X senior director and chief creative officer Tetsuya Takahashi, where he discusses player feedback, where he’d like to take the series next and Monolith Soft’s relationship with Nintendo, among other things. You can read the interview over here.

In this week’s issue of Famitsu, we get a look at what seems like another party member in Genei Ibun Roku #FE. His name is Ken Yashiro and he is a famous singer. Some brief glimpses of him have been seen before in some of the game’s trailers, but he hadn’t been officialy revealed until now. His Mirage is the swordsman Nabarl, one of the characters that accompanied Marth during his adventures in the Fire Emblem games he’s featured in.

One of the trailers recently released by Nintendo in Japan, features this new character, while the other is an introduction to the game, showcasing some details about the story, setting and gameplay. You can watch both below:

Pokkén Tournament’s Twitter account recently teased that two announcements will be made in December 10. One of them will be the fan-selected support Pokémon and the other a brand new playable fighter, containing the Japanese character for “n” in its name. Although not confirmed yet, it’s looking likely that this new playable character will be Sceptile, and Electrode and Farfetch’d will be added as support Pokémon, if we take into consideration the photo below, featuring Shoko Nakagawa the presenter of Japanese Pokémon variety show Pokénchi. 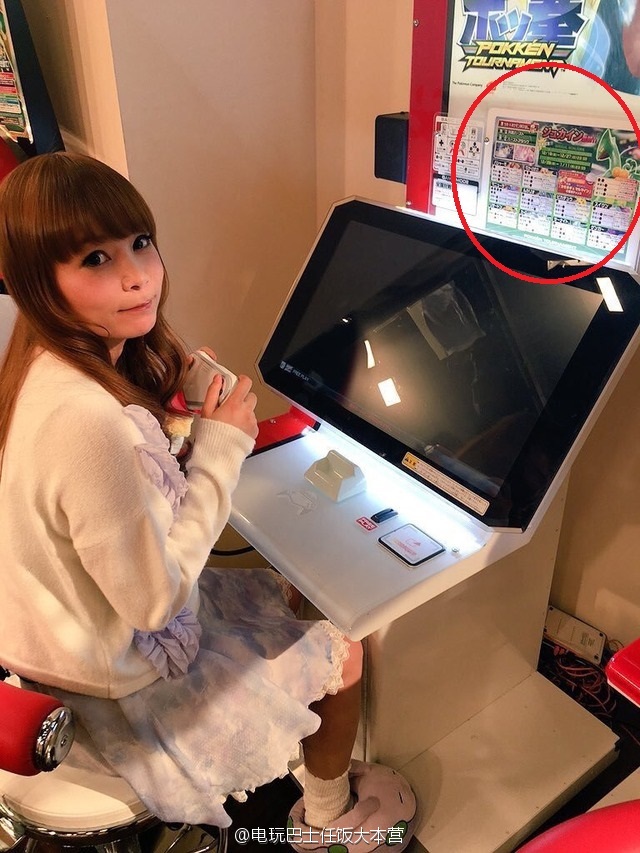 Pokemon Rumble World recently got a retail release in Japan that essentially removed the “free to play”-aspect of the game. Nintendo recently announced that Pokemon Rumble World will also get a retail release in Europe on January 22nd, 2016. Although nothing of the sort has been announced for North America yet, it’s likely we will hear about it sometime in the future. You can find an official press release for the game below: 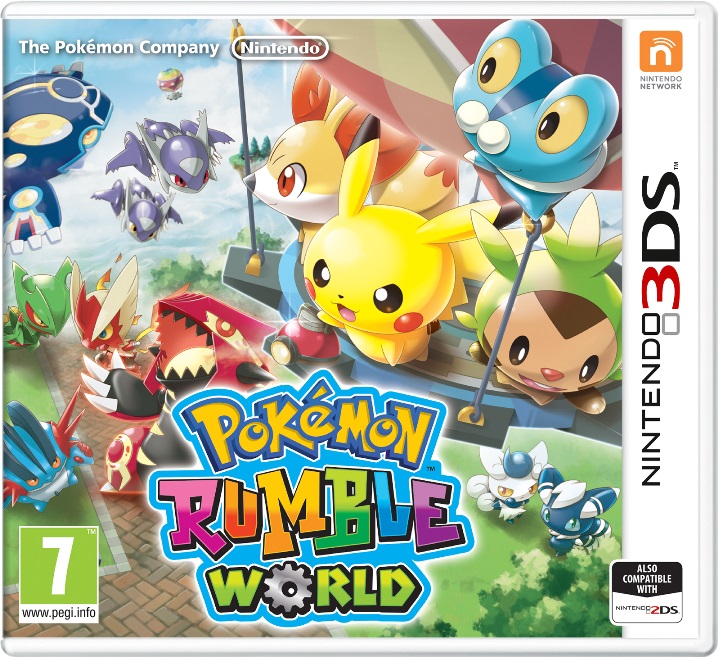 3rd  December, 2015 –Pokémon Rumble World is set to launch across Europe as a packaged game starting January 22, 2016 for Nintendo 3DS family of systems. Originally released as a downloadable game on Nintendo eShop in April of this year, this packaged version will provide the full Pokémon Rumble World experience, alongside a number of features reconfigured especially for this packaged version of the game. This adventure in the wonderful world of Toy Pokémon does not feature any additional paid for content.

As you begin to explore the kingdom of toys in the guise of your Mii character, the king greets you and explains his frustration at having only one Pokémon. In contrast, he knows a mysterious magician who has 10 of them! The king is upset and enlists your help in collecting more Pokémon than the pesky magician has, thus showing him a thing or two about collecting Pokémon! Accompanied by the king’s own Pikachu, you embark on your heroic voyages via hot-air balloon to places where wild Toy Pokémon await discovery!

You, along with your Personal Mii, will collect Pokémon through thrilling gameplay, challenging stages and by collecting essential items. Every existing Legendary Pokémon can be discovered and collected, with Mega-Evolving Pokémon joining the battles. Plus, your Adventure Rank will increase the more Pokémon you collect.

Not only Pokémon appear in Pokémon Rumble World. Your Mii character appears, as well as the Mii characters of players you pass, leading to adventures for Pokémon and Mii characters together. You can enable this mode by connecting their Nintendo 3DS or 2DS system to the internet and activating StreetPass. Then Mii characters from near and far are able to visit one another’s games and provide mutual support in future battles.

Released during the week on the European Wii U eShop, Kirby: Power Paintbrush and Kirby: Mass Attack are now available as Virtual Console titles. Check out the trailers below: 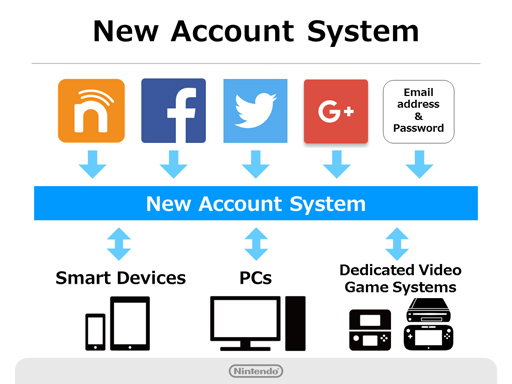 You can register for it using your existing Nintendo Network ID or your various social media accounts such as Facebook and Twitter. European, Australian or North American NNIDs won’t work though. Also, take note that this is NOT My Nintendo, the successor to Club Nintendo. That is scheduled to launch next year.

Until February 1st, there’s a promotion where you get back 100 yen for every 1000 yen you spend on the Nintendo eShop.

Finally, Nintendo also updated its official Japanese website. Together with a new visual design, you can now buy games there and have them downloaded directly to your Wii U or 3DS. They also added a new blog page called Topics where announcements will be made, much like the European site’s News page.

Nintendo also shared in a statement that Nintendo Accounts won’t be ready for Europe, Australia and New Zealand until March. That likely applies to North America as well, although it wasn’t mentioned. As for the Japanese launch, Nintendo said the following:

Nintendo Minute – Game of the Year

Kit and Krysta continue their Game of the Year video series and tackle three more categories in the latest episode of Nintendo Minute. These include the best (worst) enemy, best eShop game and best soundtrack. You can view it below: 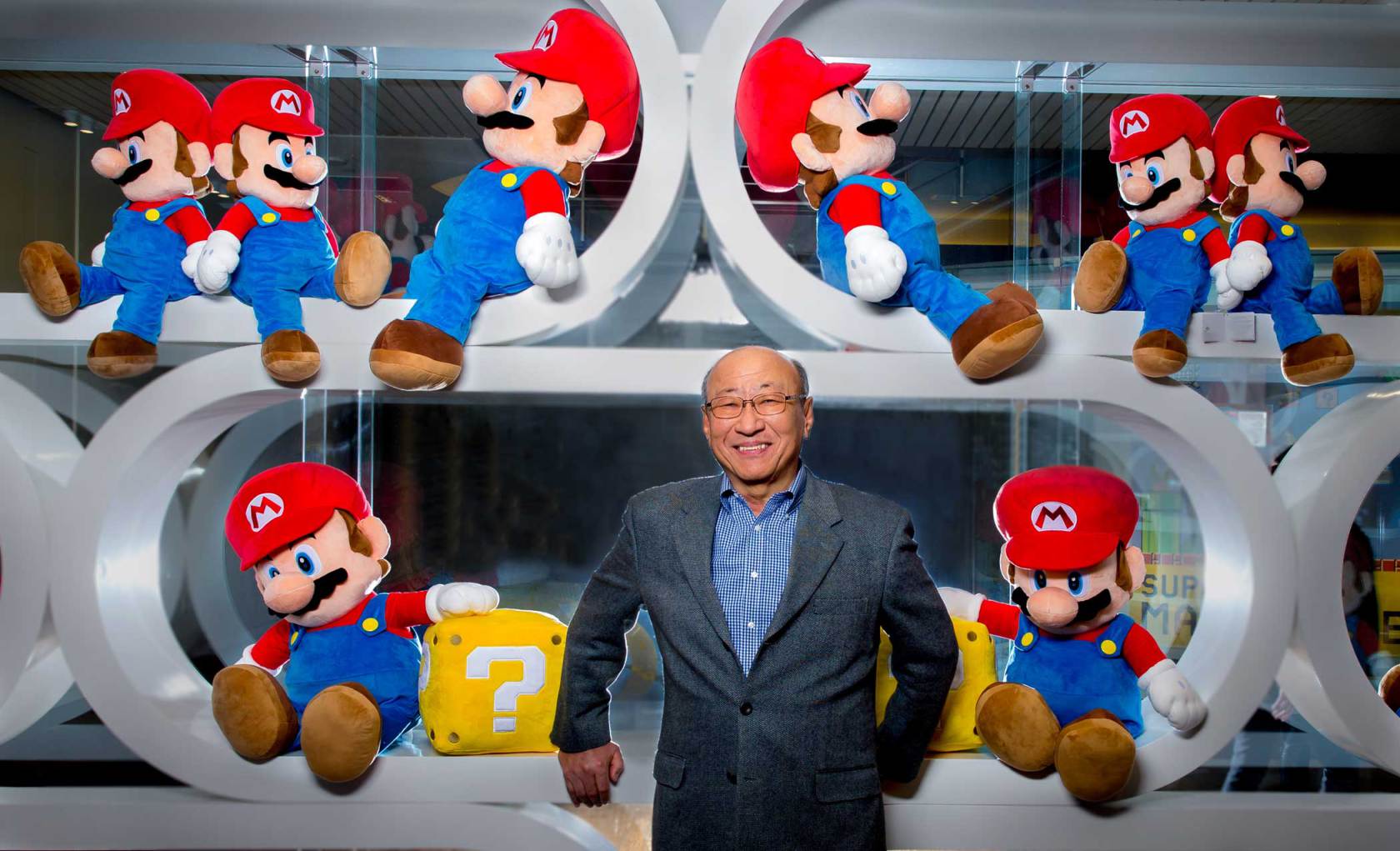 In the first piece, an interview, Kimishima talks about several topics related to Nintendo’s current and future endeavours, including Nintendo Account and My Nintendo, Miitomo, Wii U support, amiibo, the new “fellow” positions at the company and IP, NX and how long he plans to stay around, among other things. Make sure to check it out over here.

The other piece, is an article focusing on Kimishima’s life and career at Nintendo, what he did in the past and the challenges he faces next as the head of the company and Iwata’s successor. You can this one over here.

Another interesting Nintendo patent has been recently uncovered. Last June, Nintendo filed a trademark in the United States database for “Supplemental Computing Devices For Game Consoles”. It’s essentially about increasing the speed or quality of the gaming experience in a cloud gaming scenario.

If you are interested in this, check out the remaining info and some diagrams over at the NeoGAF thread.

I find it very interesting, and think it could be somewhat related to the direction Nintendo plans to take the NX in. It basically would allow players to (in theory) infinitely power-up their consoles to achieve better performance through this add-on device, while giving them a chance to share that device’s resources through the cloud, while it’s not in use, to power up other players games, giving the owner credits and benefits for doing so. It would be pretty awesome to see, if Nintendo finds a way for it to work, that is…

Nintendo at The Game Awards 2015

Nintendo was once again present at this year’s The Game Awards presentation, which you can watch below, courtesy of IGN:

Nintendo won three prizes in total, these being:

Also, during the show, late Nintendo president Satoru Iwata was honored with a tribute and touching speech from Nintendo of America’s Reggie Fils-Aime. You can watch the moment in question below: