Square Enix has announced it is ending the Dragon Quest Monsters: Joker series with the release of Dragon Quest Monsters: Joker 3 Professional, which launches in Japan next February. The latest issue of V Jump mentions that this latest title will be the final adventure and “grand finale” of the series, and that no additional games will be created.

The Dragon Quest Monsters: Joker series started out with a DS title a decade ago. The first two titles were even localized for North America and Europe, but the third one isn’t available in those regions yet.

You can find the relevant V Jump scan below. 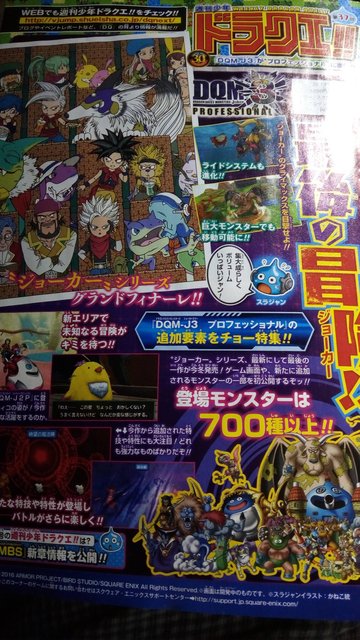 According to the company, Monster Hunter Generations was able to move another 800,000 units, now totaling 4.1 million copies, and experienced “solid sales overseas”. Additionally, Phoenix Wright: Ace Attorney – Spirit of Justice was able to sell “largely as planned” in the west.

You can find some extra details about this on Capcom’s report.

Capcom has released another update about Megami Meguri, and thanks to Gematsu’s translation we now have more details about the Goddess Jobs.

In the game you have to complete various Goddess Jobs, which are presented to you in the form of wooden plaques. Completing these jobs will give you rewards such as stat boosts. You should complete these jobs as often as possible along the way to taking your Divinity Exams in order to further grow Tsukumo.

Amaterasu will select one among the many wooden plaques at random, which contain the requests of the people. You will need to visit various places in order to complete the objectives of the job written on the wooden plaque, however you may be able to more efficiently advance if you choose a job close to where a Divinity Exam is being held. If you achieve a job’s objective, such as “go to the designated station”, it will be considered completed, and a reward will be granted. You can cancel a job at any time though.

When Tsukumo grows to a certain extent, she’ll receive a “Golden Wooden Plaque” job from Amaterasu. This job is intended to test how much Tsukumo has grown, so its completion is required before taking a Divinity Exam.

You can find some screenshots showcasing these mechanics in the gallery below, and find a couple videos after it, introducing the contents of the Collector’s Package and Complete Edition.

Monster Hunter XX will feature two new Hunting Styles, with these being the Brave Style and another one that will be shared later. Also included are G-Rank quests, a new main monster called Barufaruku, and a new Diablos variant. Prowlers will also be able to jump off monsters in this version, among other things.

Monster Hunter XX launches March 18 in Japan, and Capcom says it expects to sell two million copies of the game. All copies will come with the two 3DS Themes you can see below. The game’s website can also be accessed over here.

You can take a look at the Direct, trailer, screenshots, 3DS themes, and some gameplay footage below. 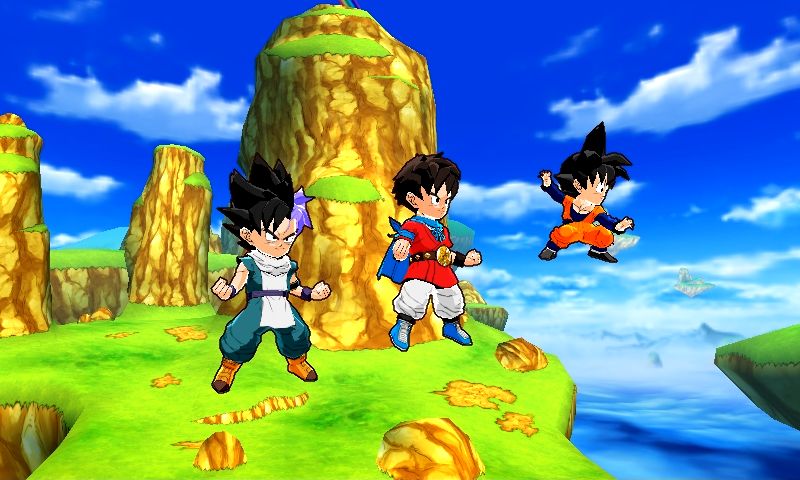 Dragon Ball producer Masayuki Hirano recently spoke with GameReactor about what the developers set out to achieve with Dragon Ball: Fusions. Hirano explained:

“This game was mainly focusing on kids in Japan who liked Dragon Ball, and we noticed that there are a lot of kids who like for example Pokémon or Yo-kai Watch. These adventuring RPG aspects are really loved by kids, so that’s one of the reasons why we decided to create Dragon Ball Fusions. Another thing is that when you talk about a Dragon Ball game, it gives the player an impression that it’s a fighting game, so then we thought is there other ways to enjoy Dragon Ball games, so that’s how we came up with Dragon Ball Fusions.” 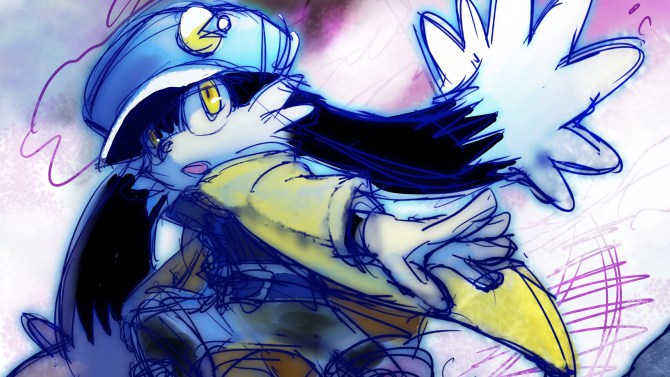 An animated film based on Bandai Namc’s Klonoa is now in development. The film is being produced by Henshin, a U.S. animation company. There is currently no more information on when production of the film will start, but Henshin founder Rob Pereyda will lead production, and Hitoshi Ariga will co-produce, design, and write for the film. Pereyda has previously worked on adaptations of other Bandai Namco franchises (Bravoman, Mappy, and Wonder Momo), while Ariga has worked on the Mega Man manga and designed several pokémon for Pokémon X and Y.

Bandai Namco has released a new trailer for Saiki Kusuo no Psi-nan: Shijou Psi-dai no Psi-nan!? for 3DS. A demo with five missions is also now available in Japan.

Some more gameplay footage of Puyo Puyo Chronicle is now available. Check it out below. 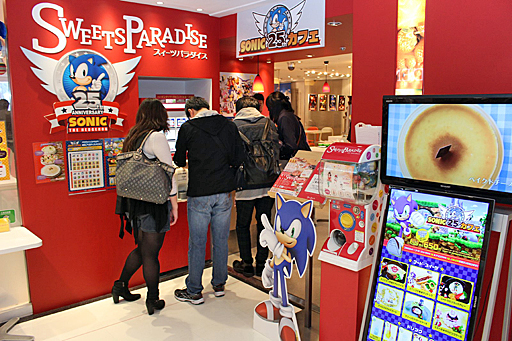 SEGA recently held a special meet and greet event in Japan, where a number of questions were answered at one point, and some interesting information about Project Sonic 2017 was shared. Twitter user BlueStorm_SONIC shared some of this information.

Apparently, it was mentioned that Project Sonic 2017 will feature a new character, but specifics weren’t given beyond that. Another question touched on how connected the game is to Sonic Generations, and it seems like while the two are separate, you’ll be able to play both classic stages in 2D and modern 3D stages, and another feature will be added on top of that.

Corpse Party is now out for the 3DS, so XSEED has released a launch trailer for the game. You can find it below, followed by some gameplay footage. 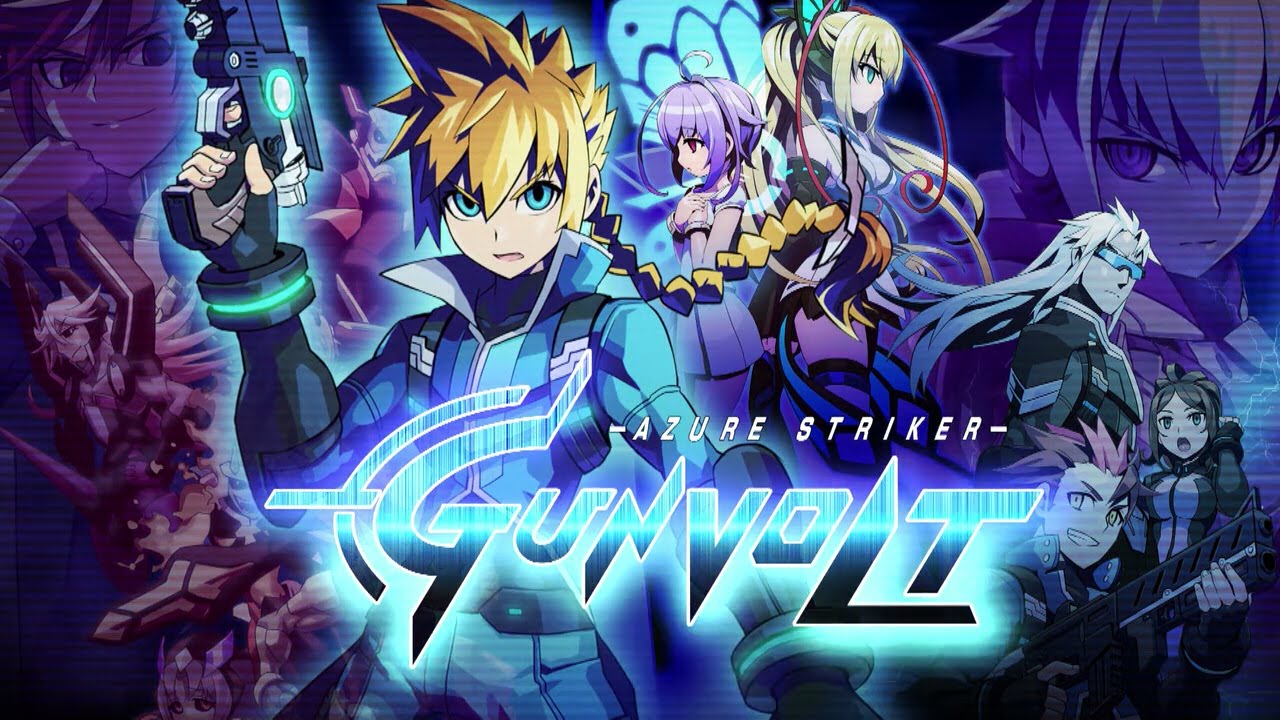 During the discussion, they talked about Azure Striker Gunvolt’s origins, ideas scrapped from the sequel, the future of the series, potential amiibo, and the anime OVA, among other things.

This first interview of two dedicated to Azure Striker Gunvolt can be found over here.

During the discussion, Yacht Club Games answered questions regarding the package’s origins, its status in Europe, where the amiibo integration in Gunvolt 2 came from, and more.

You can find this second interview about Azure Striker Gunvolt over here.

If you buy the game at launch, you also get an additional six 3DS themes, all based on one of the games from the collection.

You can take a look at the themes and a new preview video below. 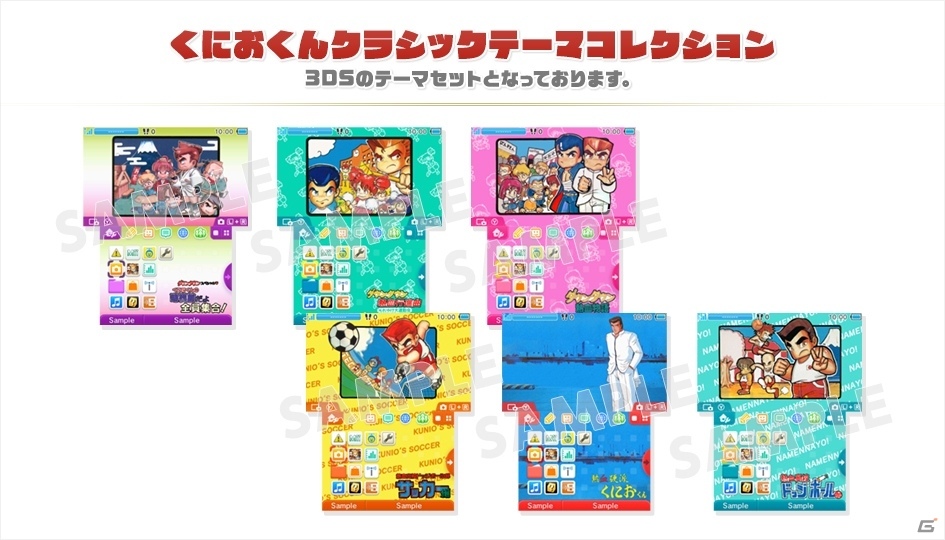 Artdink recently uploaded the first trailer for A-Train 3D Neo, an enhanced version of the original 3DS game. You can watch it below.

Minecraft: Wii U Edition has recently been updated with a new batch of content.

Patch 14 is also already out. Here are the full patch notes for it:

Finally, you can find a trailer for the Spooky Bundle below.

The official LEGO Dimensions channel has released a new video showing off two new characters, Stripe and Gizmo from the Gremlins. You can watch it below.

Activision has released a new trailer for Skylanders Imaginators, featuring a new Halloween themed character for the game. Check it out below.

Just Dance 2017 is now out on Wii U and Wii. A Switch version is also in the works as expected.

In a press release announcing Just Dance 2017’s launch, Ubisoft said that the game will be available for Switch in March. Since Nintendo’s new platform is debuting during that month, Just Dance 2017 will probably be a launch title.

You can find the launch trailer and some gameplay footage below.

Cartoon Network: Battle Crashers now has a specific and final date thanks to an eShop listing. The game arrives on November 6 to the 3DS.

The same listing also provides the first 3DS screenshots of the game, which you can find in the gallery below.

Nintendo has released an official trailer for Culture Brain’s Baseball Simulator 1,000 on the Japanese Wii U Virtual Console. You can find it below.