Ectoplaza is now out in North America, and is selling for $7.99. A European version will also be released at some point soon. You need 711 MB of free space to download the game, but it only takes 670 MB once installed.

Here’s an overview of Ectoplaza from Syndicate Atomic:

Ectoplaza is a breakneck game about irritable ghosts wreaking havoc on haunted hotels, paranormal guests, and each other.

Join a party of poltergeists as they rampage through underworld-renowned resorts from which they can never escape. Monster mash with up to four players and have the time of your afterlife.

— Choose from six unhappy haunts, each with their own stats and game-changing special abilities.
— Master a multi-tiered charge & fling system to unleash quick chomps, trick shots, and devastating ricochets.
— Smash your way through 5 settings and 15 different levels, each with different stage hazards.
— Be the last ghost standing in Afterlives, collect the most ectoplasm in Collectoplaza, or score the winning goal in Ghostball.

Finally, you can find a trailer for the title below.

Wolfgame has announced it’s releasing Dungeon Hearts DX on Wii U on November 10. 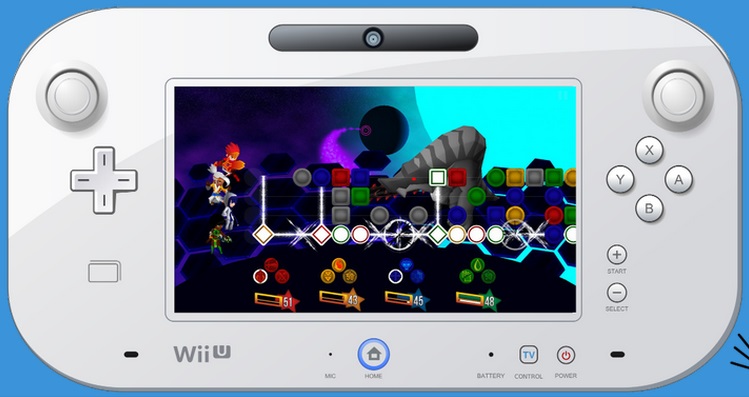 CatfishBlues Games is bringing its “arcade action game” Hyperlight EX to the New 3DS, with several new additions. It will be available in the North American and Eurpoean 3DS eShops sometime in November. This version features revamped graphics, enhanced gameplay, and better controls.

Here’s an overview of the game and its features:

“Hyperlight is an high intensity arcade action game in which you control a spaceship that fights against hordes of evil alien monsters in a virtual cosmic environment. Your spaceship has a special capability: it can travel at a Faster Than Light speed (F.T.L.) becoming itself the final weapon. By colliding with enemies in this state the ship can instantly destroy everything it touches! In the game there are also plenty of other bonus, weapons and entities that can help you overcome the many difficulties you’ll be facing, including the battles against the terrific final bosses that await you in the dark side of the universe!”

Lastly, you can watch a trailer for Hyperlight EX below.

Circle Entertainment has announced it’s working on localizing the Kutar series for release in the North American 3DS eShop, likely starting during the middle of November.

You can find the original message by Circle Entertainment below.

They are cute, and match for all age players. Now Kutar Series heads to NA regions, could expect mid of Nov, pure and simply fun. pic.twitter.com/SXHy8RmO0G

Nostatic Software has announced it’s currently working on porting the “Quiet, Please!” series of adventure games from Wii U to 3DS.

You can confirm it through the Twitter messages below.

Getting them to run on the original 3DS is proving to be a challenge, but I think we’ll be able to get there.

FDG Entertainment recently confirmed it’s working on two Switch games to be released in the first half of 2017.

The first title was assumed to be Oceanhorn, as the company recently said earlier this month that the Zelda-inspired title would be released on an unspecified Nintendo title, but now we have evidence that the game will be releasing on Switch as well as a second title, Monster Boy.

If you notice FDG Entertainment’s recent tweets about these games (see below), both include a #NintendoSwitch hashtag, indicating they are more than likely in development for the system.

#NintendoSwitch is awesome! We can’t wait to support it with our games. Two games planned in first half of 2017. pic.twitter.com/AInn0G1qIV

Players can now download version 1.3 of the game, which allows them to play as Shantae, and implements a number of new fixes.

You can find the full version 1.3 patch notes below.

– [DLC] Shantae has been added to the game as a free DLC!
– [Gameplay] Fixed a bug where moving platforms would stop disappearing if they were moving when they disappeared
– [Input] Fixed a bug that didn’t allow more than one Nunchuk to be used at the same time
– [Input] Fixed a bug that impeded any input if a direction was hold in the stick in a Classic, Pro or Nunchuk Controller
– [Online] Added full compatibility with Runbow Deluxe!
– [Online] Fixed a bug where trying to join a full private game would impede the game to play online until restarted
– [Online] Fixed a bug where trying to join an almost full private game with multiple local players would crash the game
– [Online] Fixed a bug where losing connection during a cheers of jeers screen with lock the game in that screen
– [Arena/KotH] Fixed a bug that let you play single-player Arena and KotH by going back to the Character Select screen
– [Space Adventure] Fixed the numbers in some ‘monster closet’ stages’ descriptions
– [Localization] The descriptions of two of the Satura’s Space Adventure Records have been translated properly
– [Localization] The German translation of some of the “DLC TV” messages has been fixed
– [Gallery] The Talent Scout Record is no longer unlocked earlier if the Lilac free DLC has been downloaded
– [Gallery] Shantae has earned a spot in our Gallery!
– [Gallery] The highlight for Gallery items has been recentered
– [Gallery] A row of records that was slightly misplaced has been moved to its proper position
– [Misc.] The new 13AM Games logo is now featured in the Intro and Credits scenes
– [Misc.] Player names with spaces are no longer displayed in a different font in the online Character Select screen

Runbow Deluxe, the retail version of the game, is also now available in stores, so 13AM Games has moved on and is now thinking about where to go next with the Runbow IP.

You can find out more about that, the Runbow Deluxe Edition, and some of their gameplay decisions, in this interview by Hardcore Gamer.

FAST Racing Neo recently received new DLC, but it had a problem where the DLC would not become permanently unlocked after purchase, requiring players to revisit the eShop.

If you’re in Europe, you can now download a patch that addresses this small issue with the unlock.

FAST Racing Neo’s patch isn’t live in North America and Japan yet however, but that should change soon, once Shin’en solves the problem for those versions.

You can find Shin’en’s original message below. 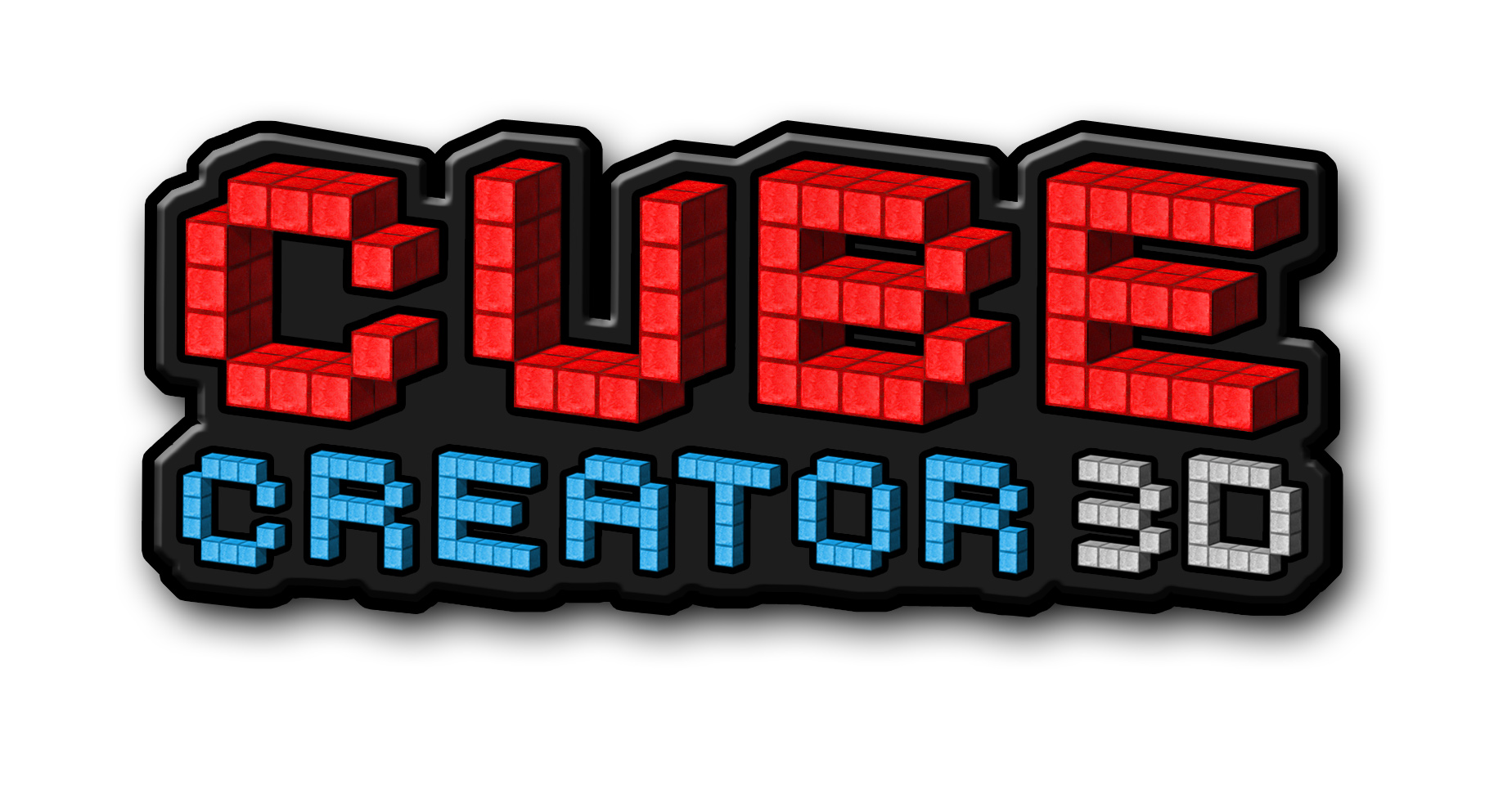 Big John Games has posted a new update on the progress of Cube Creator 3D 1.2 on the developer’s website. Ken Patterson, president of Big John Games, had the following to share:

There has been a slight delay in development of Cube 1.2. We are a family business. As such, we have had an unexpected tragedy in our family and that has required much of our time to be devoted to mourning, grieving and dealing with many family matters.

I would also like to let everyone know we are down to last our last 50 bugs. We are working hard to eliminate these as fast as possible. We are back to 100 percent and are knocking off these bugs as quickly as we can.

Thank you for all of your support.

Starfall Studios has prepared a new Sneaky Ninja update video showing off the Graveyard Gauntlet area of the game. You can find it below.

Sneaky Ninja is currently targeted for release around mid-January on PC and soon after for Wii U. The team is aware that this means the game will launch very close to Switch’s launch date, but there’s not much they can do about that, except that according to them there are no “concrete plans to port to the Switch yet, but we’d love to do that once we get more info”.

XSEED Games and Magnetic Realms have shared a new trailer for Exile’s End, which is soon releasing on Wii U as an eShop title. Check it out below.

Below you can find some gameplay footage from various indie titles that have been recently released on the 3DS and Wii U eShops.