NOTE: This post will be updated throughout the week with new information as it comes.

– Pokémon GO will eventually feature all pokémon from every generation. There are plans to add these little by little.
– There are plans for Pokémon GO to connect with the main series games in the future. It won’t be available at launch though, as the developers want players to focus on catching Pokémon in real life.
– Reconfirmantion that trading will be coming to Pokémon GO at some point was also given.
– The Pokémon GO Plus device is planned for release near the end of July. It will be priced at $34.99.

Our team has been making the most of the sunny California weather by walking long distances and enthusiastically testing all of the refinement and new features in Pokémon GO. Many of these refinements have been inspired by feedback received from our field testers in Australia, New Zealand, Japan and United States. Thank you for testing the app and for giving us such great feedback.

We have a few exciting updates to share. We’ve added a new Camera feature that enables Trainers to take photographs of their wild Pokémon encounters. Now you can take a photo of Squirtle next to that scenic lake or Ivysaur hanging out by the park. The photos will be saved to your phone’s camera roll to share with whomever you’d like. We can’t wait to see the varied environments in which trainers will find wild Pokémon.

We’re also thrilled to announce that Pokémon GO’s all-new music track is composed by GAME FREAK’s Junichi Masuda. We’ve been working closely with Masuda-san on several of the core game design elements of Pokémon GO and feel very fortunate to also have drawn from his decades of experience composing original music for the Pokémon games.

We enjoyed participating in Nintendo’s Treehouse Live Pokémon GO developer Q&A session at E3 today. With each day, we’re getting closer to launch and we can’t wait to share this game with everyone. Stay tuned for more details.

Facts Sheet for Pokémon GO Plus 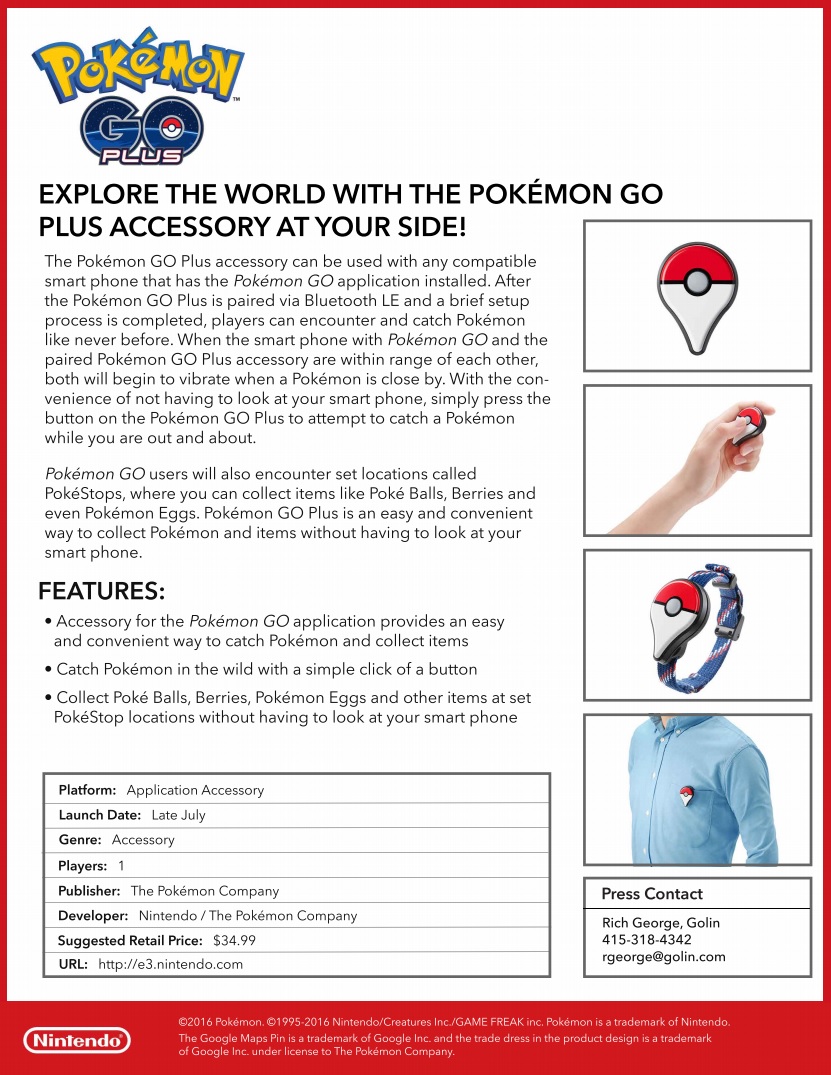 Photos for Pokémon GO Plus