According to NIS America, Rodea: The Sky Soldier won’t be launching overseas in September as originally announced. Instead, the game has been delayed for about a month and it will now release in October.

Rodea: The Sky Soldier is now set for release in North America on October 13th, while the European release is coming on October 16th.

In addition, NIS America announced that a launch edition for the 3DS version of Rodea: The Sky Soldier will be coming to North America. This edition features a collector’s box and original soundtrack. Like previously announced, those who pick up an initial copy of the game on Wii U will also receive the original Wii version as a bonus. 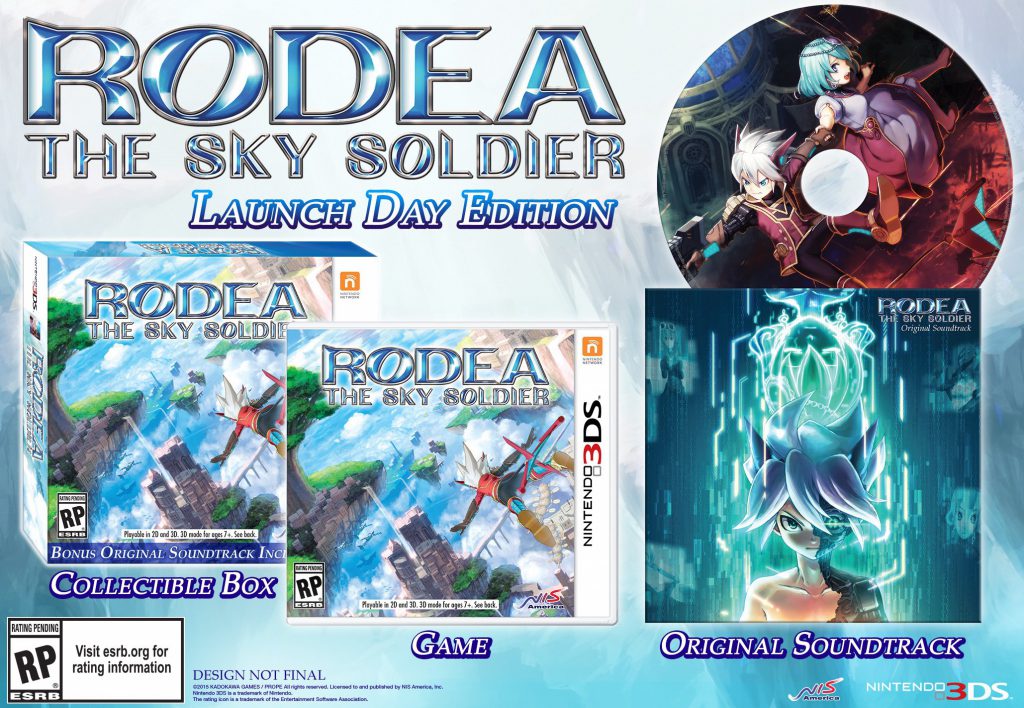