Shantae and the Pirate’s Curse

The physical version of Shantae and the Pirate’s Curse has now been delayed to October 18.

Developer WayForward and publisher Rising Star Games, had the release originally scheduled for September 27 in North America and the 30th in Europe, but they couldn’t make the cut.

Super Destronaut 2: Go Duck Yourself is headed to the Wii U eShop on October 20 for both North America and Europe, with a $1.99 price point.

Super Destronaut 2 is an arcade space shooter in the fashion of Space Invaders. Here’s a brief overview of the game:

“Collect power-ups to increase your firepower and multiplier coins to reach unbeatable high scores. Shoot those alien butts in Classic, Time Attack, Hardcore or Invaders mode and challenge your friends in Multiplayer mode. If you like classic arcade shooters or ducks, you will love Super Destronaut 2: Go Duck Yourself. PS: Don’t hurt the duck!”

Here’s the confirmation message with some screenshots:

Super Destronaut 2: Go Duck Yourself is coming on October 20 (NA and EU) and it will be my final Wii U release. #gamedev #indiedev pic.twitter.com/H4sf3ozwTJ 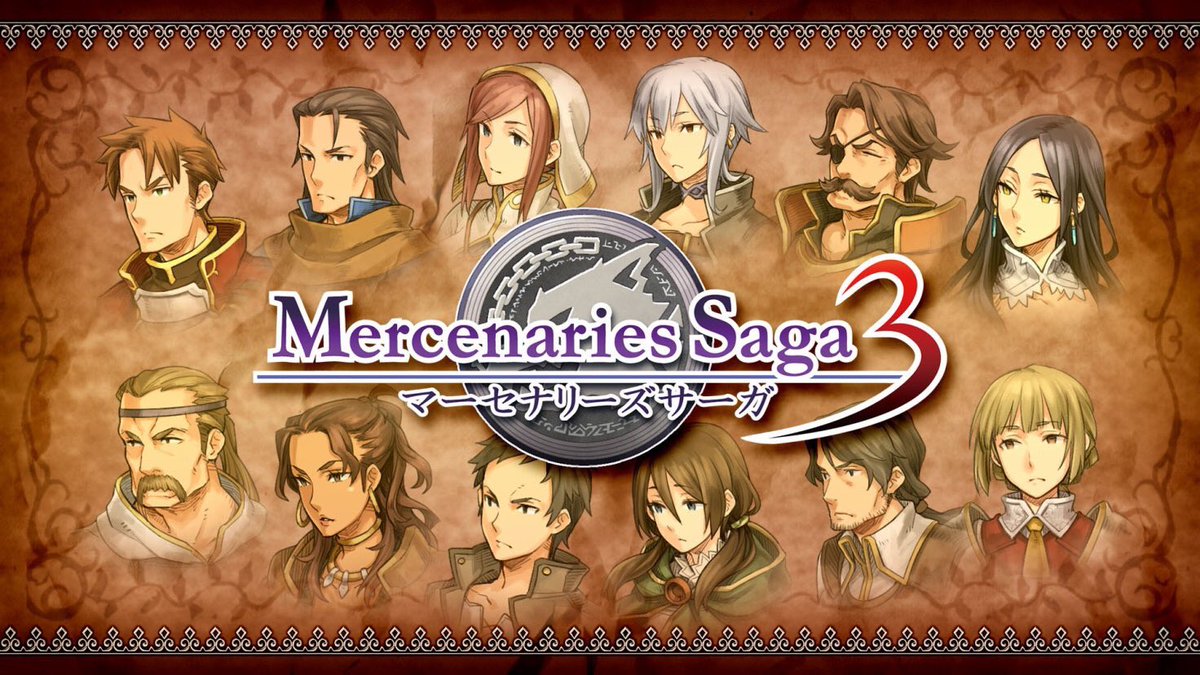 Circle Entertainment has announced it’s localizing Mercenaries Saga 3, as expected, so we might be seeing the game out very soon.

The English version is almost ready to be submitted to Nintendo in both North America and Europe.

Besides that, other games published by the company are on the way. Mr. Pumpkin Adventure for Wii U and Fairune 2 for 3DS should be out during October, as well as ASH for 3DS in Europe (note that this isn’t Archaic Sealed Heat, just another game simply called ASH).

Choice Provisions has announced Runner3, the next game in the Bit.Trip Runner series.

The notice posted on the project’s site reads:

Runner3 is the upcoming (and perhaps unsurprisingly) third entry in the BIT.TRIP RUNNER series. We’re committed to making it the best game we’ve ever made, and we want you to hold us to it. You can follow the game’s development over on our devlog, where we encourage you to chat with us in the comments section of our weekly updates.

We plan to be very open with you about the creation of Runner3, and we even plan to solicit feedback occasionally and offer user polls to give everyone a chance to chime in and help us think of things like level names, possible unlockable outfits, and more.

Let’s work together to make Runner3 the best game it can be!

Choice Provisions also confirmed that Charles Martinet will be returning to lend his voice to Runner3.

However, we still don’t know what platforms it will end up on, but I would say that some sort of Nintendo platform is likely to get it. 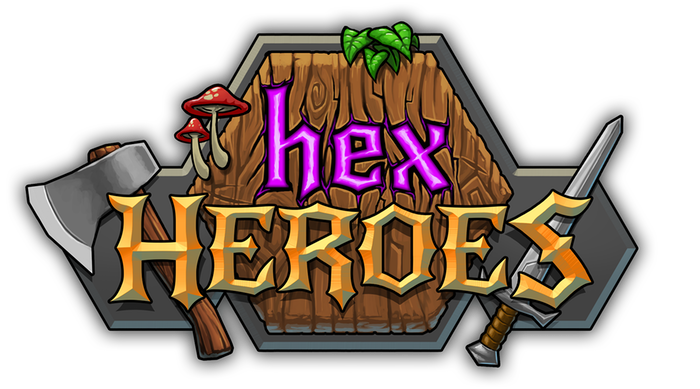 Prismatic recently provided an update on Hex Heroes, their upcoming Wii U title.

Their last update mentioned how Wii U development required the game to be rebuilt from the ground up, and the latest update shows how that fundamental rework changed the combat system. You can check the new update over here.

In short, the combat is real-time but uses the game’s hex grids, with both the player and the enemies locked to a grid and telegraphing their attacks to the different hexagonal spaces.

Wombat Source has now shared the following overview of the game:

“Placards is a unique single-player puzzle experience that requires players to think both visually and strategically. Rearrange pixels on the screen by rotating or swapping to solve Placard puzzles. That Placard too big to solve in one go? Solve a piece at a time to get closer to that final Placard picture. From simple shapes to space ships to a fire breathing dragon, there are over 100 puzzles to keep you occupied for hours.”

You can also take a look at it in action in the trailer below.

In contains 16 new mini-game levels, along with some lighting effects/variants.

The update has also been submitted in North America and Europe, so it shouldn’t take much longer to go public.

You can read the messages Chequered Cow Games tweeted about the new features below.

The update includes lighting variants of the courts and some extra effects while in play. #3ds #indiedev pic.twitter.com/O9YuhDGcMD

As the lighting variants are a bit darker they help the effects to pop a little more #3ds #indiedev pic.twitter.com/dumLYHFzkN

Just a quick gif showing some changes while we wait for the update to be approved #3ds #indiedev pic.twitter.com/Wrz09AJ53w

Below you can find a trailer for the game on Wii U, and the latest episode of “The Engine Room” where Image & Form discusses the game.

Image & Form also appears to be pleased with SteamWorld Heist’s performance so far, since not only has the game been received well, but it’s selling quite well too.

Image & Form CEO Brjann Sigurgeirsson told Nintendo Life that “SteamWorld Heist has done quite a bit better for us than SteamWorld Dig”.

When asked about the game’s sales performance on 3DS, Sigurgeirsson said:

I’m happy to say that SteamWorld Heist has done quite a bit better for us than SteamWorld Dig, and it’s been the follow-up that we hoped for! We obviously felt the pressure after Dig did so well both in terms of sales and reception. Expectations from fans and pundits, as well as our internal drive to “use the window of opportunity” we created with Dig, were quite present at times. We really wanted to prove ourselves, that we could make something completely different and way better than Dig, that we could make games that were truly world-class.

And we succeeded; Heist both feels bigger and scores way better than Dig. On Metacritic SteamWorld Heist is, together with Xenoblade Chronicles and Monster Hunter 4, the highest-scoring 3DS original title of 2015.

But it wasn’t easy; we had to make some tough decisions. One of them was releasing Heist in December 2015 rather than wait until February/March 2016.

Like we’re used to, we had bet the farm on Heist and were running out of cash (again). We could really use getting the game out in time for the holidays. The game didn’t suffer – it was ready. But many of us thought that we had already spent 22 months making Heist, we could probably wait another 2-3 months to polish some detail or other. Nintendo offered to include us in a Nintendo Direct in November last year on the condition that we released the game before the end of 2015, and that made up our minds for us.

Making Heist was incredibly hard, partly because it is so much more complex than Dig. We can see this when porting Heist – it takes much longer than porting Dig every time, even though we’re much more familiar with the porting processes this time around. But another part of the difficulty was that, although we were inspired by particularly XCOM and Worms, no one had really made a game like Heist before. We spent much of the dev time experimenting, backtracking, pulling out our hair when stuff wasn’t working or wasn’t fun, and for long spells it felt like we weren’t making progress.

It’s holding up very well. I’m beginning to think there’s now a crowd – a good chunk of the Nintendo community – that buys our games because they’re made by us. They’re confident our games are a cut above the rest and worth playing. Also due to the staggered release schedule – 3DS in December, Steam/PSN in June – Steam and PSN sales are playing catch-up. When we look back at SteamWorld Dig, which had a similar stagger, we see that 3DS, Steam and PS4/Vita are now roughly equal in sales. So far Heist has fared better on 3DS and Steam than on PSN.

Finally, you can find some gameplay footage from SteamWorld Heist (Wii U) below.

The team behind Wonder Boy: The Dragon’s Trap has recently published the first developer diary for the game, with members of the team traveling to Japan in time for BitSummit and meeting with series creator Ryuichi Nishizawa. Check it out below.

Rain Games’ member and art director Ole Ivar Rudi was rencetly interview by Miketendo 64, and discussed with him a lot of details about the company’s upcoming game World to the West.

You should probably read the full interview over here to learn more about what to expect from the game and the team’s goals, and various other details such as the plot and characters of the game, the development of the game itself,  and even how Rain Games was formed.

Fans of FAST Racing Neo can now buy the entire 80-minute soundtrack online at this link.

The minimum price you’ll have to pay is 5$, but if you want to support developer Shin’en Multimedia, you can pay more if you want to.

The soundtrack is DRM free and available as both MP3 and FLAC files. If you’re undecided, you can listen to a 30 second preview of each track as well.

Besides that, you can watch some gameplay footage from the game’s upcoming DLC below.

Below you can find several pieces of gameplay footage from various games that recently became available on the 3DS and Wii U eShops.

Quest of Dungeons (Wii U and 3DS)