Here’s what Nintendo had to share about the “new” system:

REDMOND, Wash., Sept. 30, 2016 – The Nintendo Entertainment System: NES Classic Edition console, anticipated to be one of the hottest gifts this holiday season, launches on Nov. 11 at a suggested retail price of only $59.99. The system includes 30 classic NES games like Super Mario Bros. 3, Metroid and The Legend of Zelda, plus a replica of the original NES controller that can also be used with NES Virtual Console games on the Wii or Wii U systems. And the games look sharper than ever using the included HDMI cable.

Maybe you’ve heard some of that before, but did you also know the system can be played in three different display modes? Or that games can be saved at any time using Suspend Points? Or how about the fact that all of the games’ original manuals can be viewed by scanning an on-screen QR Code with a smart device? Well, now you know! As the 1980s would say: “Tubular!”

“Be the cool dad, mom, aunt, uncle or best friend by gifting someone this holiday season with the Nintendo Entertainment System: NES Classic Edition,” said Doug Bowser, Nintendo of America’s Senior Vice President of Sales and Marketing. “This perfectly sized stocking stuffer could produce the same level of excitement that people felt over 30 years ago when they received the original NES as kids.”

Whether you have fond NES memories or want to introduce yourself and your kids to the video games that made Nintendo a household name, you’ll love the compact and attractive console. The hub of the NES Classic Edition is the HOME Menu, which can be used to access all 30 of the classic NES games. From here, you can adjust various settings or just dive into a game and start playing. To help locate games quickly and easily, you can press the Select button to sort by title, two-player games, recently played games, number of times played, release date and publisher.

To make sure every Goomba stomp looks as authentic as possible, all games can be played in three display modes. With the CRT filter, a scan-line effect is added to the screen to give everything that oh-so-retro look and feel. 4:3 is a sharp, clean look that adheres to the original aspect ratio used by the NES. And when playing in Pixel Perfect mode, every pixel is shown as a perfect square, providing the most accurate representation of the games as they were originally designed.

Retro gaming is defined in part by the search for save spots and the need to enter long passwords, but in practice, those tasks can definitely be a little … um … time consuming. While all aspects of the original 30 NES games are intact, Suspend Points have been added to streamline the experience of playing them. At any point during gameplay, simply press the console’s Reset button to return to the HOME Menu and save a Suspend Point that will let you pick up right where you left off. Up to four Suspend Points can be saved per game, so you can track the progress of multiple players or file away your favorite moments. This is great news for parents, as their kids won’t be able to use the “I’ll be there when I get to the next save point!” excuse any more when dinner is ready.

In a nice touch of physical meets digital, each of the game’s original manuals can be viewed online, opening a window to the glory days of unboxing an NES game and leafing through its beautifully illustrated booklet. All you have to do now is scan a QR Code from the HOME Menu to pull up the entire manual on your smart device or access the provided website to view the manual in all its nostalgic glory on your computer.

Nintendo Entertainment System: NES Classic Edition is a little more than a month away! To learn more about the system while you wait for it to launch on Nov. 11 (and to view the list of all 30 playable NES games), visit http://www.nintendo.com/nes-classic.

Besides that, various outlets have also shared some hands-on impressions and some additional details.

Here’s a roundup of information from them:

– Each game keeps its original presentation quirks (Ex: blank line on the left of screen in Mario Bros. 3)
– Press the reset button to visit the Home Menu
– Option to reduce screen burn-in
– Auto-shudown setting
– 8 languages
– English, French, German, Spanish, Italian, Netherlands, Portuguese, and Russian
– Demo screensaver mode shows a tug of war between Mario and Luigi if you leave it idle
– You’ll also see big pixel-art versions of characters
– Games run both brighter and sharper than on the Wii U Virtual Console
– No option to stretch games to fill a widescreen
– Option dims the screen after a certain amount of idle time
– Legal notices included, and mention an open-source license
– Nintendo didn’t say what’s in the machine, and what emulator it’s running
– A little “lock” icon is on the four save slots
– This lets you lock the saved game in place so someone else can’t save their game on top of it
– The cord of the controllers is around three feet in length

Images of NES Classic Edition vs Wii U Virtual Console:

You can also find some new trailers released by Nintendo, and some gameplay footage and image quality comparisons by GameXplain, below.

Meanwhile, Nintendo has announced the Nintendo Classic Mini: Famicom (or Family Computer) in Japan. It’ll be available on November 10 for 5,980 yen, and an AC adapter will go on sale on the same day for 1,000 yen.

Japan’s game lineup is slightly different than what’s included in the western versions of the console. Here’s the list of games in includes:

Nintendo also shared a few more details on the Japanese site for the Nintendo Classic Mini: Famicom, which you can find over here. The most relevant details are listed below:

Finally, you can find a trailer and some screenshots for it below.

Nintendo has recently posted some new gathering screenshots from The Legend of Zelda: Breath of the Wild on the series Facebook page. These show some of the supplies players will be able to collect while playing. Check them out in the galery below.

Besides that, we now have am english translation of an interview from The Legend of Zelda: Hyrule Graphics involving several artists who have worked on the series. This includes a Breath of the Wild segment which isn’t too long but is rather interesting. It revealed that Takumi Wada, who last contributed to Skyward Sword, is the person leading the artwork team for the game, and that Satoru Takizawa is the art director. There’s also some talk about how important the bow is this time around, and how producer Eiji Aonuma stressed this early on in development. We even get a bit of a look at some variations of a piece of art where Link is shooting an arrow.

If you are interested in reading that interview excerpt, you can find the english translation over here at Nintendo Everything. 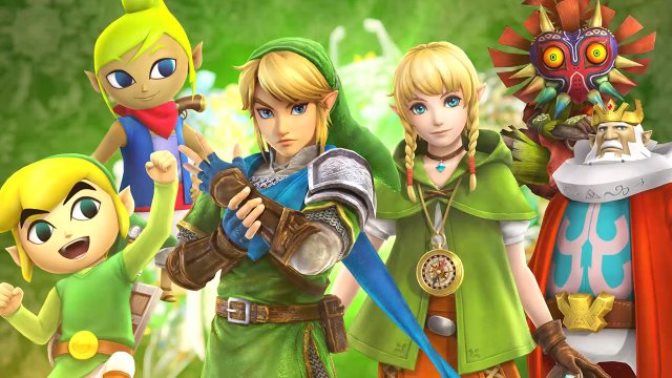 Another wave of SpotPass content is now out for Hyrule Warriors Legends.

If you have SpotPass enabled, you should be receiving or might even have received this already.

New figma figures based on the Twilight Princess versions of Link and Zelda are on the way, and pre-orders are now open on Play-Asia, Good Smile, and AmiAmi.

The Link and Zelda figmas release in May 2017. You can view some photos of the figures in the gallery below.

There was a tiny bit of footage showing Alolan Exeggutor using the new move “Dragon Hammer”, taking down Exeggcute in a single hit (there’s a difference of 20 levels though).

You can find the footage of tha bit below.

Besides that, Volcanion, the final Mythical Pokémon from Gen 6, will be distributed in various countries during October.

Here’s a list of the known stores you should be looking for Volcanion in:

Finally, you also have another chance to grab Darkrai and Hoopa via Mystery Gift Codes.

You can enter the code Darkrai 20 until October 31st, and the code 2016HOOPA until October 9th, to get both pokémon if you missed their previous distributions.

According to the Pokémon GO website, more players will be able to download Pokémon GO from the iTunes store or Google Play store in Albania, Bosnia and Herzegovina, Macau, Macedonia, Serbia, Kazakhstan, Kyrgyzstan, Tajikistan, Turkmenistan, Uzbekistan, and Mongolia.

On the business side, Newzoo reports that since launch Pokémon GO is estimated to have earned $470 million, in just 82 days. Additionally, the game is generating $2 million a day, down from the previous figure of $16 million. Downloads clock in at around 700,000 a day.

“Pokémon Go has opened our eyes in many ways. It has refreshed the top grossing mobile game ranking that has been dominated by a small number of publishers and games for a long time. It has proven beyond a doubt that AR can be applied in ways that appeal to a mass audience. Equally important from a business perspective, it has given [developer] Niantic investor Google enormous insight and data that it can incorporate into its location-based advertising and services strategy. The fact that Pokémon Go has motivated kids and youngsters to spend more time outside is an additional bonus, even if that means they take their screens with them.”

Google Cloud’s Luke Stone also wrote up a blog recently where he included a graph that gives us another look at just how much Pokémon GO managed to smash through expectations. An estimated target and worst case scenario were considered, but as you can see, both were shattered. 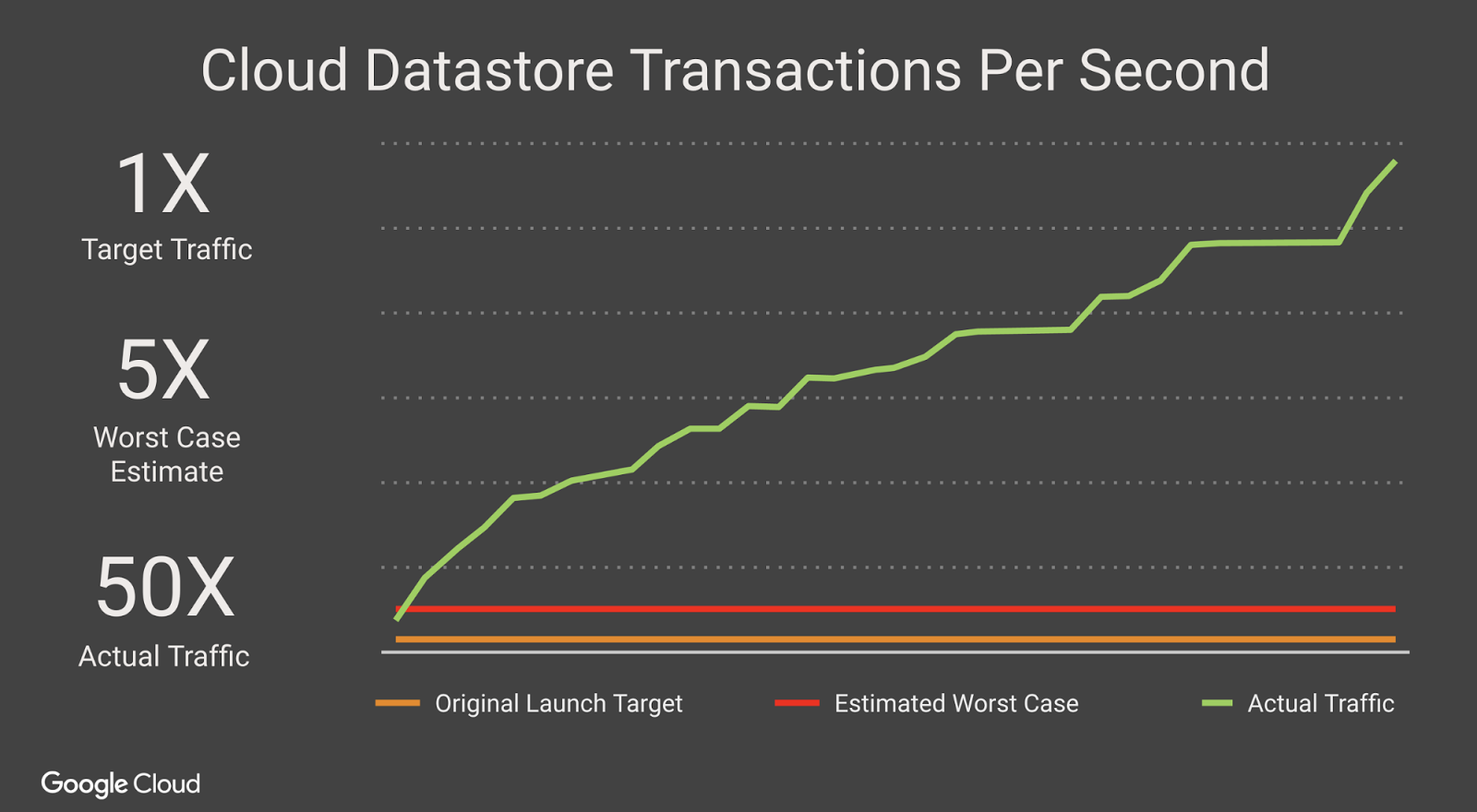 You can also read some extra details on the original post too, over here.

The fourth episode of Pokémon Generations is now available on the official Pokémon YouTube channel. You can watch it below.

With the upcoming release of Paper Mario: Color Splash, Nintendo has continued its promotional efforts dedicated to the game.

During the week we got another episode of Rescue V, a new trailer, and some commercials, all of which you can find below, followed by some more gameplay footage from the game.

Below you can find official trailers for recently released Wii U Virtual Console games.

Miitomo has once again been updated with new content for Miitomo Drop and Miitomo Shop. 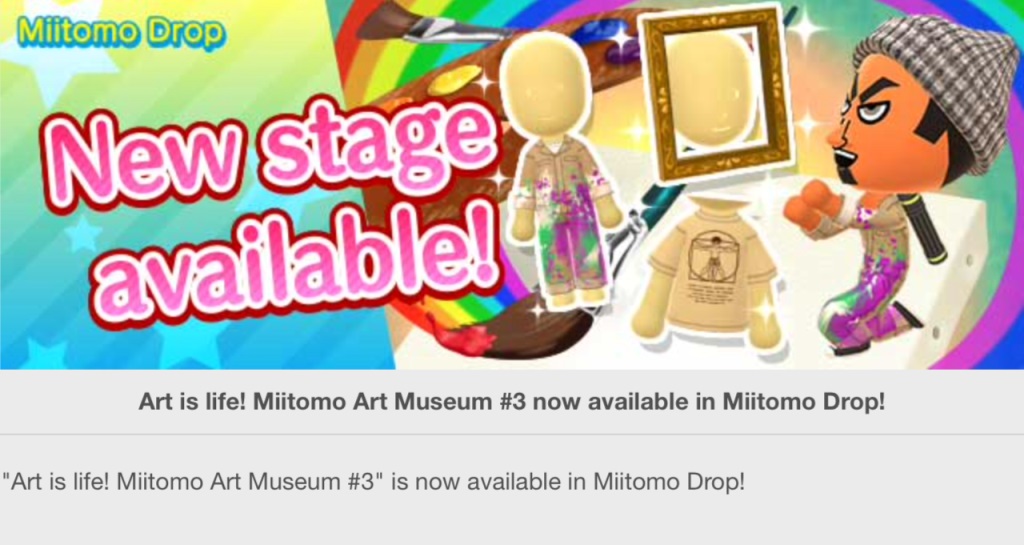 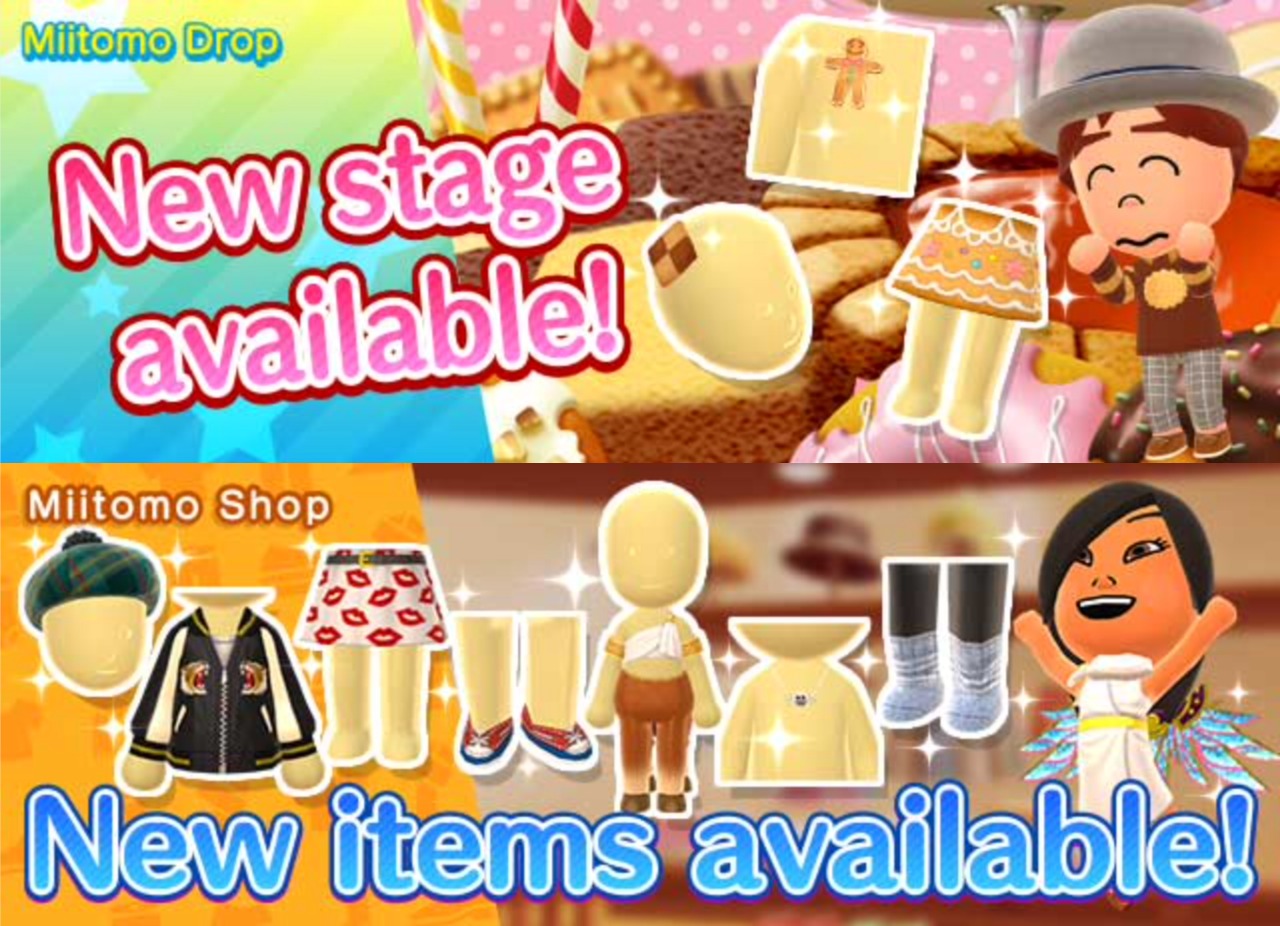 The latest episode of Nintendo Minute features Kit and Krysta showing off the Super Mario Adventures and The Legend of Zelda: A Link to the Past comics. Fans also have an opportunity to win each one via a special giveaway. Check out the episode below.

In a recent issue of Famitsu, the magazine posted the results of a survey where 893 people participated by voting on their favorite game developer.

Nintendo came out on top, though other developers such as The Pokémon Company, Capcom, Square Enix, and SEGA made the list as expected.

Here are the full results:

Note that 632 men and 261 women participated in the survey between the ages of 10 to 49 who play console games. Numbers shown in parenthesis are votes from those who don’t play video games.

I guess this result proves how appealing the Nintendo brand is, even for those who don’t play games regularly or at all.

A survey recently conducted by GlobalWebIndex provided insight into the amount of time people are playing on consoles each day.

On Wii U, it’s estimated that the average time spent is of around 2.5 hours, while Wii falls at just over 1.5 hours. Wii U fell just a minute short of the estimate for Xbox One. The full chart can be seen below

GlobalWebIndex’s data is based on those who responded between the ages of 16 and 64. 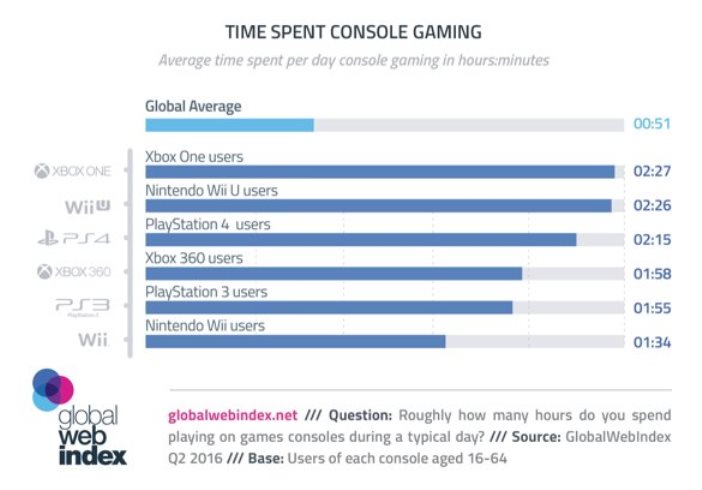