Nintendo of Europe has released a new Dragon Quest VII trailer, giving us a look at the game overall. We also have a new commercial, which you can find below.

Besides that, Noriyoshi Fujimoto was at PAX West 2016, and hosted a panel about the game which is about to release in North America and Europe. You can watch the panel below, in addition to an interview by GameXplain.

Finally, I think it would be worthy to point out that Koichi Sugiyama, who has been creating video game music for many years, including for the Dragon Quest series, has now been awarded the Guinness World Record for the oldest gaming composer. 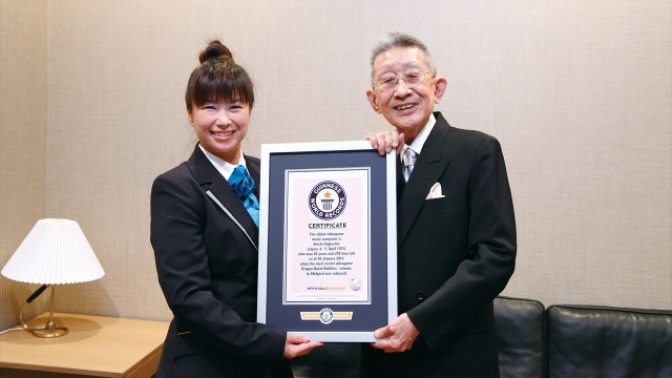 Capcom’s Phoenix Wright: Ace Attorney – Spirit of Justice is now available on the 3DS eShop. If you buy the game during the first week, you can receive a free character costume pack featuring a Furio Tigre costume for Phoenix, a school uniform for Apollo, and a Trés Bien waitress costume for Athena. From September 14 forward, this DLC will cost $0.99 / £0.89 / €0.99.

New DLC will be released throughout the rest of September each Thursday. Two short stories are on the way, with each of them including a unique pixel art 3DS theme. A full-length extra episode titled “Turnabout Time Traveler” is also coming.

You can watch the launch trailer for the game below.

A new development blog for the game is also out, and can be read over here.

This new entry features input from Naoyuki Tsuchiya, a designer who specializes in logos and packaging. Programmer Momoko Hirata participates as well, and both of them go over logo creation as well as programming.

Finally, you can find some gameplay footage from the game below, courtesy of GameSpot.

Monster Hunter Generations was present at Gamescom 2016 last month, and Capcom’s community manager stopped by to check in on the event. You can find the video below.

Capcom has announced another collaboration for Monster Hunter Stories. The company will be teaming up with Jump, a magazine in Japan, to give players the opportunity to receive a pirate outfit. 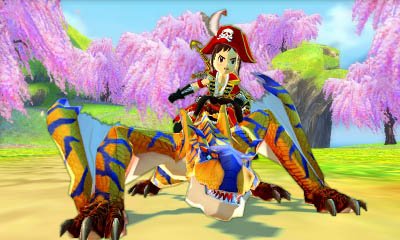 Capcom has also posted a new trailer for the Zelda collaboration that was recently announced in the latest Nintendo Direct. You can watch it below.

Besides that, Capcom has published a new batch of screenshots, and three more character videos, this time about Dan and the Village Elder, Ayuria, and the mysterious gang of Felynes. You can find all of that below.

Yet another round of Monster Hunter Stories collaboration content is now available in Puzzle & Dragons X.

This it’s possible to take on Zinogre, Barroth, and Lagiacrus, with each one providing a unique Soul Armor that can be crafted in-game.

The collaboration period ends on September 14, and players can also access the first wave of Monster Hunter Stories content with Rathalos and Nargacuga again until the same day.

Bandai Namco has released a new trailer for Aikatsu Stars! My Special Appeal. You can find the video below. 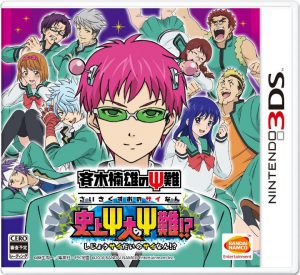 Bandai Namco has now annouced a release date for Saiki Kusuo no Psi-nan: Shijou Psi Dai no Psi-nan!? in Japan. The game will arrive on November 10 for 5,700 yen.

You can view the trailer and a commercial below.

A new commercial for Super Battle for Money: The Ultimate Ninja and Battle Player’s Top Decisive Battle! is now live on Bandai Namco’s website for the Japanese 3DS game. Check it out below.

GameSpot recently interviewed Sonic Boom: Fire & Ice creative director Matt Kraemer to learn more about the game. The discussion goes over how this title improves upon the original and SEGA tried to listen to fan feedback.

You can take a look at the interview over here.

You can also find some gameplay footage of the game below.

Atlus has made a silly video to show how they arrived at the English title for Shin Megami Tensei IV: Apocalypse. Check it out below.

Atlus is also going to deliver a free 3DS theme based on the game. Nozomi, Gaston, and other members of the demon hunting squad are featured in it.

Finally, you can catch a recording of the live stream Atlus hosted on Twitch over here, showing off the English build of Shin Megami Tensei IV: Apocalypse.

Mark Ballas of ABC’s Dancing with the Stars was present, as were plenty of kids.

Below you can find some photos from the event along with their descriptions.

Photo 1
In this photo provided by Nintendo of America, Mark Ballas of ABC’s Dancing with the Stars and star of Jersey Boys on Broadway this fall and ‘Dance It Out’ founder Billy Blanks Jr., and kids interact with costume character Jibanyan at the YO-KAI WATCH 2 preview event on Sept. 8, 2016. The YO-KAI WATCH 2: Bony Spirits and YO-KAI WATCH 2: Fleshy Souls games launch on Sept. 30 for the Nintendo 3DS family of systems.

Photo 2
In this photo provided by Nintendo of America, Mark Ballas of ABC’s Dancing with the Stars and star of Jersey Boys on Broadway this fall attends the YO-KAI WATCH 2 preview event on Sept. 8, 2016 at Siren Studios. The YO-KAI WATCH 2: Bony Spirits and YO-KAI WATCH 2: Fleshy Souls games launch on Sept. 30 for the Nintendo 3DS family of systems.

Natsume recently announced that River City: Tokyo Rumble will launch in North America and Europe on September 27. The game will be available both physically and digitally.

Those who purchase River City: Tokyo Rumble from the Natsume Amazon store will also receive a limited edition Kunio keychain. Here, take a look at it: 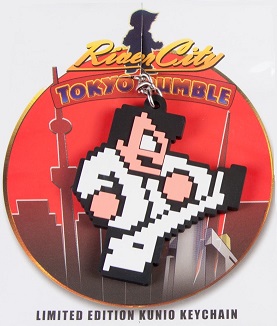 Natsume also prepared an overview of River City: Tokyo Rumble which you can find below:

River City: Tokyo Rumble follows the story of a hot-blooded high school student named Kunio and his good friends. When a nefarious gang moves into Tokyo to try to take it over, it’s up to this self-proclaimed “fighter for justice” and his buddies to make sure the streets stay safe!

Players will punch, kick, and use a variety of weapons such as soccer balls, iron knuckles, chains, and even bicycles to knock some sense into those devious gang members. Taking on jobs, leveling up abilities, and stopping for a snack or two at local food joints are just some of the action-packed mayhem players will experience. Luckily, smiles are free!

Azure Striker Gunvolt 2 already came out in Japan last month, and during that time Keiji Inafune, who acted as executive producer and action supervisor, shared a message for the game’s release.

Nintendo Everything translated it as you see below:

Gunvolt, which started as the first in-house title of Inti Creates, has finally realized the release of a sequel. In addition, we have managed to offer a packaged version which has both the previous title and the sequel in the form of “Striker Pack”. I thank all of the fans who have supported us thus far from the bottom of my heart. I was surprised when I first heard about creation of the original, but I expressed respect for these guys who had chosen to follow their dreams and challenge themselves and I had the privilege of cooperating with them from the position of a supervisor.

The Gunvolt series combines traditional side-scrolling action which is Inti’s specialty and a world and characters that are anime-like, so it is a title that even younger generations can get familiar with immediately. Actually it has also been decided to produce an anime version that overcomes the limits of the game, and I’m personally really looking forward to the development from now on. The price is also reasonable, so even people who haven’t played the series, please take this opportunity to try out the game.

Moreover, GameXplain has uploaded some footage from PAX West 2016 of the English version of Azure Striker Gunvolt 2 to their YouTube channel, which you can watch below.

Bloodstained: Ritual of the Night was originally scheduled to arrive next March, but unfortunately the game is now seeing a major delay.

According to a recent Kickstarter update, creator Koji Igarashi explains that he wants to ensure that the project meets his “quality standards”, and with the team’s “current production set-up and release deadline”, that would have been impossible to realize. New developers are now being brought in to keep development going at a steady pace. This means that Bloodstained: Ritual of the Night won’t be ready until the first half of 2018.

You can watch the news straight from Igarashi himself in the video below. 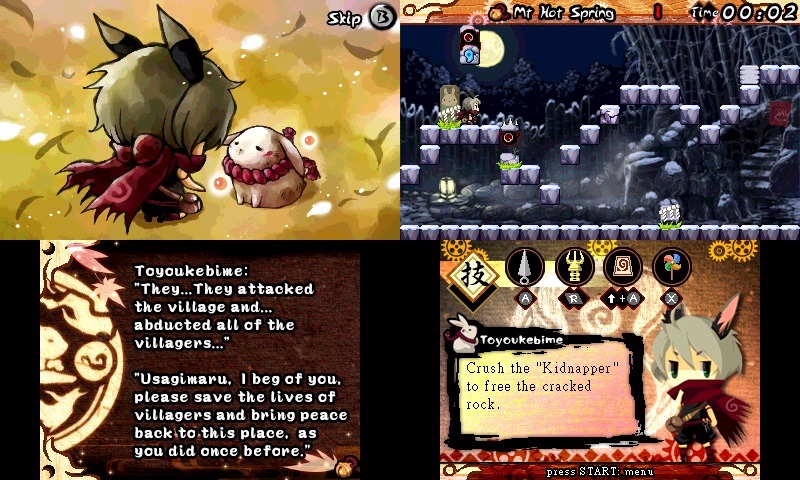 Ninja Usagimaru: The Mysterious Karakuri Castle will be launching in North America and Europe on September 29 on the 3DS eShop, according to Aksys and FK Digital’s recent announcement. The game had been confirmed for an overseas release at Anime Expo in July.

Ninja Usagimaru: The Mysterious Karakuri Castle is an action-puzzler where you take on the role of Usagimaru, “a legendary hero who embarks on a massive quest to save his village from the clutches of vile monsters”. It’s set during a period “long forgotten by men”.

Here’s an overview of the game’s features:

Path of the Ninja- Travel through 60+ mindboggling levels to rescue captured villagers and restore order to the land. Ready to reap the rewards of a true ninja warrior? Freeing villagers will bestow items to boost Usagimaru’s abilities!

Master Your Surroundings- Navigate tough traps, manipulate the environment and overcome brain twisting puzzles as the one and only Usagimaru!

A Hero’s Challenge- Once you’ve bested the main game, unlock even more levels to test your might! Earn and collect definitive titles based on in game performance and play style!

Mastiff has revealed it’s preparing various 3DS themes for Gurumin 3D. Buyers will receive one for free, though it’s not clear which one will be offered yet. You can see the various themes below. 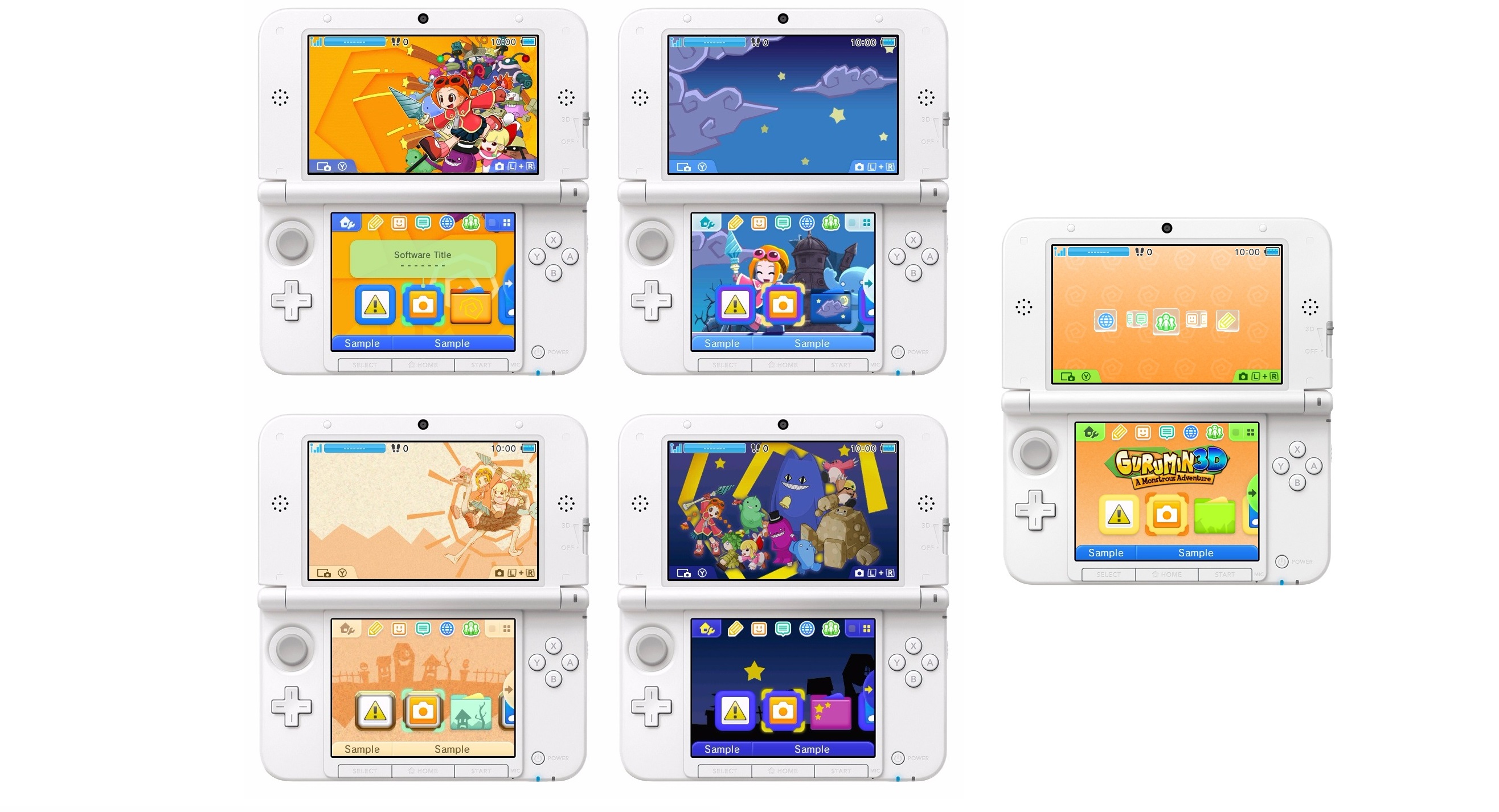 Gurumin 3D: A Monstrous Adventure should land on the eShop as early as the end of this month, though October is looking more likely. Like we heard about before, the game will cost $15.

Some footage from the English version of Disney Magical World 2 has now started to show up, such as this new dance clip. Check it out below:

A new LEGO Dimensions video is out, providing a look at the new Harry Potter world coming to the game. The Harry Potter Team Pack will be available on September 27. Check out the video below:

FamilyGamerTV also uploaded a couple of new Skylanders Imaginators videos featuring two of the recent characters, Barbella and Tae Kwon Crow. Check them out below.

Below you can find official trailers for a few Virtual Console games that were recently released on the Wii U and New 3DS eShops.