Here are a few extra details and recordings related to this. 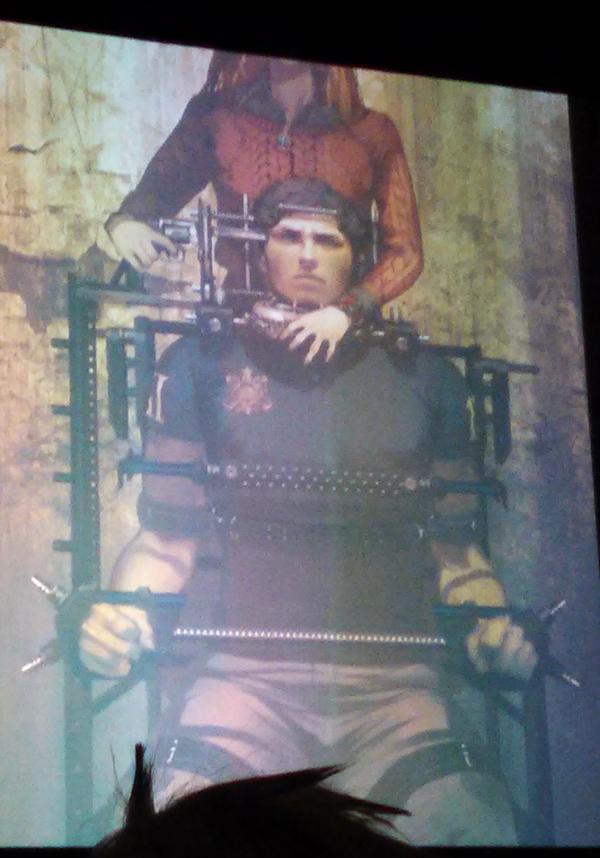 – 4infinity meant mars infinity;
– Will take place in a locale where people train to go to mars;
– Development just started;
– The picture above is the main visual for Zero Escape 3. It’s the promo art;
– Fan enthusiasm encouraged reevaluation of Zero Escape 3 and allowed it to enter production;
– Uchikoshi in previous games wanted people to question common sense. In this one, he wants you to reevaluate your values;
– Uchikoshi leaves the puzzle creation to his staff;
– Kazutaka Kodaka (Danganronpa director) knows the ending of Zero Escape 3 and says it is out of this world;
– Kodaka helped out with Punchline and exchanges ideas with Uchikoshi frequently.

Aksys Games announced today that Zero Escape 3 is in developement, during a panel at the Anime Expo today.

Series creator Kotaro Uchikoshi showed up at the event to reveal the new project in-person, and confirmed it will be launching next year.

Here’s the press release about the game:

Many government organizations have dismissed our urgent warnings regarding the upcoming game event called Zero Time Dilemma. Recent intelligence has escalated our plans and we have come to the decision to contact gamers about the dangers directly. Our ultimate goal has always been to protect the public from the horrific consequences we have foreseen, but it appears our mission to prevent it from occurring may have failed. It is imperative that you make every effort to prepare yourselves for the oncoming deadly game, so that you may survive the coming apocalypse.

An antidote for the game is predicted to be created, but much further down this timeline, and as such there is no defense from its effects. It will be most easily identifiable on Nintendo 3DS™ and PlayStation®Vita handheld entertainment system, though it is transmittable through the air so the spread may increase even more rapidly through the PlayStation®Store and Nintendo eShop.

Do not be tempted by familiar faces, fully voiced cinematics, multiple endings, or voices in both Japanese and English, as those are signs that the apocalypse is nigh. We suggest that you put extensive effort into improving your puzzle solving skills, as they will be vital to your survival.

We at Crash Keys beg for your assistance in notifying everyone you can so that no one is left in the dark about this dangerous game. The world will end up in a tumultuous uproar, and ultimate consequences will be unavoidable unless word gets out. Use all the time available to you before the summer of next year to contact your loved ones and prepare; our intelligence hasn’t been able to focus in on an exact date at this time. Do not fear – we are here to protect you and prepare you to our utmost ability so that you may survive. You will survive. We will use all channels available to contact you with updates as soon as we uncover them. You must be ready.

You can also find the live announcement below, courtesy of Nintendo Everything: